With a bit of imagination and some terrific local narrative you can be transported back in time to neoclassical Athens.

I stood, eyes closed, in front of the Greek parliament.

Our tour guide Sotiris asked our group to think about the 19th century. The parliament was a newly built palace. Royals from Bavaraia were about to move in, and they said it was missing  something special that needed to be created with equal beauty and standards as in other European cities.

That special something? A royal garden.  That was how Queen Amalia’s prized Royal Gardens of Greece were born. Called the National Gardens today, the 15.5 hectares space of lush, green public space was built to her standards as an oasis of 19th century romanticism. So we walked to the garden to start off our tour. 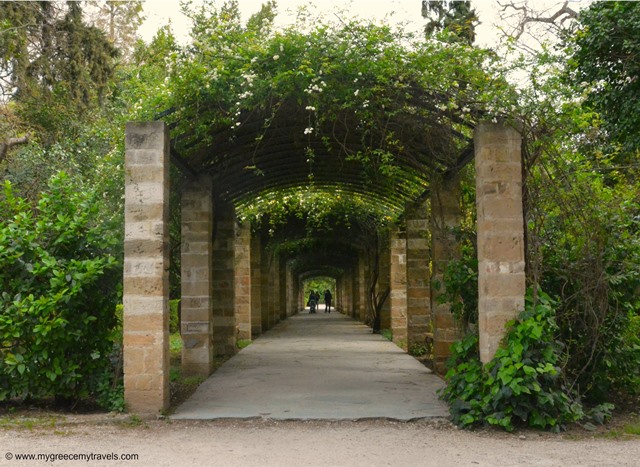 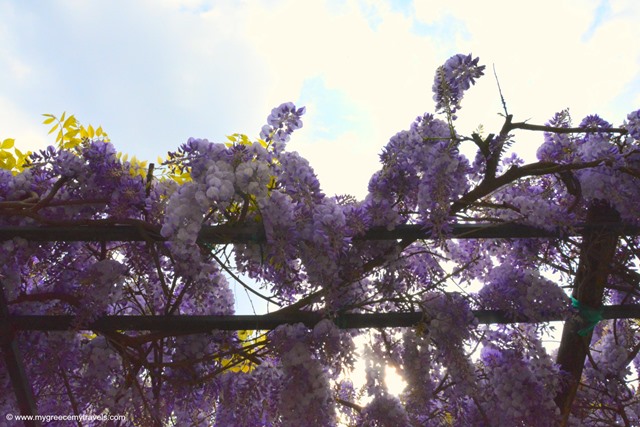 As we walked, I was ready to find out more about neoclassical Athens,  Greece under King Otto’s rule.

While the king was busy with his matters, Queen Amalia was fiercely dedicated to her park pet project which was commissioned in 1838 and completed by 1840.

German agronomist Friedrich Schmidt designed the park and included more than 500 species of plants and a variety of animals were shipped into Greece including peacocks, ducks, and turtles, but not all of them survived the Mediterranean climate change.

Sotiris, our tour guide, explained that the queen was very particular about how the gardens would be built and what went where. She even  had a giraffe shipped over. After all, she had high standards to maintain. 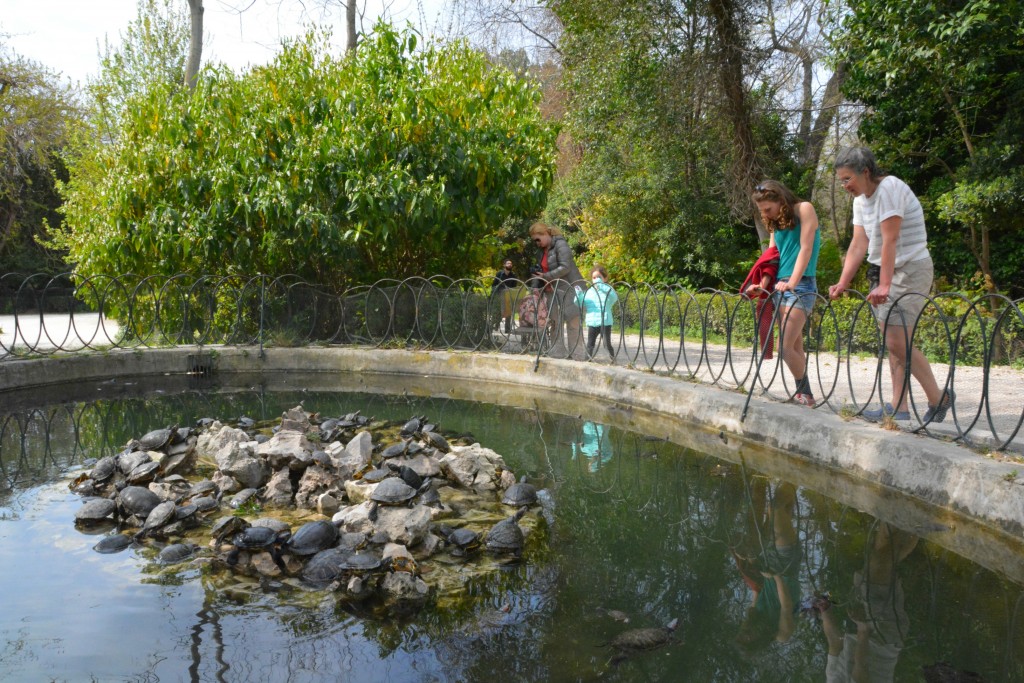 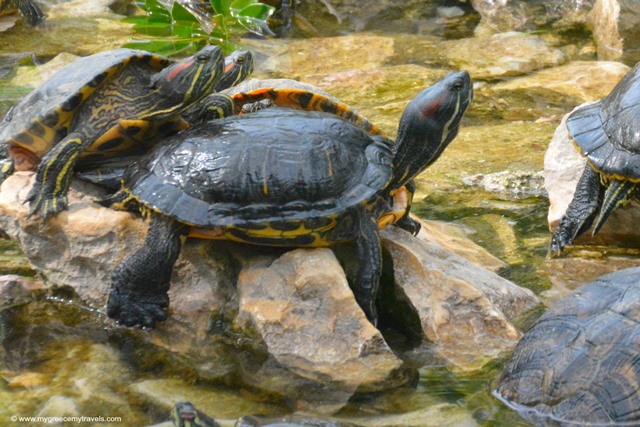 Living in Athens for six years, the park was always part of life. I’ve  watched movies at the open-air cinema, rushed through it to get to meetings, attended events at the Zappeio venue and even ran through the park for various city races. The tour offered me the time to stop and think about the city landmark’s storied history and the lives of those neoclassical royals who were eventually ousted from Greece.

Sotiris brought us past ancient ruins, crumbling mosaics, fountains, iconic columns and smaller gardens within the garden that all connected through a maze of tree lined pathways. Along the way, we laughed over some interesting stories he had learned about how the royals lived and what they demanded — besides giraffes.  Special royal cows for special royal butter, anyone? 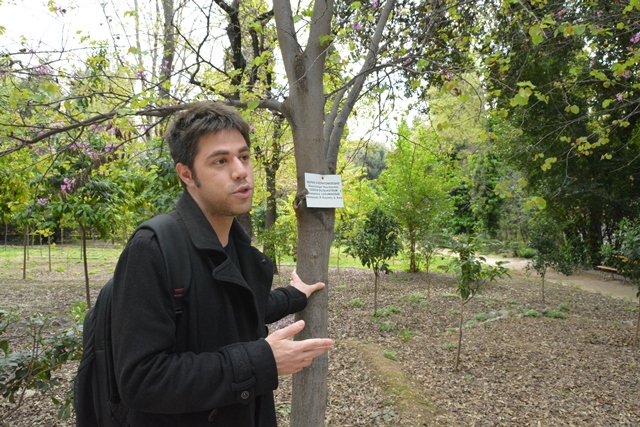 Museum of the City of Athens

The second part of our tour led us to the Museum of the City of Athens, housed in a neoclassical building located quite near to the park.  It was one museum I hadn’t visited in Athens yet.  It turned out to be a great little place to earn a visual grasp on neoclassical era of Athens. In fact, the building was the temporary home for the king and queen before the palace in Syntagma Square was completed. 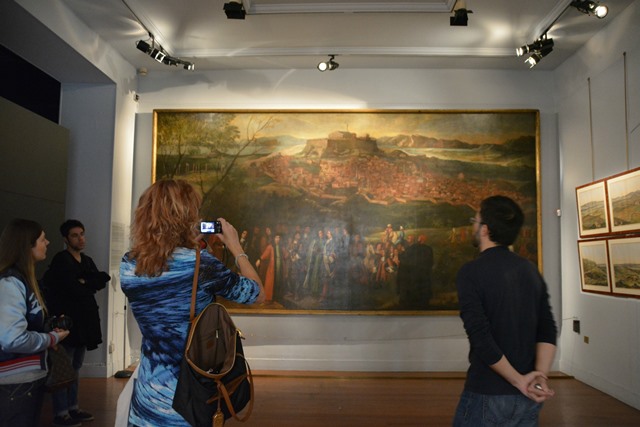 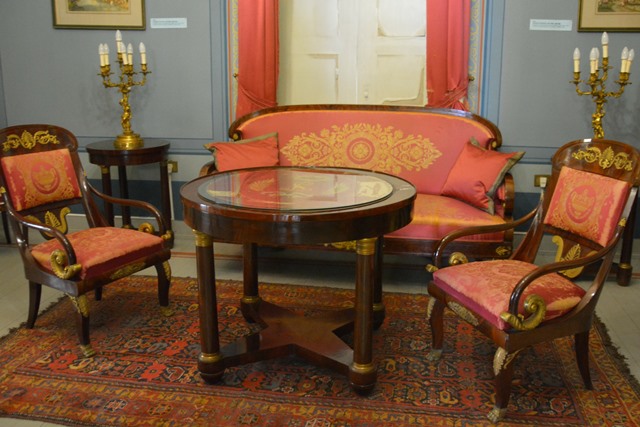 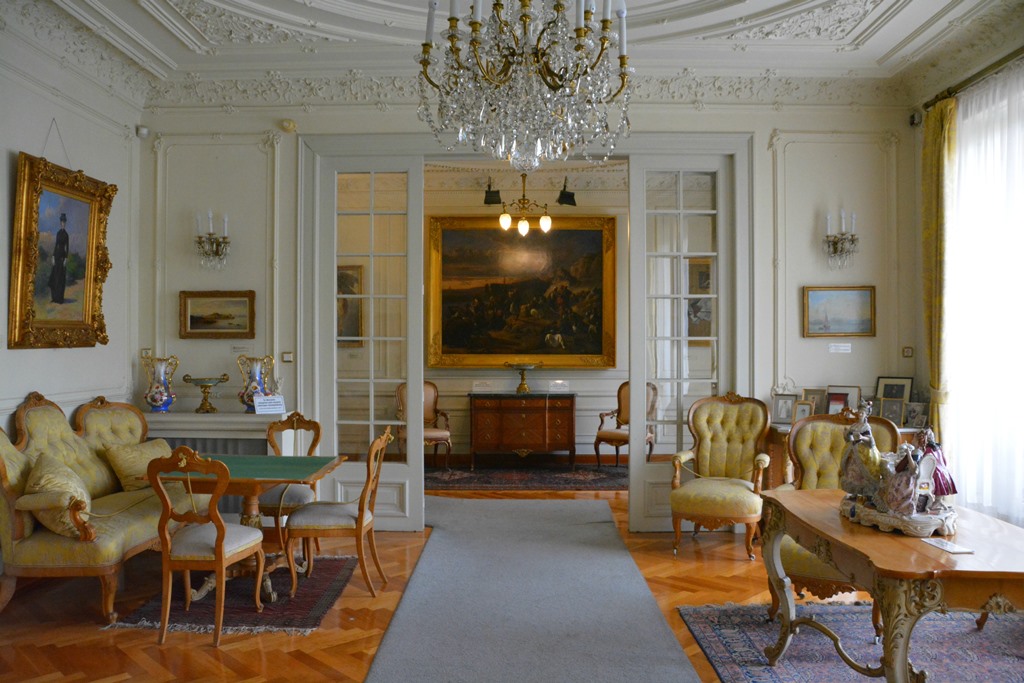 The Royal Life During Neoclassical Athens

Highlights included a large scale model of Athens as it was in 1842, paintings by iconic Greek artists and collections of property and furniture from King Otto and Queen Amalia’s reign. The museum also offered a view on fashion. Queen Amalia turned out to be a fashion icon because she introduced the first modern, stylish yet folksy national Greek costume still known as the Amalia dress. It became popular among women of the city and throughout other Balkan cities with its fez hat and variations on color. 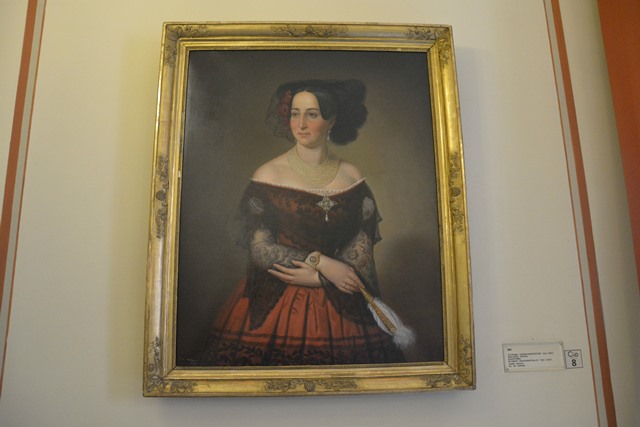 A portrait of Queen Amalia 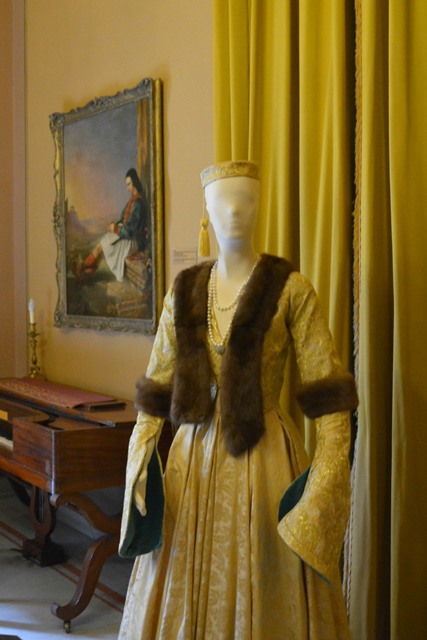 Queen Amalia dresses from the 19th century were all the rage. Check out that fez!

To make a long story short, King Otto and his fashionable young queen were eventually exiled. Queen Amalia wanted to have a child but was not successful. Not having an Greece-born heir (the baby was to be Greek Orthodox) also harmed their popularity. During their exile back in Bavaria, I found out that the royal couple missed Greece so much they spoke Greek to each other for two hours a day to remember their time in Athens. 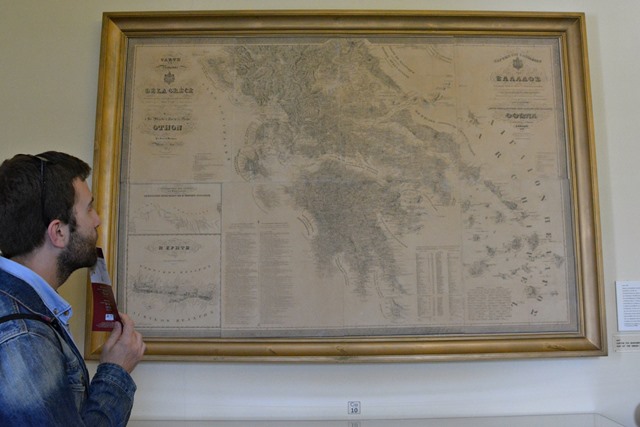 To our surprise, we even ended the tour royally. 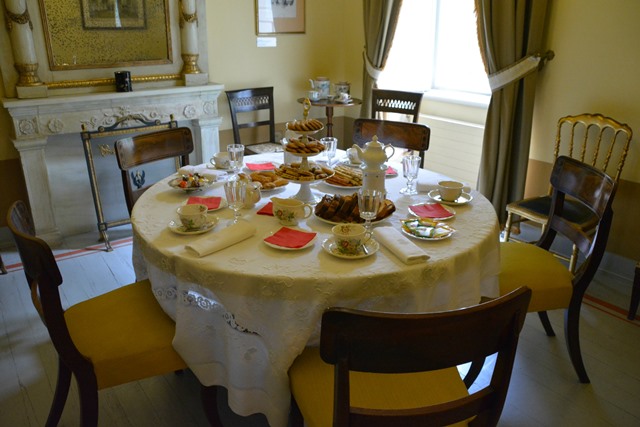 Sitting down to a royal neoclassical private tea

In a roped off private area we enjoyed a selection of tea, coffee and snacks, you know, as if we were queens and kings of a neoclassical era. 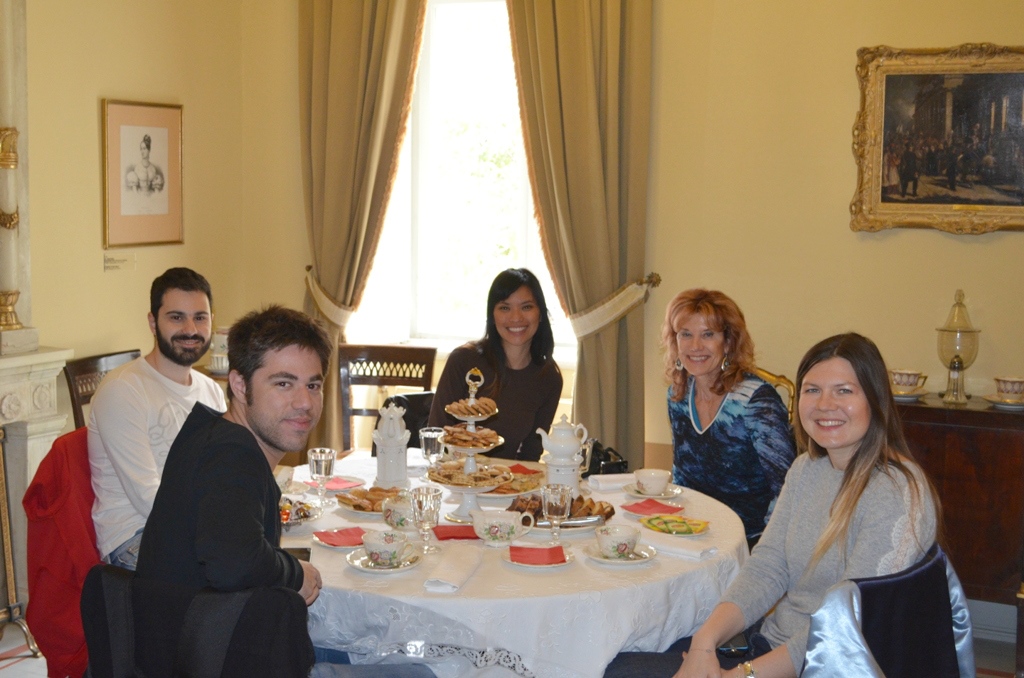 The Discover Greek Culture tour is an introduction to the little known Kingdom of Greece.  Highly recommended for those who love the history and historic lifestyle of royalty and the history of Europe/Greece.

Have you ever visited the National Gardens?  Tell me about it!