How to Spend a Rainy Day in Kotor Bay

In the short time we learned how to spend a rainy day in Kotor Bay.

Part of it was certainly the grey day weather. The other part had to do with where the bay known as Boka Kotorska, is situated.  Considered Europe’s southernmost  fjord, it is tucked in a corner of an expansive deep-emerald bay, fenced by sloping dark cliffs. 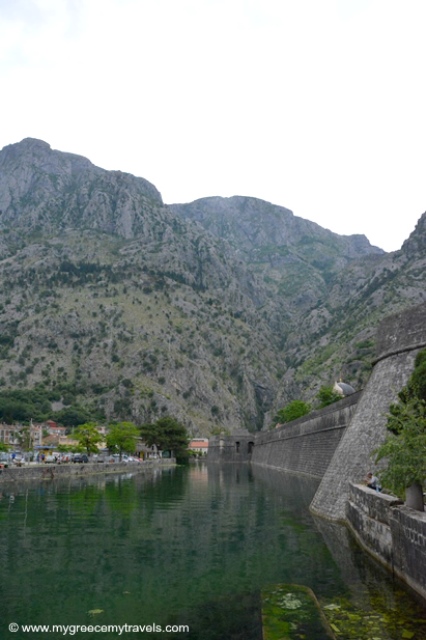 5 Things to do in Kotor Bay

We only had a few hours to check it all out in the drizzle.

Here are a few things to do in a few hours –  on a rainy day – in Kotor Bay. Just bring an umbrella!

The southwestern Montenegrin town’s solid stone walls were built in the 9th century and were added upon for ten centuries  afterwards. These solid grey walls dramatically curve up the mountain slopes behind it.

As I walked into town from a nearby parking lot, I just barely traced the cliff hugging bulwark.  The structure blended in perfectly with the natural sloped surroundings. Then again, the rainy late-May day helped camouflaged the details too.That’s when I knew that my attempts to photograph the town as I had seen it in travel articles – the sun highlighting its old world charms and colors – was not going to happen. It was still all green and pretty. 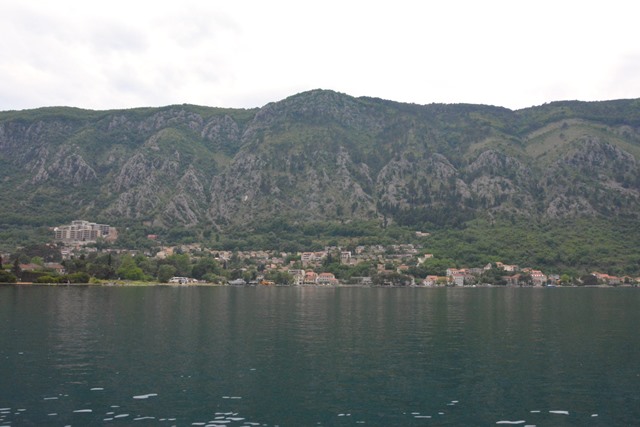 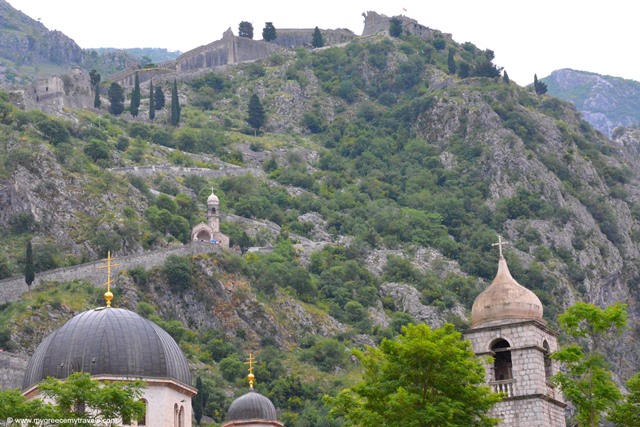 There are entry points at North Gate and Trg od Salate where you can begin a hike up about 1,200 meters (1,350 steps) to a 260 meter above sea-level viewing point from the Church of Our Lady of our Health. 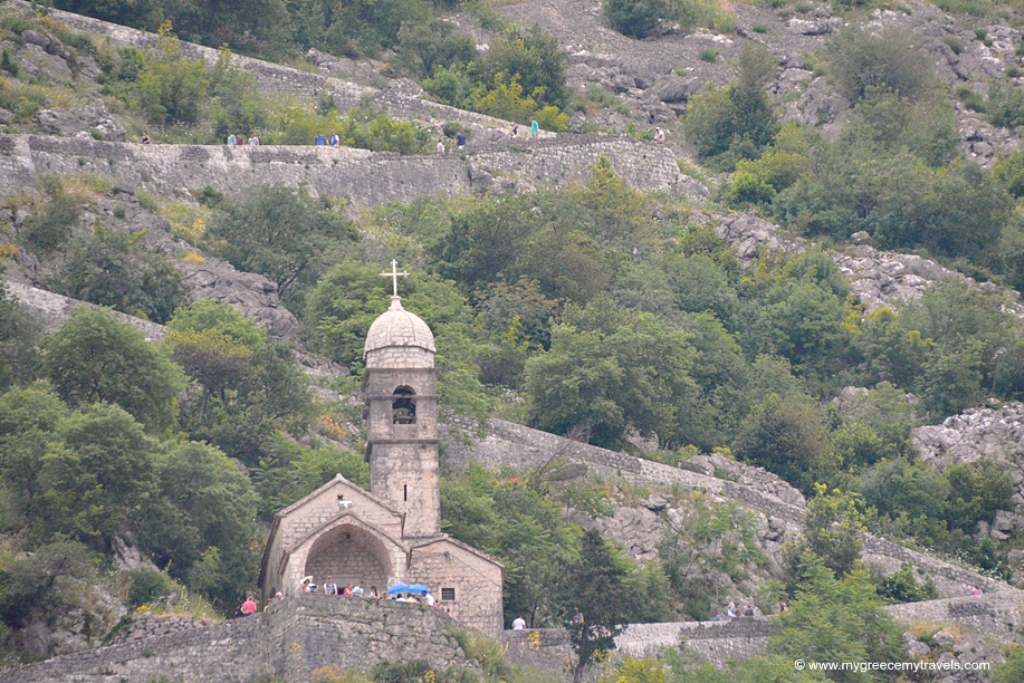 Church of Our Lady of Our Health. 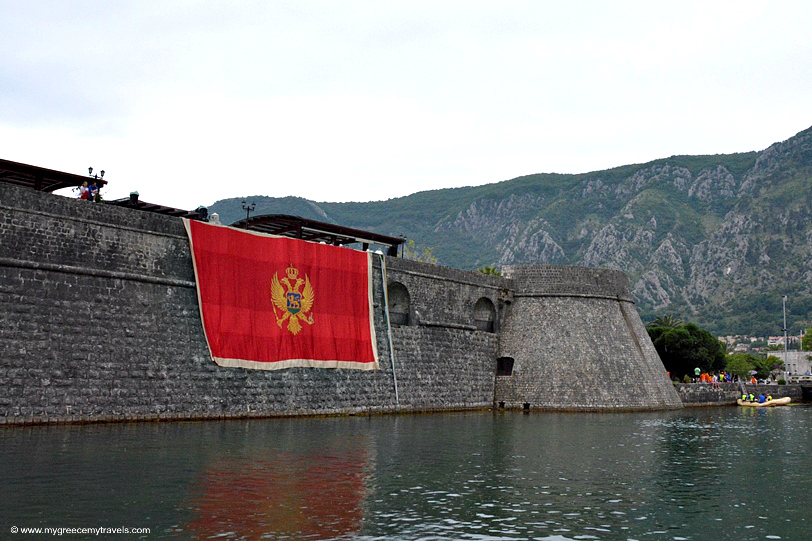 2) Check out the Sea Gate

This is the main entrance where to the left you can get a free map of the town. Built under Venetian rule, it was erected in 1555. Check out the flags on the gate which honor the city’s liberation from the Nazis. 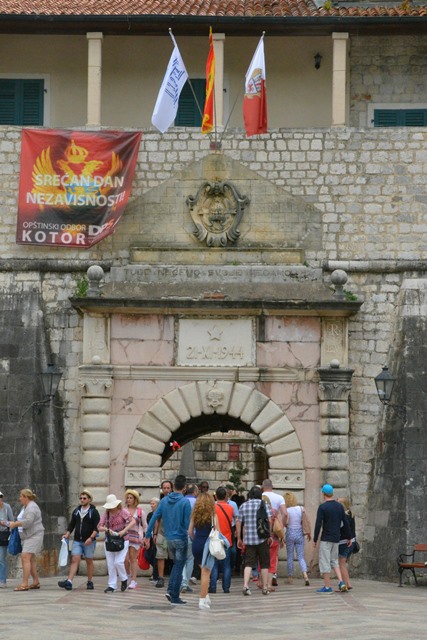 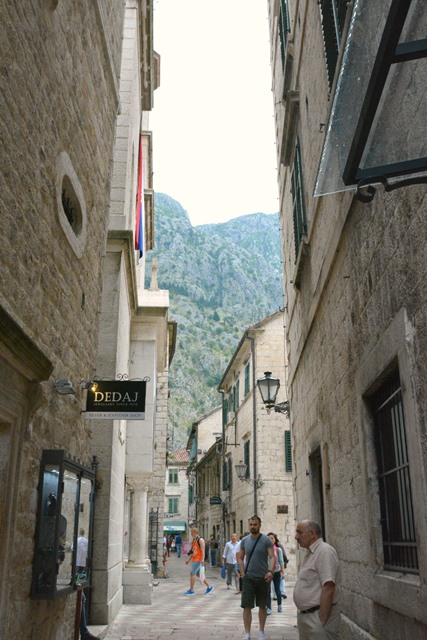 Once inside the walls of Kotor Bay.

3) Take a Stroll Through Town

We wanted to take a quiet stroll, but we realized  that wasn’t going to happen.

Buzzing with activity, it was clear Kotor Bay was just welcoming the unloading of a Celebrity cruise ship which, in some ways, hampered the experience I was seeking. Cruise ship tourist season begun already and there were swarms of guided international groups pushing their way through the charming stone paths of the little town and filling up every shop and eatery in the quaint stone piazzas.

Still, my sister and I tucked through the crowds, dodged a few selfie sticks and found more tranquil corners to enjoy our limited time. 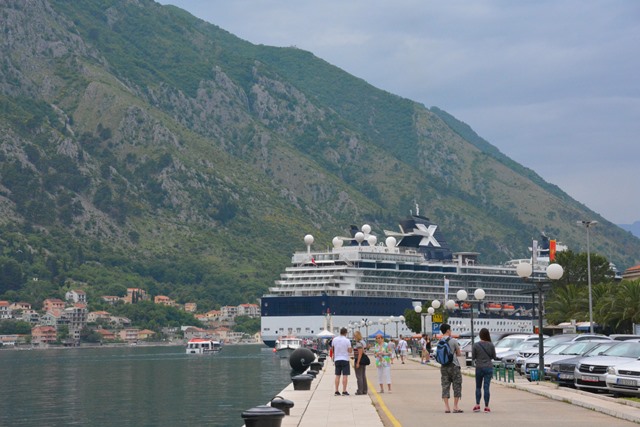 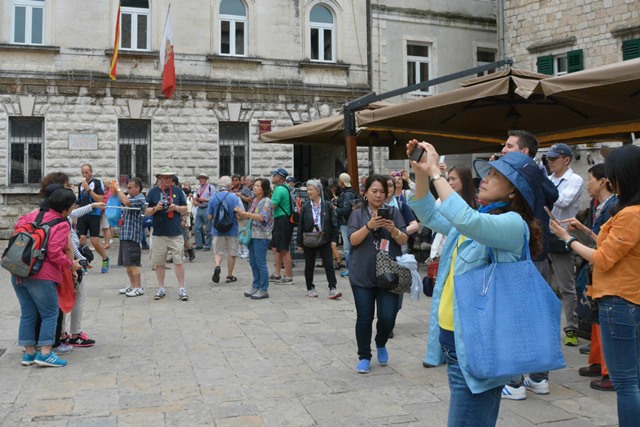 The lofty mountain surrounding Kotor Bay rose over the town and, even in the grey tinted sky, offered a dramatic view as we explored the streets.

The town itself developed around its historic buildings catering to mass tourism. Souvenir shops, jewelry and clothing boutiques and hotels lined each way.  Meanwhile, restaurants with workers front and center, speaking all types of languages, sung their attributes as we passed. 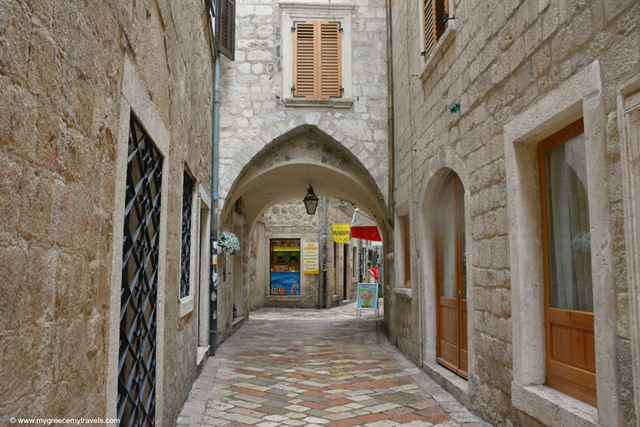 These were quiet lanes in town.

5) Admire the Churches of Kotor Bay

With its well preserved architecture it was an example of a finely preserved medieval town. It was honored as a UNESCO World Heritage Site in 1979. Orthodox and Catholic churches dotted the town making it clear to see why it grew into a major pilgrimage site. 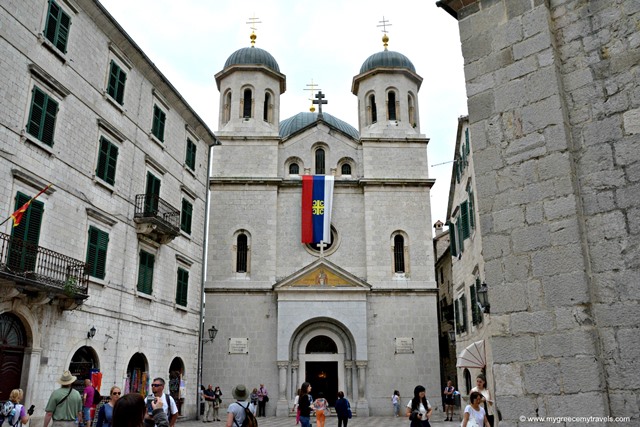 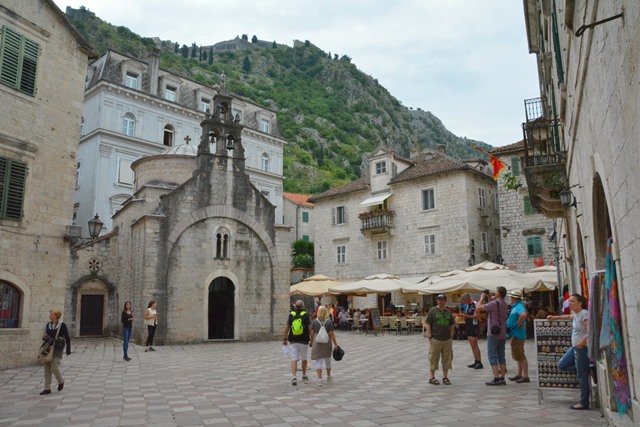 Be sure to head to St. Tryphon’s Cathedral. The Catholic cathedral was built in the 12th century and reconstructed since then after several earthquakes. 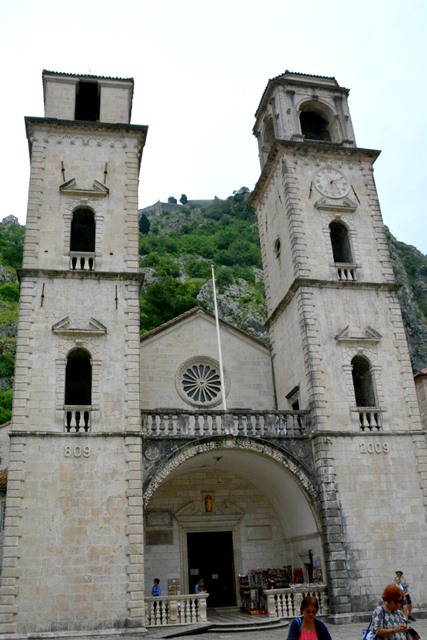 Few Hours During a Rainy Day in Kotor Bay

Despite the rain we walked through history. Kotor Bay was built on a tempestuous past, a place where cultures clashed even back to ancient times.

I must admit, I would have loved to spend more time in Kotor Bay without the cruise ship crowds. I didn’t get to hike up to the church for the panoramic bay view it seemed to promise or hike at all due to our time limitations.  I had even read about a a caravan trail known as the Ladder of Cattaro.  Still, even for the few hours and short stroll through Kotor Bay’s famous fortress stone walls, I appreciated the beauty of the gloriously storied Balkan town. Rain or not, it was a memorable experience during my trip to Montenegro.

Have you been to Kotor Bay? Did you ever spend a rainy day in Kotor Bay?  Tell me about it!