During my bicycling in Paris experience, I took in the sights of the City of Light leisurely pedaling a bright baby blue bike named Asterix.

From the moment I walked the streets of the City of Light, Parisians zipped by me on two wheels. It was clear that bicycling is a way to get around. Some pedal off on their own bikes while others rent Velib bikes from street kiosks.

While I was in town, I had the opportunity to kind of feel like a local getting around on a bike. With Blue Bike Tours I had the chance to pedal about with the wind in my hair and without having to worry about getting lost. 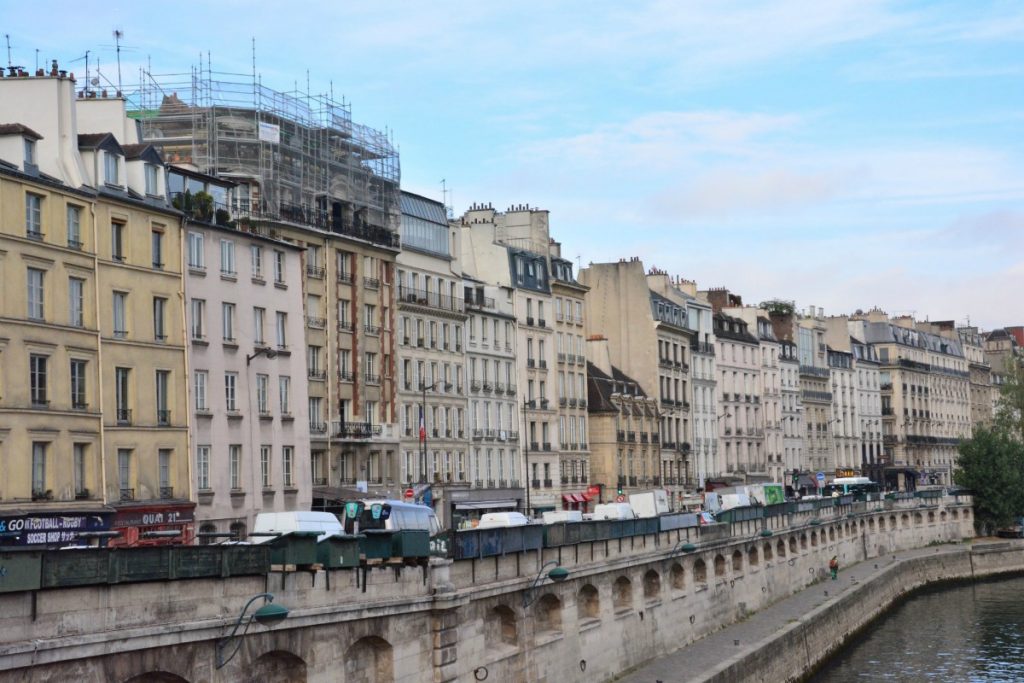 Many designated paths lined the city streets and districts.  I learned since the 90s, bike lanes have grown to 700 km (430 mi) in Paris. Here’s what it was like heading up and down during my afternoon with Blue Bike Tours. 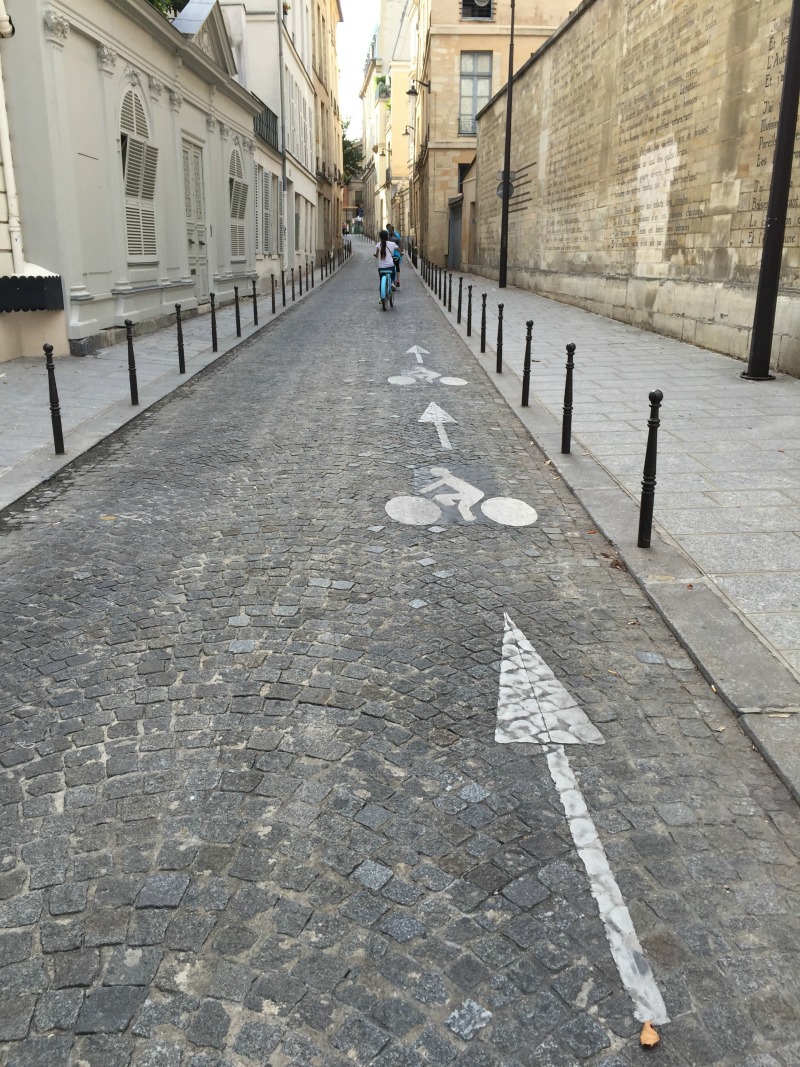 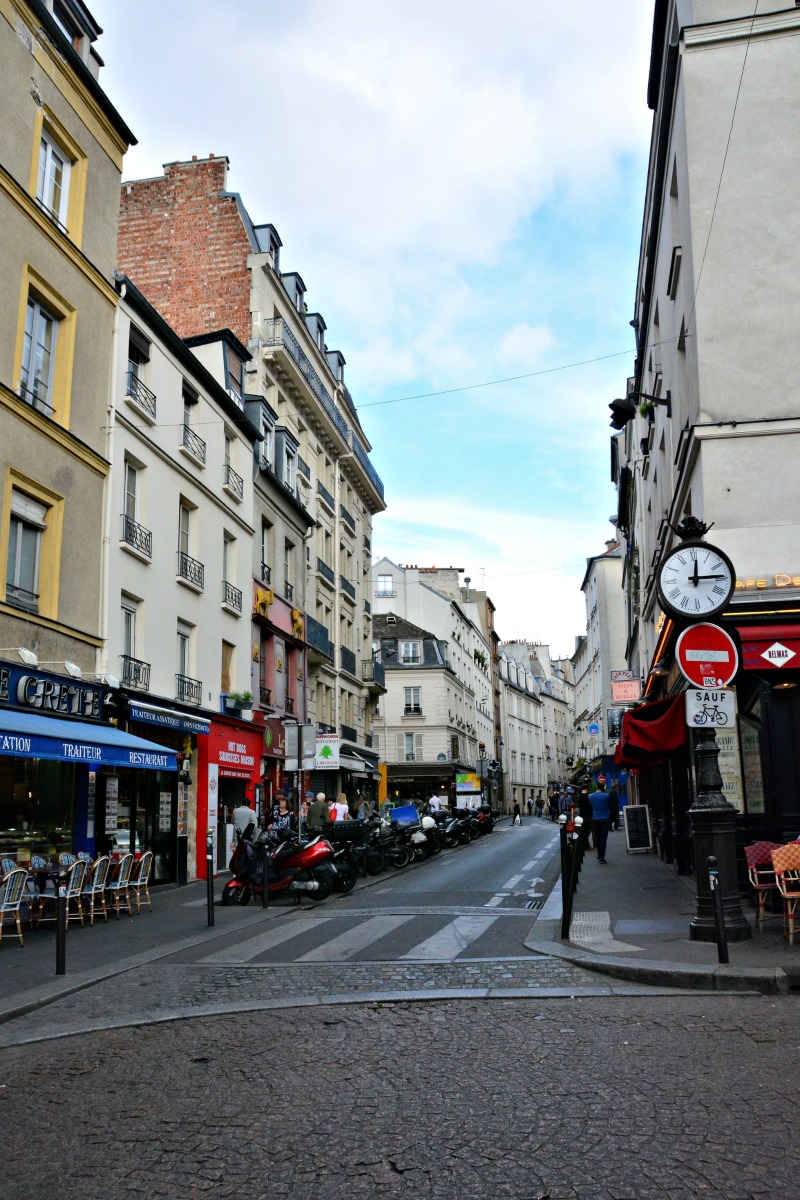 We picked up our bikes from an underground car park near the Seine. Each baby blue bike had a name tag on the handlebars to avoid confusion. My bike was named Asterix (a European cartoon character).

Next thing I knew I was breezing behind our small group through Paris.

The Eiffel Tower wasn’t on the tour stop list and we breezed by beautiful Notre-Dame. We were to explore more off-the-beaten path sights of the city. 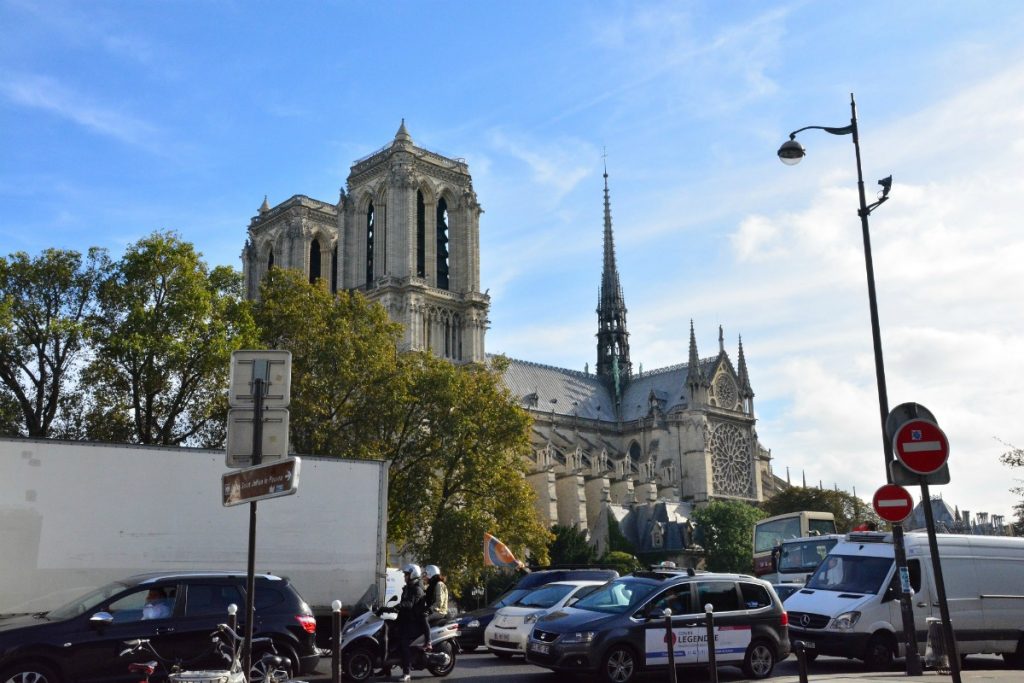 As he led on his bike, our guide Tibault would raise a hand to point out Paris street art. Much of it was colorful, creative and meaningful yet discreet. I may not have noticed some of the pieces without Tibault’s help. I learned the French street artists have made a name for themselves with their recognizable styles and messages. This article in Widewalls lists many of them. 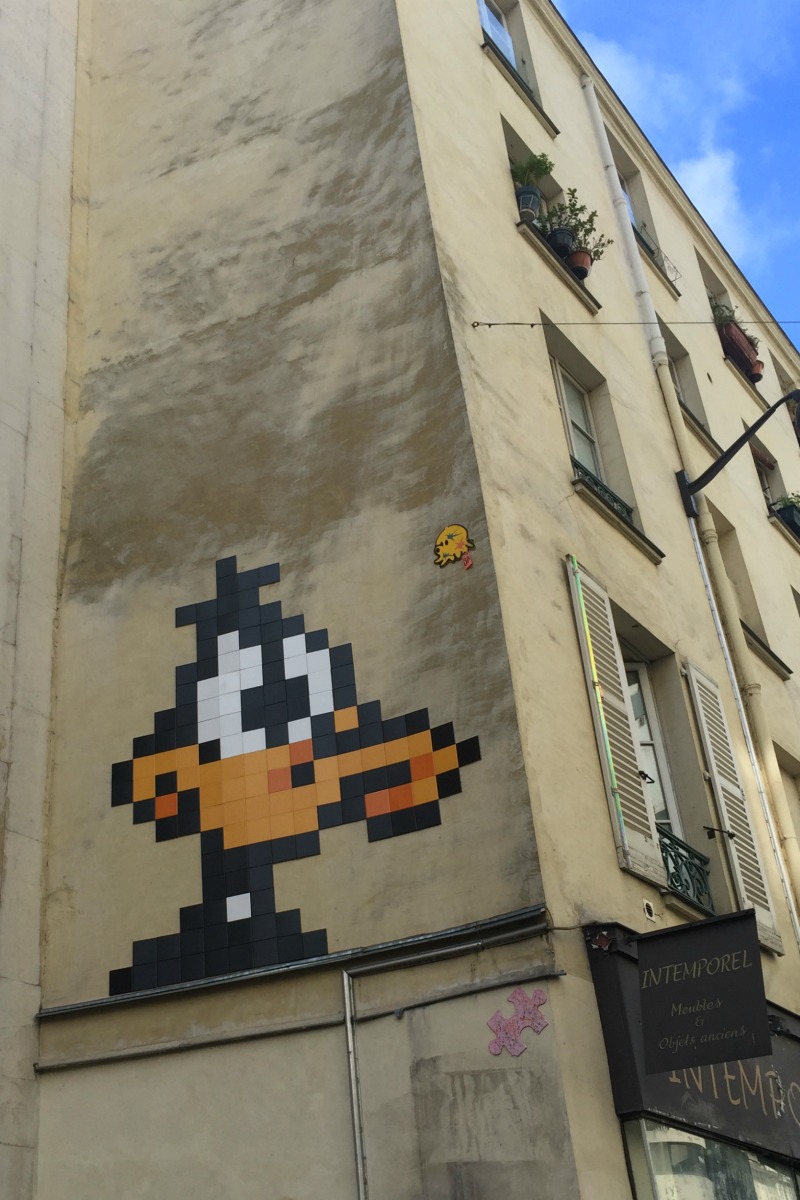 A glimpse of Paris street art. 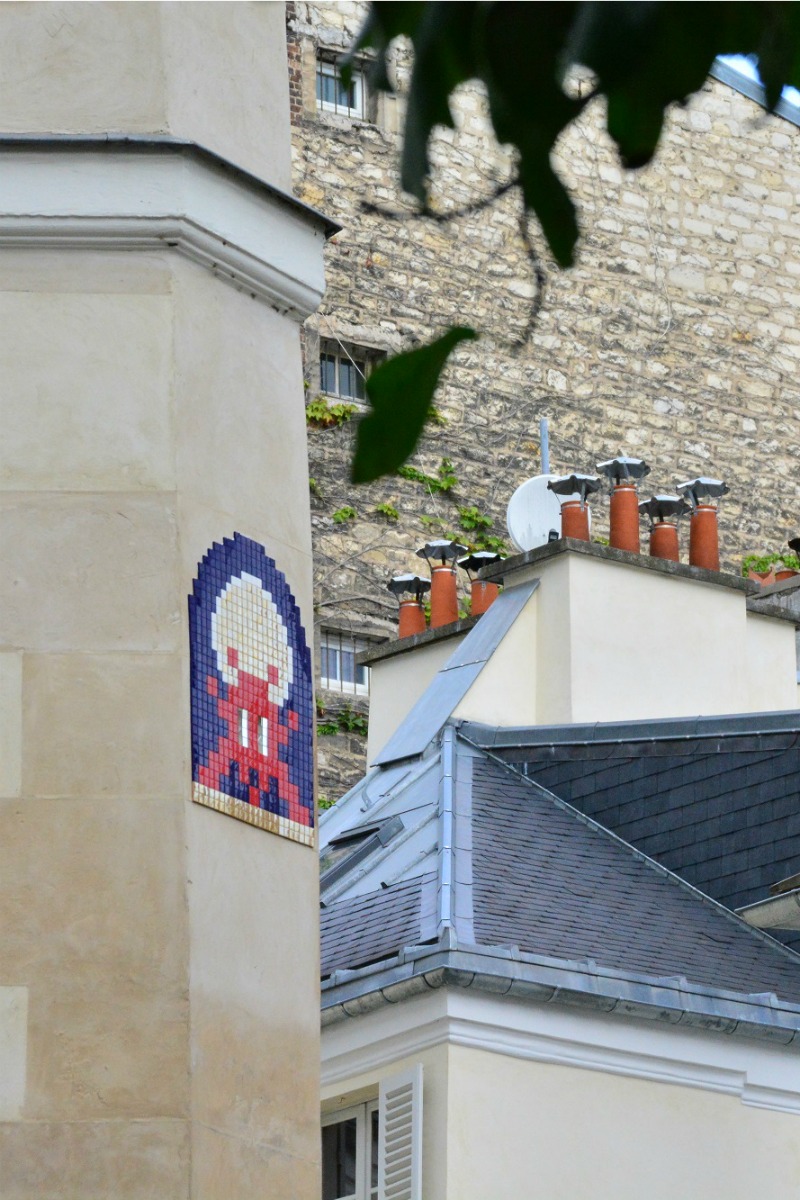 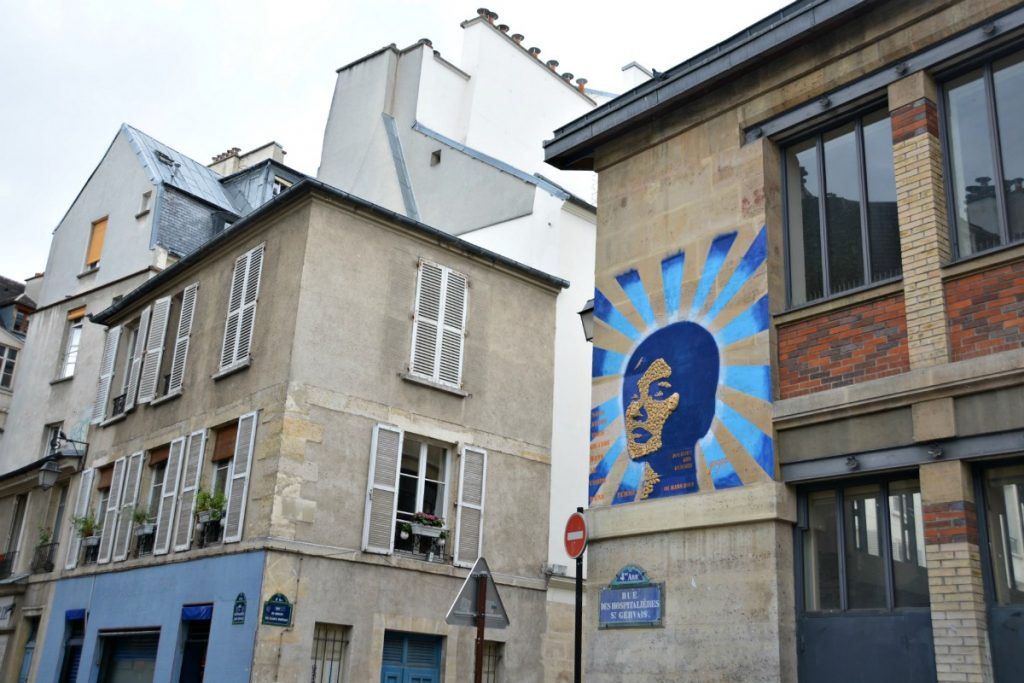 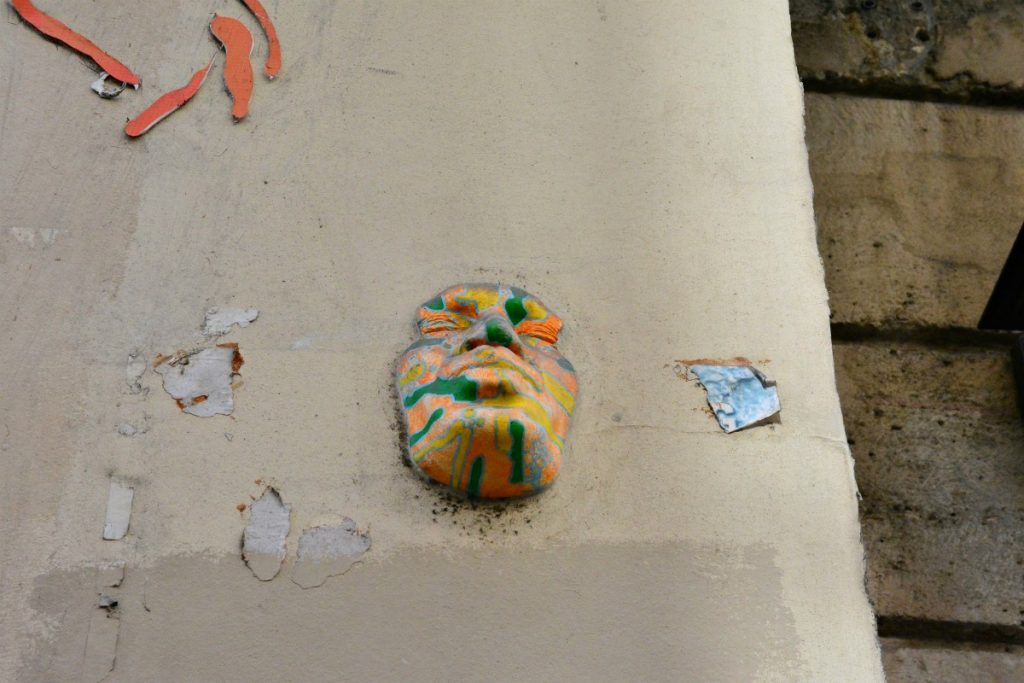 In between breezing through the city we made several stops. The first was to feel the literary vibe at the very famous English language bookshop called Shakespeare & Co.  We also visited the beautiful Sant-Suplice Church, where the Da Vinci Code was shot. 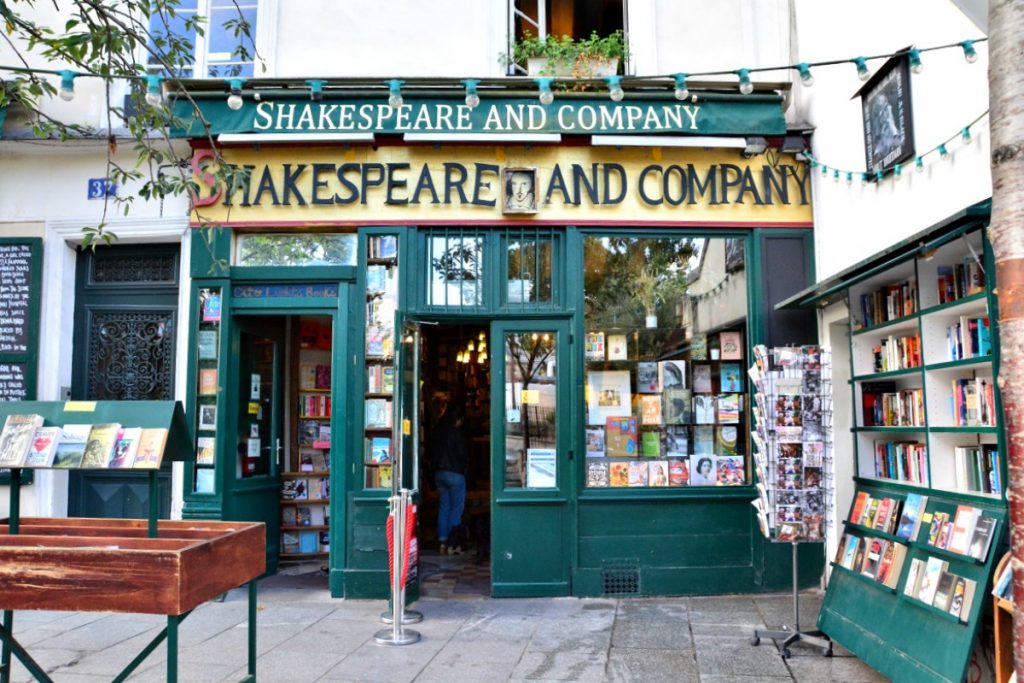 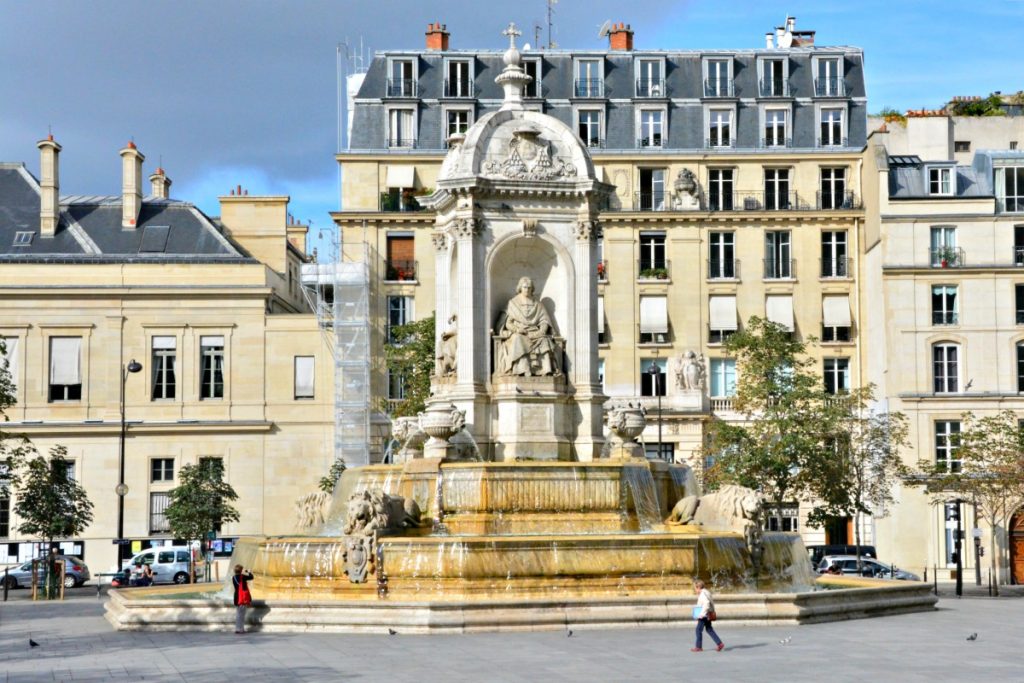 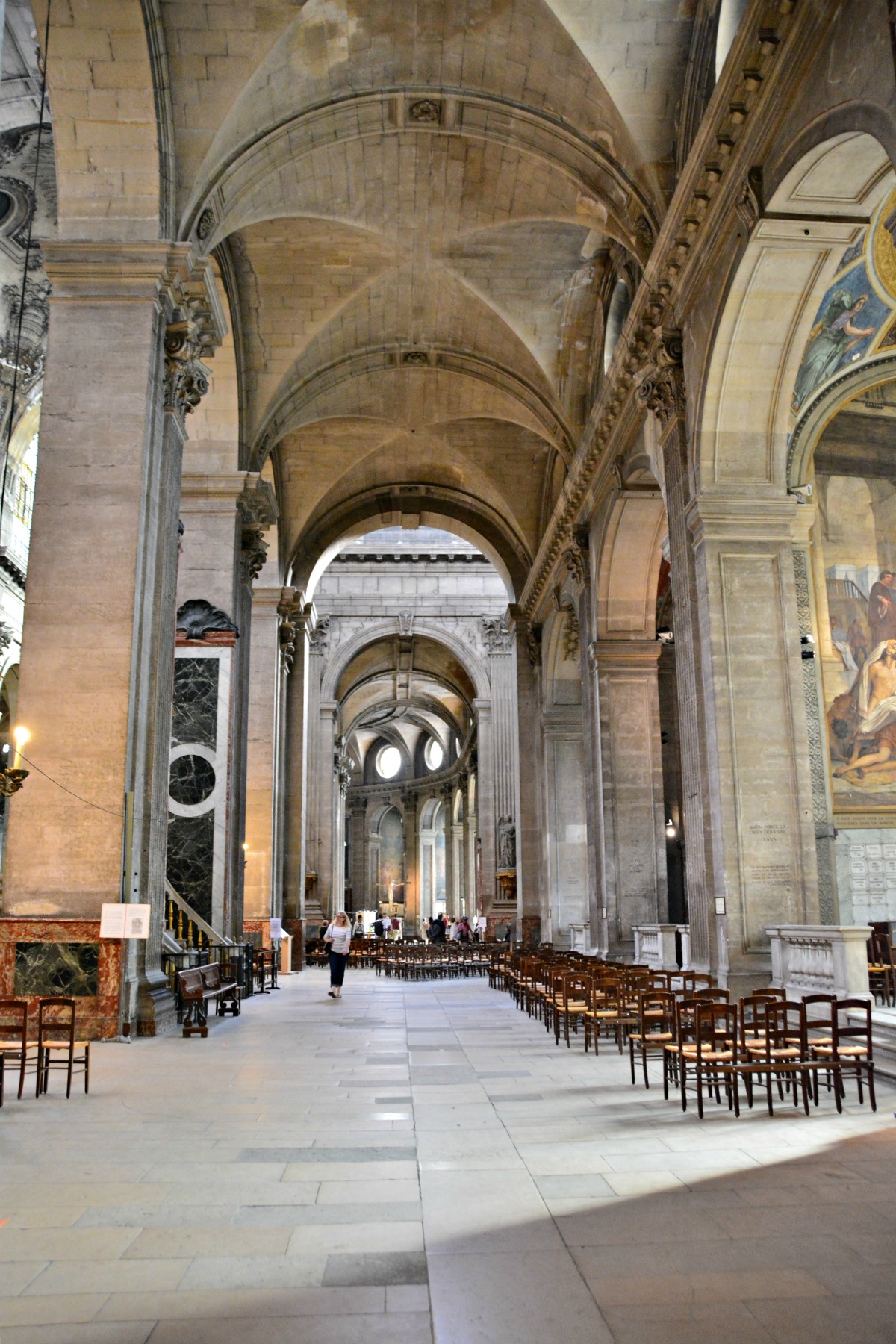 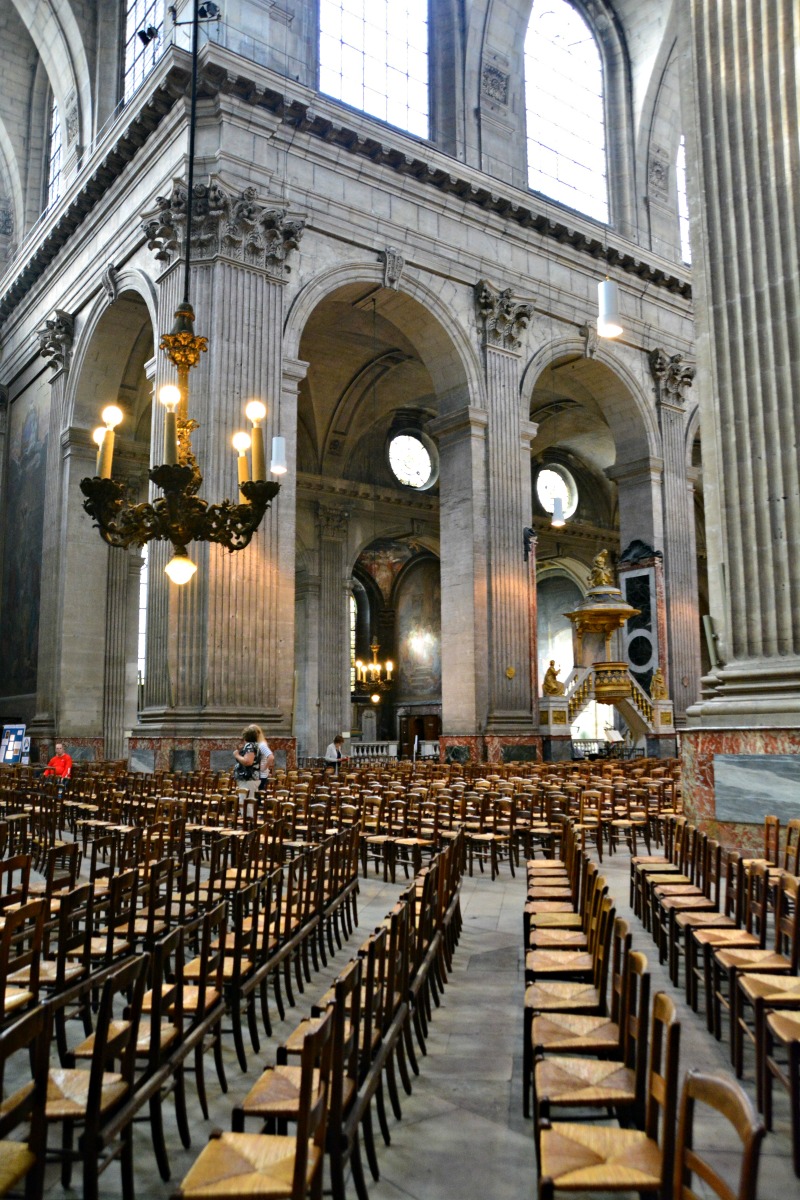 We also admired the grandeur of the Pantheon, rolled our way into an ancient Roman theatre turned park and sat among locals enjoying a traditional French garden square atmosphere at Place des Voges.  I loved pedaling through the picturesque districts of the Latin Quarter (you’ll learn why it is called that) and Le Marais. 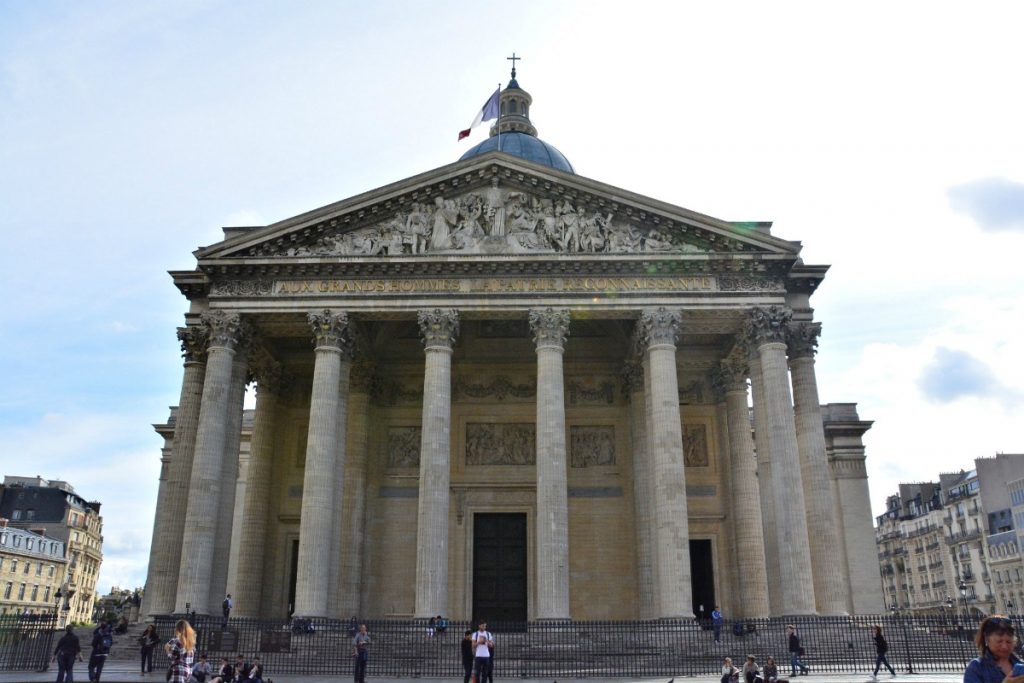 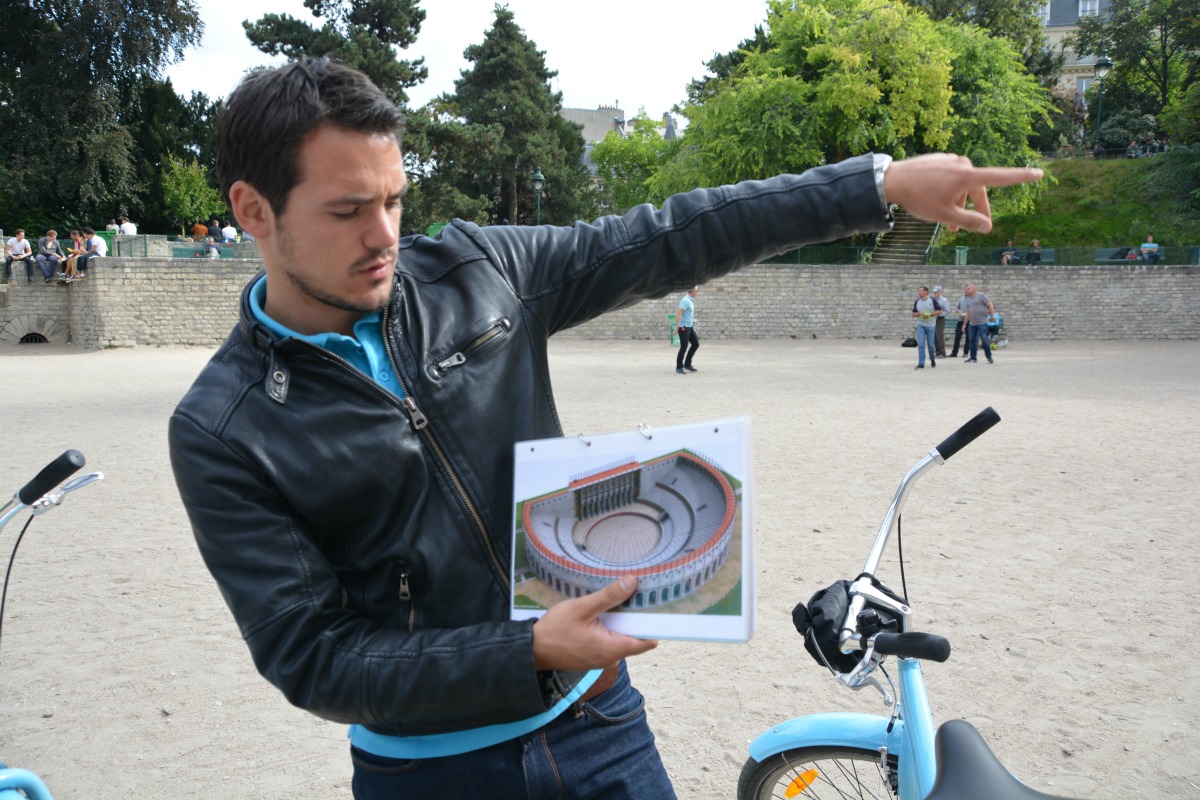 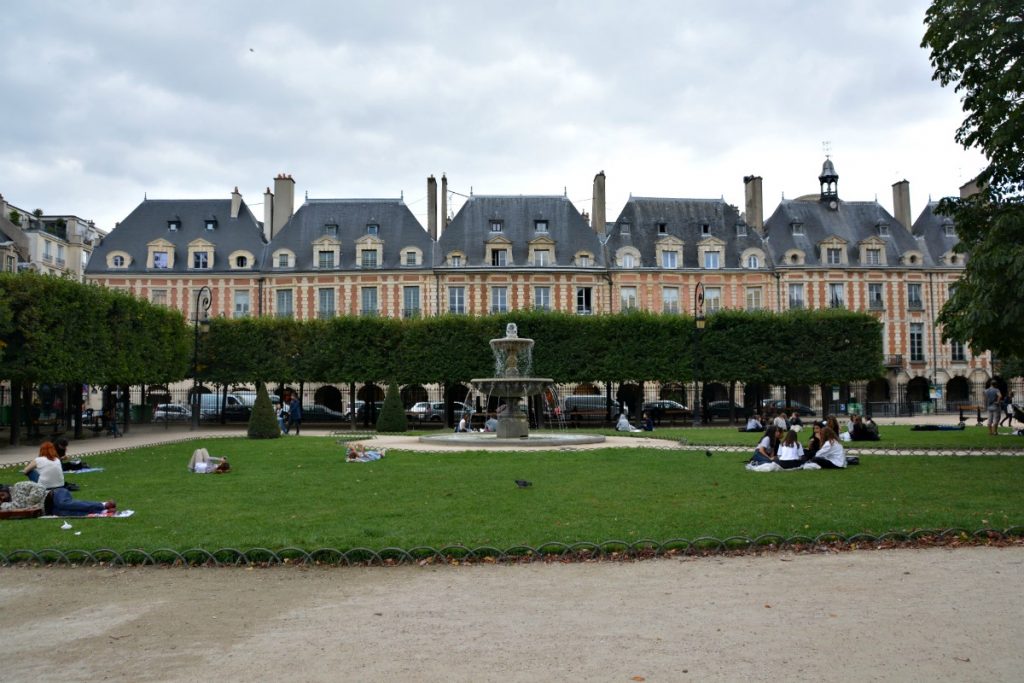 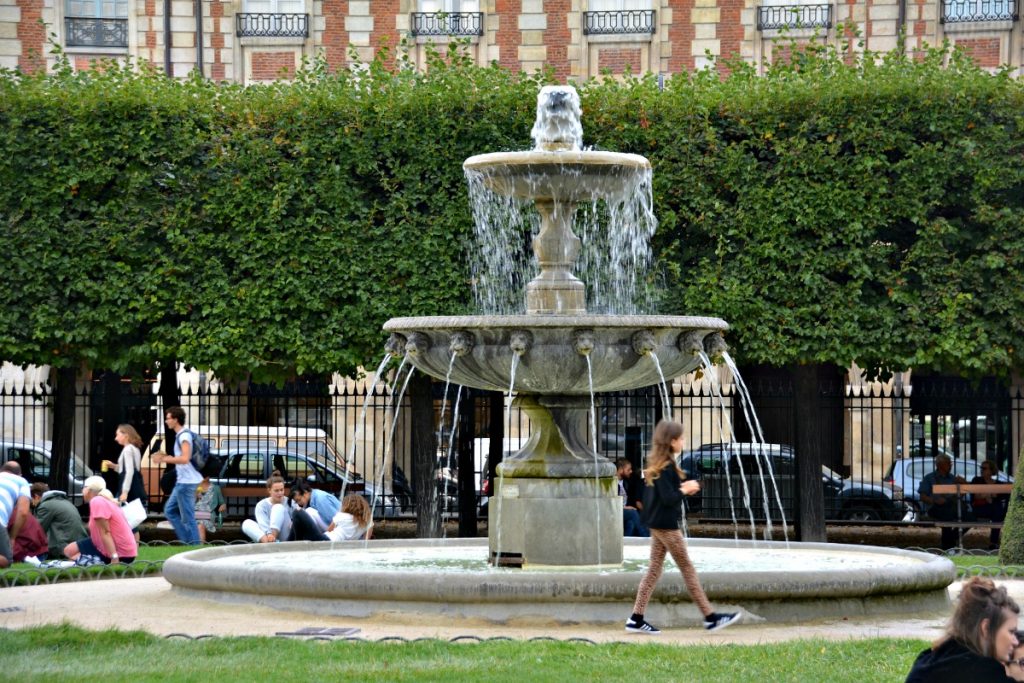 Other highlights included the listening to stories about an ancient city wall that now shadows over a hip whitewashed playground and why a round bullet remains lodged in a church circa early 19th century. 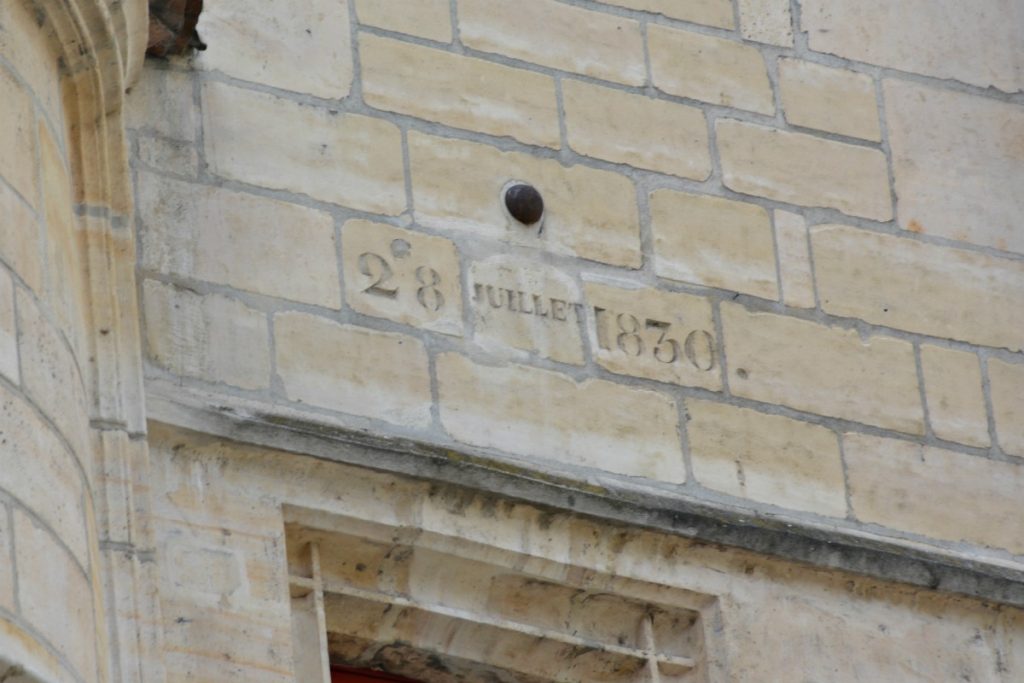 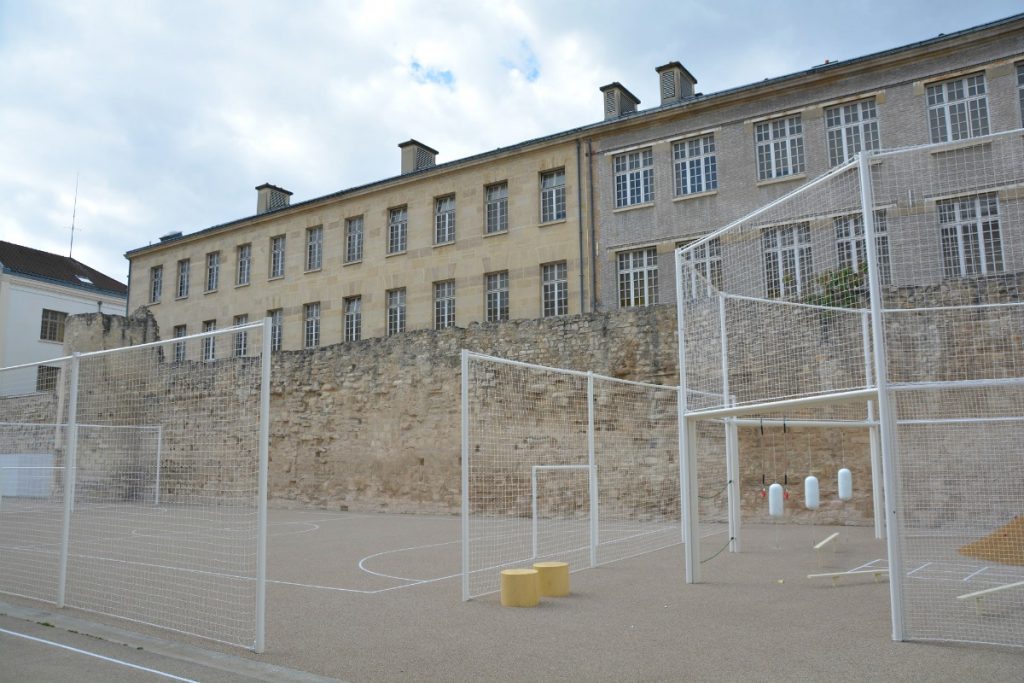 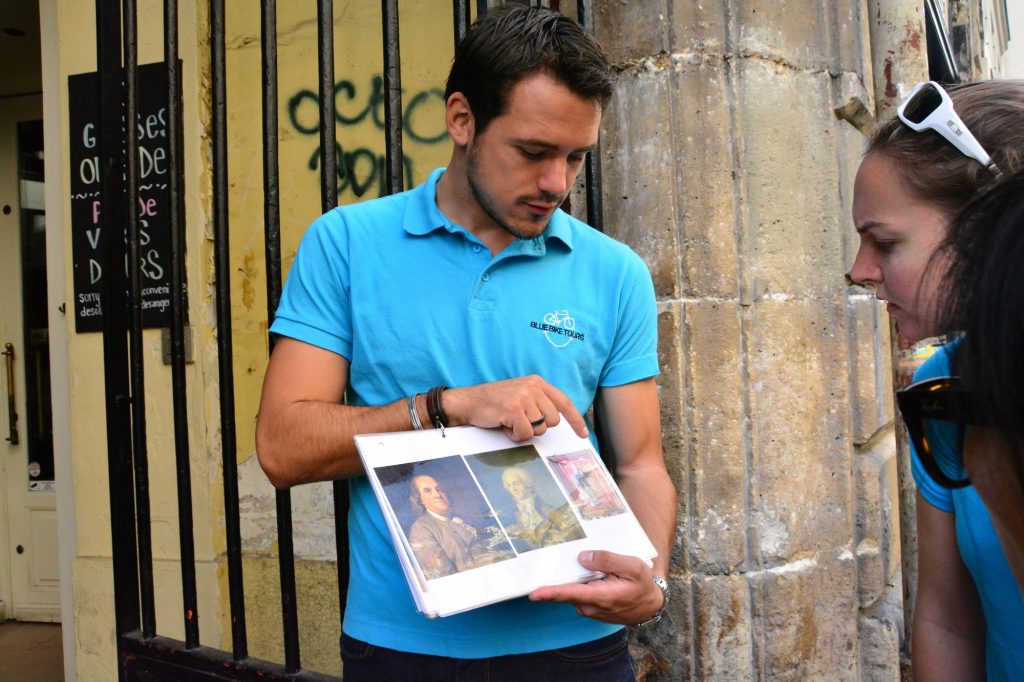 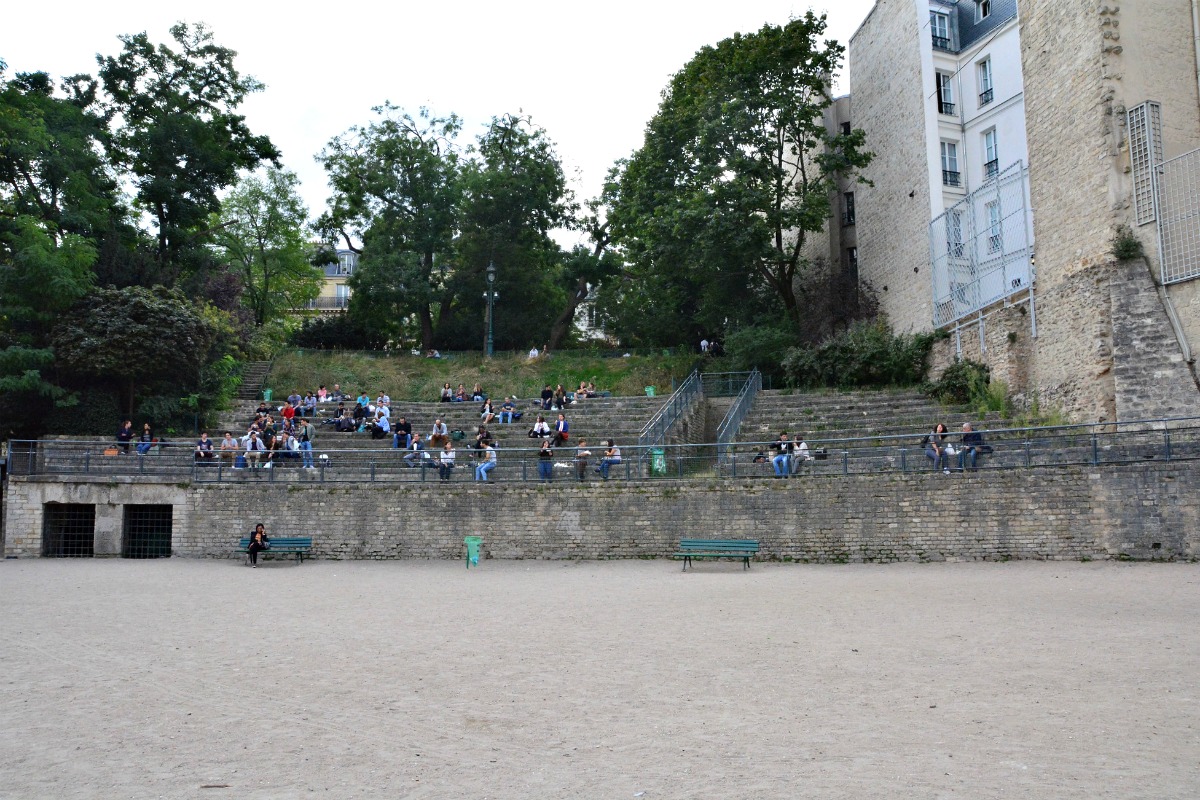 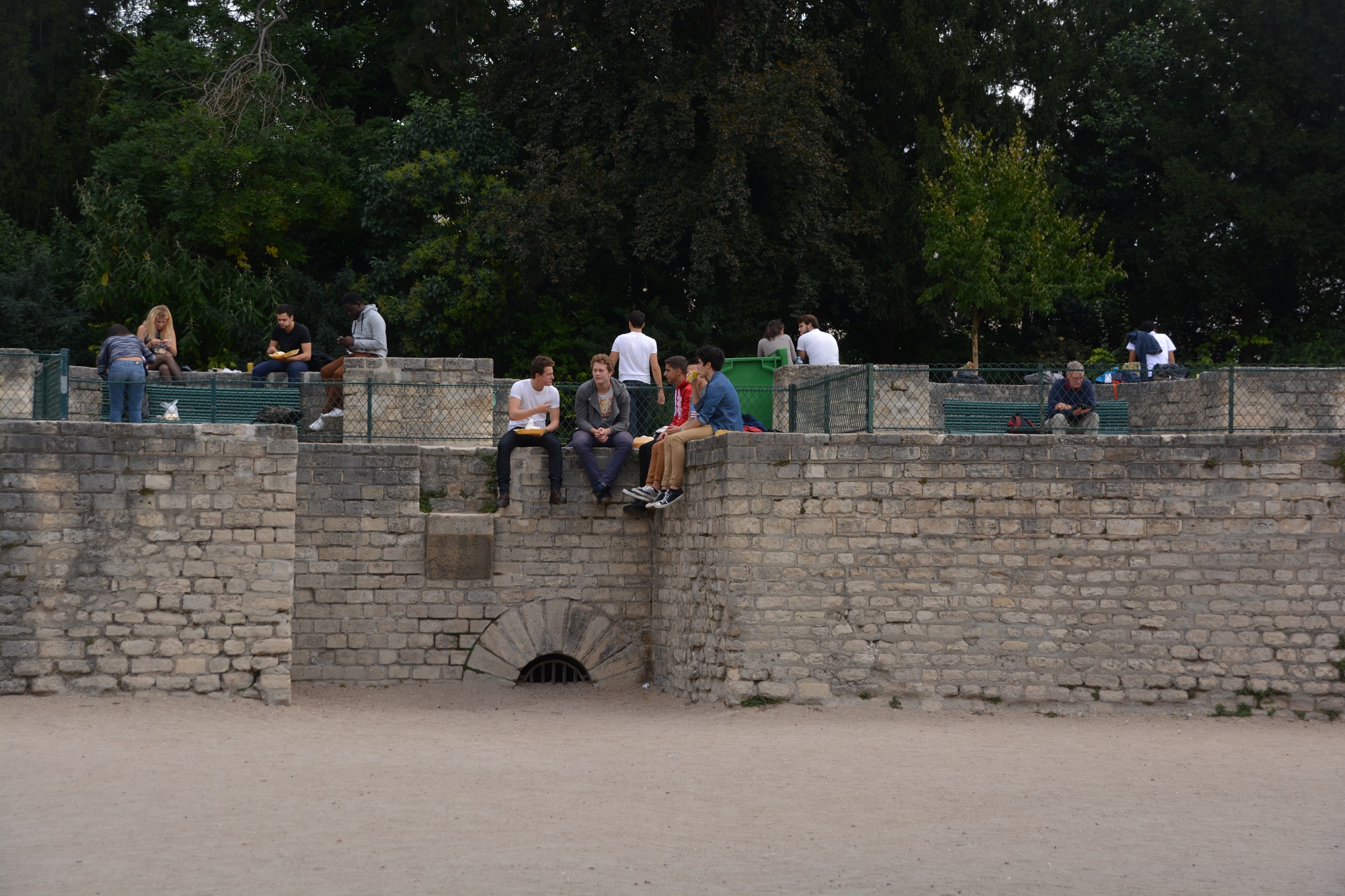 What to Do in Paris

Stay tuned for more about my food and travel adventures in Paris. Don’t miss a post! Be sure to sign up for my newsletter.  Also check out my earlier post 13 Things I Learned in Paris in 7 Days.

A great resource to visit to plan your trip is the Paris Tourist Office website.

Blue Bike Tours
www.bluefox.travel
+33 649 323 649
The Off-the-Beaten-Track Tour is 4 hours long.
Reservations are required.
From 32 euro per person.
*My Greece, My Travels was a guest of Blue Bike Tours. All opinions are my own. 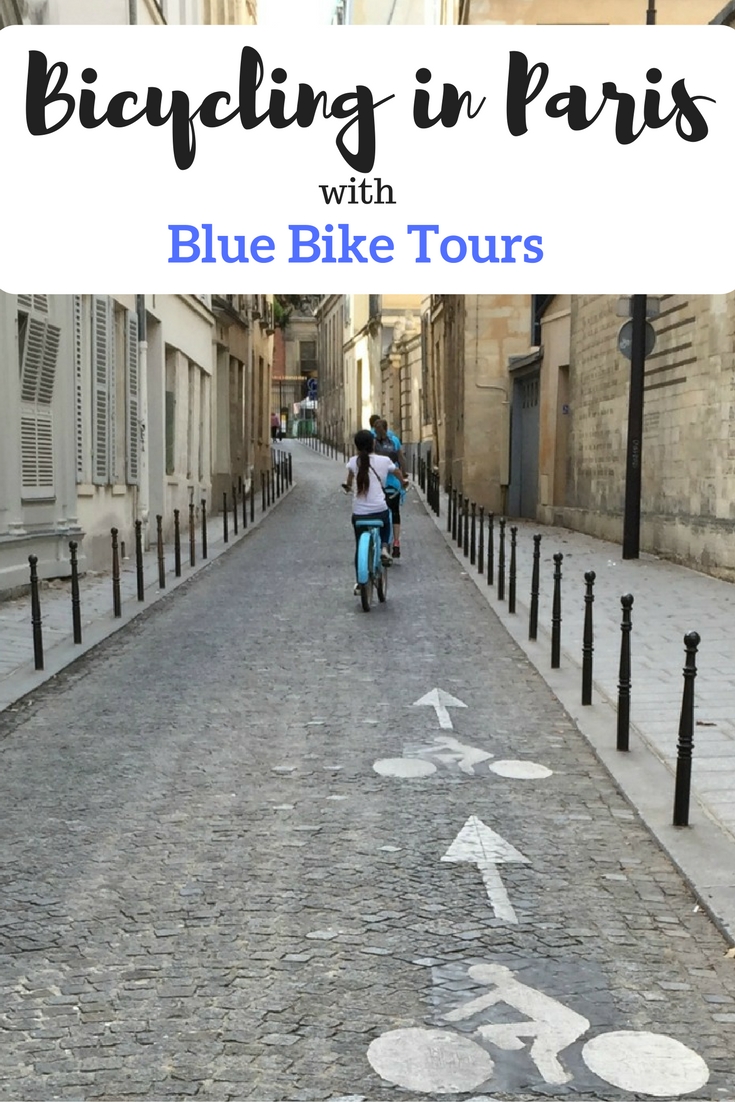 Have you ever gone bicycling in Paris or gone on a great city bike tour? I would love to hear about it!