Herculaneum “The Other Pompeii”

Overshadowed by neighboring Pompeii, the ancient Roman seaside town of Herculaneum tells a similar yet different story as “the other Pompeii.”

Often upstaged to the famous neighbor, Herculaneum was an ancient Roman seaside town that also demolished after Mt. Vesuvius exploded in 79 AD. The differences between the two cities were fascinating to discover up close.

Like Pompeii, Herculaneum offered a wealth of insight into ancient Rome.  Ancient buildings, monuments and mosaics and the frightening terror-struck corpses of citizens that were uncovered also uncovered how an ancient civilization functioned,  a civilization that suddenly ended when Mt. Vesuvius unleashed its fury.

Unlike the commercial city of Pompeii, Herculaneum was a smaller town with a  population of 5,000 and was considered a seaside resort. It was once lined with beachfront properties and known for its wealthy residents and beautiful villas. Dating back to the 4th century B.C., it was thought to have been founded by the legendary Hercules. 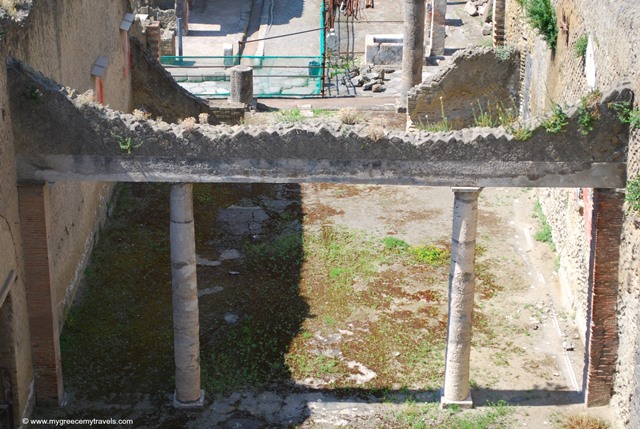 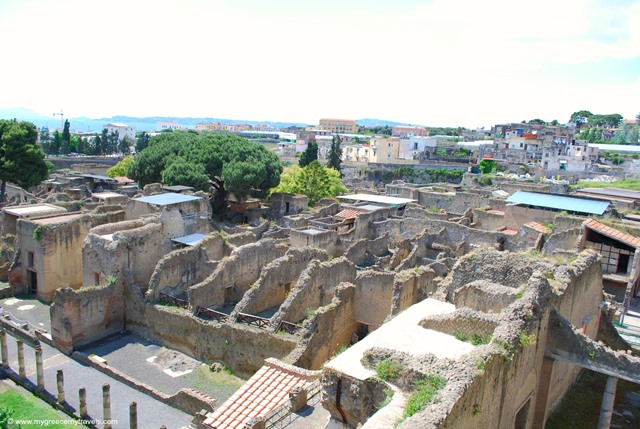 The ruins of ancient Rome

The town’s destruction was caused by different volcanic debris than Pompeii.  In the end, it was much better preserved. Ash and lava devastated Pompeii while Herculaneum was covered by layers of mud. That torrent of mud actually ended up protecting the ruins from atmospheric agents and illegal excavators. 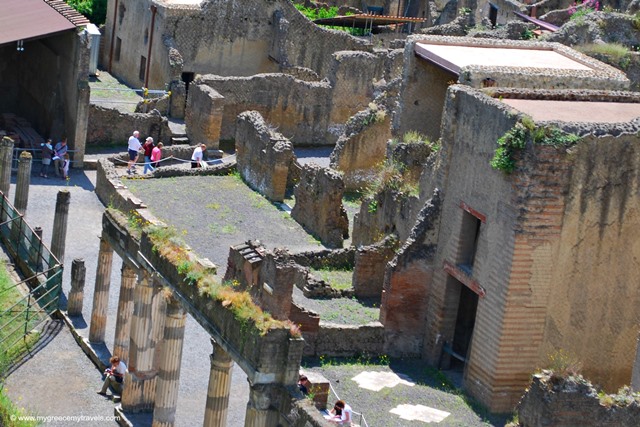 herculaneum is a fascinating site

The mud that smothered the city washed down into the sea and this capsized boat was left behind. It was on display at the museum. 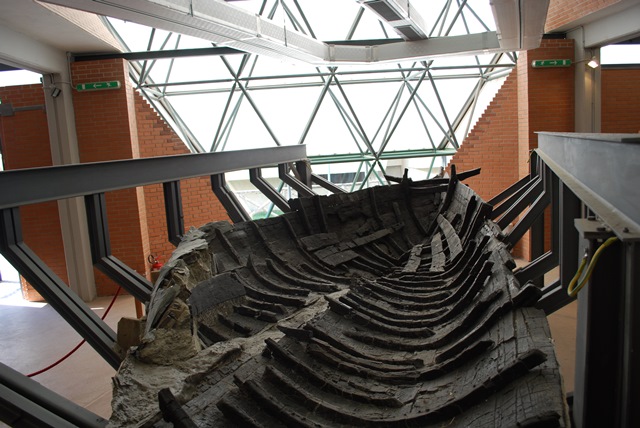 roman boat that tried to escape but was covered in mud

Herculaneum was discovered in the early 1700s and excavations continued intermittently since.  In 1980, archaeologists discovered 300 skeletons. They were the remains of citizens that had fled to the beach but the heat from the volcano proved to be too much.  This was a photo also on display at the museum. Some skeletons were even found with precious jewelry and rings. 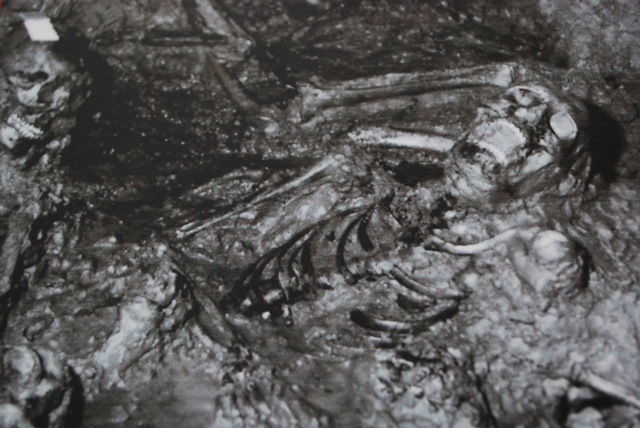 Skeletal remains of those covered during the volcanic eruption.

Much of the city hasn’t been uncovered due to the fact the remaining ancient town is buried underneath Italy’s modern day town of Ercolano located five miles (eight km) southeast of Naples.

modern city above the ancient ruins

Most recently, papyrus scrolls from a villa’s library had been placed under a powerful x-ray procedure in order to read out the first words of the ancient scrolls.  The scrolls may have belonged to a wealthy Roman statesman who was the father-in-law of Julius Caesar.

Touring the well preserved town was much like walking through Pompeii.  So much was in place that it was easy to fill in the pieces and imagine what the streets and homes looked like.   Imagine that this intricate mosaic of Neptune was created for the city’s thermal bath.  I learned that the bath was preserved remarkably (obviously). The details up close were remarkable! 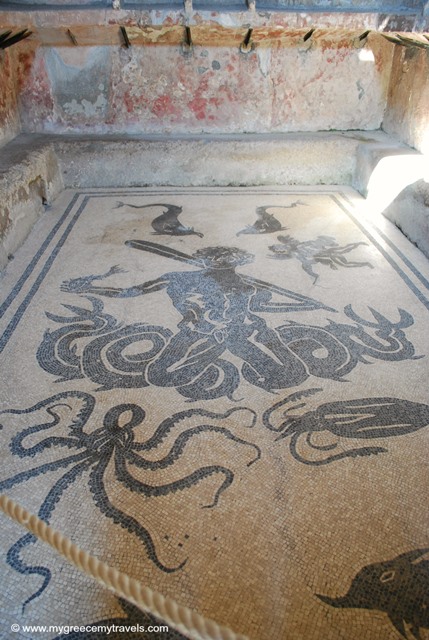 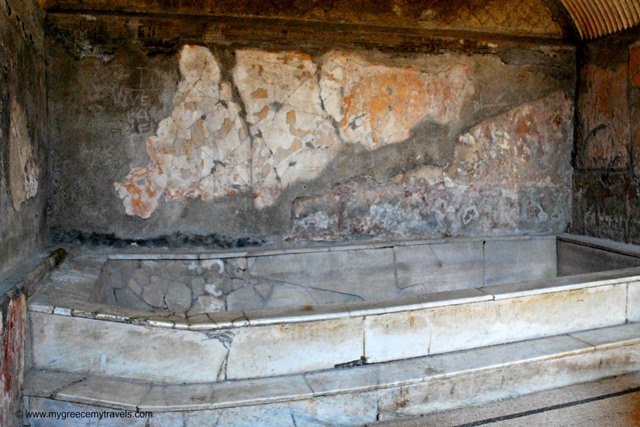 Some of the best preserved and spectacular mosaics can be found in the House of Neptune and Amphitrite, named after the intricate mosaic that remains on a wall inside. The home occupied about 227 square meters yet made amazing use of its space. Its interior design created beautiful living quarters for its wealthy residents that boasted the features of an elite roman domus.

Famous mosaic of the house of Neptune and Amphitrite

Imagine what was at the House of Neptune and Amphitrite.

How to Get to Herculaneum

Also not to miss:

This museum has several exhibitions that digitally reconstruct the destroyed towns right before Mt. Vesuvius exploded.

Have you been to both Herculaneum and Pompeii?  What are your thoughts when comparing the ruins?