Across Europe Hotel Reviews Italy Northern Italy Where to Stay in ItalyNovember 13, 2015

The shiny name plate on my door was a good sign. It read:  Atena e Zeus. I had just flown in from Athens, Greece and arrived at my bed and breakfast in Bergamo, Italy where apparently the Greek gods inspired the Italian owner! I’d find out why soon enough. Traditional B&Bs lined Bergamo’s old town, and Casa Mario Lupo had its own story.

Bed and Breakfast in Bergamo

Bergamo’s old town is also known as Citta Alta or upper town.  It was built behind thick defensive walls dating back centuries. The essence of old Europe surrounds you: thick stone walls, clock towers, elegant squares and intricately impressive churches. Walking around makes you feel as if you’ve stepped back in time. 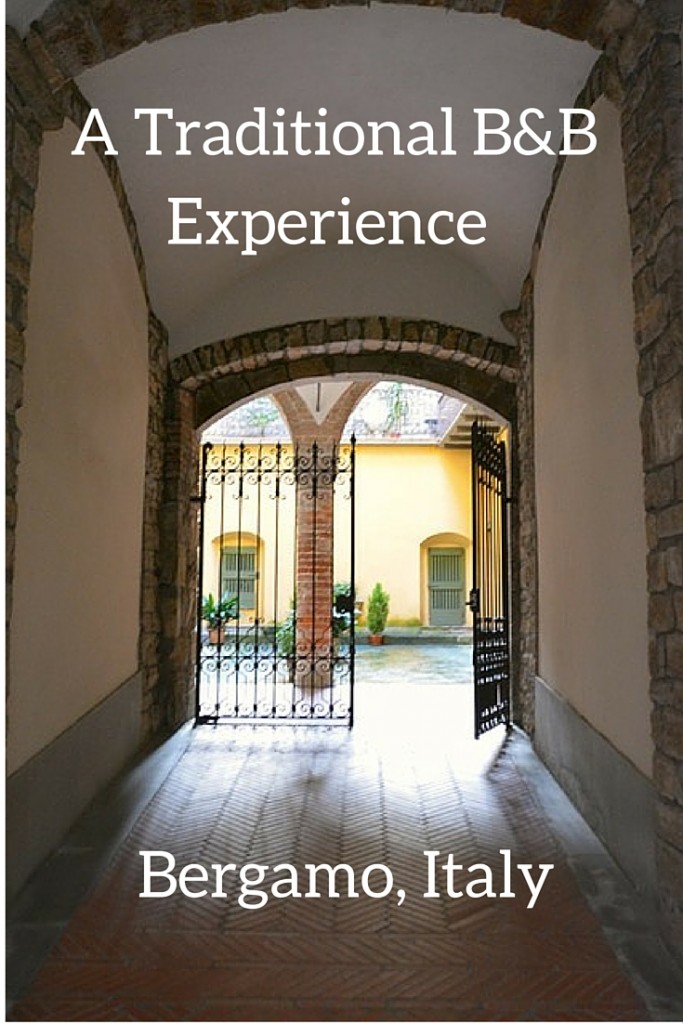 A stay experience to match the old town’s historic nature would be to opt for an old town bed and breakfast.  There were many scattered through its winding lanes.  Like other B&Bs, Casa Mario Lupo was once a local’s home converted into a modern bed and breakfast, in terms of the amenities one would expect.  However, traditional touches remained, touches that pay homage to the area’s interesting history and culture. 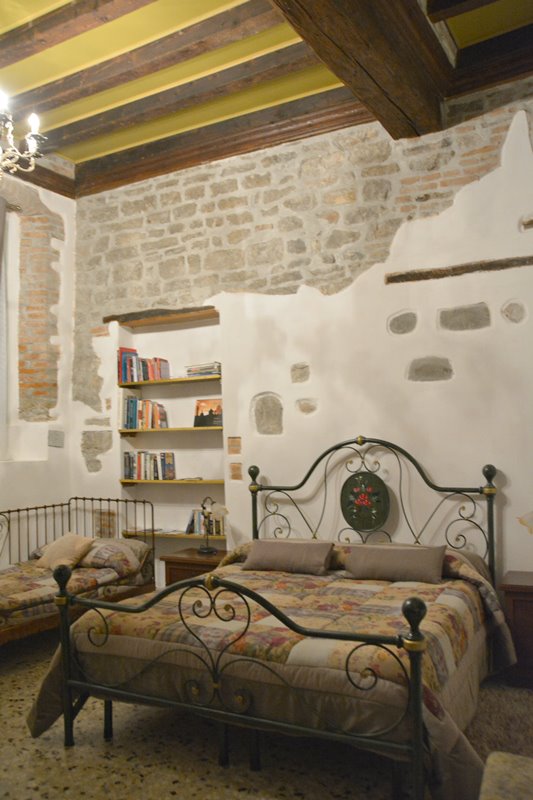 Bedroom at the B&B. 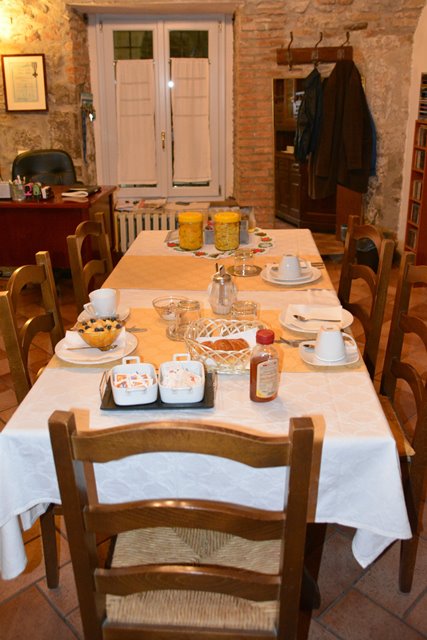 The building itself was built in the 16th sixteenth century.  A local family by the name of Solza lived there. The canon and historian Mario Lupo resided there as well, hence the name. 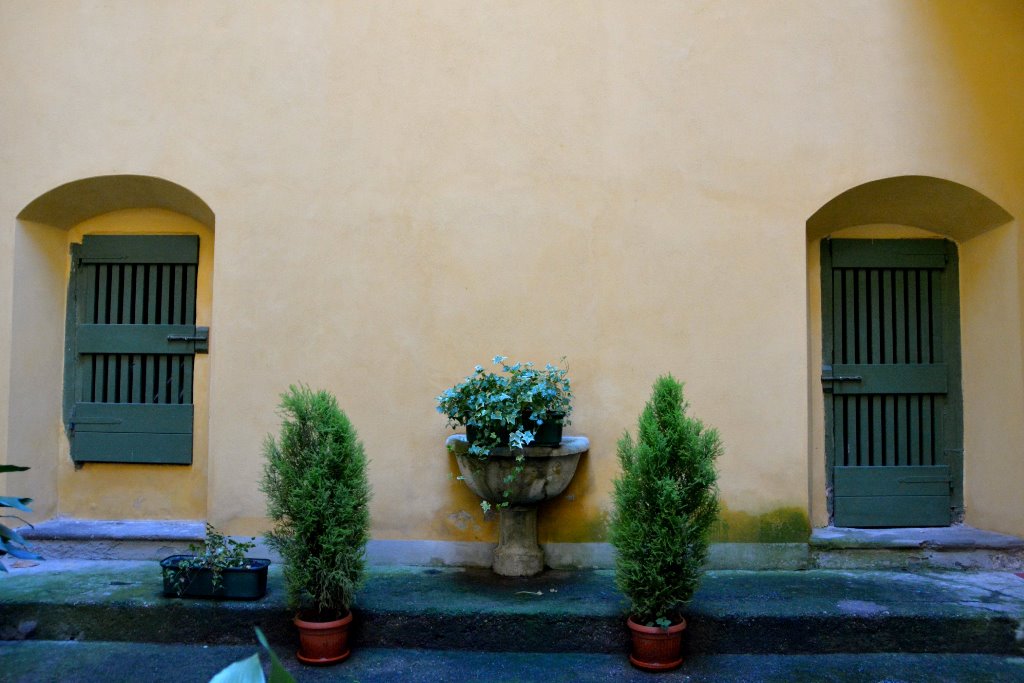 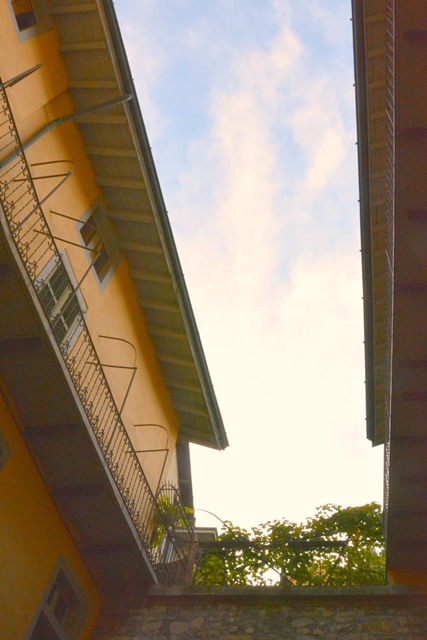 The owner Gianmauro had everything under control during my stay. The rooms for rent were located on the first floor and Gianmauro’s family members occupied the other floors.  Gianmauro grew up in Bergamo and knew his city very well. Plus, he was always available for friendly advice. He explained he is a lover of Greek mythology and that’s why he named the rooms after the gods. Besides my Atena e Zeus room the room across from it was called Venere e Saturno or Venus and Saturn, Roman god names. 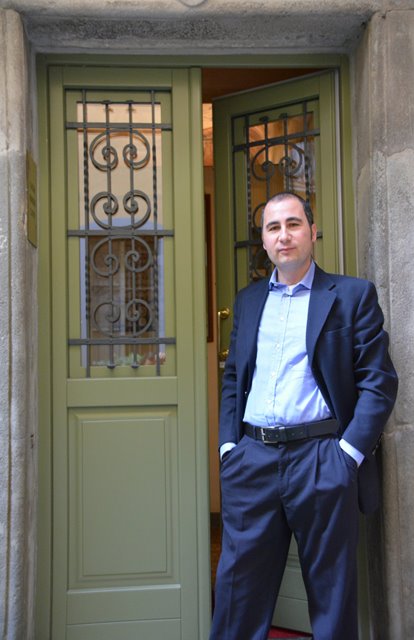 Gianmauro is a hospitable host and local.

He proudly showed off another reason for his naming inspiration.  I looked up to discover the fantastic original and carefully restored ceiling frescoes.  The colorful paintings depicted famous moments in mythology. 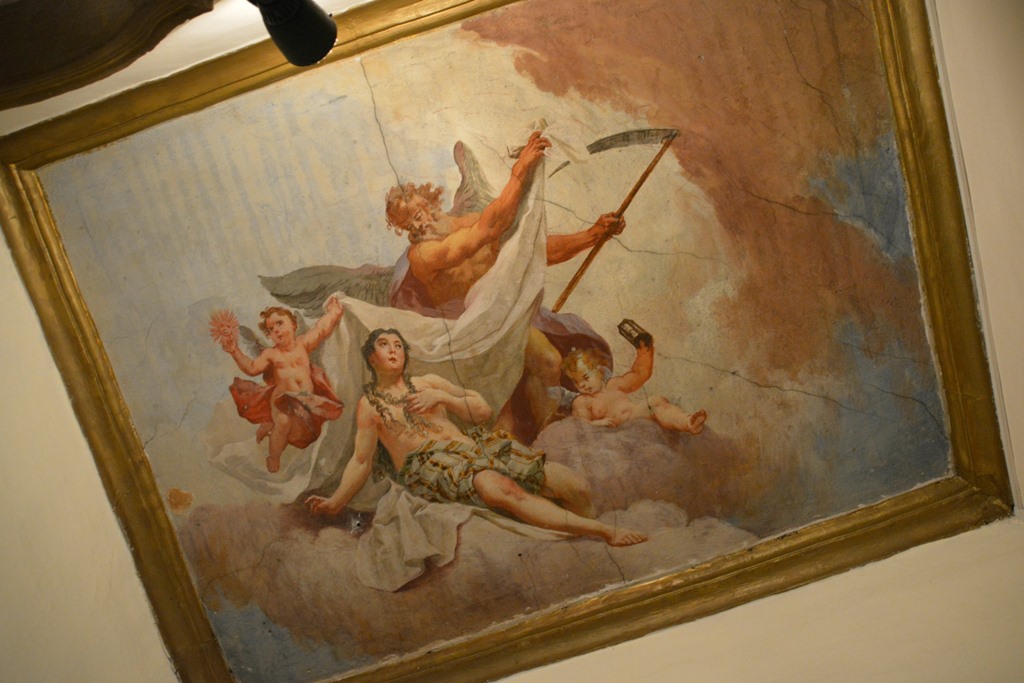 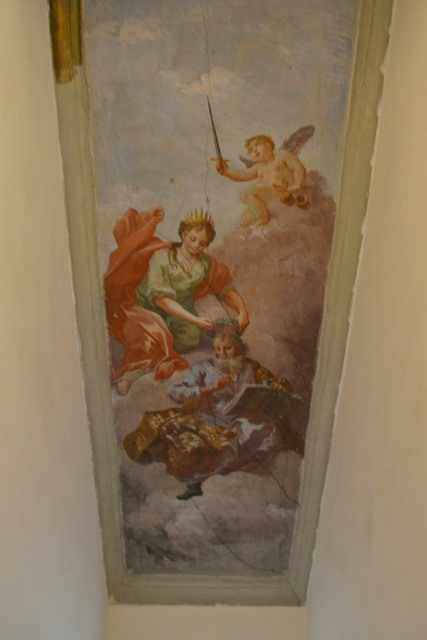 Ceiling frescoes at the B&B Bergamo. 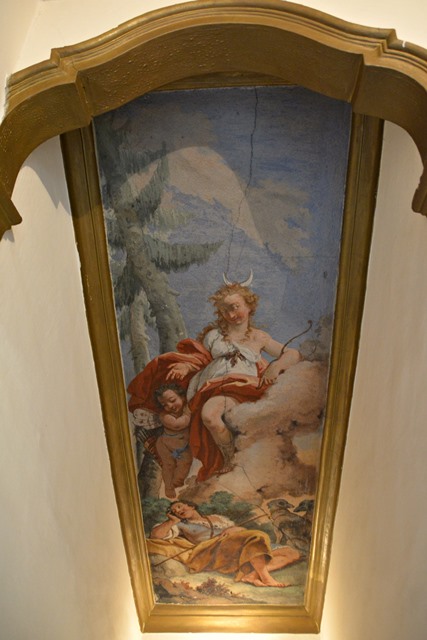 Besides comfortable rooms and beds, Casa Mario Lupo features a floral garden and free Wi-Fi. Each apartment has a TV, private bathroom and kitchenette with a fridge and tea and coffee maker.

A continental breakfast is available complete with bread, jam, croissant and coffee, tea or juice.  I had the opportunity to try the local formagella cheese as well.  One highlight was what Gianmauro said was a Macediana mix, cut up fresh fruit soaked in juice – kind of like a juice cereal! I really liked it. 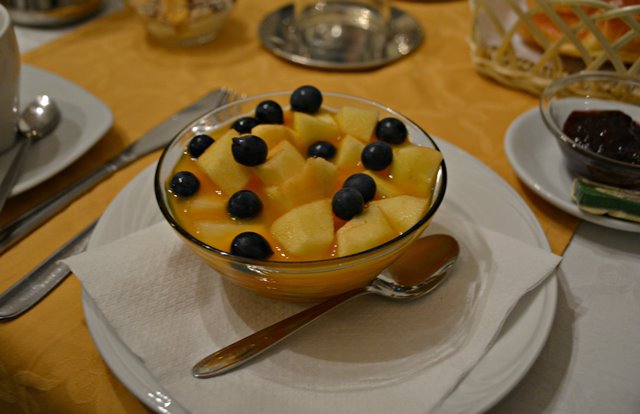 A favorite part of my Italian breakfast

The B&B is located next to Bergamo’s cathedral, within the city’s historic walls. It is just a few minutes walk from the main Piazza Vecchia, Basilica di Santa Maria Maggiore and Palazzo della Ragione and the famous Campanone or Civic Tower.

Mario Lupo Casa is also a very short walk from the cable car for connections to the lower part of the city. Buses also stop nearby that head to the train station and airport. 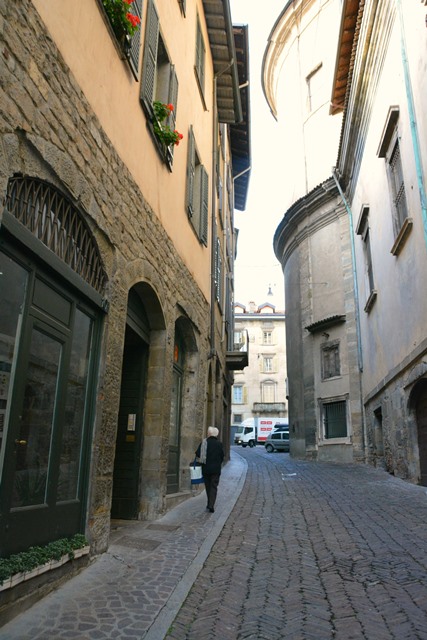 Casa Mario Lupo is a traditional stay experience in Bergamo.  The rooms are very quiet, except for the traditional church bells.  But, in my view, the bells are lovely! In general, the area is quiet because there are almost no cars passing through the old town lanes. Centrally located to everything.

As many historic old buildings are there is no elevator. Good news is the rental apartments are just a floor up.

All types of stays. My room also had a loft with some beds which would be perfect for a family with children. There was also a daybed next to the master bed.  The Atena e Zeus room also had lovely romantic feel that would suit a couple, too. The elegant building is perfect for a stay that keeps you in walking distance of everything to see, places to eat and drink just a few minutes by foot.

My conclusion? Overall, I loved the warm hospitality, local breakfast and history of the residence. 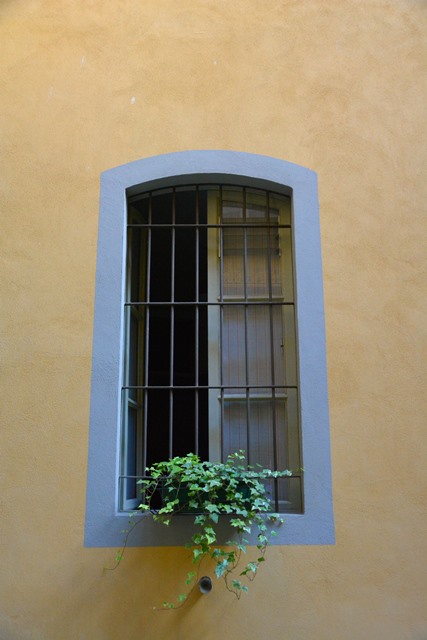 charming window in the courtyard

From the lower town, Bergamo upper town is reachable by foot (15 minutes), bus (5 minutes) or funicular (5 minutes).  The funicular offers a panoramic view as the cable car slides up or down the hill.

Where to Eat and the Rest:

*Grazie to Visit Bergamo, RyanAir and Casa Mario Lupo, the sponsors of my stay.

Have you ever stayed at a bed and breakfast in Bergamo, Italy?

Tags: bed and breakfast in bergamo