Sveti Stefan’s pink beach contrasted so smoothly against the rich blues of the Adriatic Sea.  It was easy to see why kings and queens once made the area their home. On our road trip across Montenegro, just the opportunity to view the beautiful islet was definitely a ‘wow’ moment.

My sister and I didn’t have much time to spare. We were traveling within less than a week’s time frame to see several destinations along the Adriatic coast. Sveti Stefan was on our list and when we saw it from the roadside we were impressed and already were in love with the sight. How could you not be! The colors, the view, the sea, the architecture all melded into a perfect view. We parked up high on a Montenegrin cliff side highway to park behind a tourist bus and wiggle around a few tourists to take this shot. 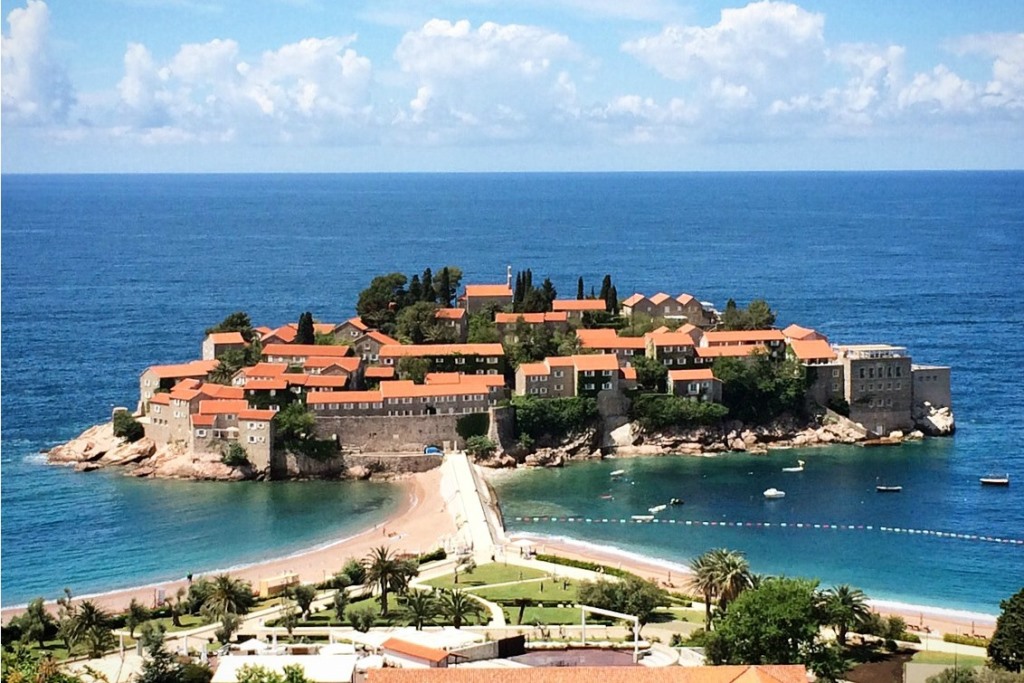 Up Close to the Pink Beach

Then we drove down to see what we could up close. It was May, and the official tourist season hadn’t begun. We didn’t have any problems finding a space in the private parking right by the beach.

Sveti Stefan is officially called Aman Sveti Stefan, named for the luxurious five-star resort that leases the area from Montenegro. It is actually a tiny island connected to the shore. On it are these quaint terracotta-roof homes made from stone converted to that luxury resort. 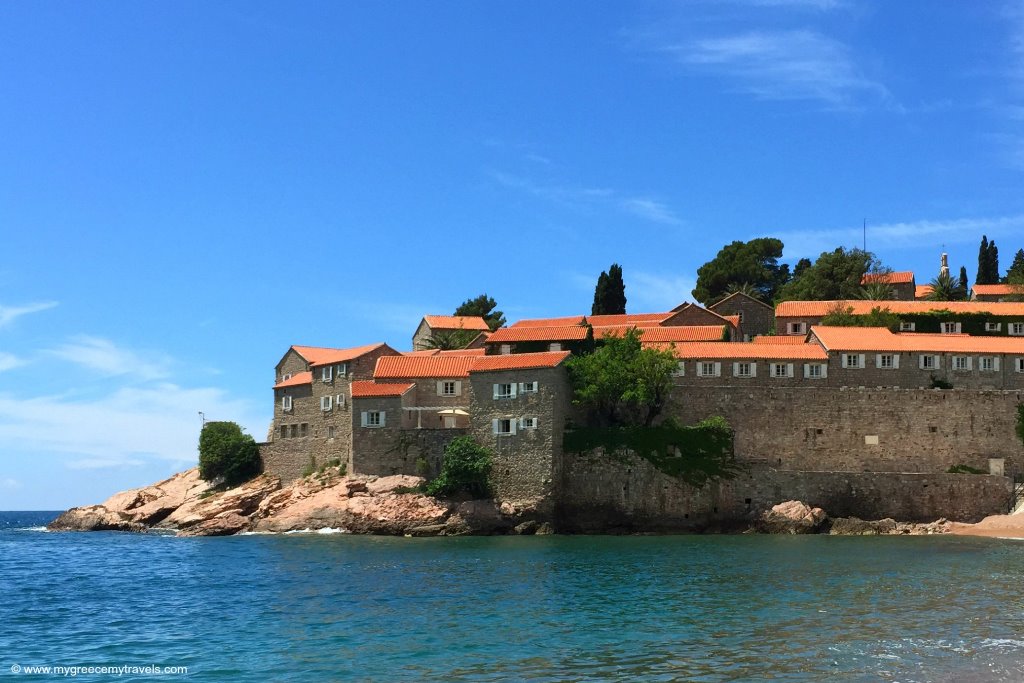 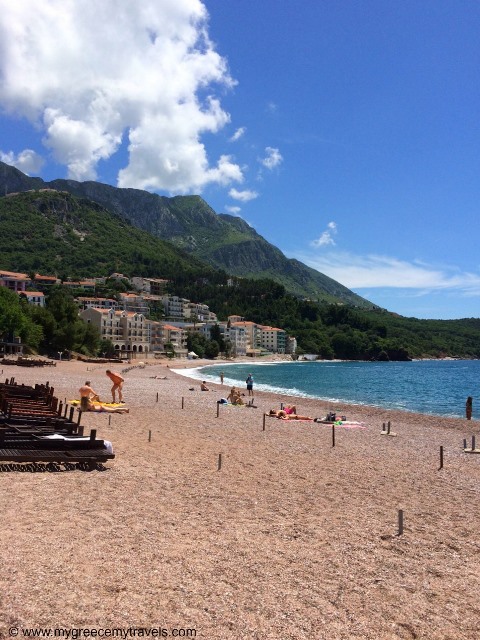 The History of Sveti Stefan

Before its days in the tourism industry, the beautiful piece of land started out as a 15th century community.  There were small churches built on it including the  Sveti Stefan church for which the island got its name.  Fast forward a few centuries later and the area became a residence for Serbian kings and queens. Later, the historic buildings on the island were acquired by the Yugoslav government and turned into an upscale hotel during the Tito regime.  It thrived as the Adriatic playground for the rich and famous such as Elizabeth Taylor from the 1960s to the 1980s.

The site was also famous for setting the scene for several  political conferences and as an international chess championship venue, attracting top-class players such Boris Spassky and Bobby Fischer. When Yugoslavia broke up in the 1990s and wars broke out, the resort was shuttered from the world.

The Aman Sveti Stefan resort opened in 2011. It can only be accessed by its guests.

The afternoon we arrived, the weather was amazing with the sun shining high — an unexpected relief after two rainy days in Croatia.  The beach wasn’t set up yet with pay-for sunbeds.  Instead, we were among a few groups of people that had laid out their towels to relax and enjoy the view.

If you do go to Sveti Stefan and don’t plan to stay at the Aman Resort including the just as luxurious Villa Miločer you could rent a sunbed during peak season or just eat at a restaurant or beach bar on premise to enjoy the scenery around you.  The actual town of Sveti Stefan is just above the islet and has a few places to stay and some eateries as well.

After we got our fill of sun and we played around in the cold sea, we packed up our things and left the empty beach still saying ‘wow.’ It was that beautiful.

Have you ever been to Sveti Stefan?