If you love the feeling of old European cities such as Krakow in Poland or Prague in the Czech Republic, you will certainly like Lviv. Narrow streets paved with stones, the smell of delicious coffee, majestic gothic cathedrals and old buildings whose walls keep the secrets of the long-forgotten past. Lviv is romantic, yet mysterious. Sublime, but welcoming. Busy, yet relaxed.

Lviv is also famous among foodies because of a great number of top-notch dining options. For this reason, it was even called the restaurant capital of Ukraine. Being so diverse, it’s no wonder that it’s one of the top three most popular Ukrainian cities to visit.

This all-encompassing guide will allow you to dive into the diversity of this city and get to know it from different sides. You will find out about:

All the things to do in Lviv in one guide! But before you start, be warned. You will want to visit Lviv as soon as you finish reading.

1.Rynok Square. First and foremost, any tourist should see Rynok Square, which is the central square of the city. In 1998 it was included in the list of UNESCO world heritage sites. Rynok Square has a rectangular shape with two streets radiating out of every corner. There are 44 tenement houses around the square. They represent different architectural styles, from Renaissance to Modernism. You can also find four fountains in each corner of the square. The sculptures on the fountains represent four Greek mythological figures: Adonis, Neptune, Amphitrite and Diana. Townhall is situated in the center of the square. Since Lviv has recently become very popular among tourists, Rynok Square gets very crowded during the day. For this reason, it is recommended to visit it early in the morning before the shops are open. 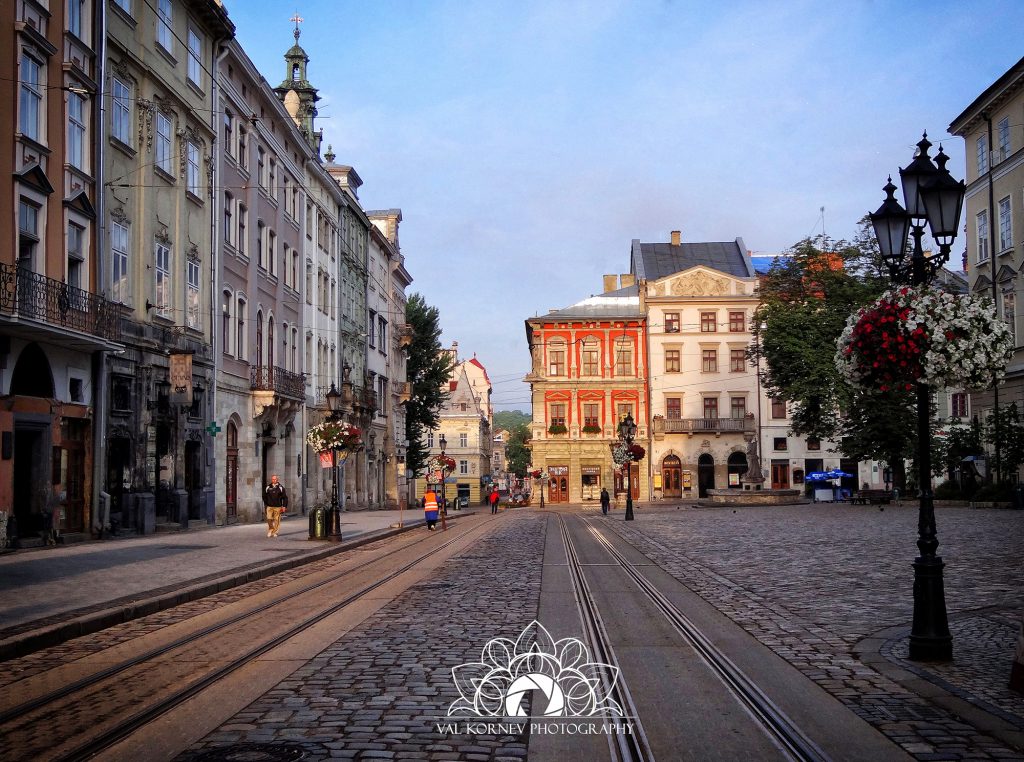 2. Cathedrals and Churches. There are dozens of cathedrals and churches in Lviv, but some of them are so beautiful that seeing them cannot be skipped. Make sure to visit: The Armenian Church of the Assumption of the Blessed Virgin Mary (one of the oldest buildings in Lviv), Latin Cathedral, Church of the Jesuits, the Dominican Church (one of the most stunning examples of Lviv’s baroque architecture), Svyatogo Yura Cathedral, Lviv (one of the main religious structures in Ukraine), and the Church of Sts. Olha and Elizabeth (breathtaking neo-Gothic style church). The first four structures are located in the city center, while the three latter ones require a little walking or driving. 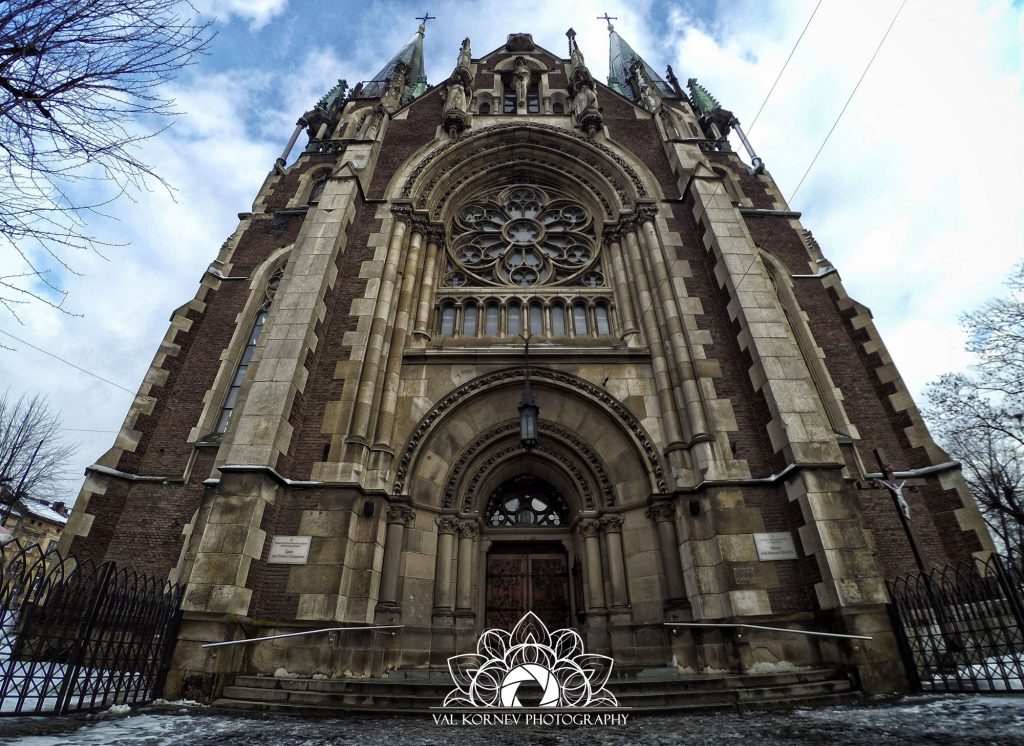 3. The streets of Lviv. Many guides skip this point when trying to answer the question ‘What to see in Lviv?’ The truth is, if you haven’t walked the streets of Lviv, you haven’t been to Lviv. The spirit of the city can be best felt when you’re opened to the vibes around you, as you walk across the streets. Just like with the Cathedrals, certain streets require more attention. It’s recommended that you dedicate your time to Pekarska Street, Prospect Svobody (Liberty Avenue), Shevchenko Avenue, Virmenska street, Chuprynky Street, Staroyevryeiska Street (make sure to walk this one from the beginning to the end), Visokiy Zamok Street. 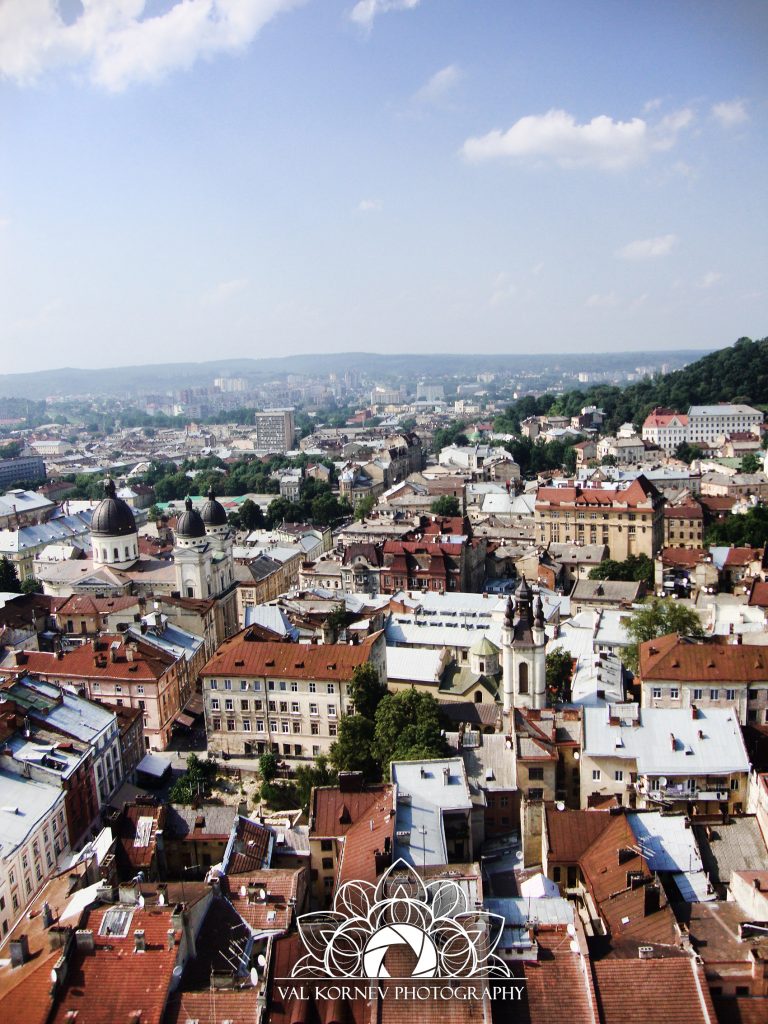 4. Lviv Opera House. Another UNESCO World Heritage Site on the list. Remarkably, this building was erected in 1900, and it remained standing there throughout all the changes in history that happened during the 20th century. A remarkable piece of architecture. During the Christmas season, a huge Christmas tree stands near the Opera House, and Christmas market is organized across Prospect Svobody Avenue. Whether you visit Lviv during Christmas or not, it is advised to walk along Svobody Avenue, after you finish exploring the Lviv Opera House.

5. Castles. There are several castles around Lviv, and you have to ride approximately 100 kilometers to reach them. Therefore, instead of visiting just one castle, it is recommended to see all of them at once. You can take a popular one-day tour called «Golden Horseshoe of Lviv Region» which includes Olesko Castle, Zolochiv Castle, Pidhirtsi Castle and Svirsky Castle. The latter two are especially recommended to visit.

If you prefer guided tours here are some of our suggestions:

Along with the most popular touristic attractions every tourist knows about, there are hidden gems that attract only the most scrupulous travelers. Lviv has plenty of hidden gems to explore:

1.Yards. The city has many mind-boggling yards and if you think that you have explored everything in the city, check with this list:

2. Old mansions. You won’t find old mansions of Lviv in the average tour guide. What a serious omission! These beautiful luxurious buildings that once belonged to the rich people of Lviv are still standing there and screaming for our attention. You can combine exploring the streets of Lviv with seeing the old mansions. Here’s a shortlist of Lviv’s villas to explore: 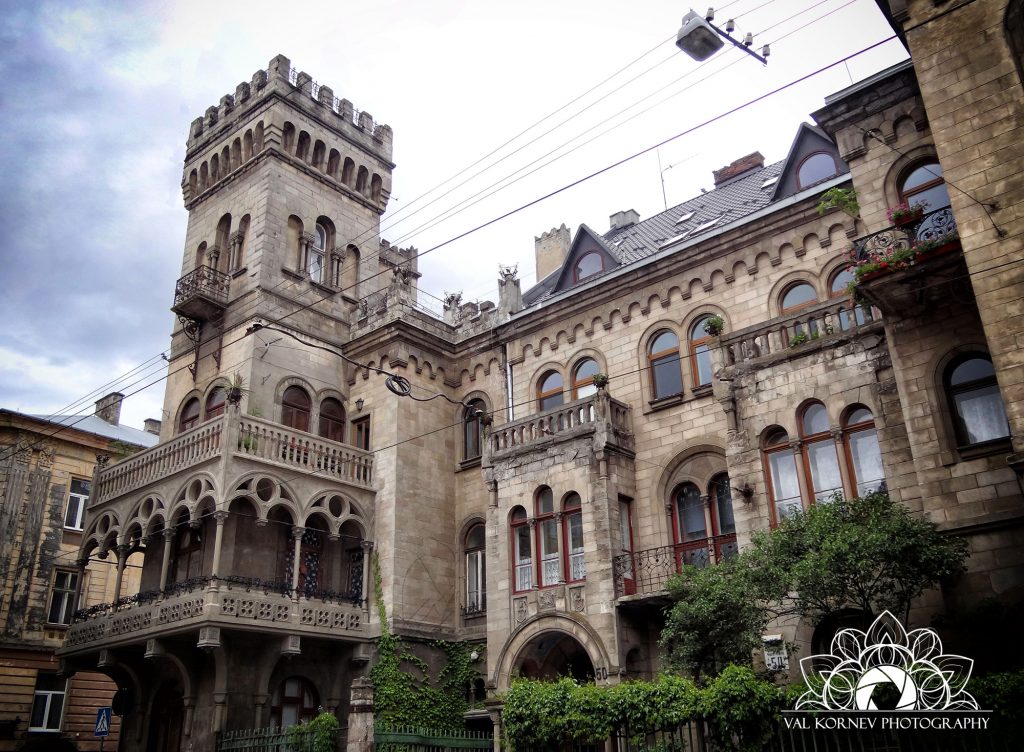 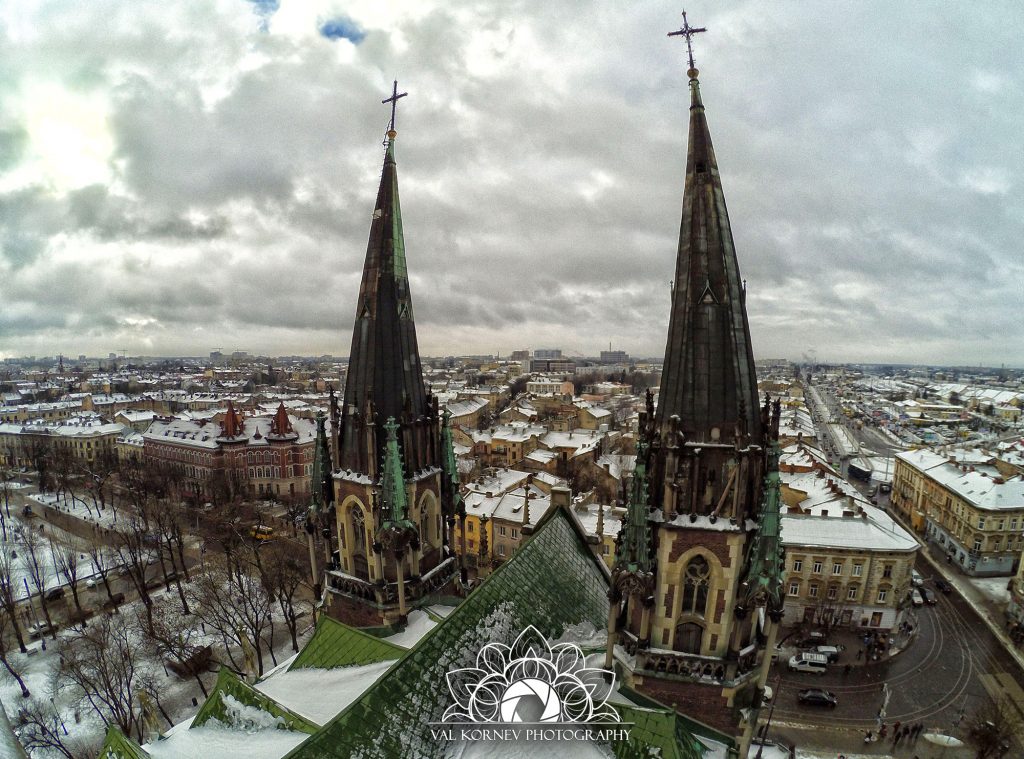 4. Lychakiv Cemetery. It’s a rare thing when a cemetery is included in the list of attractions, but in case with Lviv it makes sense. Because it’s similar to famous La Recoleta Cemetery in Buenos Aires, Highgate Cemetery in North London and Monumental cemetery of Staglieno in Genova, Italy. The cemetery was built in the late 18th century and has many monuments and graves that look more like works of art rather than final resting places. Sometimes you can even meet the groups of tourists in the cemetery, but the size of the place makes it easy to get away from the crowd. 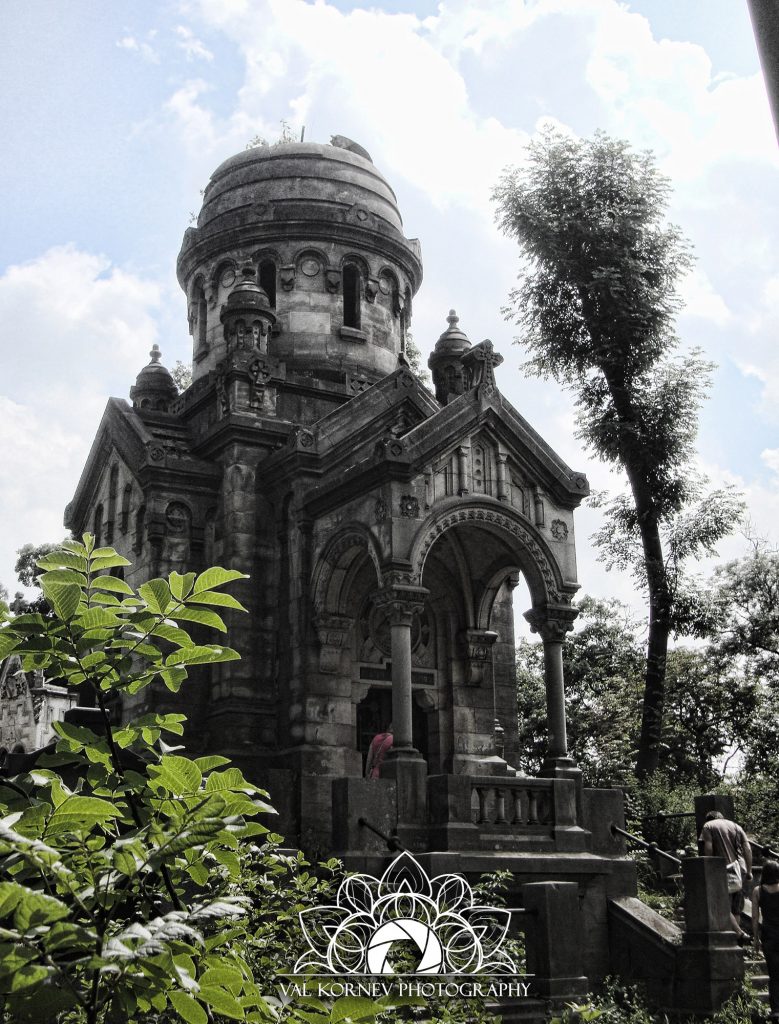 5. Workshops. Wondering what to do in Lviv? How about attending a workshop? There are so many cool workshops that you will scratch your head thinking where to go:

Top 5 Places to Chill in Lviv

Tourism is not always about running around the city like a crazy dog, isn’t it? Whether you are looking for a place to relax during the day, or prefer the spots when you can become one with nature, here’s a list of top 5 places to chill in Lviv: 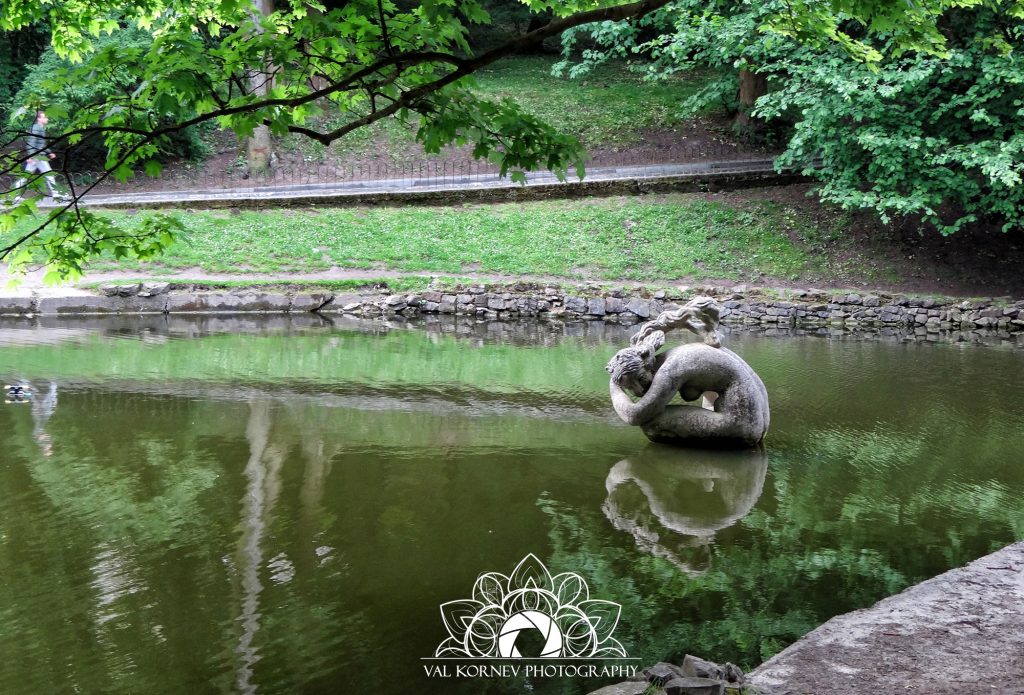 2. Shevchenkivsky Hai. Shevchenko Valley is an outdoor museum of Ukrainian folklore where you can explore the lifestyle of Ukrainian villagers by visiting wooden village houses. You will also get a chance to hold the old everyday household items preserved in their original look, see wooden churches erected several centuries ago, sit for a picnic, and walk the 84 hectares of woods. There are no cafes or restaurants in Shevchenko Valley, so it’s better to think about food in advance.

3. High Castle. You might find this place a little bit confusing. First of all, because it’s not that high and secondly because there’s no castle there. There was a wooden castle once, but it was destroyed long ago. However, as it was already mentioned, High Castle is one of the places where you can get a beautiful panorama on Lviv city. Usually, High Castle is crowded with people who also want to look at the panorama, so if you’re looking for relaxation, it is recommended to spend time in the park surrounding the hill. It’s a nice place to chill.

4. Ivana Franka Park. Another monument of garden art in Lviv and a perfect place to relax after running around the city. It was the first public park opened in the city at the end of the 16th century. For some time the park belonged to the monks, but later it was given back to the public. Ivana Franka Park is not as big as Stryisky Park, but still a beautiful place for stillness and recreation.

5. Piskovi Ozera. The last park on the list, also known as Altayski Ozera, or Altai Lakes. It’s located on Gorodynskogo street, between Rudnizkiy and Chuprynky street, so you can take rest there somewhere between exploring the mansions and streets of Lviv. There are several lakes in the park, which makes it a good option for those who like to spend time near the water.

Top 5 Places to Eat in Lviv

Although one can write a book about Lviv’s dining options, this guide will focus on 5 places that cannot be missed. Of course, there’s much more to explore, but you can start with these places: 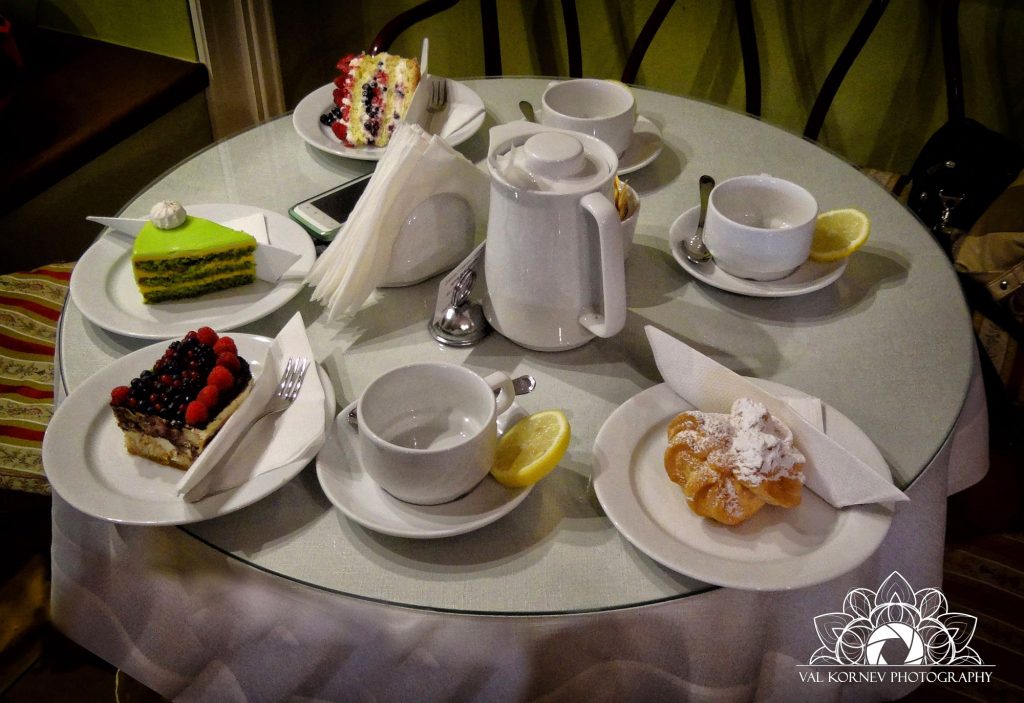 2. Veronica. A confectioners shop and restaurant that is famous not just among people of Lviv, but among many Ukrainian tourists. Just like with Zukernya, you need to taste their food and confectionery just once to become addicted. Actually, several places belong to Veronica Family. The other ones are called ‘Pid Zolotoyu Zirkoyu’ (Under the Golden Star), Amadeus and Black Cat. All of them are worth a visit. If you don’t make it to Veronica in the city, you can taste their masterpieces in Lviv’s airport where they have a stall. This way, you can make an excellent last impression of Lviv.

3. Dogs Like Ducks. What about a vegan snack? And what about a vegan hot-dog? Dogs Like Ducks serve the best vegan hot-dogs in the whole country, so if you’re a vegan or a vegetarian, it’s a must-visit place for you in Lviv. And if you’re not vegan, you’ll be surprised by how tasty a vegan hot dog can get, so it’s recommended to everyone. Their shop is located in walking distance from Rynok Square on Valova Street 27.

4.House of Legends. It’s not just a place to eat, but an enigmatic and mysterious house with a steel dragon that lives on its façade wall. There are several floors in the House of Legends, and each floor has a unique and appealing design which is bound to turn a simple restaurant visit into the journey to the mysterious city of Lviv. You can also get excellent Ukrainian food there. This outlet is located at Staroyevryeiska Street, too. 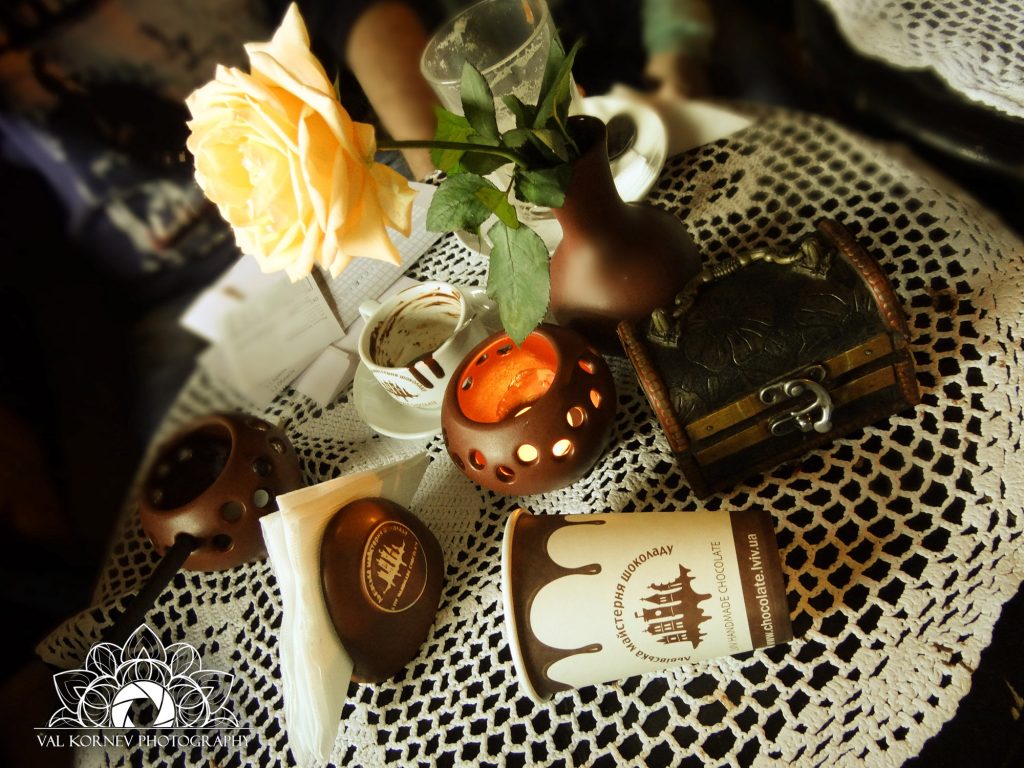 Lviv can accommodate both backpackers and those who like to live in luxury. In this short guide, you will find accommodation options for any size of the wallet. The list goes from the most expensive to the cheapest: 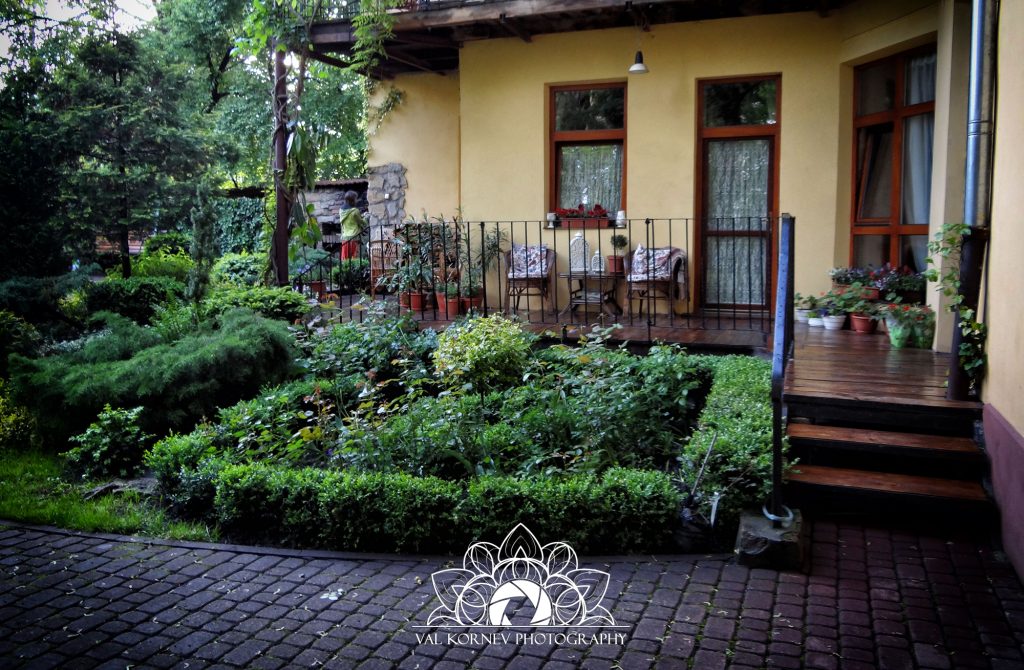 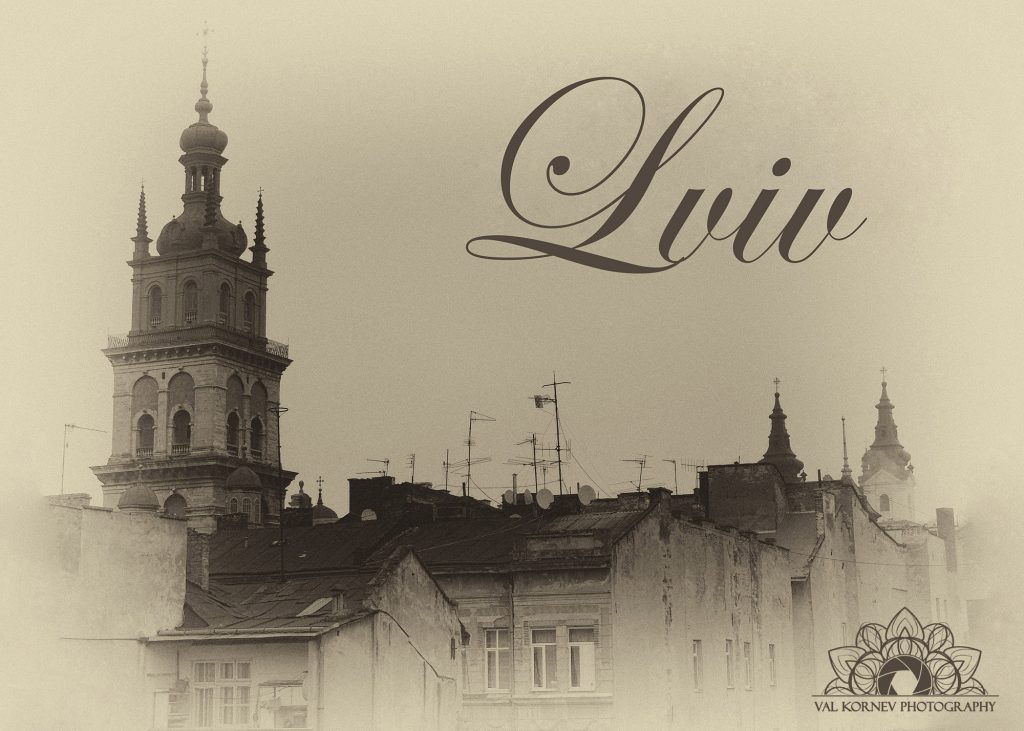 For some people, Lviv becomes a place they want to visit over and over again. But you never know if you turn into a Lviv addict until you go there. Whenever you’re ready, keep in mind that it will probably be the most pleasurable discoveries you will make.

Click here for the PDF version of the Lviv City Guide.