The soft-spoken, beautiful Chinese artist’s voice started to tremble just a bit, her eyes softening and her smile glowed.  It was a special day, the opening day of the Athens exhibition of her ink paintings called China Meets Greece.

The crowd that gathered Saturday afternoon at the Grecotel Pallas Athena were a mix of Chinese living in Greece, media members, Travel Bloggers Greece members and art lovers.  We listened to the her speech, an explanation of inspiration behind her work that interprets not only Chinese culture but inspirational scenes of Greek nature and culture.  Lin’s brush paintings featured shuimo technique (ink and wash) on paper (zuan zhi) in black ink. 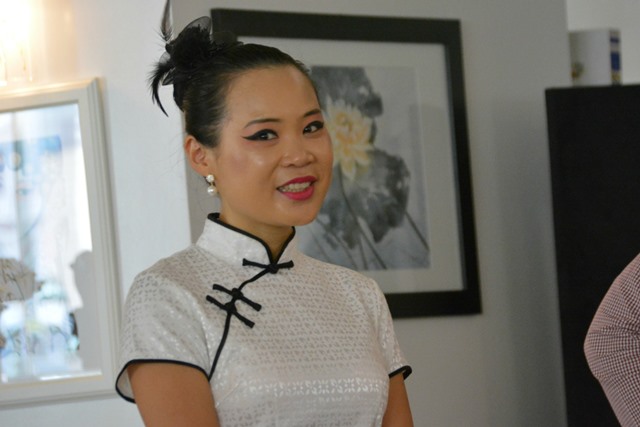 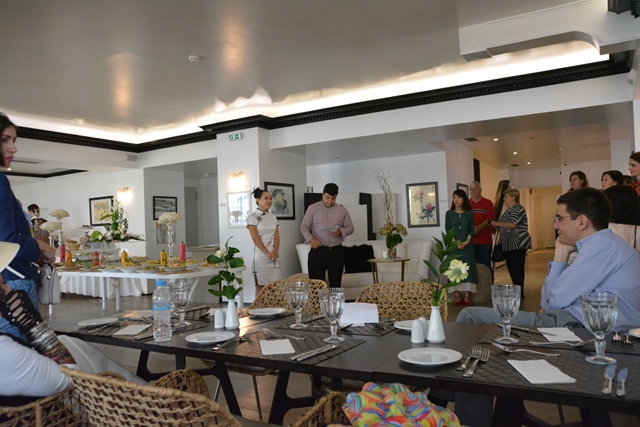 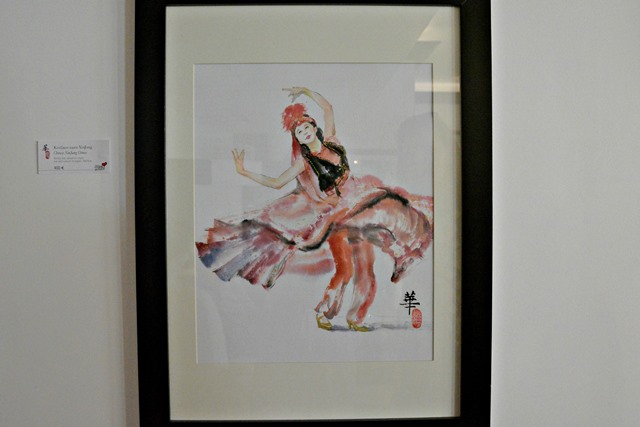 Lin, a Chinese expat living in Athens, earned a Masters Degree of Fine Arts  from Quangzhou Academy of Fine Arts and has taught painting, illustration and design. Wearing a stylish, traditional Chinese dress she addressed us mostly in  Chinese which was interpreted by a Greek into Greek.  I loved how the two hardest languages were part of this special art event. We English speakers have the expression, “It’s Greek to me!” and Greeks have the expression, “It’s Chinese to me!” when something is incomprehensible. 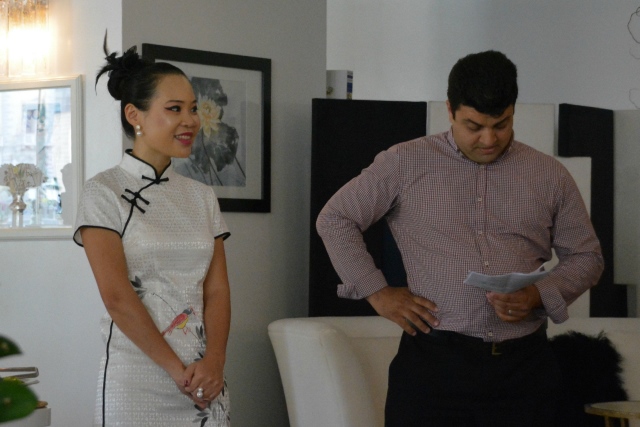 Well, the understanding for the appreciation and love for art has always been universal. The confluence of European and Asian culture in the heart of Athens  was made possible in part by fellow members of Travel Bloggers Greece, Eley Yuan and Kevin Miao. Kevin and Eley are Chinese expats living in Greece and the masterminds behind Meet Culture, a culture and travel blog about Greek and Chinese culture. 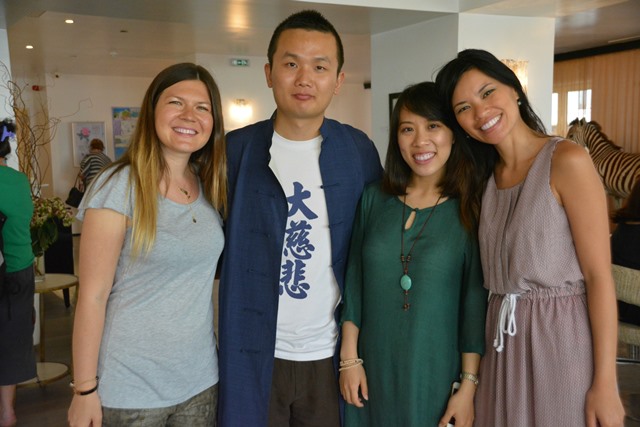 we’re so proud of kevin and eley of meet culture 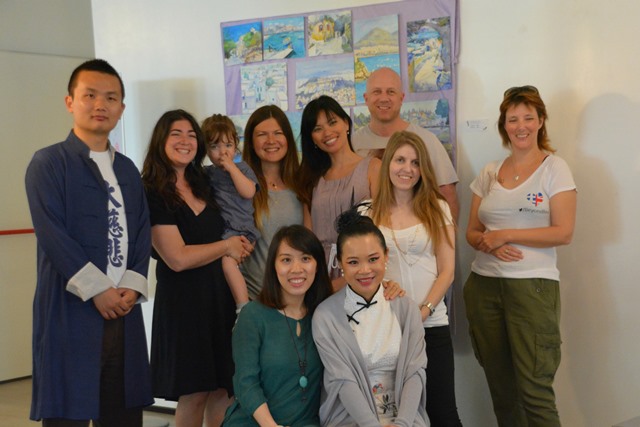 the tbg team poses with the wonderful artist, ioanna lin

After a round of congratulations, the Grecotel Pallas Athena served up a delicious buffet brunch featuring both Chinese and Greek cuisine in honor of the opening of the painting exhibit.

I loved Lin’s interpretation of the Greek landscape, very unique and beautiful.  This painting is called Meteora. 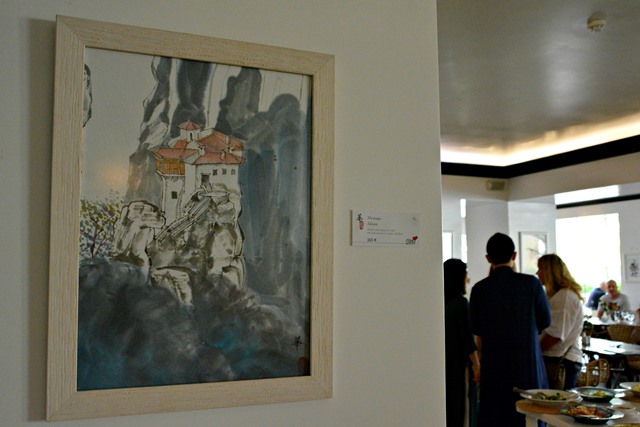 The fine touch of Chinese artistry created a scene of the famous Greek village known for its monasteries set almost inaccessible sandstone peaks. Much of her paintings were based on the simple, soft colors and depict relaxing scenes of everyday life. 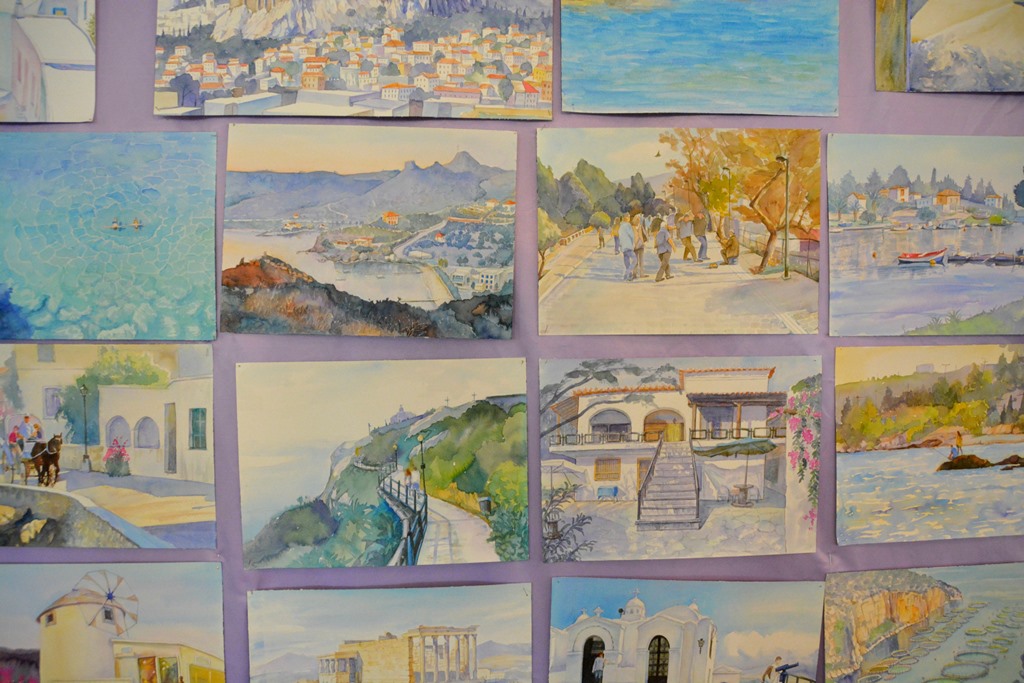 scenes of life by ioanna lin

The description of the event said it very well:

“All of her work reflects the sincere, happy and bright side of life of Ioanna in her attempt to blend two civilizations, worlds, traditions and cultures. Pure joy, ultimate zen!” 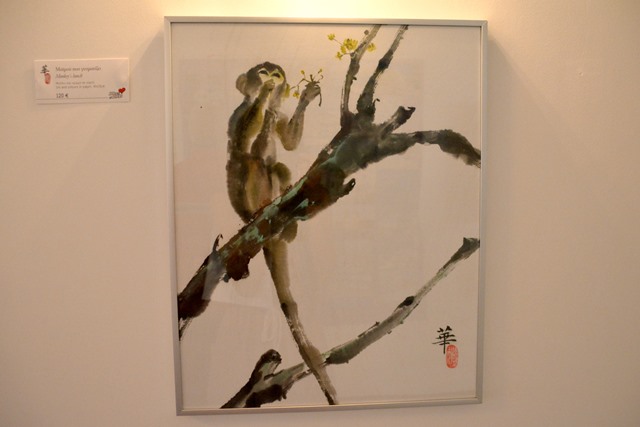 Head to the Grecotel Pallas Athena for China Meets Greece. All 40 works of art will be on display until July 3rd.

Across Greece Hotel Reviews Where to Stay in AthensJanuary 5, 2015