Across Greece Hotel Reviews Where to Stay in AthensJanuary 5, 2015

I recently had a reminder of just how creative Athens is a city when I toured the Grecotel Pallas Athena hotel in the heart of downtown Athens.  It started with the Spider Man suite.  What is a comic book character doing on the walls of a luxury five-star boutique hotel?  It’s a concept that marries the talent of street artists and hospitality. And who doesn’t love Spidey?

I learned the hotel cooperated with Greek street artists to create some very unique rooms with fantastic street art coloring and complementing its walls.  I found it fun and refreshing. Yet, each room kept ts sophisticated and minimalist luxury touch.  There are also colorful and very uniquely designed graffiti art family rooms which would be a thrill for little ones to stay in.

Location of the Grecotel Pallas Athena

The hotel is centrally located in the city. It is just a two minute walk from a major metro stop called Omonia. It’s also right on a major street called Athinas off Kotzia Square which is within walking distance to many of the city’s major sights.  The staff, I can say, is very hospitable.

I also had an opportunity to eat brunch at the hotel’s restaurant. The buffet offered a wide selection of Mediterranean and Greek plates any guest to Greece would love to sample.

Plus, the Athena Restaurant showcases artwork. The walls are also an art gallery.  I got to learn about the meaningful work of Mathew Halpin — from the artist himself. That further proved that the artistic collaboration happens in many ways at this hotel.

If you are looking for a locally artistic yet hospitable and luxury boutique hotel experience in the heart of Athens — definitely consider the Grecotel Pallas Athena.

Have you ever stayed in an art concept hotel that you loved? 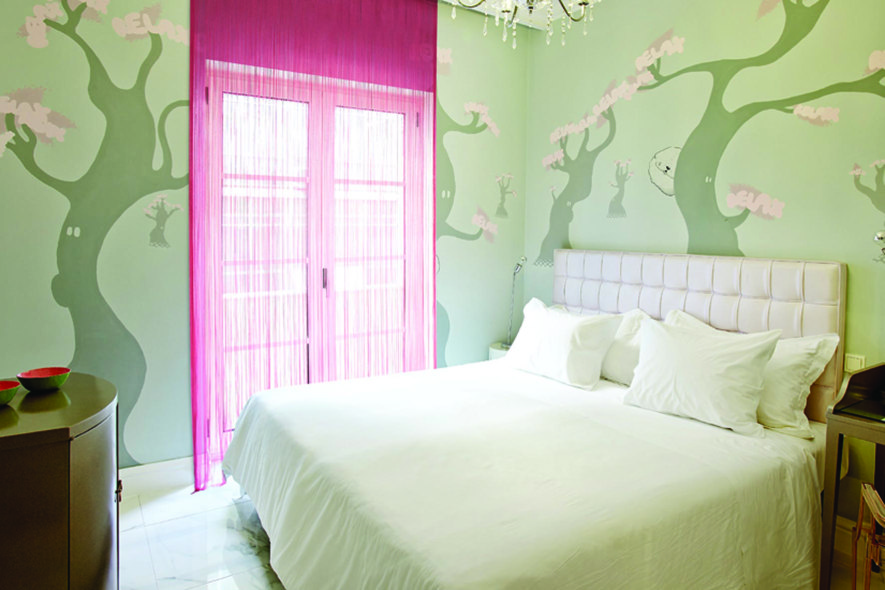 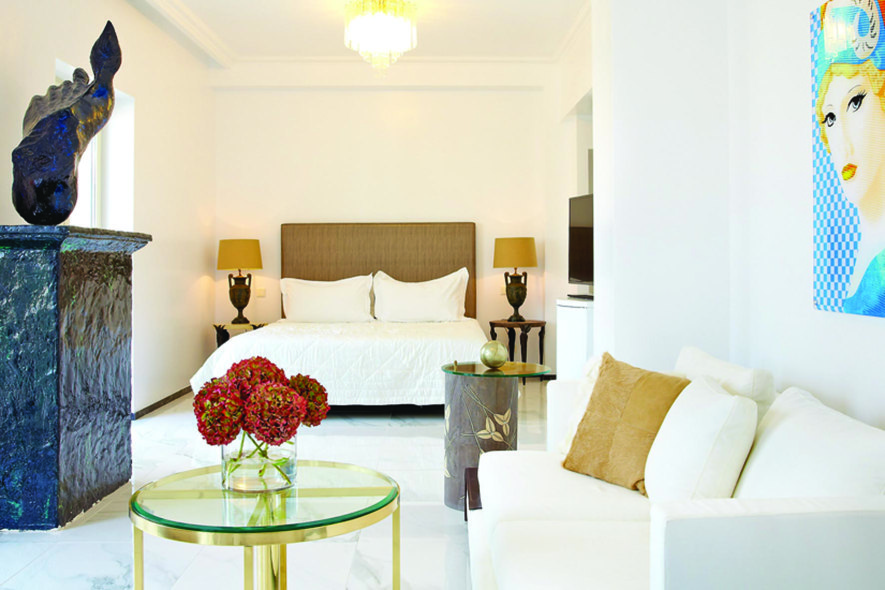 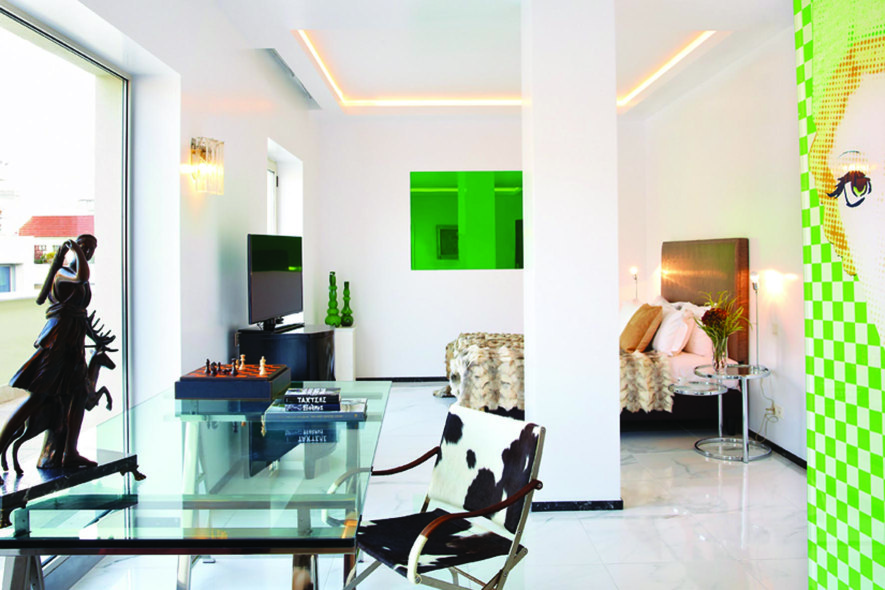