4 Cities from Greek Mythology You Can Visit Today

Greek mythology is a collection of hundreds of tales of gods punishing or aiding mortals, heroes defeating the monsters or saving the city, and beings both man and beast embarking on epic journeys. These are stories that personify the different aspects of man and were used by people in ancient times as a means of explaining the world around them. They are legends with themes and messages that are, to this day, embedded in our stories, architecture, and forms of government. And they are full of cities dedicated to one of the Gods of Olympus.

So, are these cities still around for us to visit? Many of them only exist in excavations and can only be visited by use of a DeLorean or a TARDIS (you sci-fi fans know what I’m talking about). However, several of these places are still inhabited, and actively accepting visitors and tourists. While some have changed names, and others have moved slightly from their original sites, these cities are open to exploration by modern Greeks and travelers.

If you are planning a visit to one of the cities discussed below, you might want to start your own travel blog. This way, you can show your friends and family, and people all over the world, that Ancient Greece has not completely faded from the map or our hearts. Document your visit to the land of gods and monsters, and reveal to everyone where heroes fought and centaurs roamed.

Any discussion of Ancient Greece must begin with Athens. Named for Athena, the patron goddess of wisdom, strategy, and justice, this city of antiquity now serves as the capital for all of Greece. While the city has continued to modernize over the centuries, remnants of its ancient city-state history remain. 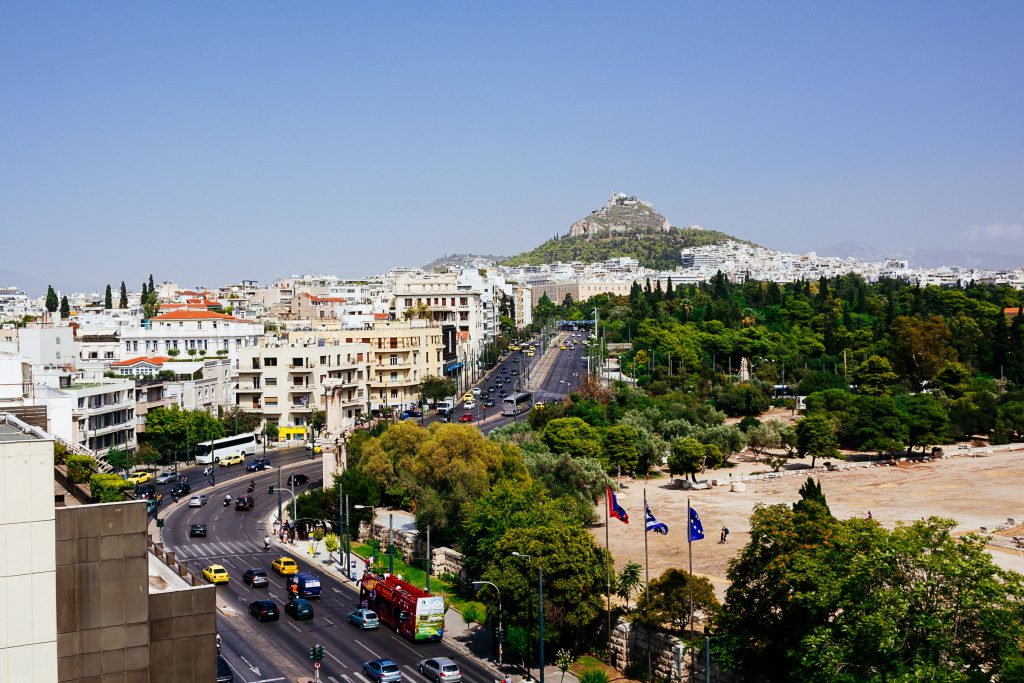 The Parthenon still stands where it was built in 447 BC, though it no longer appears as it did during the height of its glory. Parts of it have broken off or crumbled away, and the area has fallen into disarray thanks to explosives stored within during the Morean War in 1687. A full size, exact replica of the Parthenon stands in Centennial Park in Nashville, Tennessee, honoring the ancient structure. 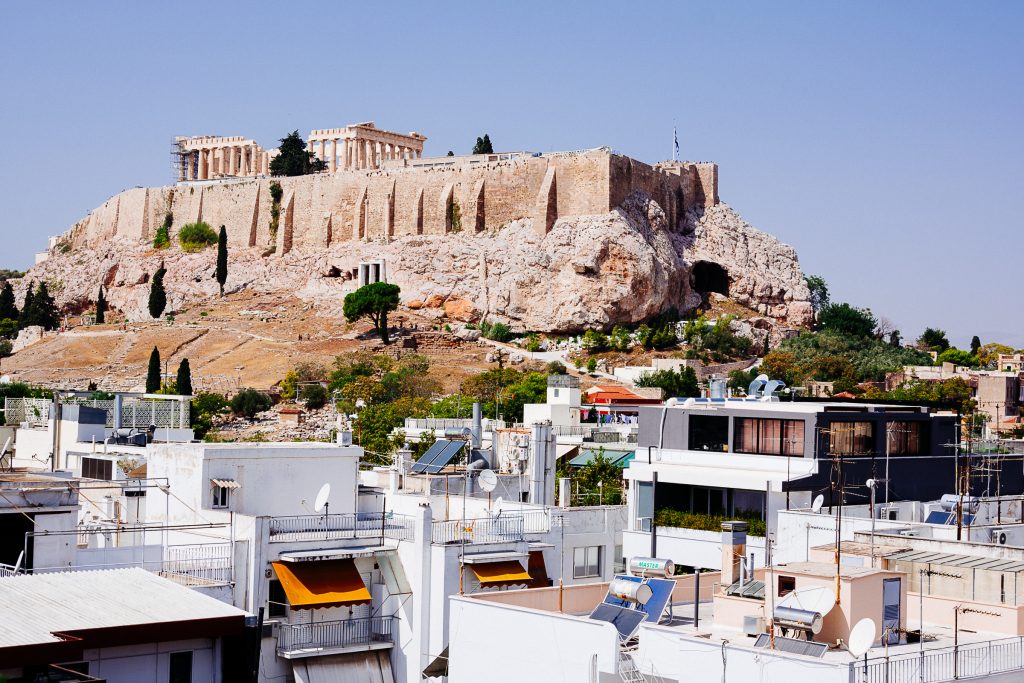 Along with the Parthenon and the other structures within the ancient Acropolis – the citadel overlooking the city – there are other memories of the past. At the base of the Acropolis is the theater of Dionysus.

Before the invention of radio and television, entertainment was presented in the form of plays, and the ancient Greeks were some of the best playwrights in history. This open-air theater also boasts of the oldest known theater throughout all of Greece. The stands were made of stone and moved up the slope like a modern-day sports stadium.

“This. Is. Spaaartaaa!” The line from the movie 300 is the first thing that comes to mind when people hear the name Sparta. If they were ever to go and actually visit the city that had once been a powerful nation, they would be asking themselves, “This is Sparta???”

In antiquity, Sparta was ruled for a time by two kings, usually brothers. One would go off to war while the other remained to maintain the polis (city-state). It was a military nation with a strong army. In current times, Sparta is quite the opposite. The city remains where it always has but has diminished in size tremendously. Only a dozen thousand people live there now; it has become a quaint town, unassuming compared to its past. It does retain a minuscule amount of its authority, as the town serves as the capital of Lakonia prefect.

There are plenty of museums in Sparta to display artifacts from the time period and remind people of the history of the city-state. Little remains from those ancient times, however. Remnants of a theater are covered over by eroded dirt and grass, but you are able to walk where Spartans once entertained each other. A sanctuary dedicated to Artemis sits on the northern edge of the once-great city, while another in honor of Athena rests elsewhere.

Troy is most famous for the war fought between this great city and Sparta. It began with the abduction of Helen by Paris, son of the Trojan king, and the Spartans’ attempt to recover her. It eventually led to a 10-year stalemate between the two armies. To end the conflict, the Spartans delivered a wooden horse of such tremendous size that it hid 30 of Greece’s best soldiers – it became known as the Trojan Horse. The night after the horse had been brought into the city, these soldiers began their attack, allowing the Spartan army to overrun the city and its forces.

Troy is situated on the coast of the Mediterranean Sea in what is today Turkey. It is currently known as Hisarlik. There have been no physical remains of the ancient wooden horse found, but replicas can be found throughout the city. There are ruins of ancient Troy, but no structures seemed to have survived the Greek assault. Everything that has been discovered from the old city comes from various excavations, some of which can be toured by travelers.

The city of Rhodes not only has an Ancient Greek connection but it also hosts medieval history. The city is best known for the Colossus of Rhodes, a massive statue that overlooked the Aegean and Mediterranean seas. Where once stood a sculpture the size of the Statue of Liberty (quite the feat considering the tools and methods they used to construct it 3,000 years ago), only broken pieces remain. An earthquake devastated the colossus, reducing it to rubble. 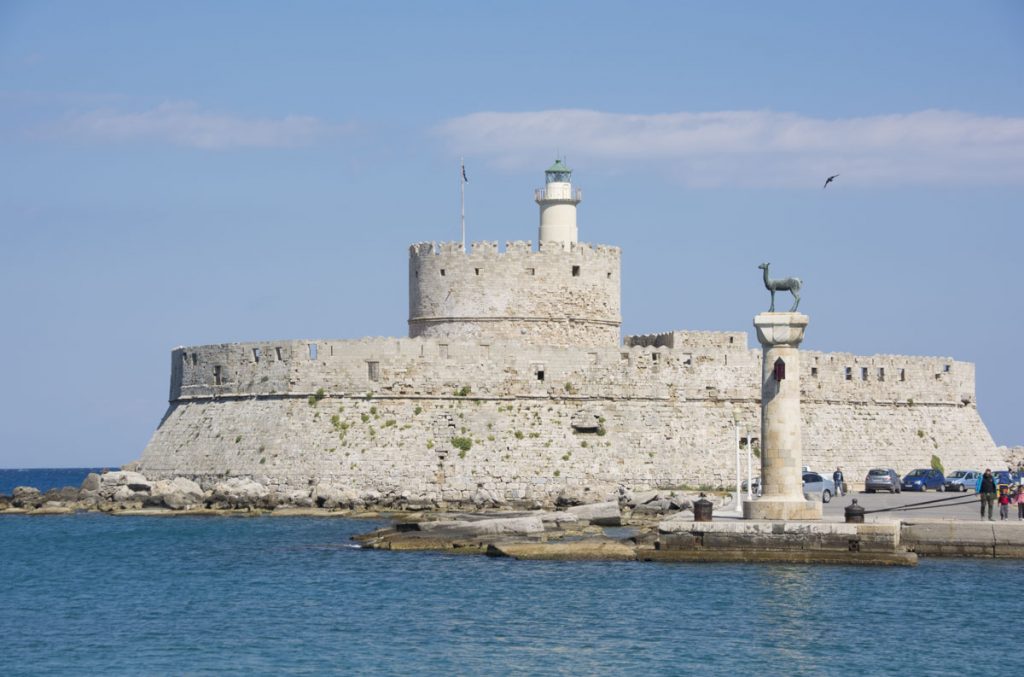 Rhodes was a major center for shipping and commerce in ancient times. Rhodes is now your typical Greek seaside town with all of the modern amenities included. It is a place of local culture and swimming. Although parts of the old city have been preserved, not much remains from mythological times. Only sections of the old acropolis are intact and open to visitors, although the theater remains fairly well preserved.

Much of Ancient Greece has been lost to us, either by time or war or natural disaster. Taking a trip to these locations of antiquity is all that we can do, only to guess and imagine what life was like living under the shadow of the Olympian gods. One day, we may lose these mythological lands completely, a true loss for the world…