Athens Nature and Outdoors Top Things to Do Travel GreeceNovember 11, 2012

I finished a race in the Athens Classic Marathon this year! It was a unique experience joining tens of thousands who came to run the original route dating back to ancient Greece.

The Athens Classic Marathon is the most historic of marathons today. Just put the words Athens and marathon in the same race title and you can’t help but think of the original. 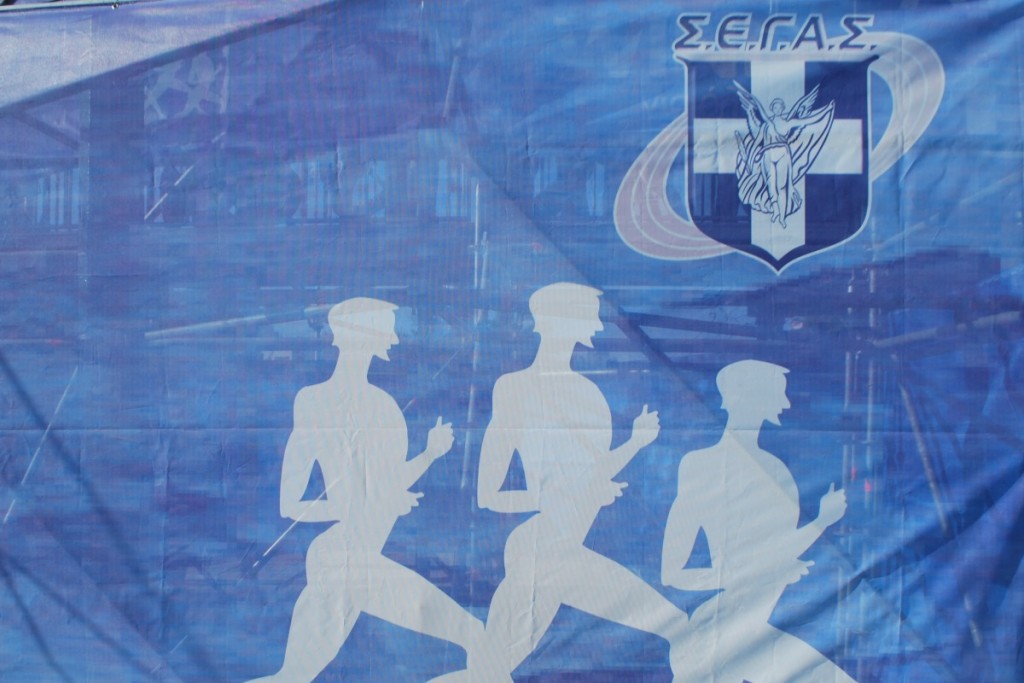 The marathon was named in commemoration of the fabled run of Philippides, the Greek soldier who delivered a message from the Battle of Marathon to Athens.  That’s why the distance of 42.195 kilometers (26 miles and 385 yards) is the official standardized road race.

The annual race in Athens follows that original route. It is one of 500 marathons that take place around the world each year.  The Athens Classic Marathon, is unlike any other simply for its location and its connection to ancient history. 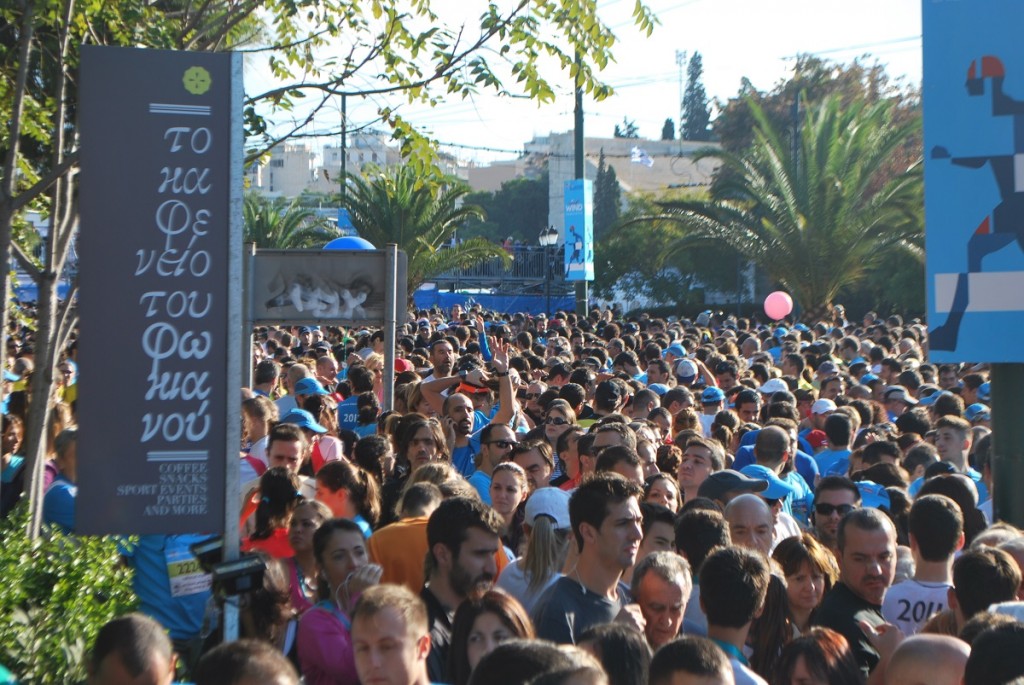 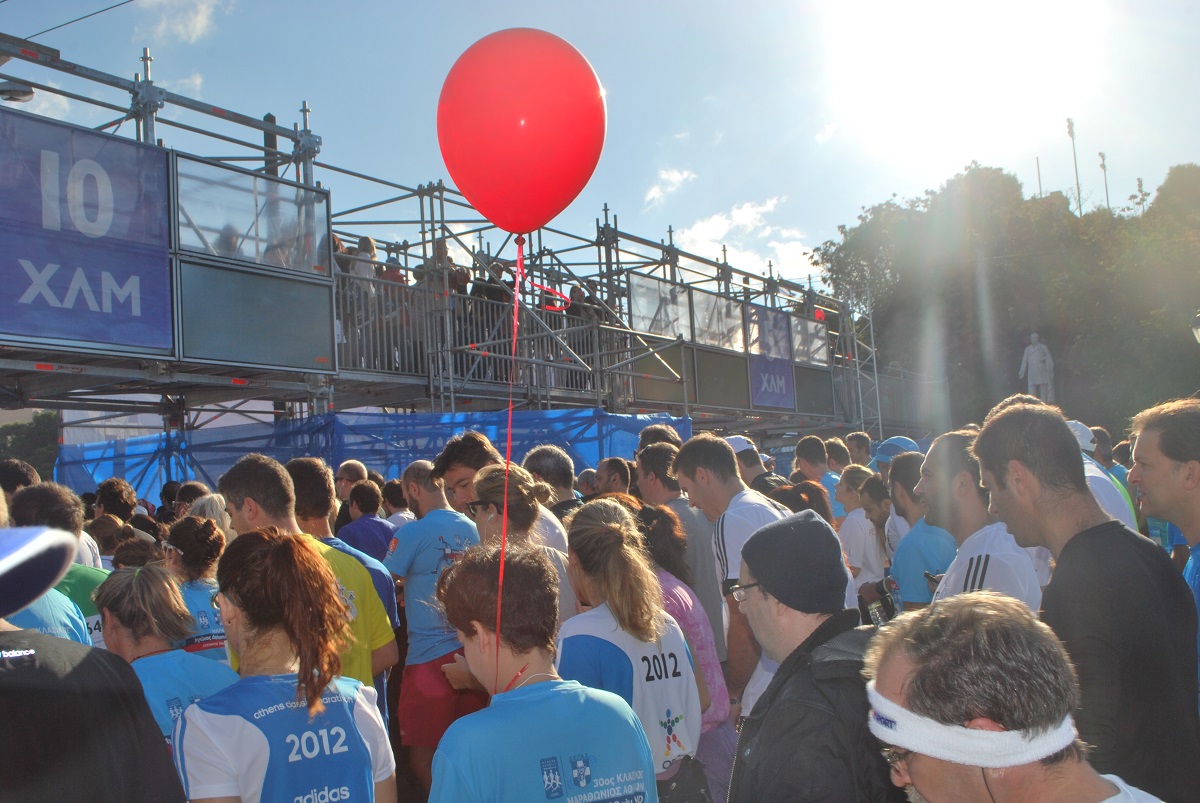 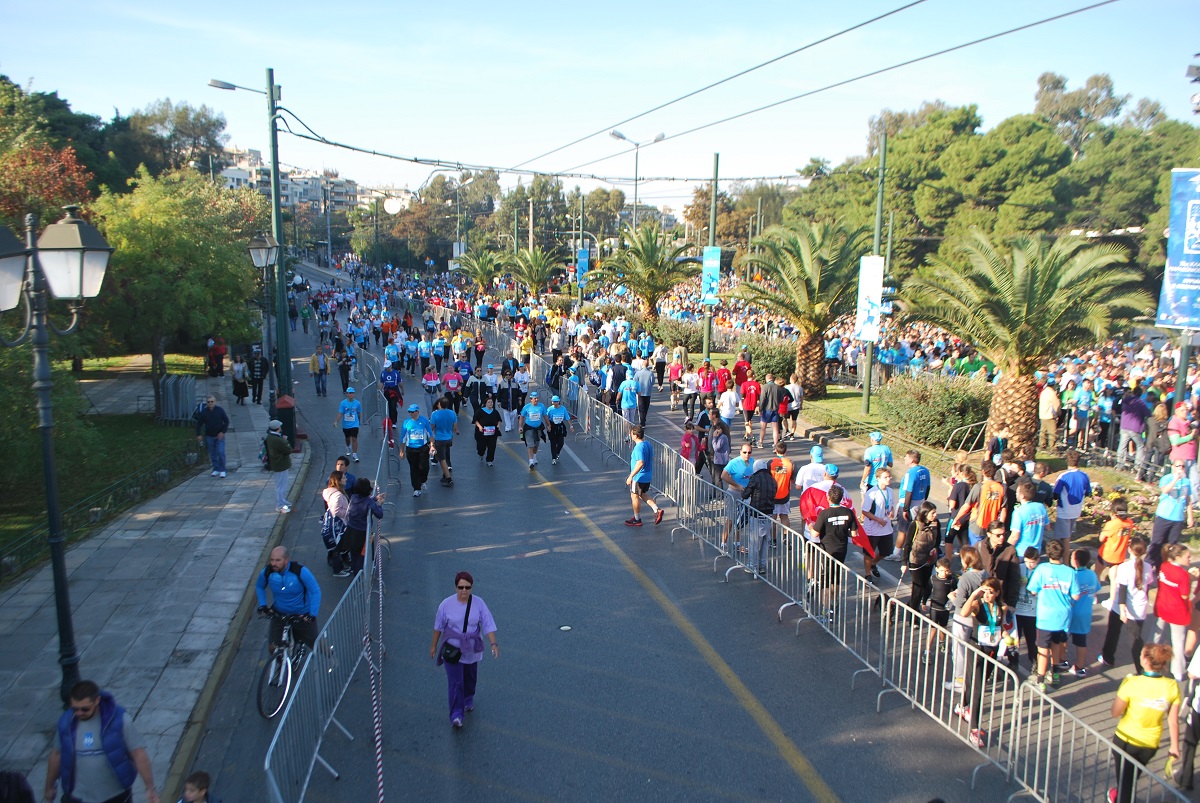 Tourists from all over the world know visit Athens with the event in mind.  For some, it is a big trip and considered a once-in-a-lifetime experience.   The Athens Classic Marathon also includes five- and ten-kilometer races, power walking and a half-marathon race.

Running the Races in Athens

After living here for a few years, it was the first time I had the chance to participate. I finished the five-kilometer race in pretty good time! It was fantastic to be a part of the crowd.  There seemed to be great camaraderie in a city and positive energy.  Greece needs it right now. 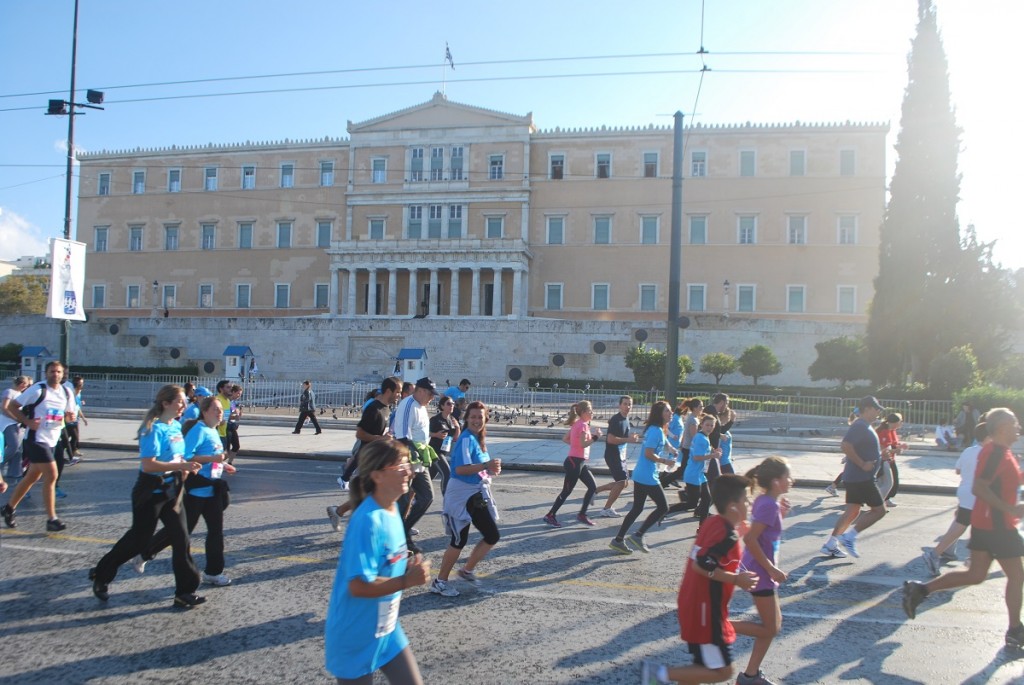 The streets in the city center closed down for part of the day as friends and family members, co-workers and social groups of all ages came together.  Among the 26,000 participants there were a lot of smiles and laughter.  With the beautiful fall weather of Greece, the sun shone bright with a cool and crisp breeze, it was a perfect day for a race. 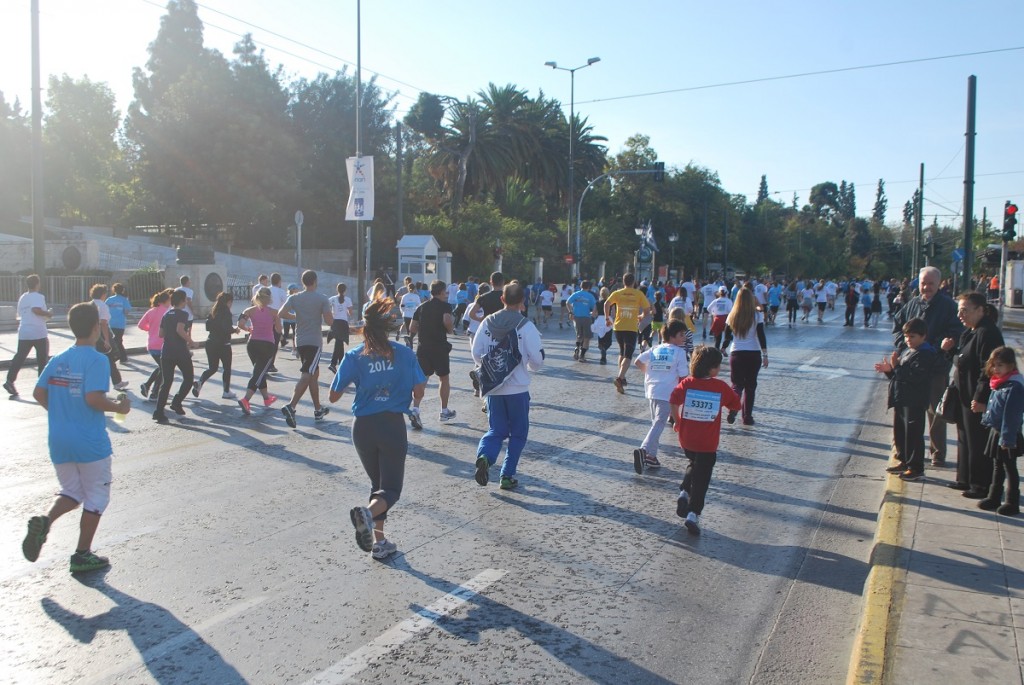 A Historic Kind of Finish

The best part was that  all of the races end in the historic Panathinaikon Stadium, which is right in the center of Athens.  It was where the first modern Olympic Games were held 1896. 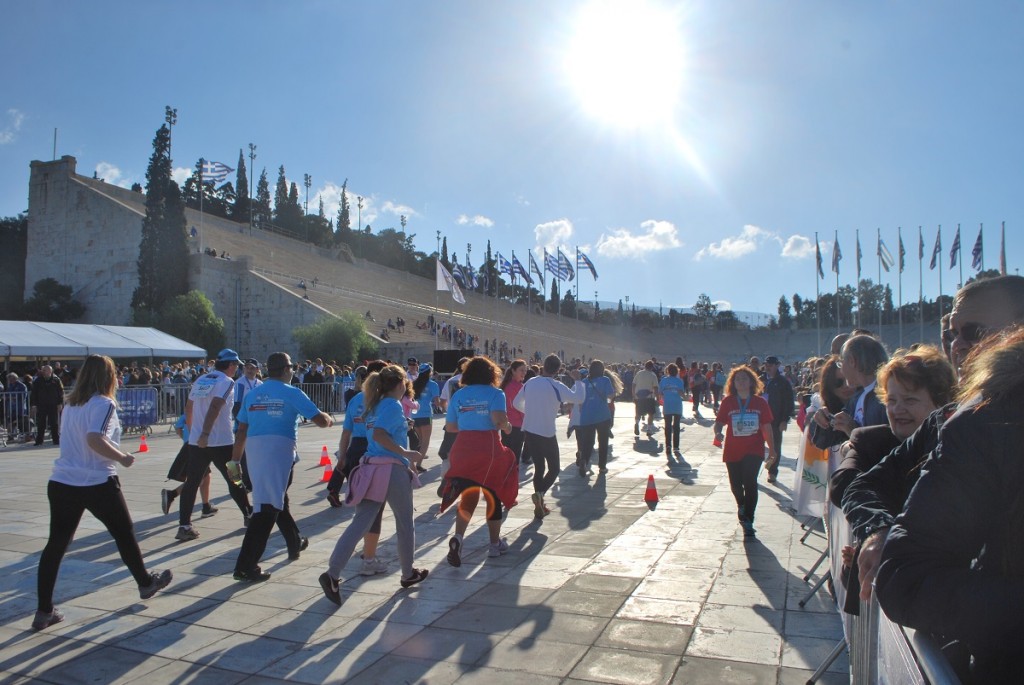 It was a real thrill for me to finish my race in the stadium with the beautiful marble of the structure surrounding me. It was a great feeling to be in Greece, the country where the marathon began more than 2,500 years ago. 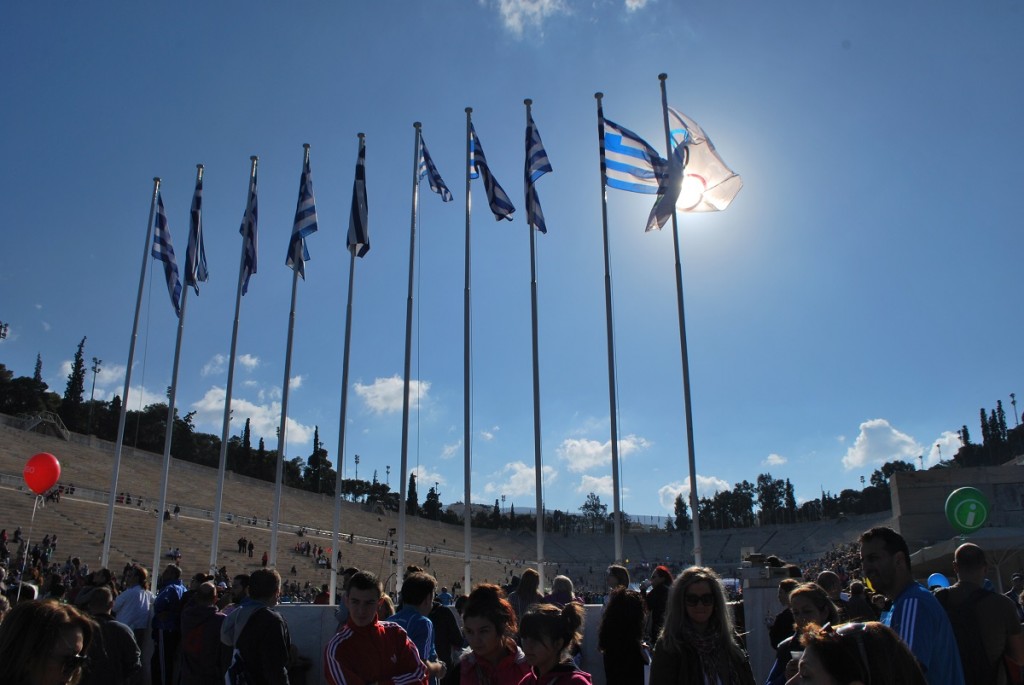 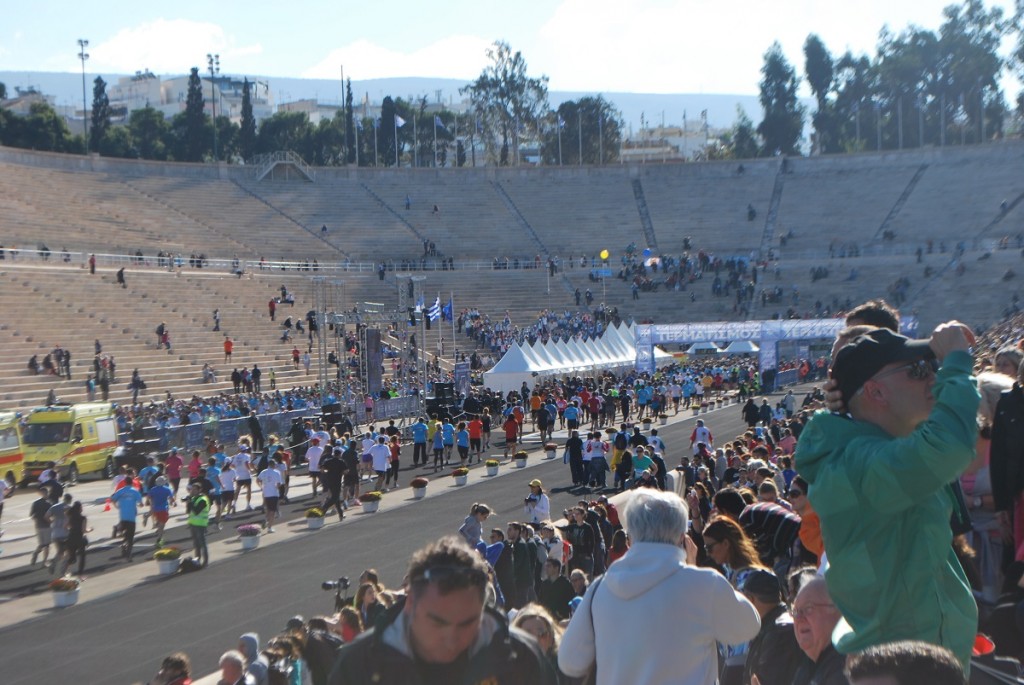 Athens Classic Marathon
Every November.
There are limited spaces so sign up as early as you can.
*Since this post was written the event was rebranded and named the Athens Authentic Marathon.
Visit the website for more information:  www.athensauthenticmarathon.gr

Have you ever ran a marathon or any races? Would you like to run the Athens Classic Marathon one day?