The Velvet Lips hired a black neon robot who pointed his gloved finger at the crowd. With the other hand he aimed his laser gun out, ordering clubbers into his club. Or else.  My welcome moment to Agia Napa nightlife.

I escaped the crowd at the Velvet Lips dance club to check out the rest of the options. It was early October -tourist season was supposed to be over -but Agia Napa’s streets were alive and kicking.  Crowds shuffled between brightly lit clubs and bars as music pumped louder than the venue next door. 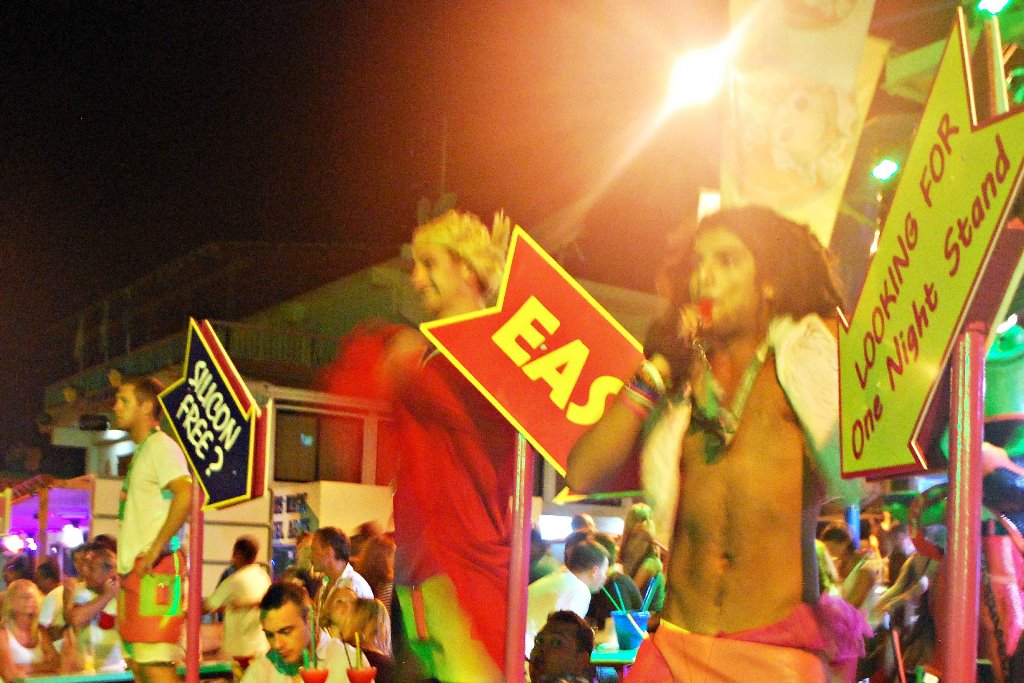 Nightlife is colorful in Agia Napa.

Clubs were emblazoned with names Bed Rock Inn, Carwash Disco, Baywatch, Zorro and Aruba.  They lined the district with a whole synthetic, plastic ambiance to match their names – gimmicky, big, bold and colorful.  It was a far cry from Athens nightlife or anyplace else I had been actually. I’d say it was touristy – even cheesy – but perfect for visitors looking to have fun, dance and drink all night. Hey, it was 1:30 a.m and the congo line had just started at Senor Frogs! 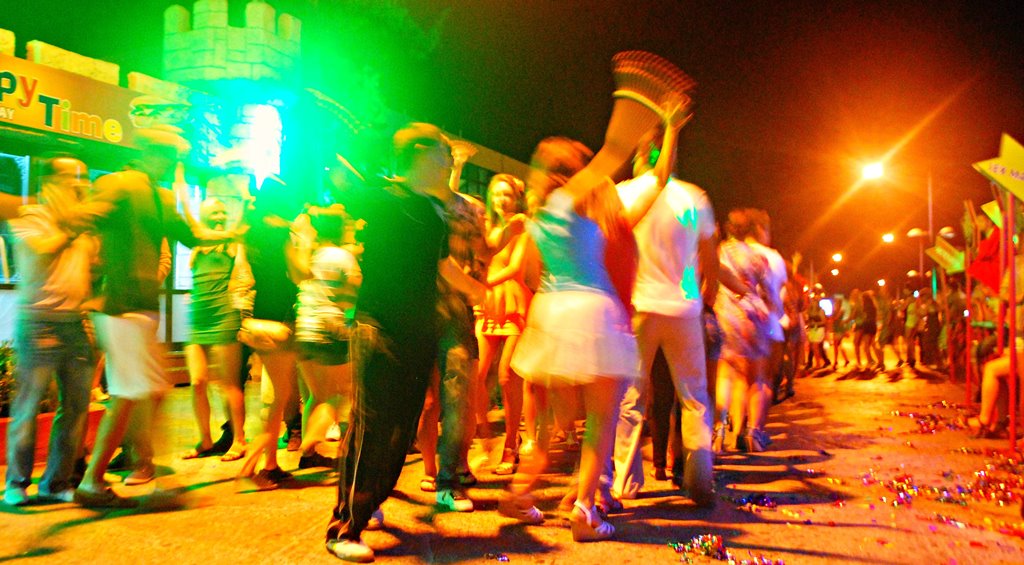 A fuzzy conga line at Senor Frog’s in Agia Napa.

Besides dance clubs, Agia Napa nightlife was abound with Irish and English pubs that seemed to have been dropped down from northern Europe.  It made sense since half of the tourists in Cyprus come from the UK. Russian clubs and bars were also abundant, as the other half of tourists hailed from Russia.  Some chic bars and some “chill” sit-down-and-smoke-a -hookah café/lounge bars added another kind of option to the nightlife scene.  Agia Napa featured a good number of karaoke bars. Which brings me to this photo… 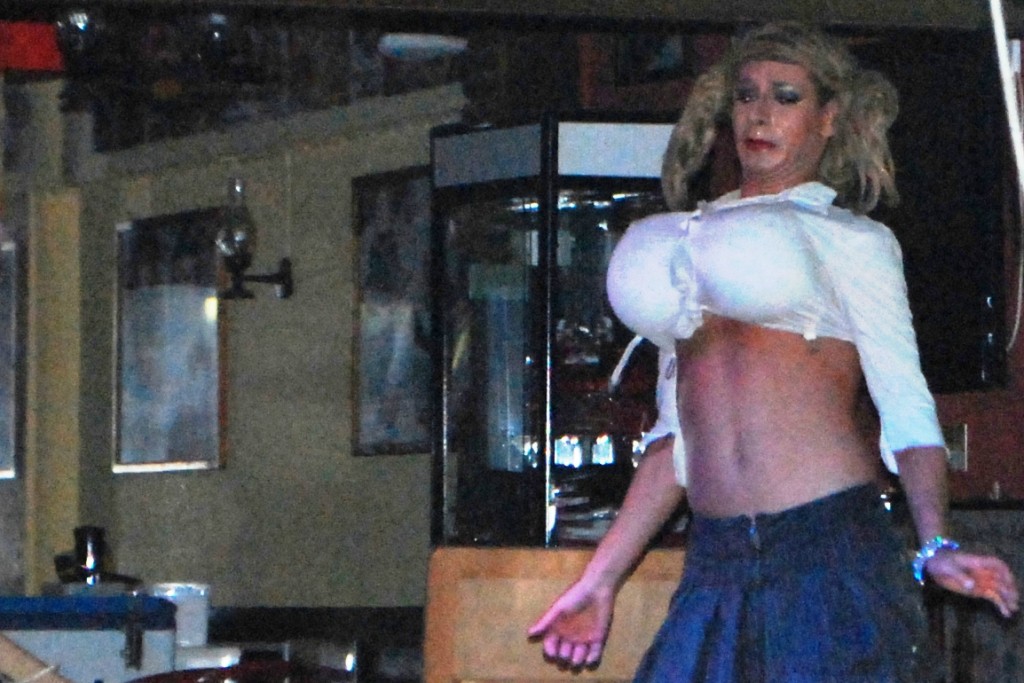 OMG! Is that Britney?!

I couldn’t help but watch this guy for a second.  With  plastic balloons stuffed in his shirt, he bopped about the open-air bar as he swooned his best Britney. “Oops… I Did it Again.” Fascinating.

In Agia Napa, one thing is for sure… you won’t be bored.

Have you ever experienced Agia Napa nightlife? Tell me about it!