Odessa is a beautiful city in southern Ukraine located near the Black Sea. It is often called ‘the Pearl Near the Sea’. Odessa is the third biggest city in Ukraine. It’s the city of cheerful and ardent people with an excellent sense of humor. There’s a theory that Odessa could endure that much of historical cataclysms because its people are very optimistic and ready to make fun of themselves and everything around.

Odessa attracts tourists with a warm sea breeze, sunny beaches, picturesque inshore zones and therapeutic muds from coastal salt lakes. Odessa is also home to one of the greatest opera houses in the world. The city’s rich cultural life allows tourists to submerge into an unforgettable atmosphere of many musical, dance, literature and other events taking place in the city.

How not to get lost in the diversity that Odessa has to offer? This list of the Top 10 Things to Do in Odessa will keep you focused.

Many people want to be born in Odessa, but only a few can make it.

1. Opera House. One of the most beautiful opera houses in Europe and the world, this building is a jewel of Odessa. It was built in 1887 in the Baroque style, by the same architects, who built opera houses in Vienna, Budapest, Prague, and many other European cities. It is advised not just to look at it from the outside, but to attend one of the performances to experience Odessa Opera House fully. The unique acoustics of the inside hall allows making whispers audible even in the farthest corners. If you have never seen ballet or opera, Odessa Opera House is a great way to start. 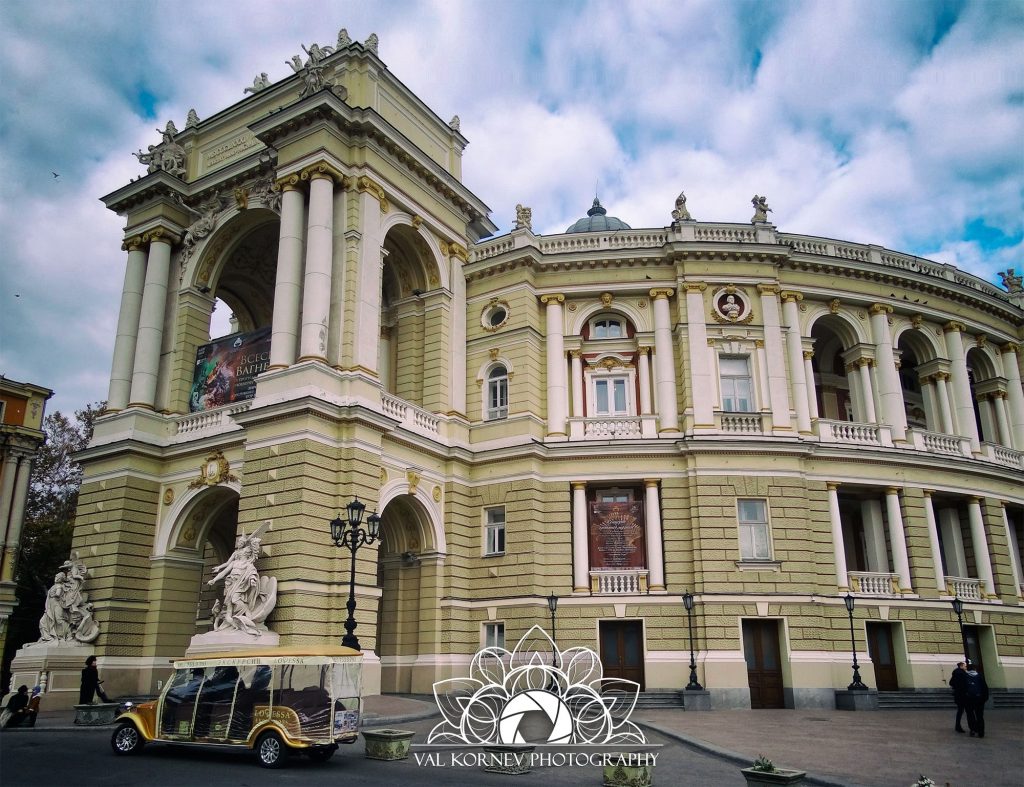 2. Deribasovskaya Street. This is the main street of the city where every house, every passage, every yard is an attraction. Everything is filled with the spirit of history, incredible architectural details and the spirit of craftsmen who created all these things. Deribasovskaya is a pedestrian street and although it is not large, there’s something magnetic about it. The must-visit attractions on and near Deribasovskaya are: 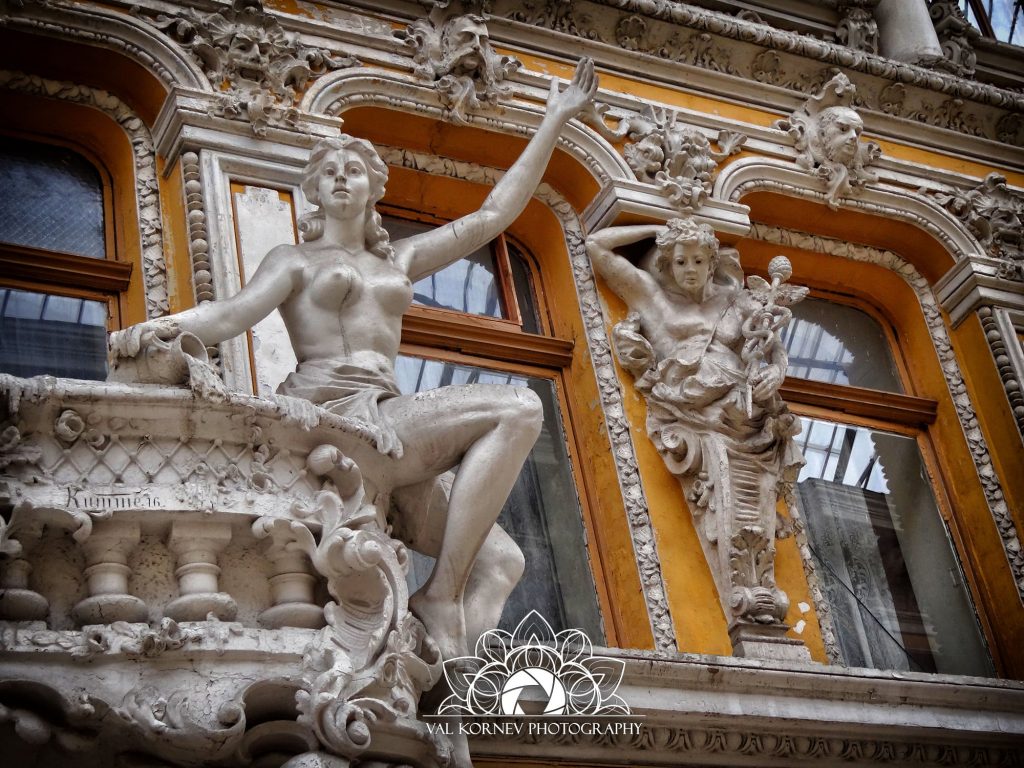 3. City Garden. Right after walking through Deribasovskaya Street, you can get to the City Garden. This place is often called the heart of Odessa. At first, it was a private garden of Felix de Ribas, brother of the city’s founder. But as the garden became too big, Felix gave it away to the city and in 1806 it became Odessa’s property. One unique thing about this garden is the perfume fountain that pulverizes aromatic perfume instead of water every hour. There’s also a musical fountain in the center of the garden. Its jets of water change height depending on the rhythm. You can also find summer theater and musical pavilion, where you can listen to the wind band every weekend.

4. Primorsky Bulvar or Seaside Boulevard. One of the most beautiful streets of the city stretches above the precipice parallel to the seashore. The buildings of the boulevard form a sea façade of Odessa that has a face of classicism and early Italian renaissance. You can encounter street musicians, spontaneous political orators and other interesting personalities there. It’s a great pleasure to walk this street in the evening, breath the sea air and participate in the celebration of life around you. Primorsky Bulvar will lead you to Potemkinskaya Staircase.

5. Potemkinskaya Staircase. An important part of Odessa’s history, this giant staircase was built in 1825. Back then Duke Voronzov gave it as a present to his wife. The staircase consists of 192 steps and its length is 142 meters. Remarkably, if you look from above, the staircase looks straight. This effect was achieved due to perspective construction. The lower part of the staircase is 7 meters wider than the upper. You can observe a beautiful panorama of the bay and seaport from the upper levels of the staircase. As you finish observing the panorama from above, walk down to the seaside and seaport.

6. Seaside and seaport. Seaport of Odessa is a massive complex consisting of malls, piers and commercial buildings forming the port’s harbors. There are several interesting monuments in the seaport. Namely, the ‘Golden Child’ monument that symbolizes forever young and growing Odessa and a monument to the sailor’s wife. You can take a nice boat-trip along Odessa bay. It starts in seaport and takes about an hour. As you go further you will reach a beautiful seaside where you can enjoy the sea in many forms. Whether it’s silent or stormy, it’s always full of life and a pleasure to behold. 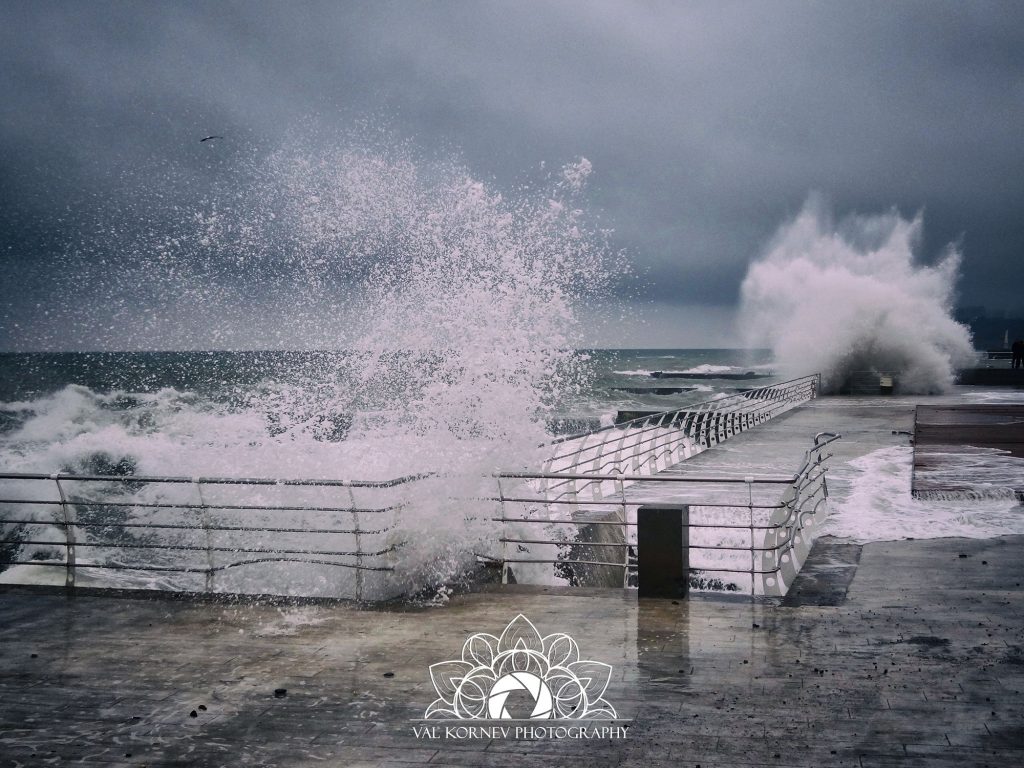 7. Streets and yards. Your visit to Odessa will not be complete unless you take your time to walk the city’s street and explore its yards. You already know about Deribasovskaya and Primorsky Bulvar, but there are many more interesting streets and places that convey the real spirit of the city. Here’s a list of Odessa’s yards that you should see:

In many of these yards, you will meet a great number of cats. 5, 10 and in some yards as many as 10 or 20. So, Odessa’s yards are definitely a place to be for cat lovers. 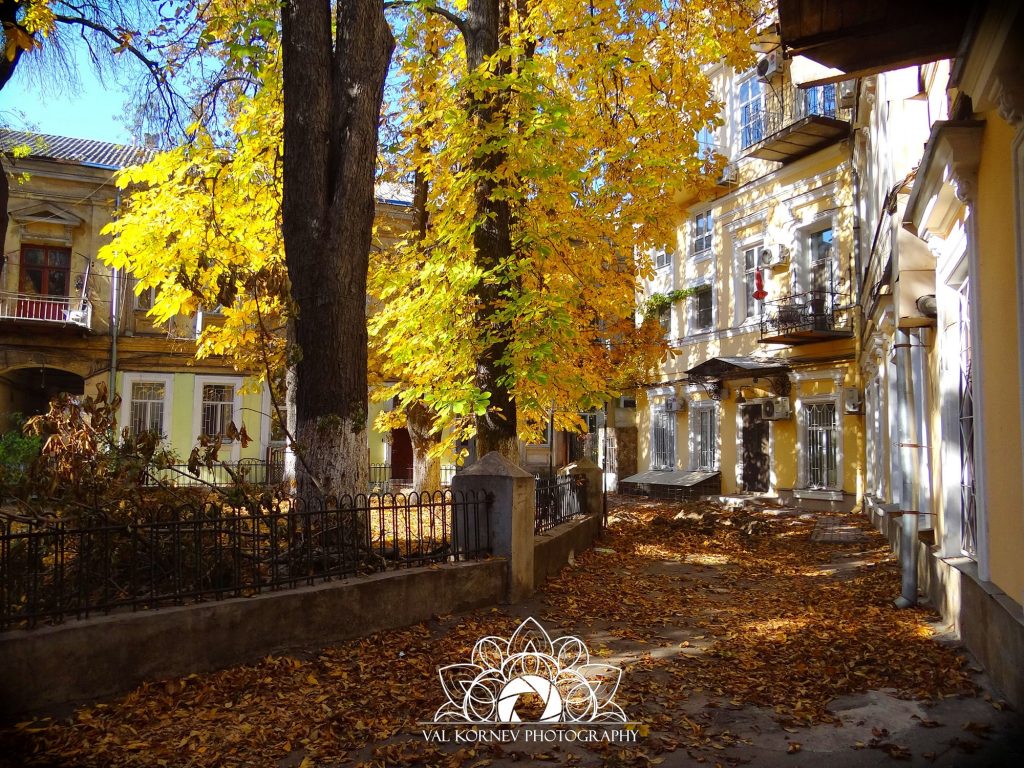 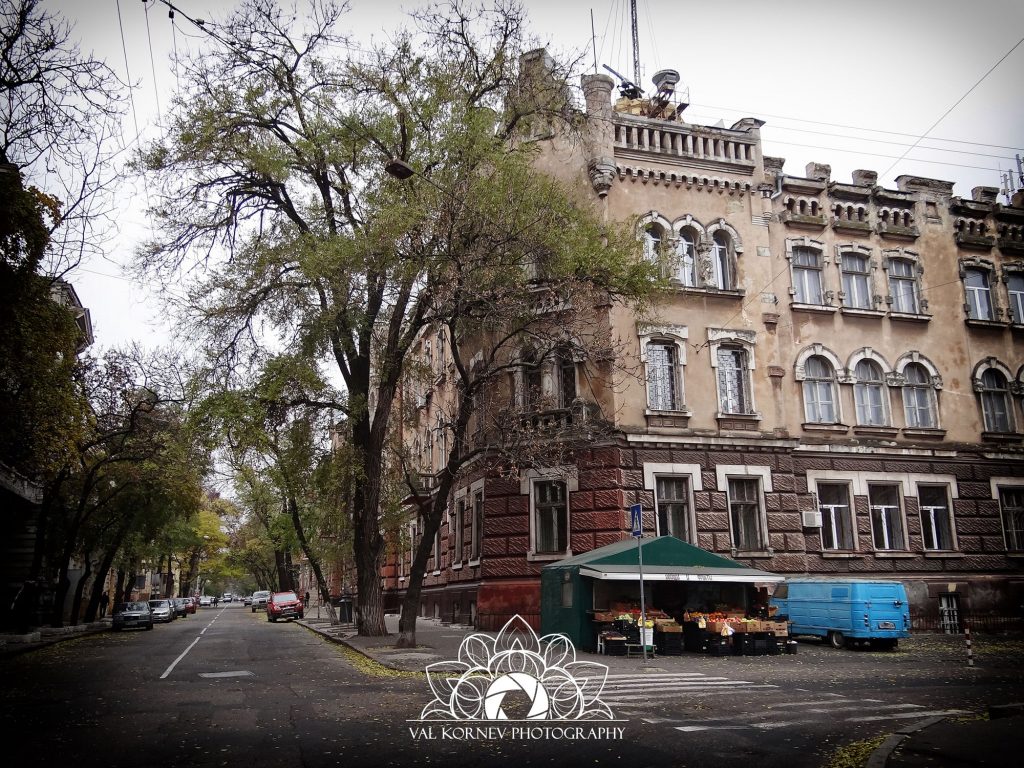 8. Catacombs of Odessa.  These catacombs are a wonderful world of old underground elaborations made during the end of the 19th century and the beginning of the 20th century. It’s located under Odessa city and its suburbs. To this day, these catacombs aren’t fully researched. To explore them, you need to take a tour. It’s a wonderful opportunity to learn the secrets of underground Odessa. Don’t ever go to the catacombs without an experienced guide. Because of the vastness of catacombs, it’s very easy to get lost there.

9. Shevchenko Park. The biggest park in Odessa. It’s one of the most popular places for recreation of residents. There’s a big stadium in the center of the park, an alley of glory dedicated to the warriors who fell defending the city during the Second World War, a monument to a famous Ukrainian writer Taras Shevchenko and many other monuments and memorials. You can also get an excellent view of the sea from the park. Entertainment options available in the park include a carousel, rollercoasters, chamber of horrors, motor-racing and the biggest Ferris wheel in Ukraine.

10. ‘Privoz’ Market. What’s so special about the market? First of all, it’s a market of a seaport city, which means that you can find there almost anything. Secondly, the way shopkeepers speak and behave there is priceless. It’s one of the best places to feel the peculiarity of Odessa’s people and their sense of humor. You can also train your trade skills and buy the freshest seafood there. 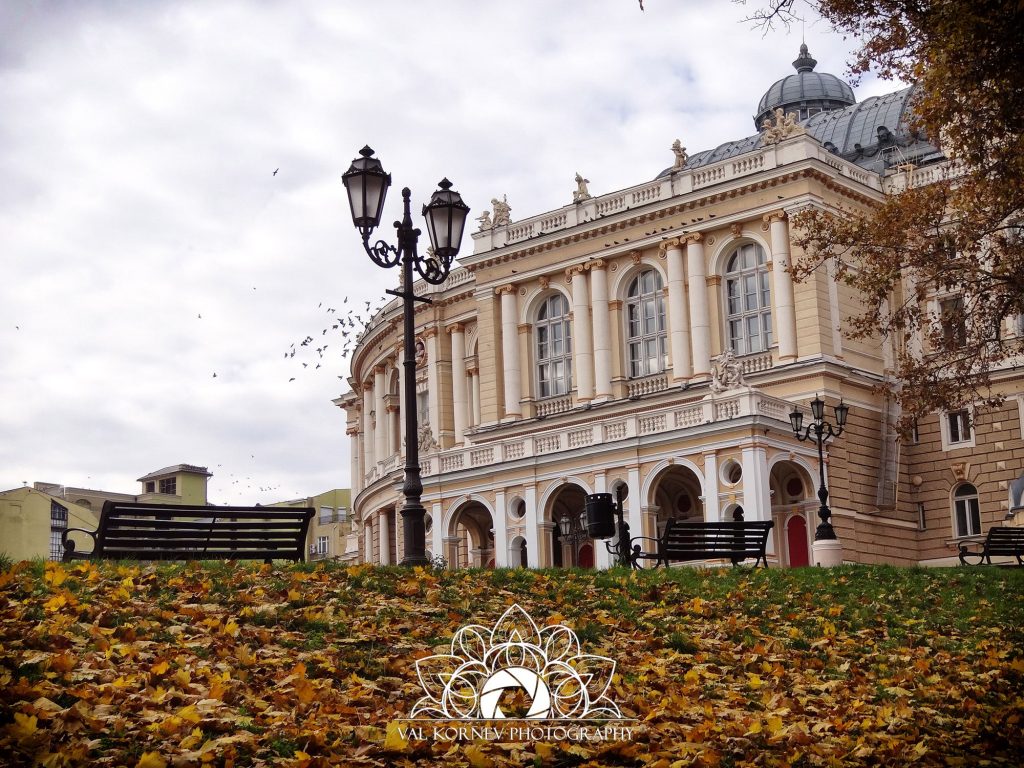 There’s no way to skip Odessa if you want to explore Ukraine.

Click here for the PDF version of the Top 10 Things to do in Odessa Guide.