The best beaches of Kimolos island were empty when I came for a visit.  I had them all to myself!

Kimolos was easily accessible from Milos. At one point, way back when, these two islands were connected.  During the peak summer season a ferry boat shuttles tourists between them.  When I arrived in September, Kimolos was pretty much empty. 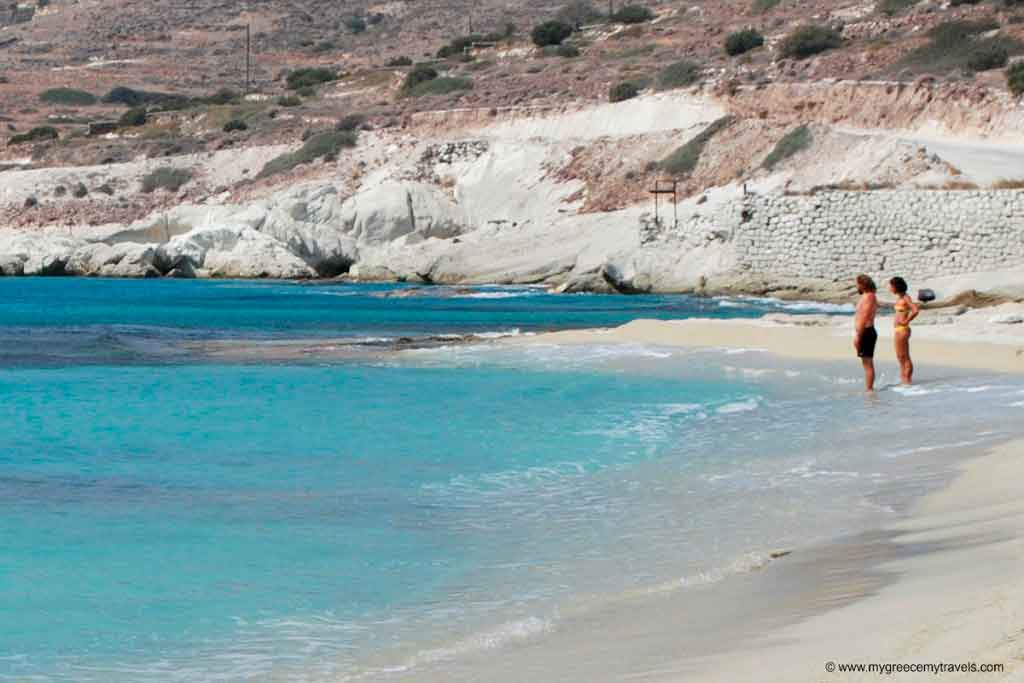 An off-the-beaten-path island, Kimolos’ tourist season obviously didn’t last into the fall.   I joined a handful of visitors. We begun to recognize each other after a short while as we passed each other repeatedly in the main town, at the sights and on the roads. This kind of quick recognition happens often on the smaller non-touristic Greek islands.

We didn’t really see each other on the beaches though. It was too windy to really enjoy them.  Still, I wanted to take a look since I love Greek beaches. 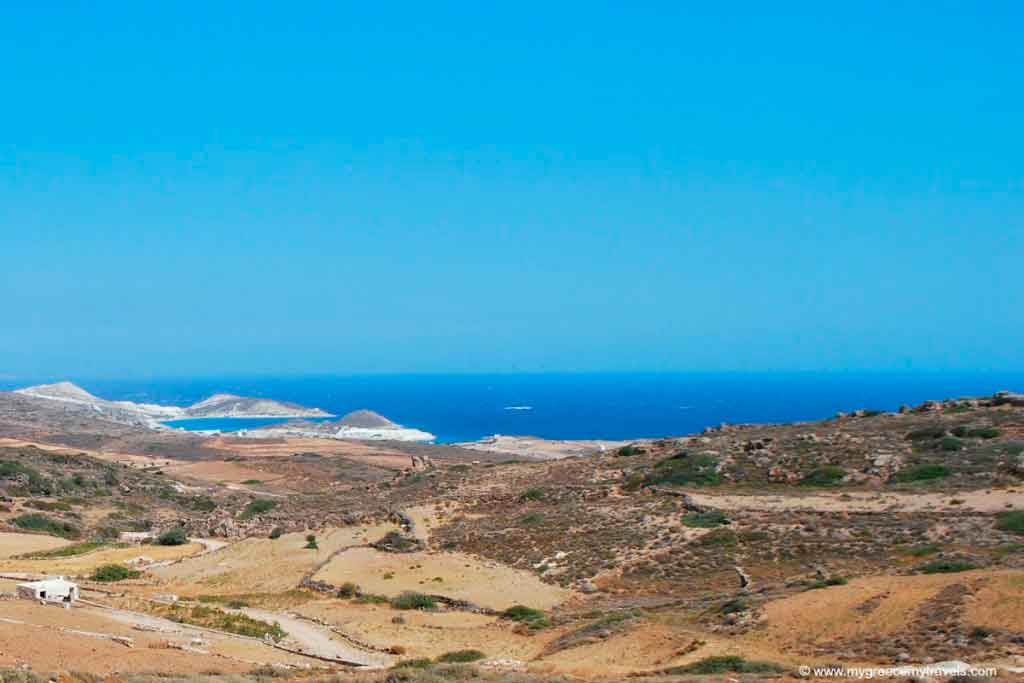 In a matter of 36 hours, it was possible to visit a good a chunk of the beaches accessible by car. Even with the whipping meltemi winds, the sun was still bright and the empty coastlines were quite gorgeous.

Here are the best beaches of Kimolos that I hope you’ll get a chance to enjoy:

Located on the northeast part of the island, it was named over and over again by locals as the most impressive beach coast.  I was impressed, that was for sure. 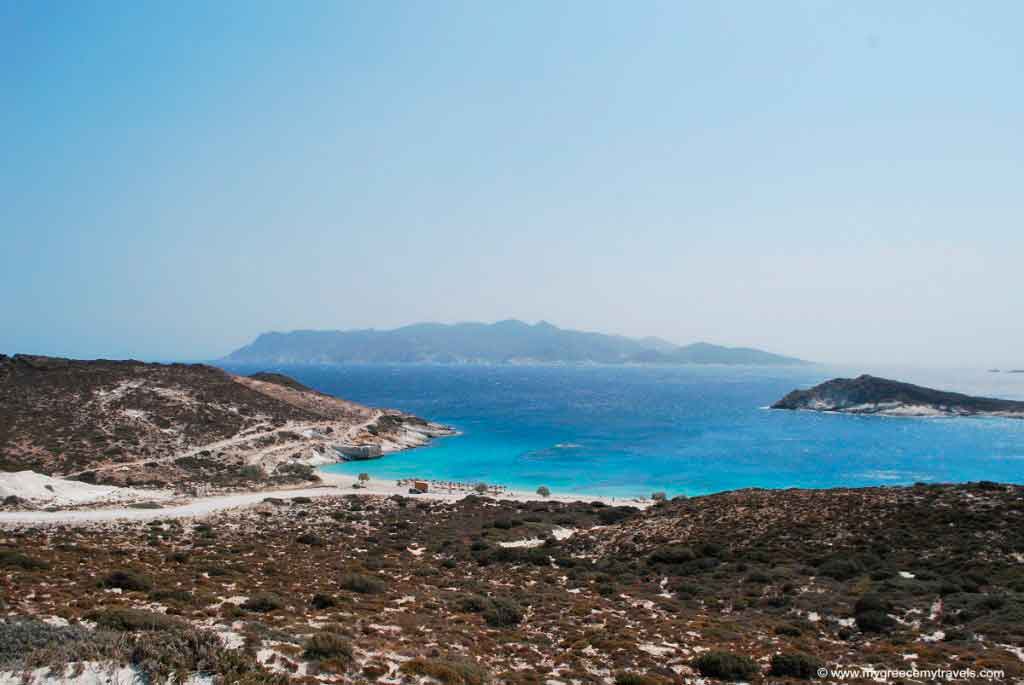 It had thick, white sand and startling turquoise waters.  I imagined how clear the water would be in the peak of the summer season.  The fine sand came from the layers of chalk that made up the island. In fact, the chalk mining site was located nearby. The island’s name actually came from the Greek word for chalk. 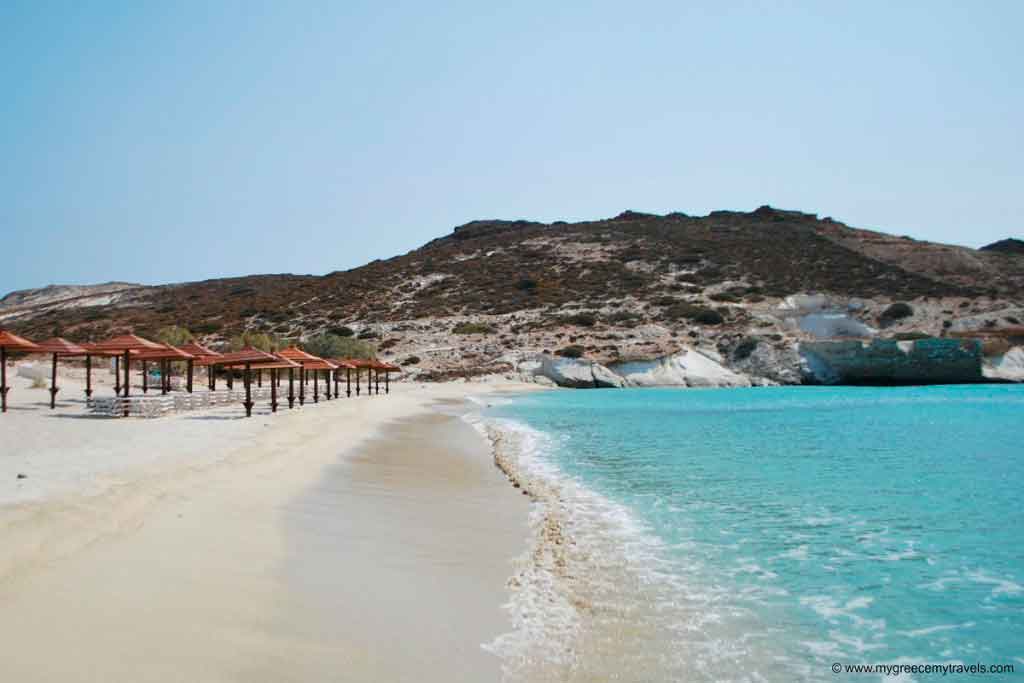 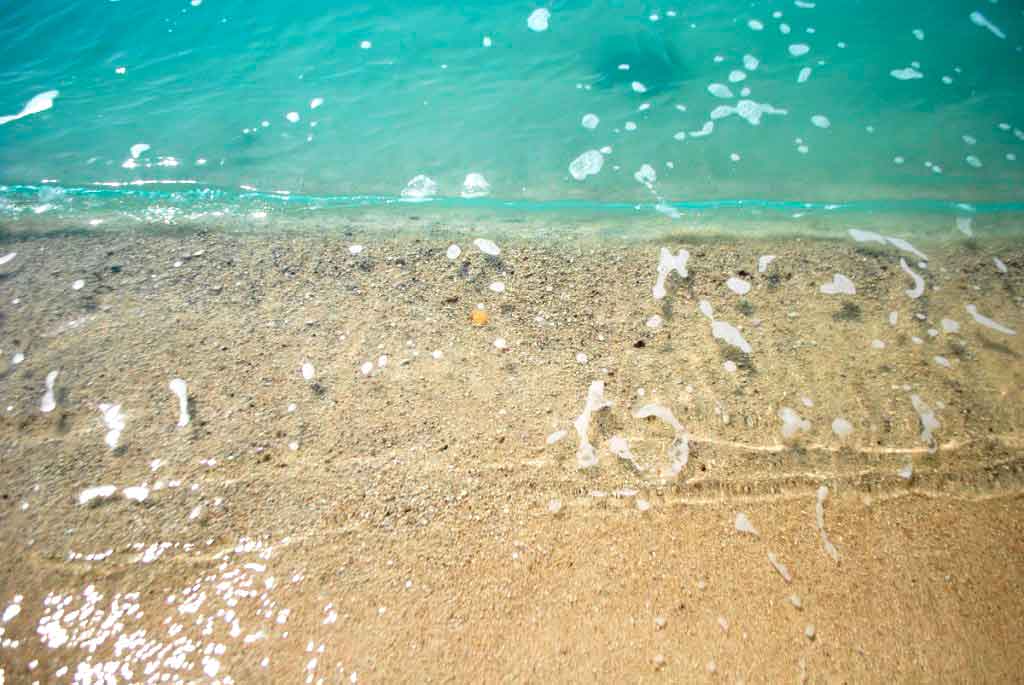 I thought Bonatsa was a fun name for a beach.  Anyway, Bonatsa was next to Prassa. It was sandy and pretty as well. 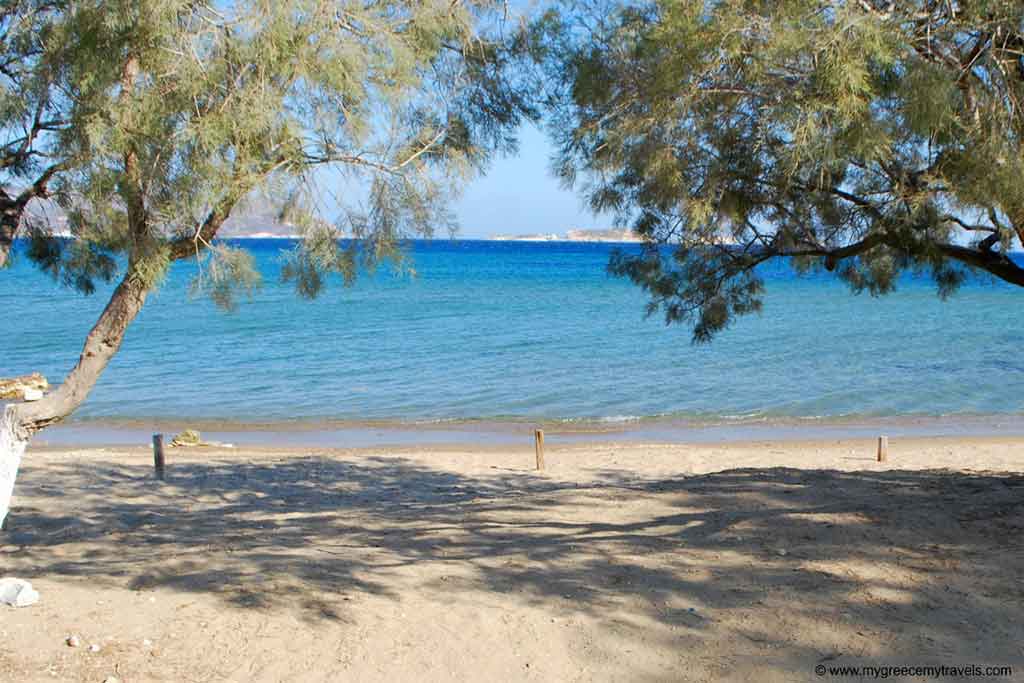 Kalamitsi beach was the third beach in line, a kind of  double beach with pebbles and sand. 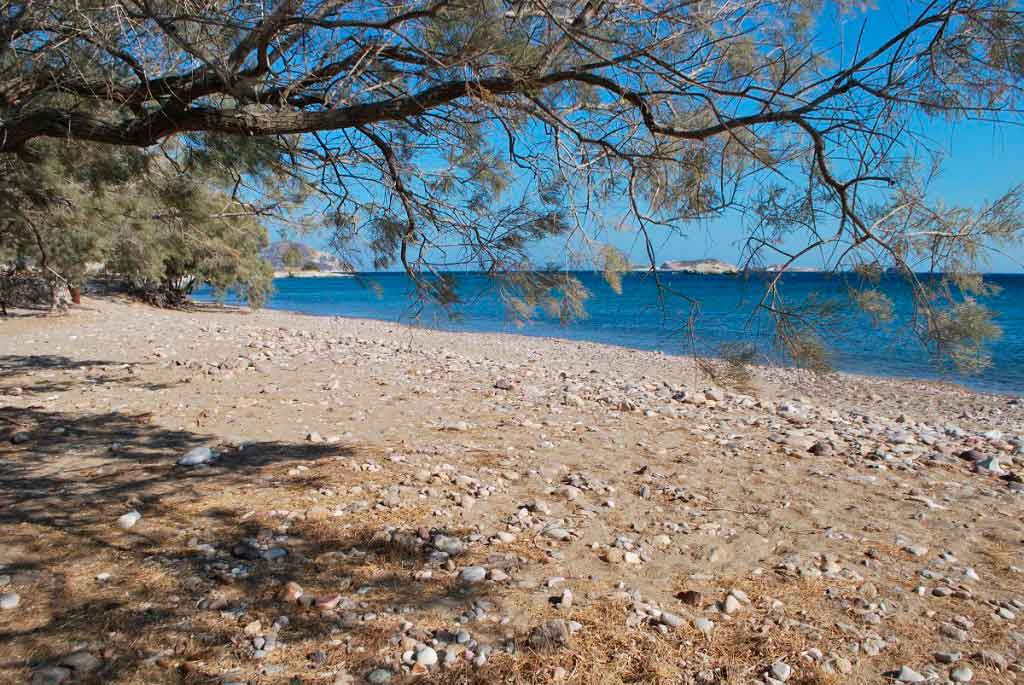 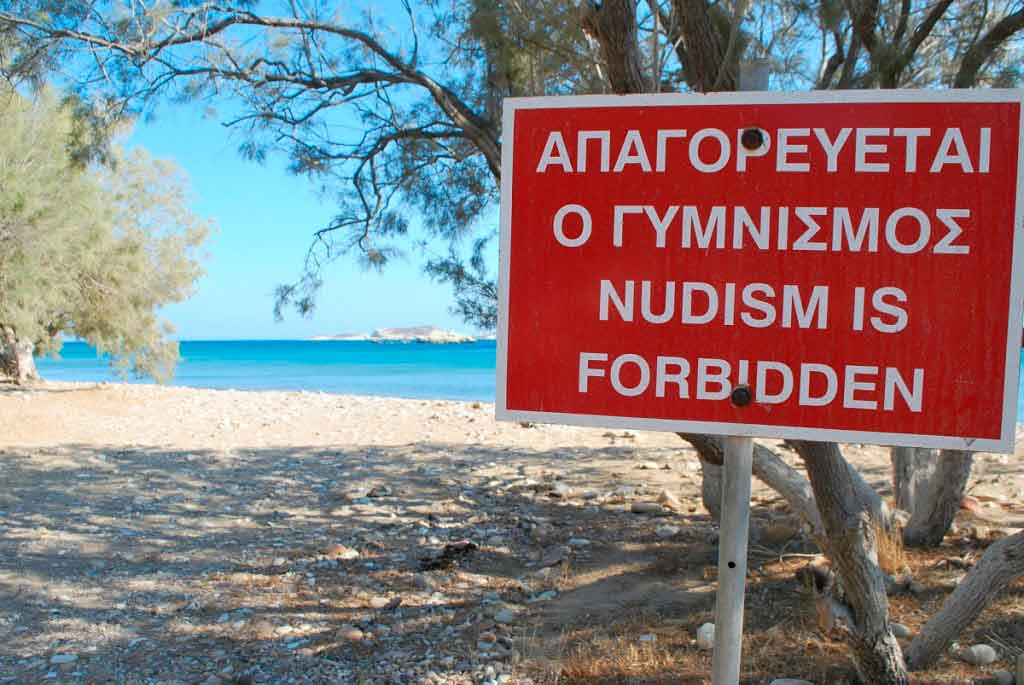 Fikiada beach was a rocky and wild beach.  I noticed the remnants of an old mining bridge remain nearby.  There were some interesting rock formations out in the sea too. 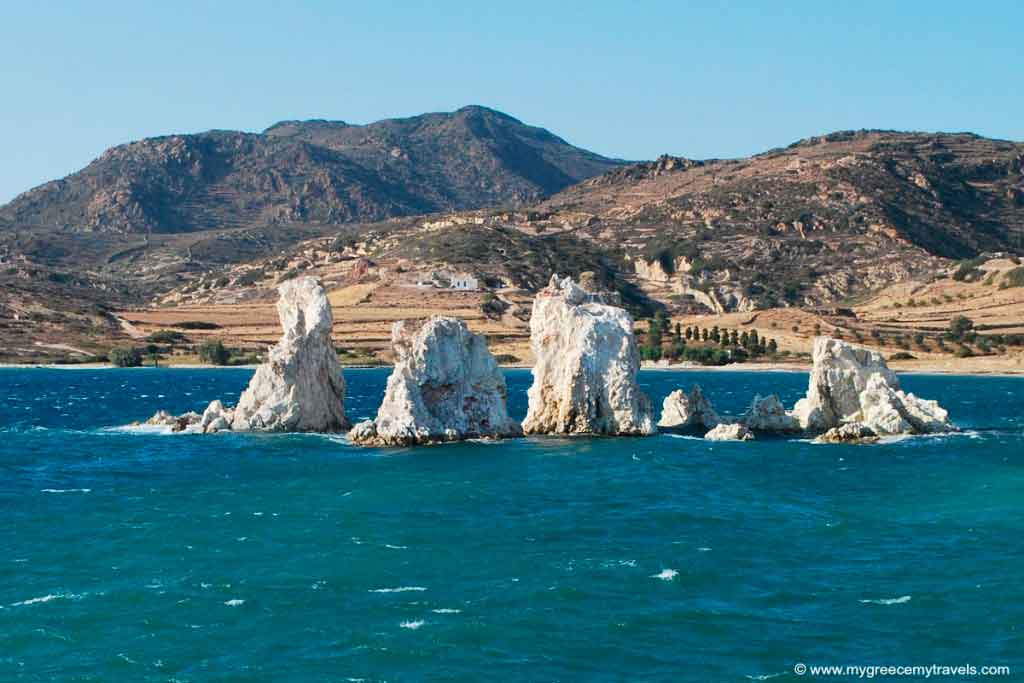 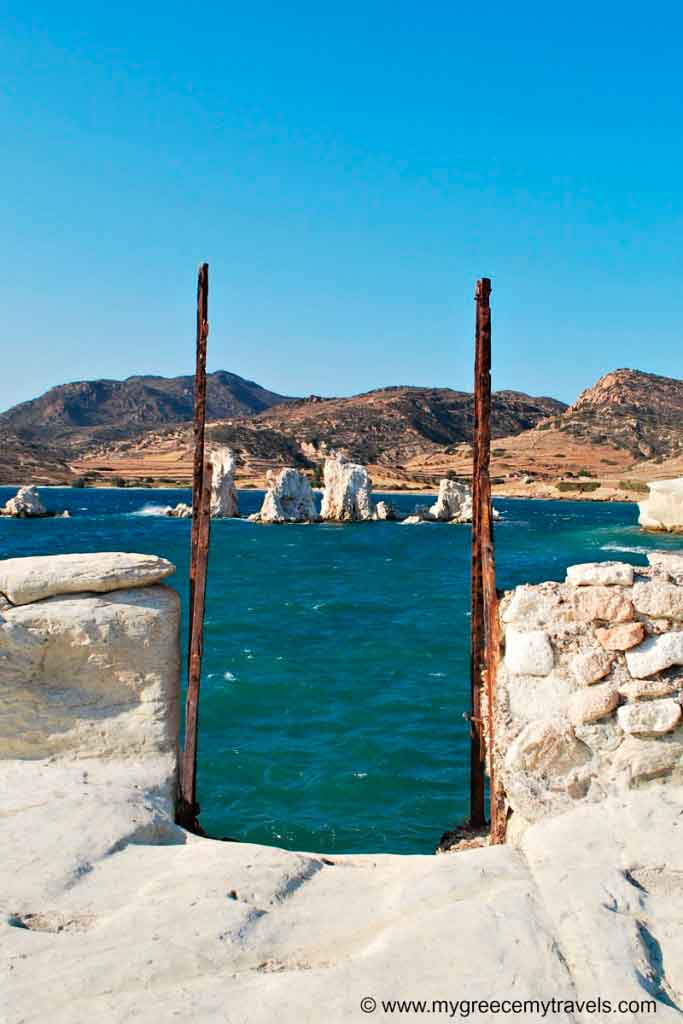 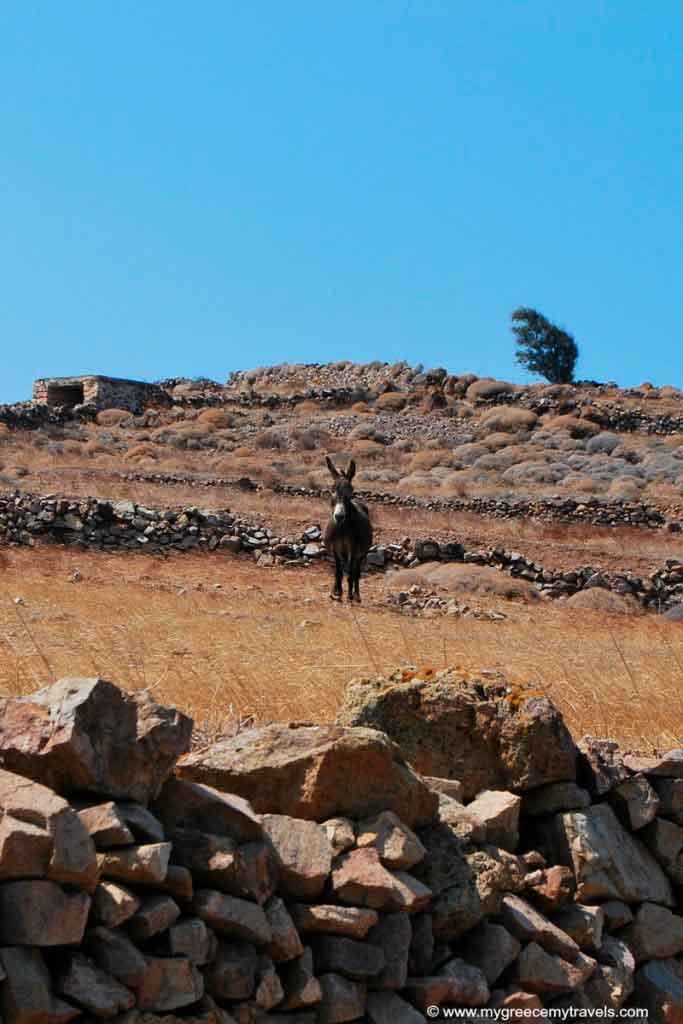 A Kimolos mule checking out the windy beach view 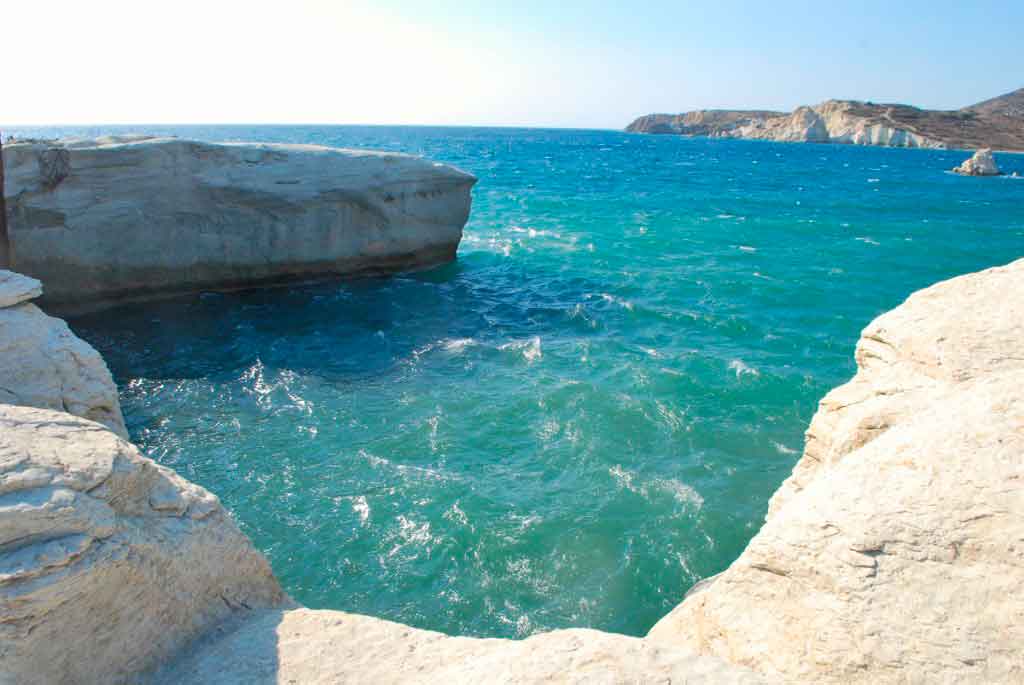 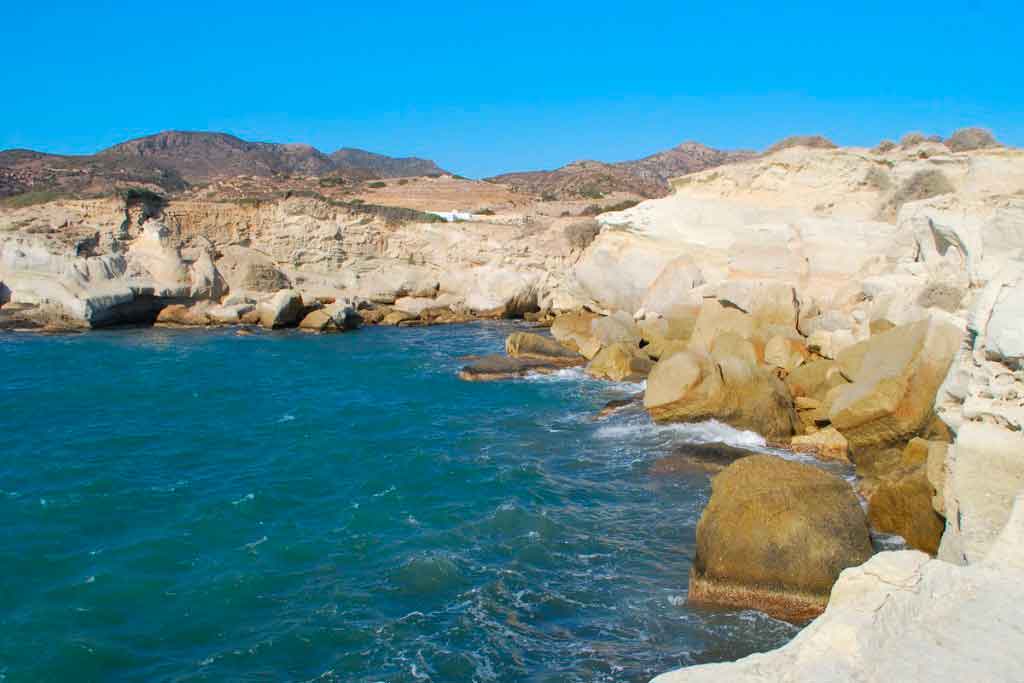 These three beaches were next down Kimolo’s coast.  As we drove down the beach lane, I noticed how the scenery just changed from beach to beach.  When the road ended, we took a little hike up a steep cliff for some fresh windy air. 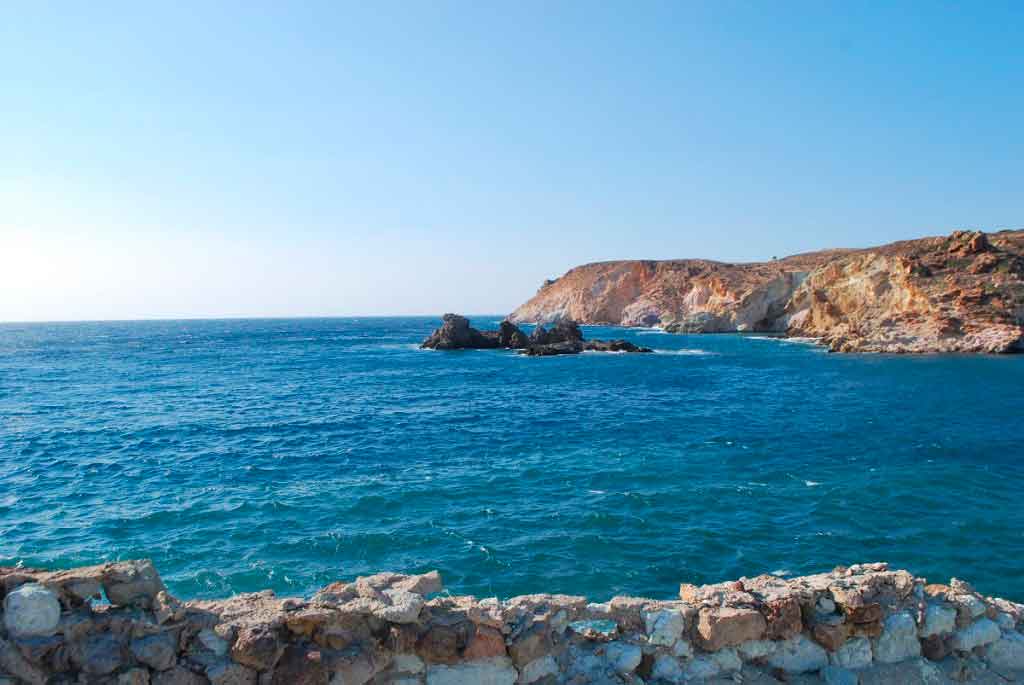 Driving down the beach road in Kimolos 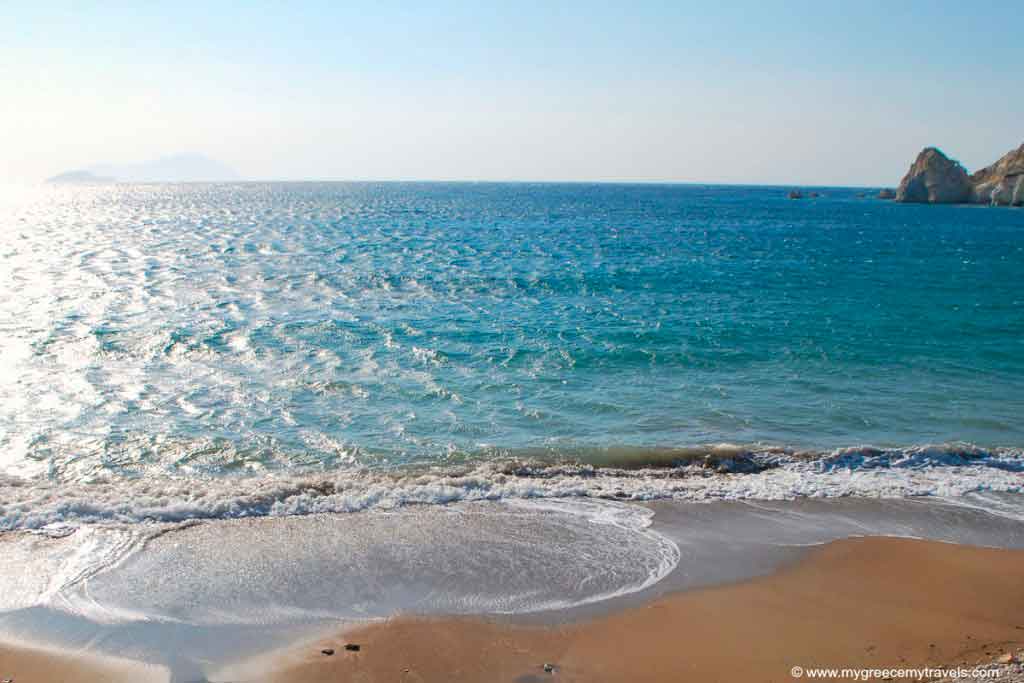 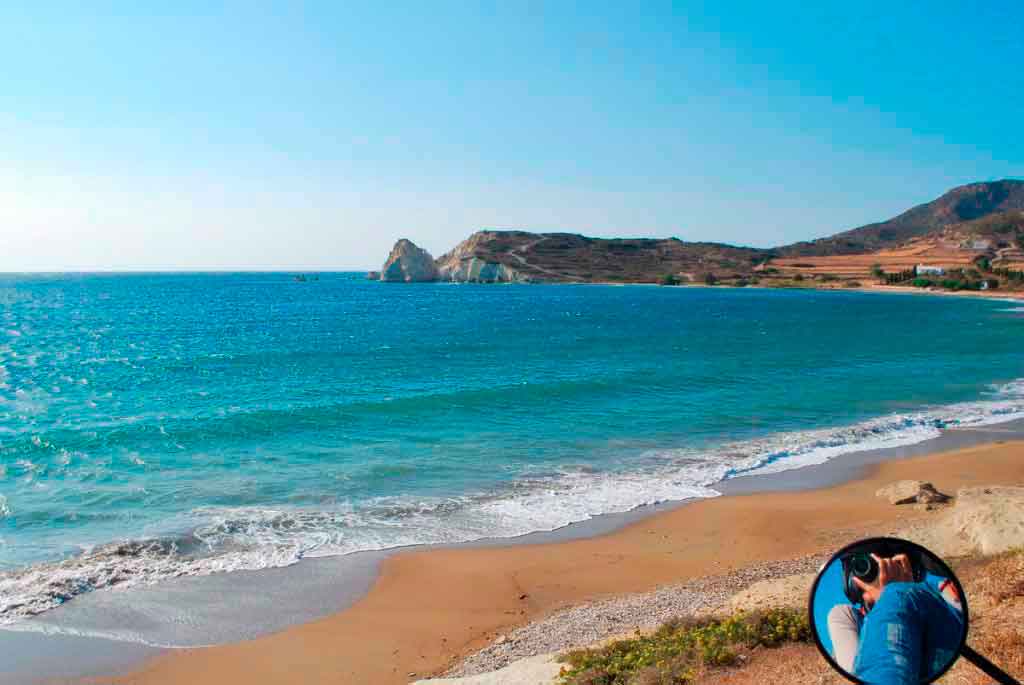 Taking photos on the motorcycle 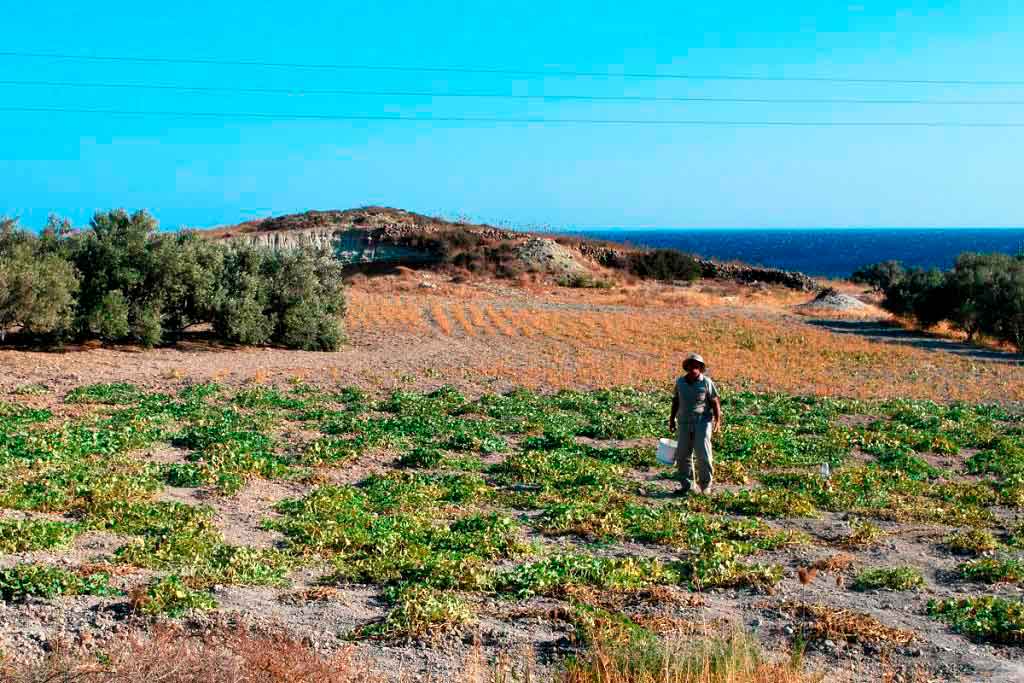 A farmer in Kimolos, near the beaches 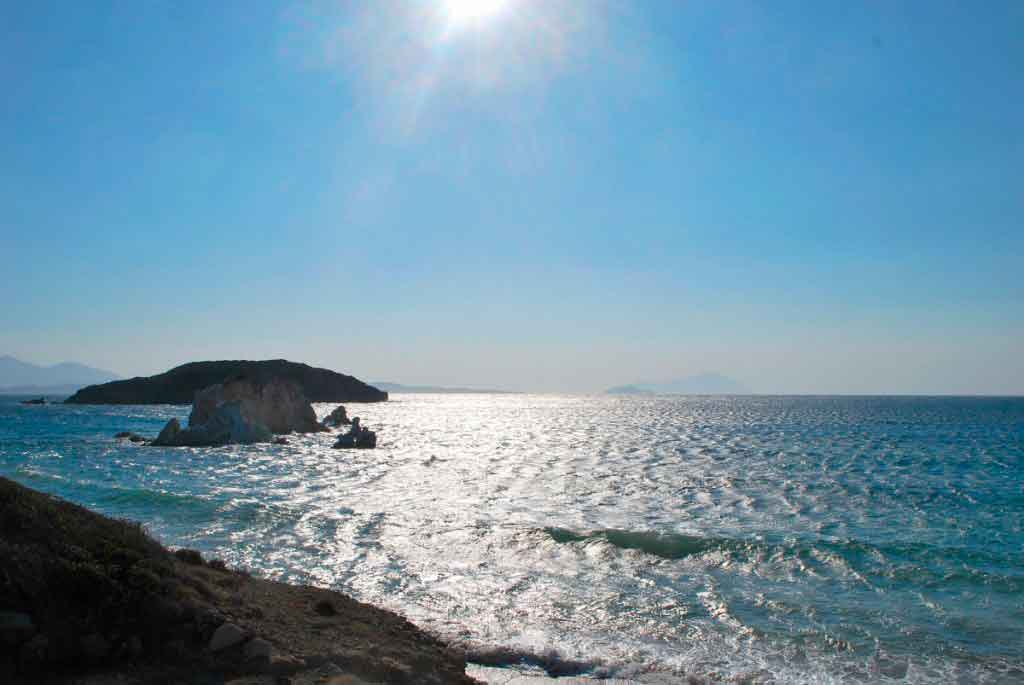 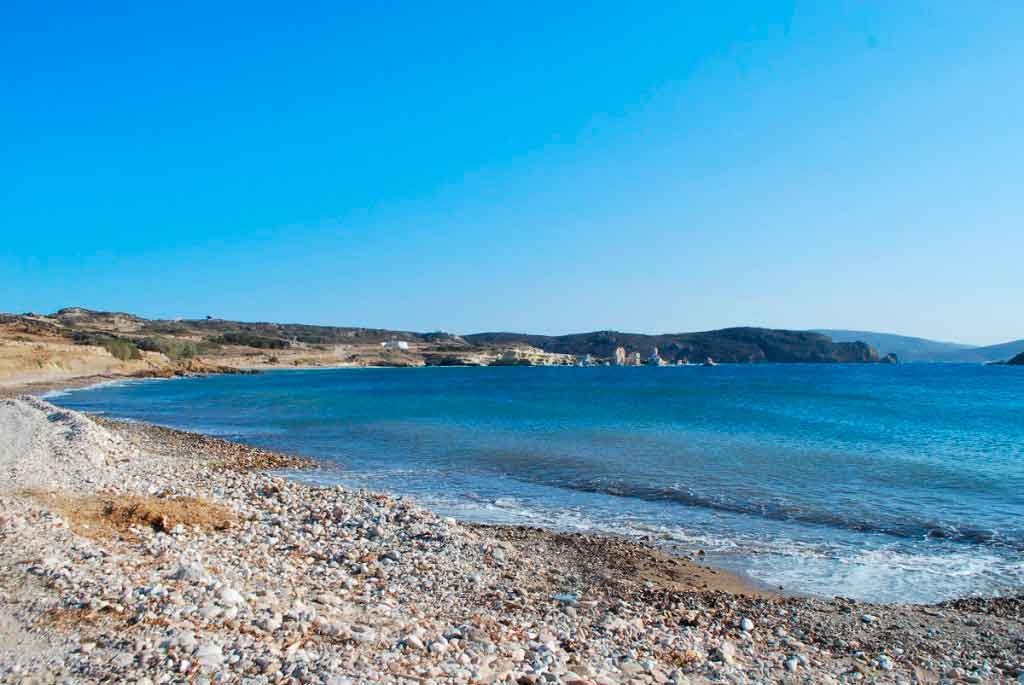 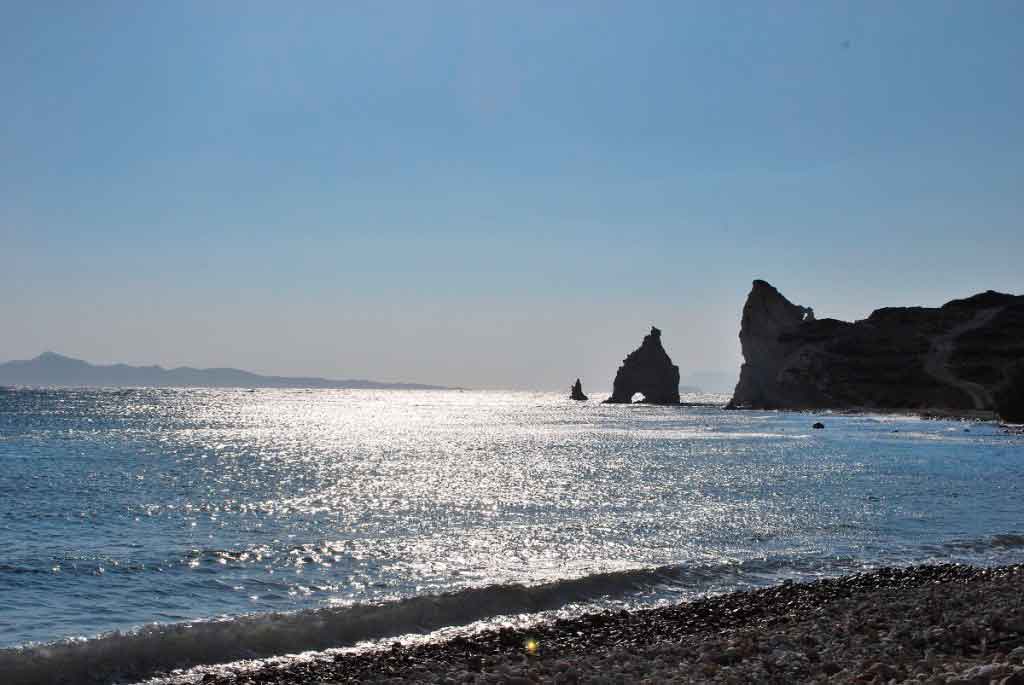 The Other Best Beaches of Kimolos Island

I didn’t get to see the other best beaches of Kimolos island which were only reachable by boat. Since the winds were so rough, no boats were going out.   If I could’ve headed out at sea, I would’ve gone to Polyaigos which was a small uninhabited island off the coast. I was told by locals that Polyaigos has incredible dreamlike beaches.

Kimolos is a fantastic island to explore, unspoiled by mass tourism.

Did you ever get a chance to check out the best beaches of Kimolos island?