Go hiking in Meteora and you’ll experience a unique convergence of nature and spirituality unlike anyplace else in Greece.

During my travels around Greece over the years, I must say that Meteora has proved to be unique.  I’d rate the travel experience as wonderful as discovering the island of Santorini.  Why?  The landscape is absolutely surreal.  A traveler that loves the unusual, beautiful and breathtaking places of the world will appreciate Meteora. 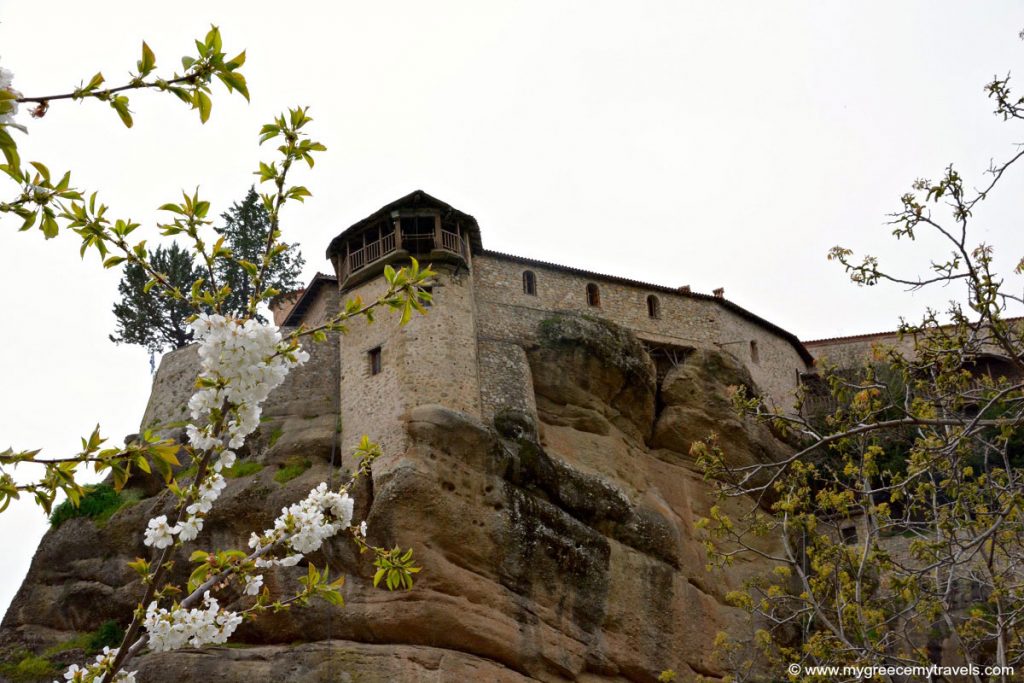 Recently, I blogged about the experience I had on the Sunset Meteora Tour with Meteora Thrones. Our Travel Bloggers Greece group explored the monasteries built atop of unusually formed limestone cliffs in the middle of central Greece.  Onward from the 11th century, monks built about two dozen of them in an effort to be closer to God.  A beautiful thought, isn’t it?   Today, you can visit six of them that are fully functional. 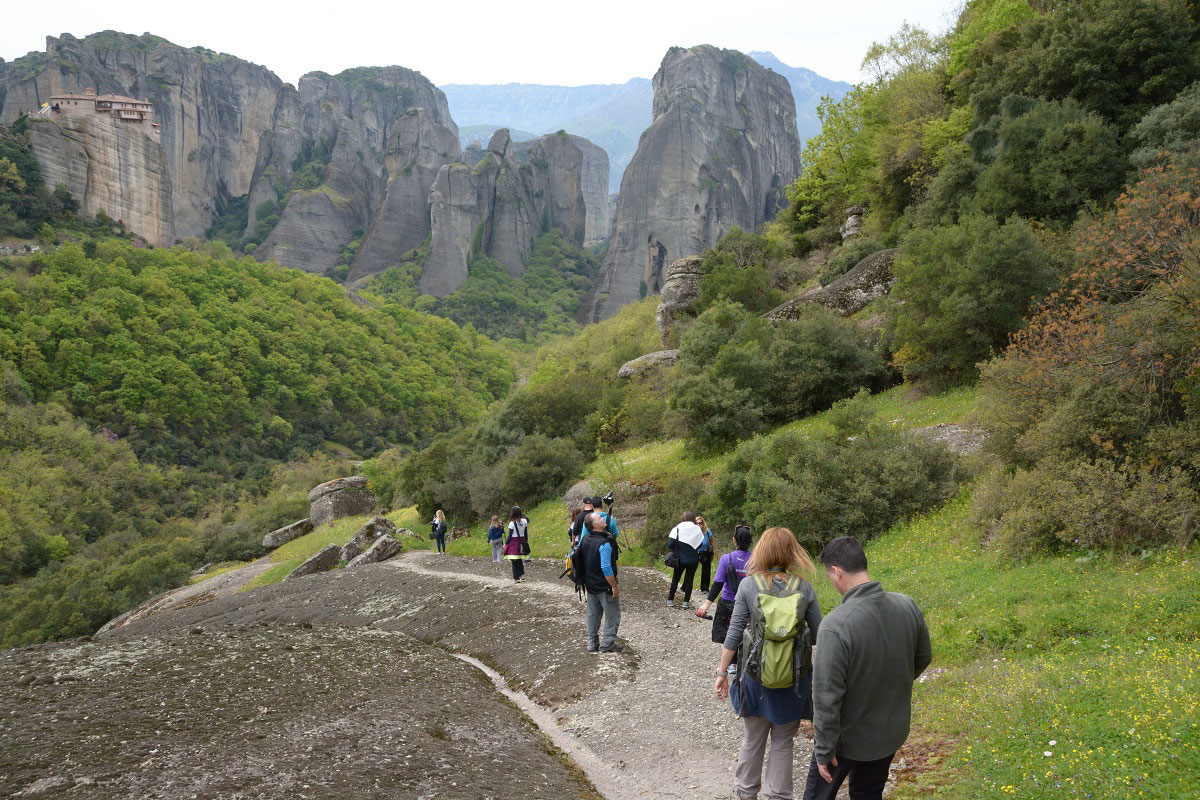 A highlight of that weekend was hiking in Meteora.  It was certainly an experience to trek the paths between the holy sites. The paths have been followed by locals for centuries – before road access, GPS and modern times.  The trails were tucked in the core of region’s fantastic nature. 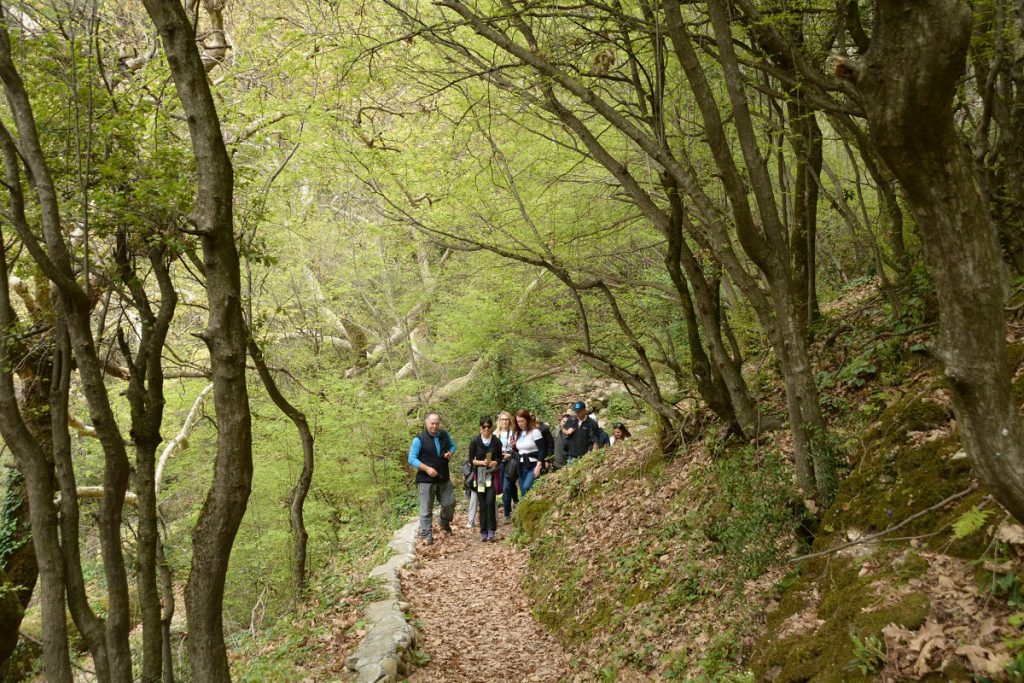 Local guides from Meteora Thrones lead the way.  We started off by following a trail from the Holy Monastery of Great Meteoron.  The rocky path headed down a curvy stone slope.  It wasn’t tiring but a bit of care needed to be taken in order not to slip.  I stopped here and there just to breathe in the fresh air.  I admired the wild flowers and the lovely old trees that opened the way around us. 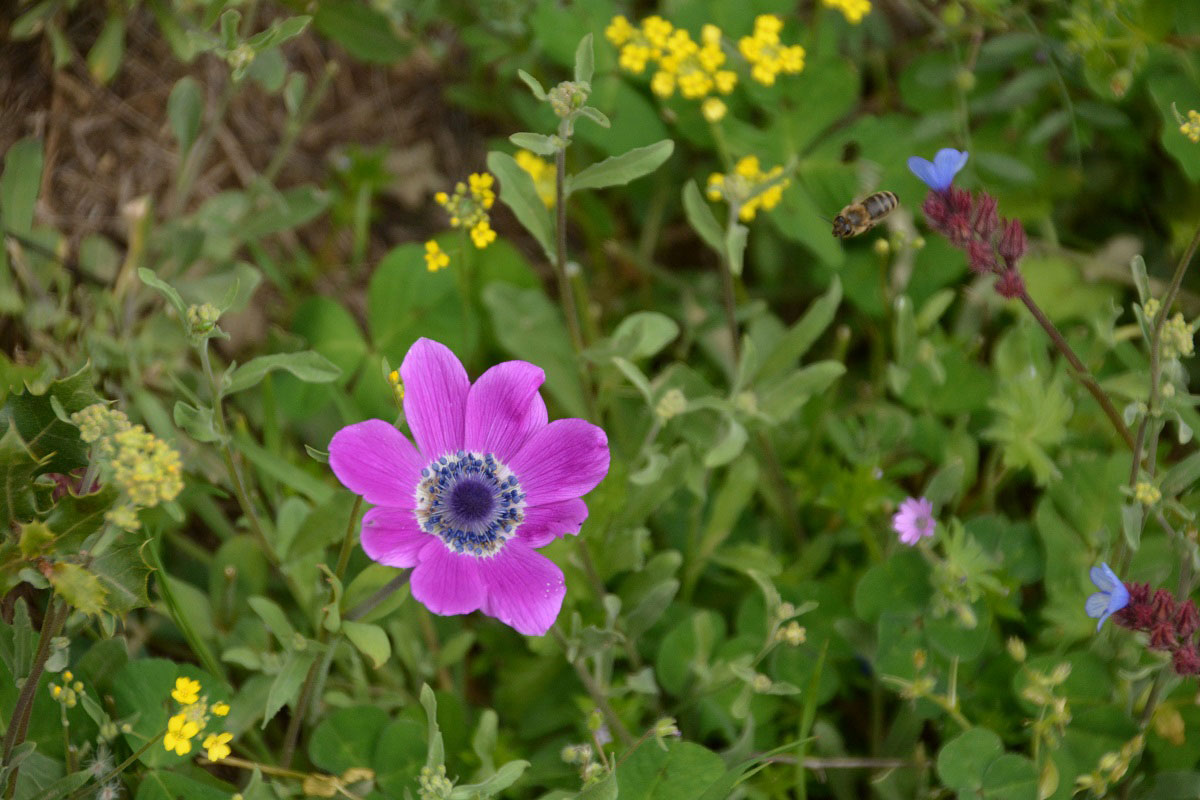 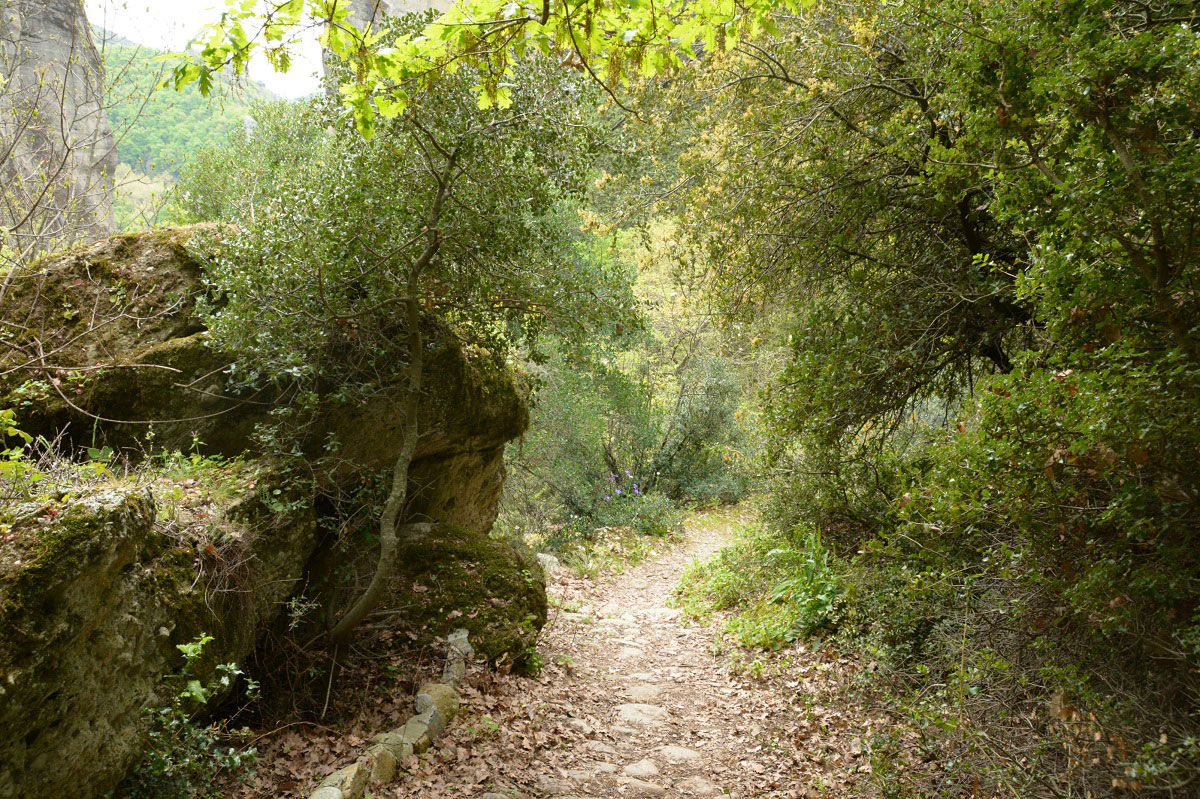 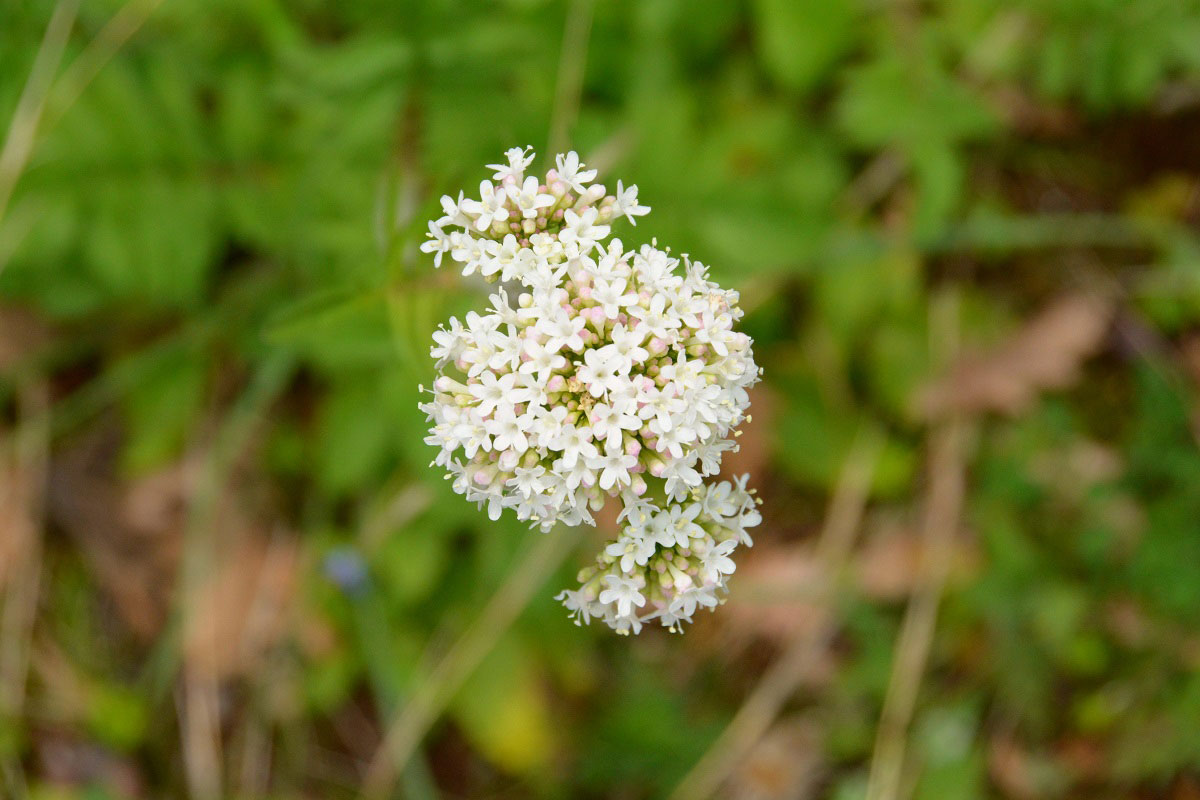 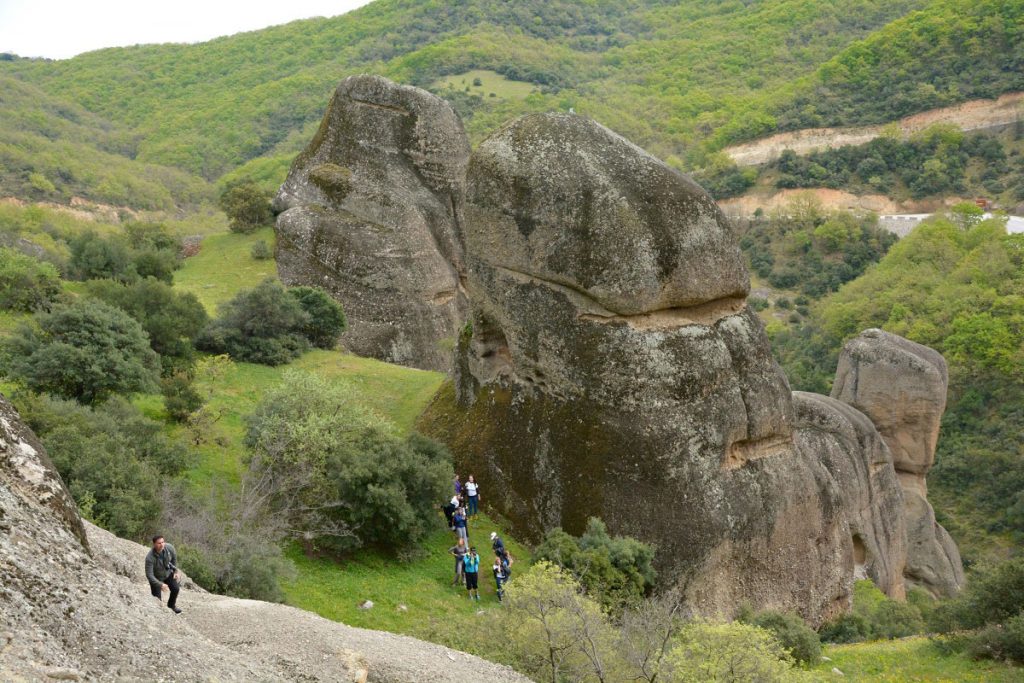 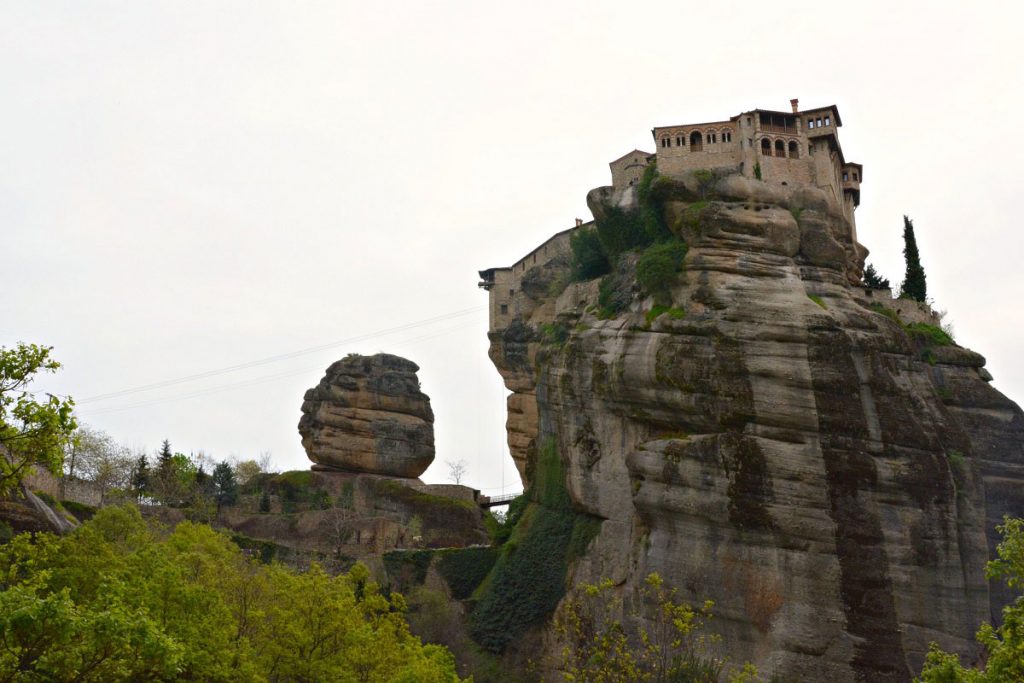 Admiring Meteora from Below

Hiking in Meteora gave me the opportunity to see the monasteries and landscape from a new perspective.   I was looking up and out from such lush valleys. The limestone peaks of the lanscape were framed by majestic tree branches. 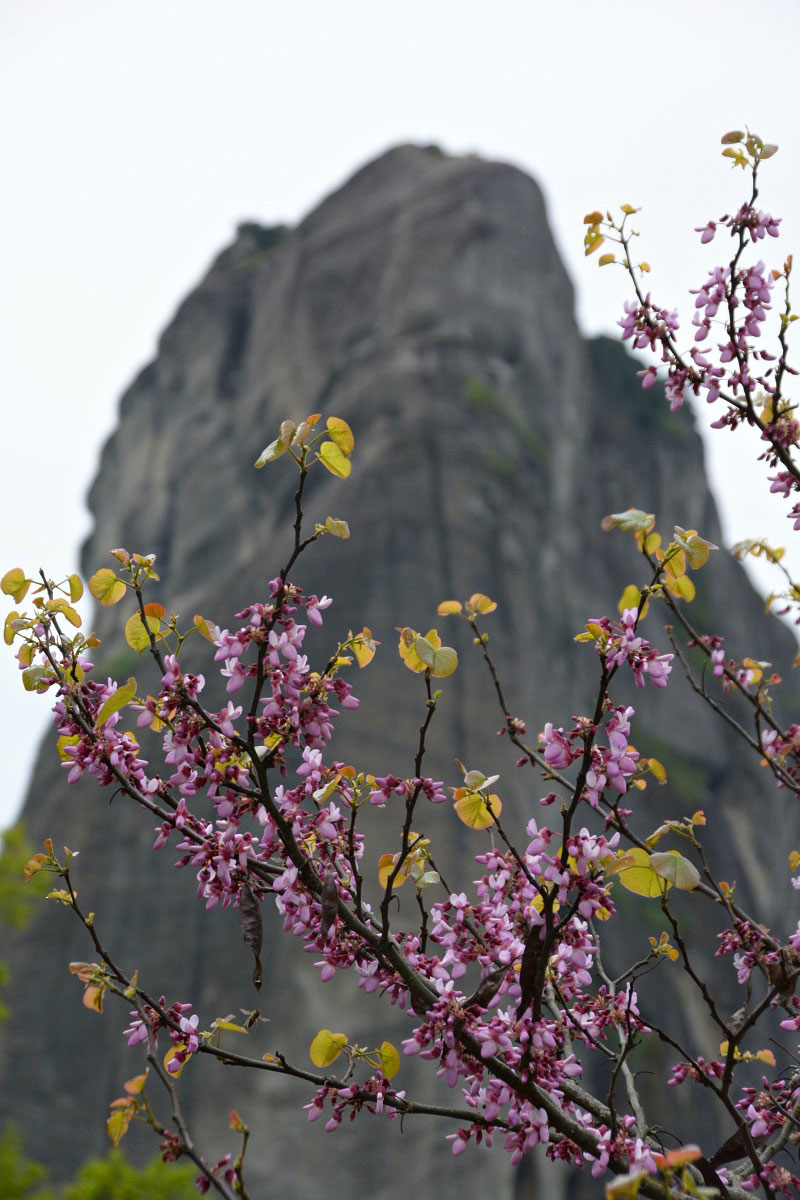 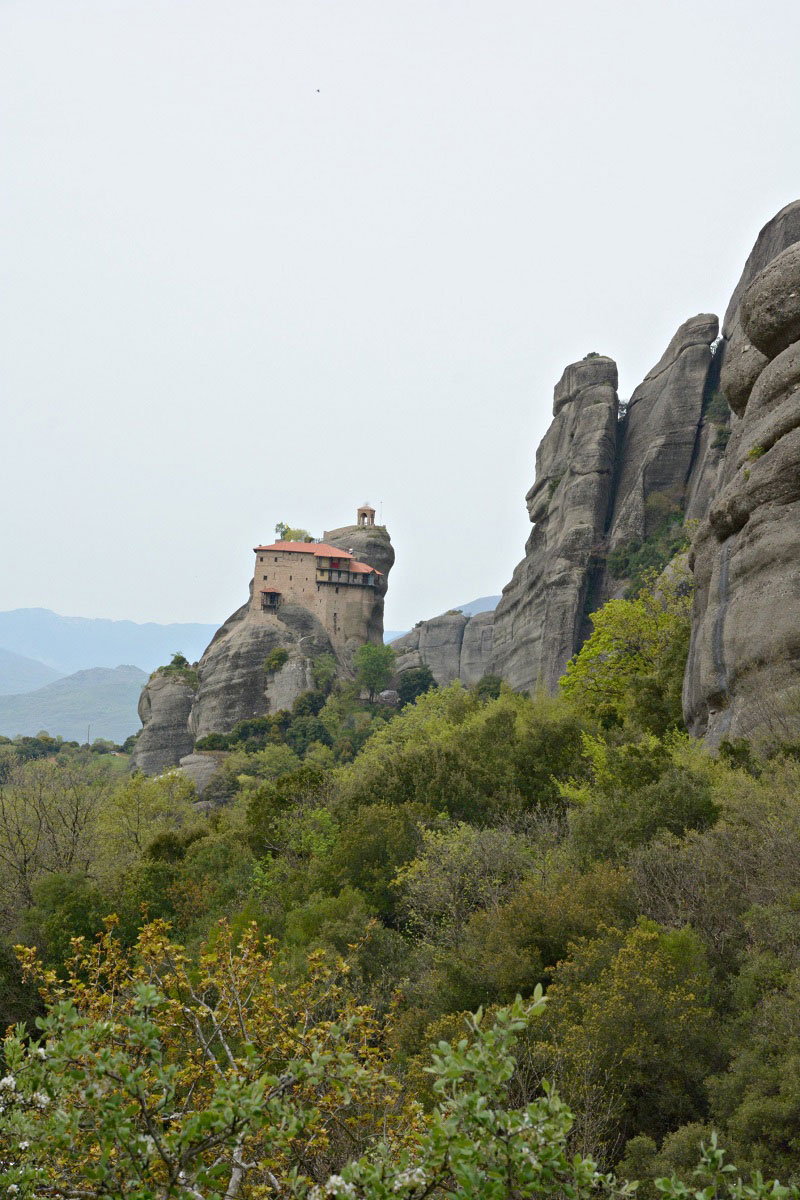 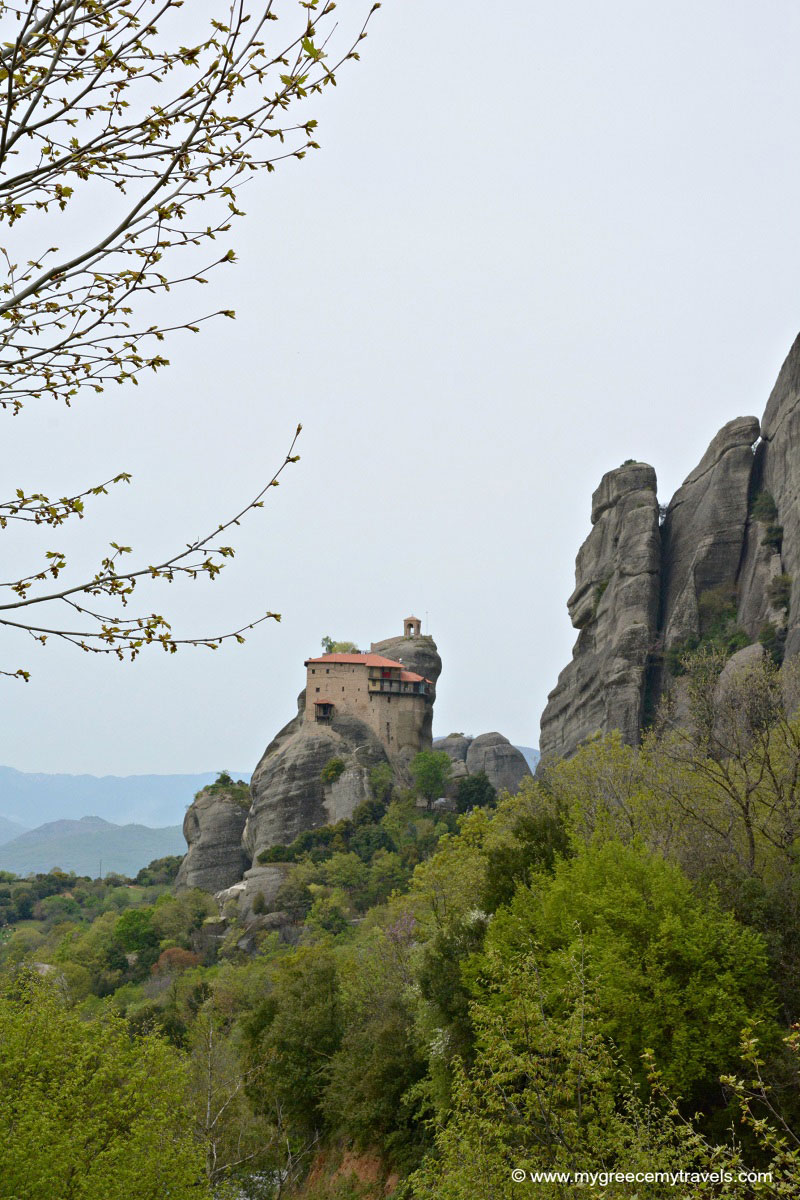 Christos, our Meteora Thrones guide, told us about his experiences hiking these trails over and over again.

We continued on, happily marching forward. Near the Holy Monastery of Varlaam we found ourselves surrounded by giant rock boulders and this beautiful refreshing spring.

Our two-hour hiking in Meteora tour ended at the Holy Monastery of St. Nicholas Anapausas. 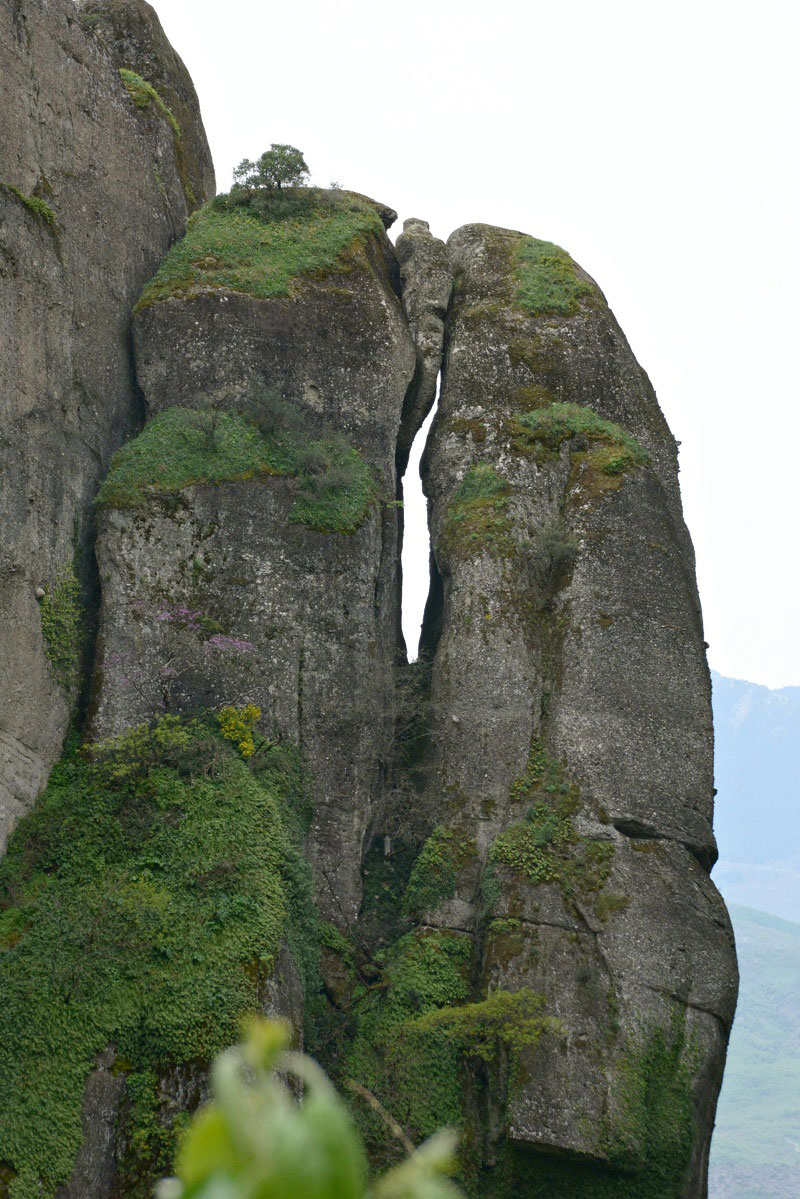 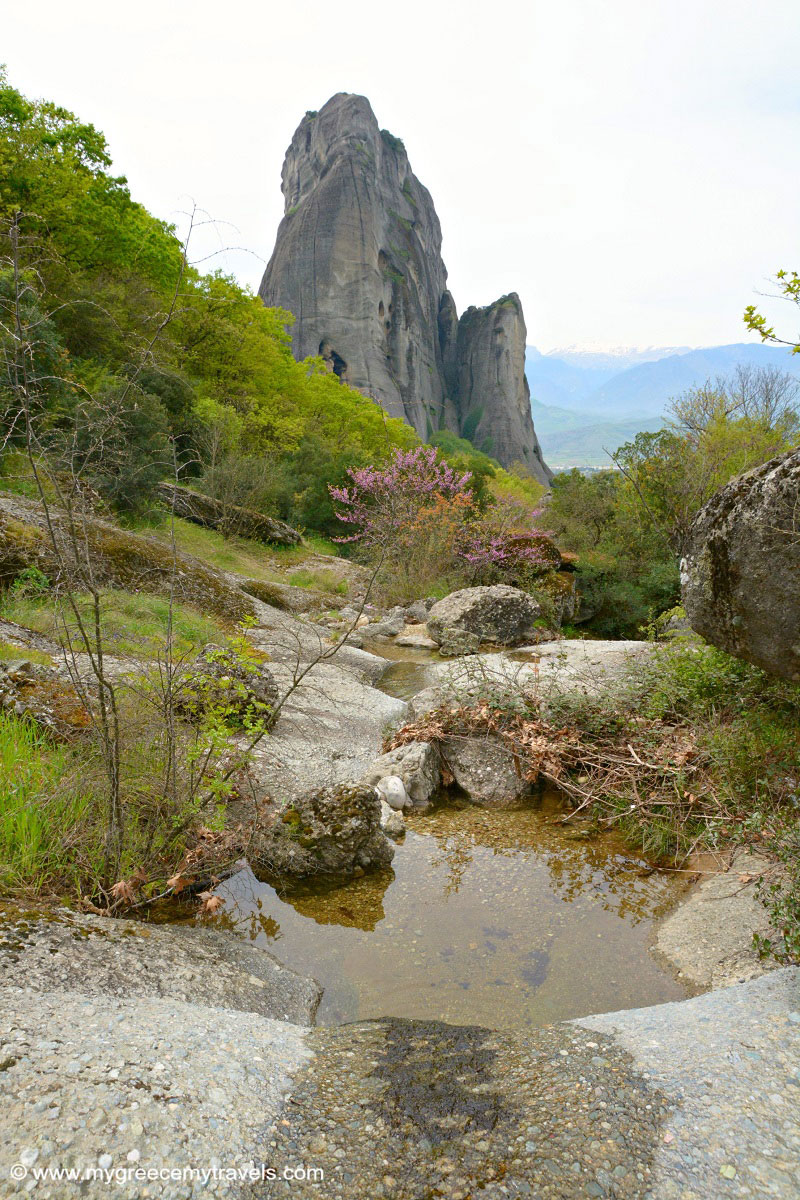 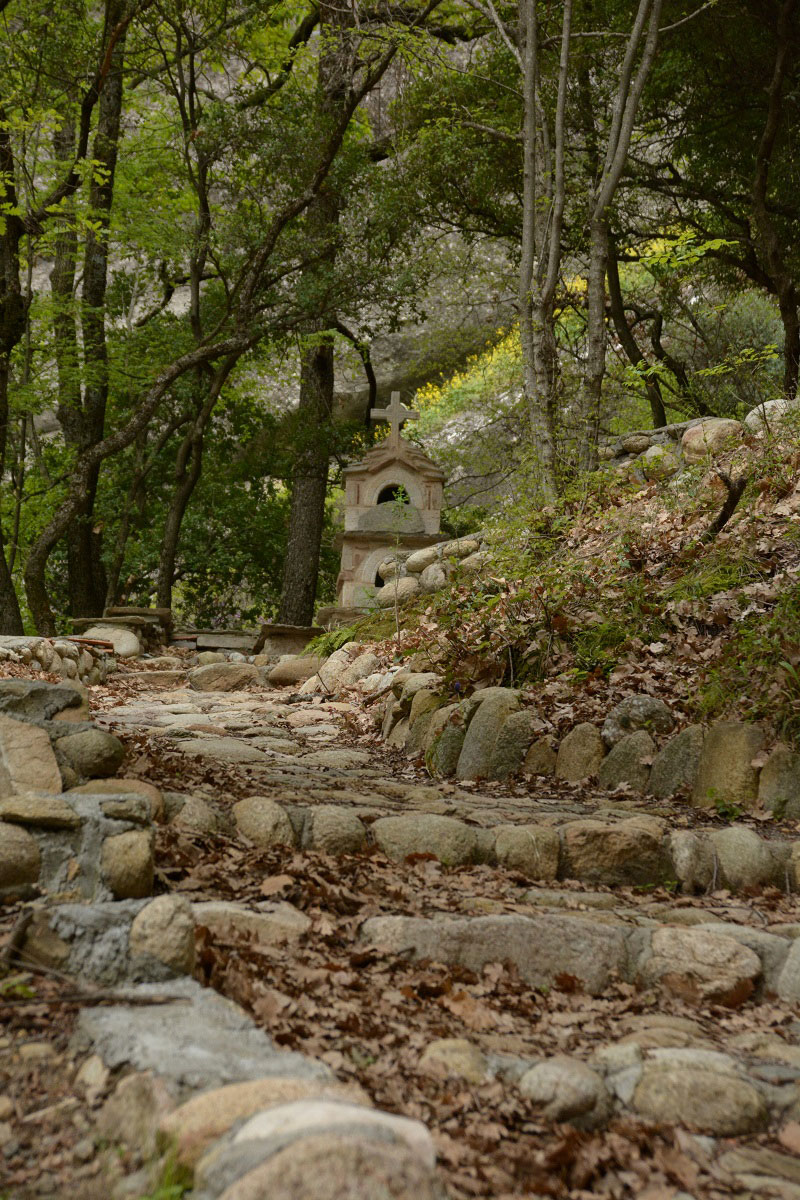 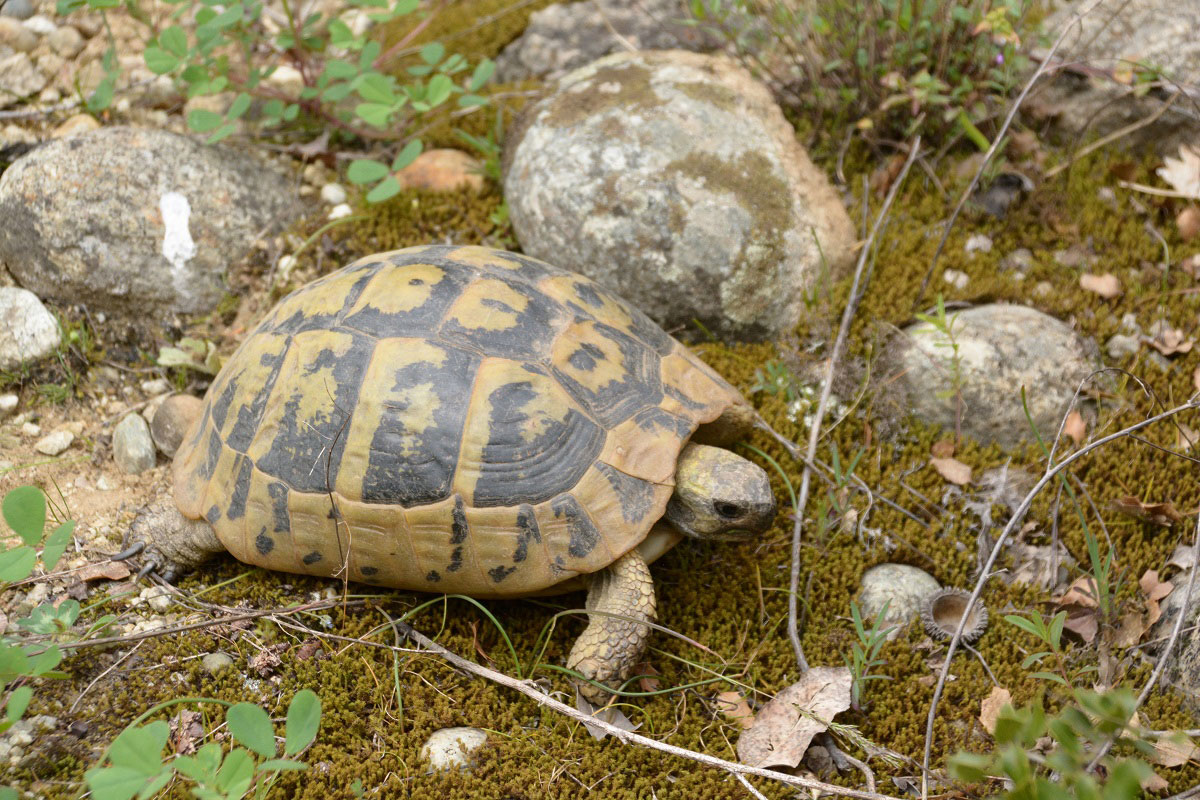 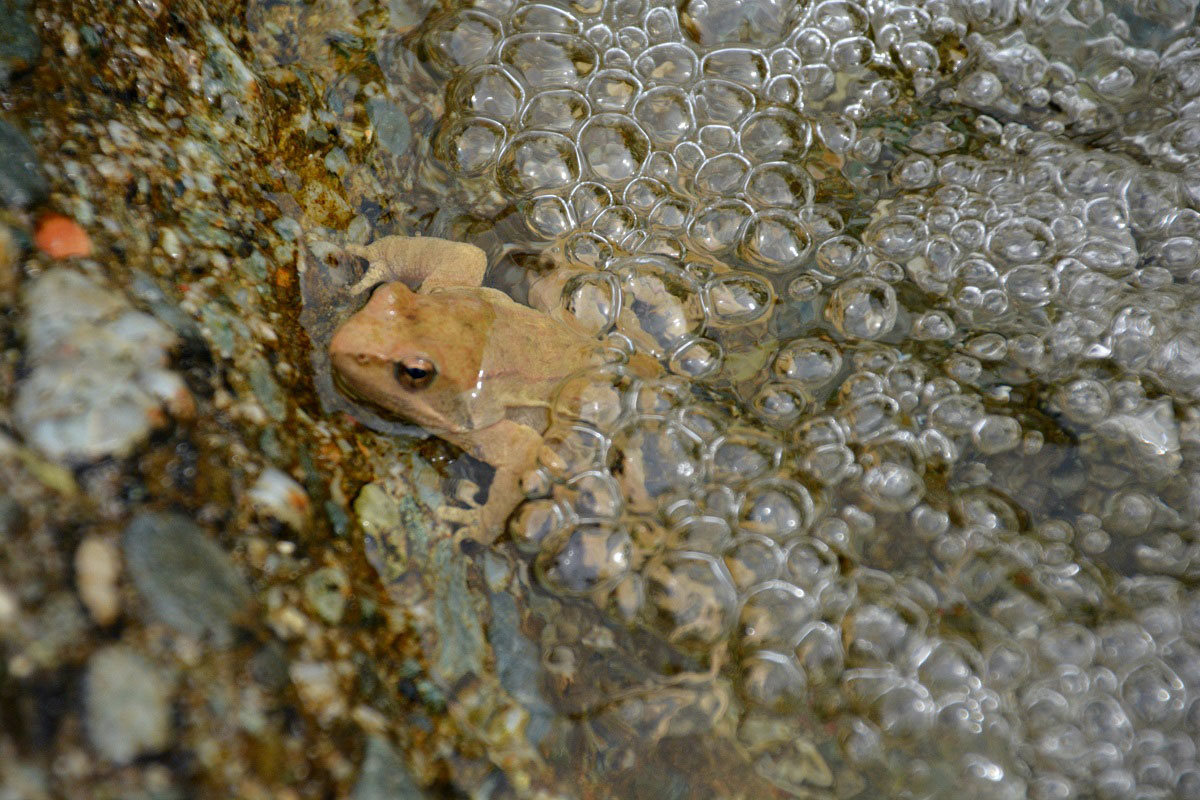 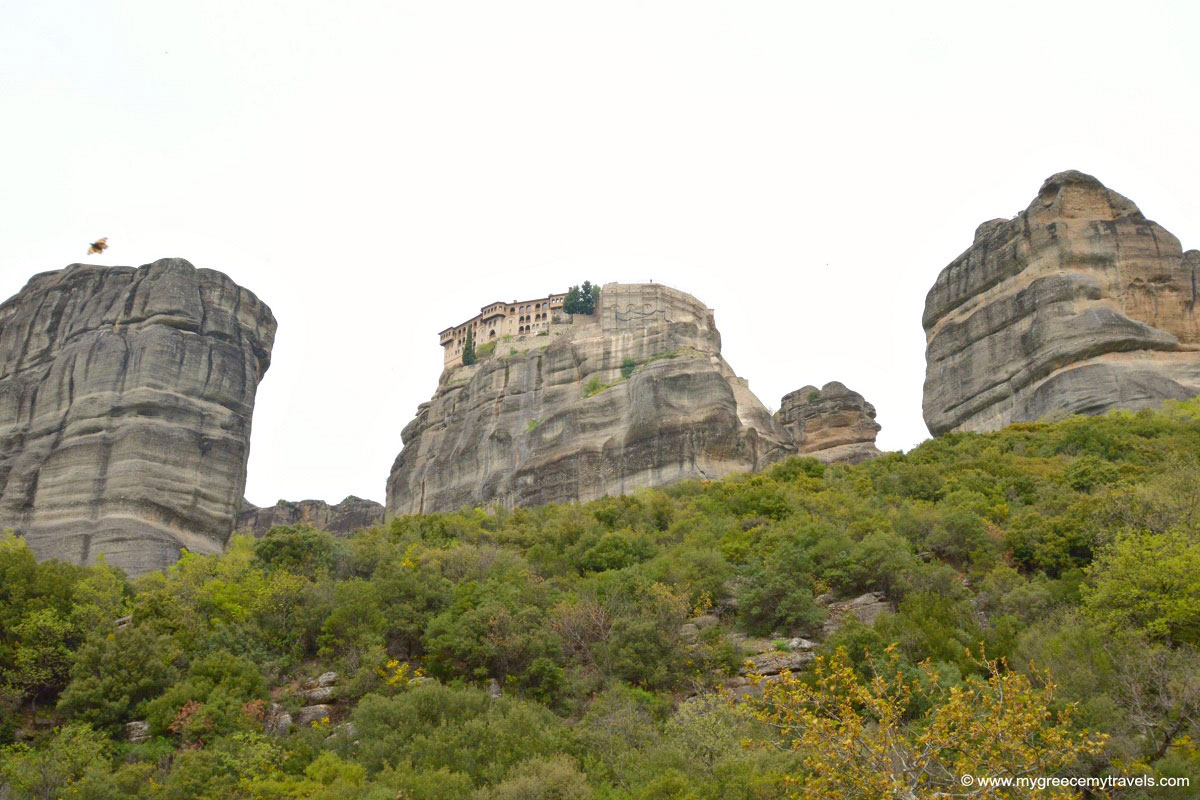 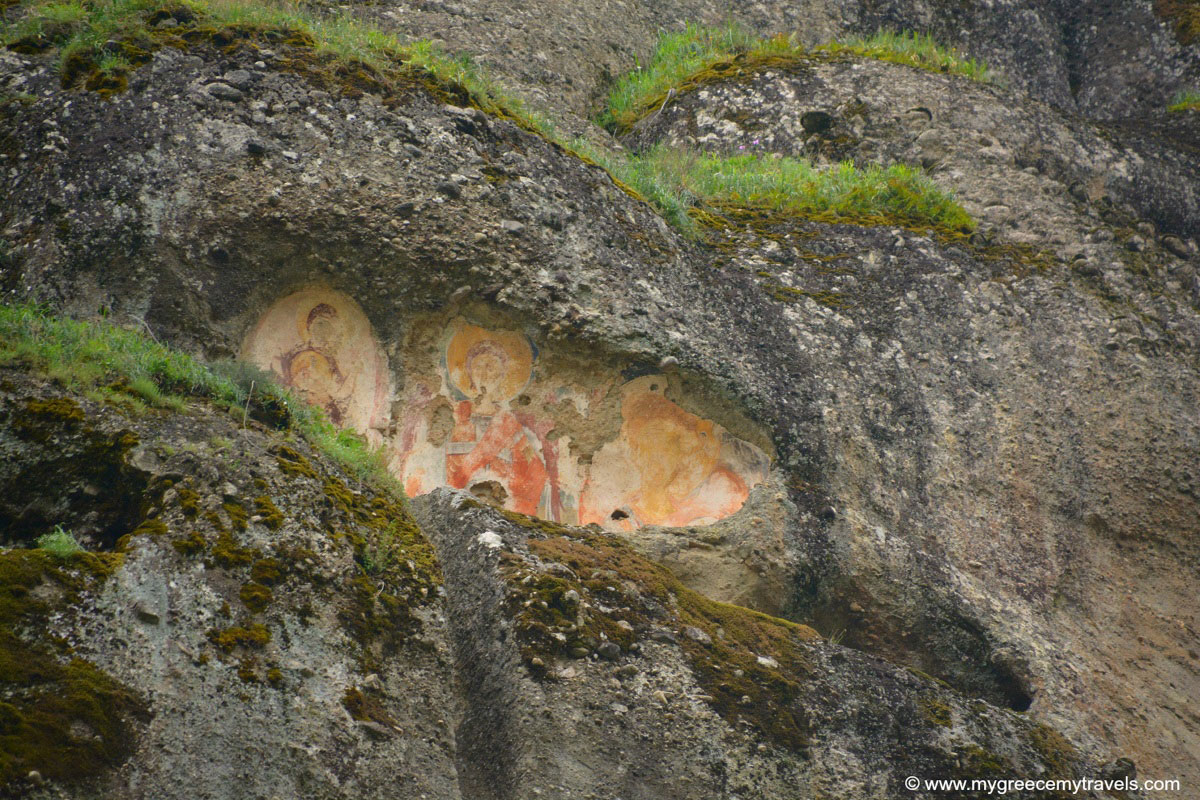 Have you ever been hiking in Meteora or any place else in Greece? I’d love to hear about it. Feel free to comment below.