On a small headland that reaches out into the Adriatic Sea, south of where Bari’s port docks ferries and cruise ships that sail between Mediterranean destinations, sits the Barivecchia.

The name translates to Old Bari. Before visiting, I read the historic labyrinth of streets was often referred to as a place where one would be guaranteed a glimpse of old world Italy.  That sounded great.  I had also read it was once regarded as the “Bronx of southern Italy.”  Interesting comparison for this New Yorker. Then, I found articles that claimed that whole bad image had been cleared up and tossed out. However, some Italian friends had warned me to “play it safe” knowing I was going to visit Barivecchia alone, warning me that Barivecchia is still famous for petty crime. Should I have believed everything I read and heard? 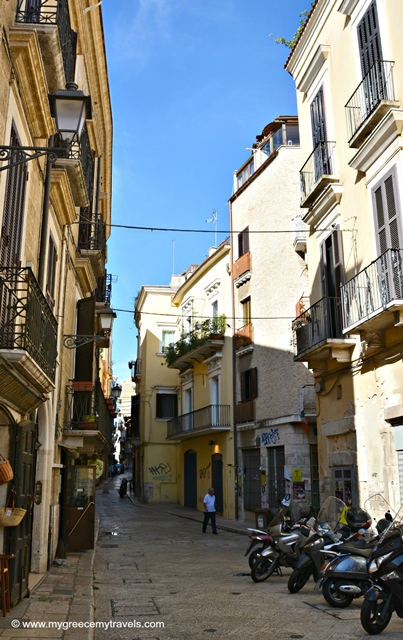 safe or not? exploring the barivecchia alone

Upon arriving in Bari, I decided that I’d have to see for myself.

On a beautiful southern Italian morning, I found myself standing at its open and peaceful square called Piazza Ferrase. 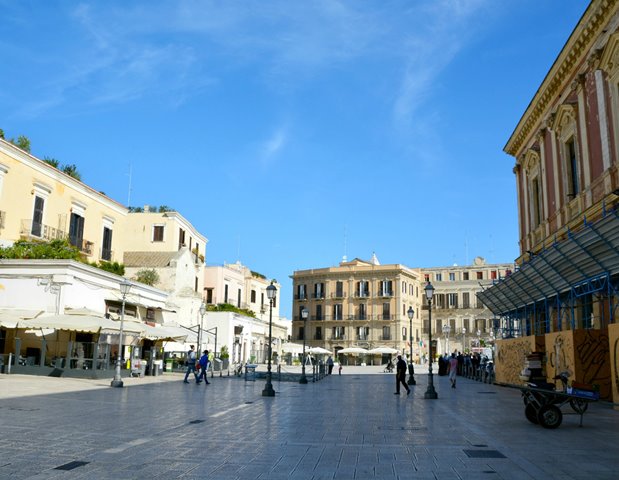 I turned a corner and was immediately enchanted.  The little old town path before me was lined with charming European style apartments that looked like they came out of a movie set complete with colorful shuttered windows and iron laced balconies. I moved on and let its labyrinth of uneven pathways allow me to get lost.  I didn’t feel unsafe — at all. Perhaps it was because I was exploring it by day?  With my Nikon slung around my neck I observed  Barivecchia residents going about their morning.  Some hung laundry, Italian women made pasta outside of their doors and neighbors conversed above me from balcony to balcony. 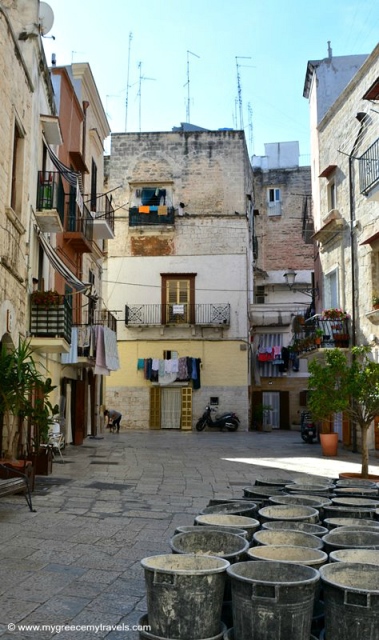 Little Vespas scooted past me bumping up and down over the stone and cobbled pedestrian lanes.  Small children toddled about as they clutched their grandparents’ hands making their way to one of the dozens of churches that dotted the district. 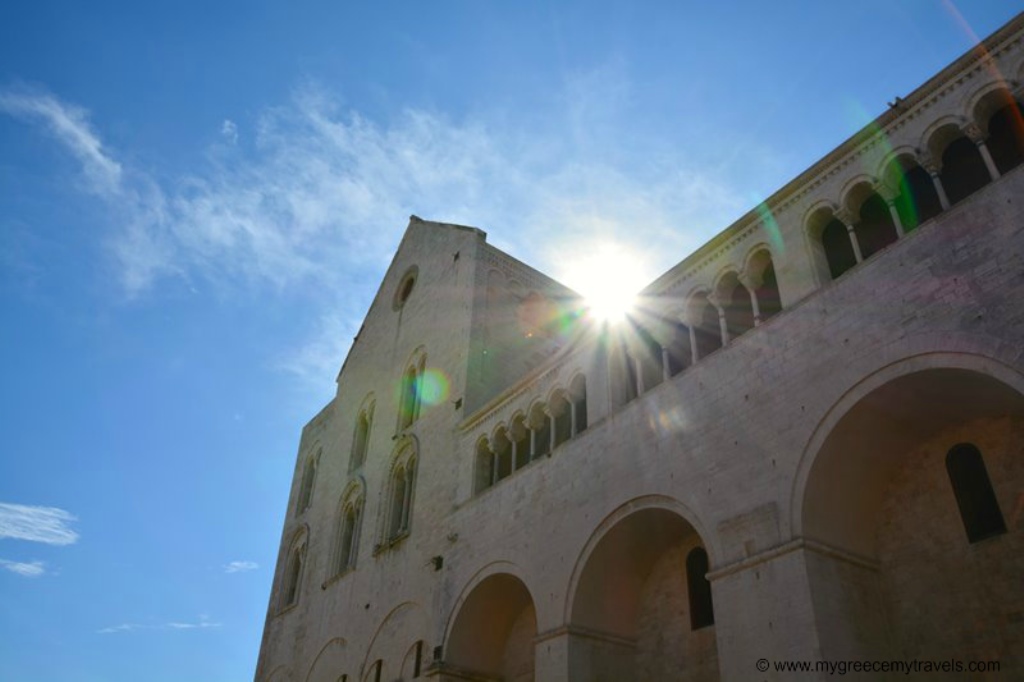 Some of the landmarks you’ll find in the Barivecchia include the fisherman’s market, the seaside promenade and St. Nicholas Cathedral. During my morning stroll I also saw Italian women making little pasta the area is known for called orichiette or little ears. 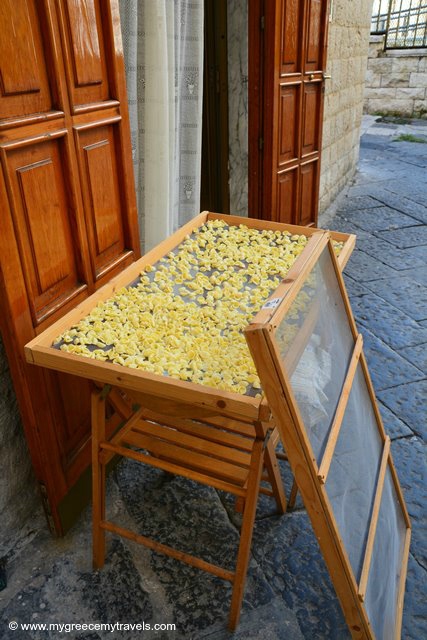 Perhaps Barivecchia has its crime or its own way of doing things.  Those were statements I continued to hear from Italian friends after my day in the Barivecchia had passed.  I found Bari’s Old Town to be a very charming place and just lovely to walk through. I had the feeling that it was a tight knit community. How could it not be with its homes closely built together?  Yet it keeps its history and significance, as its buildings remain packed tight within the district’s warren of car free streets. 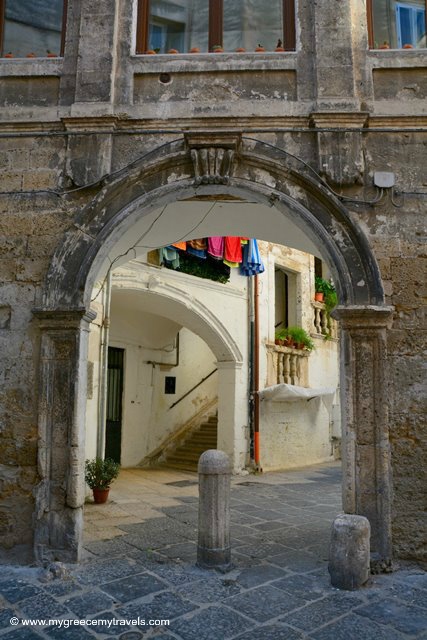 Even if you did get “lost” you’d find your way out of the remaining medieval walls that surround it with no problem. It owns a maze-like feeling that I felt was far from scary. On the contrary I found it authentic and charming. I was walking the same lanes centuries and centuries of Barivecchia residents had.  That’s old world. 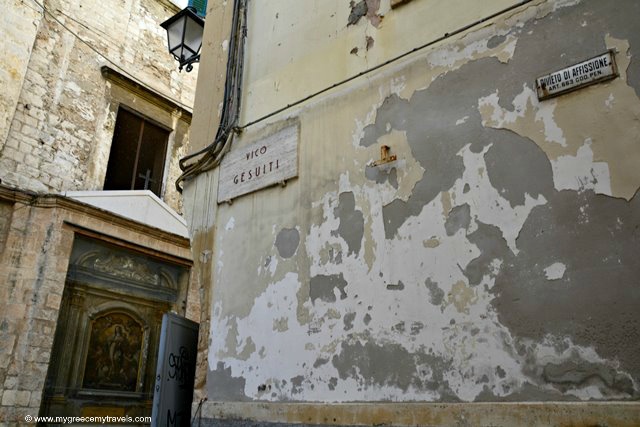 Here are some highlights:

The Seaside Promenade known as the Lungomare Imperatore Augusto is the pedestrian way surrounding the perimeter of Bari Vecchia. It is where you can take a scenic walk with endless views of the sea. 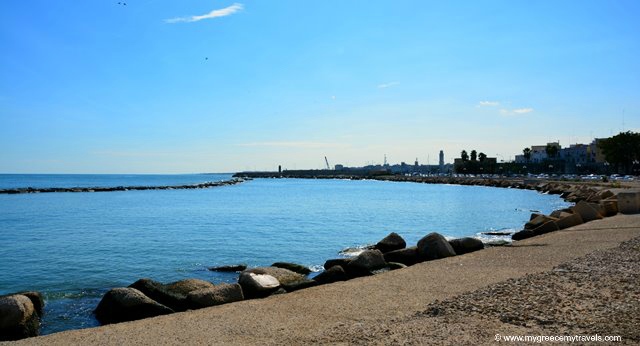 It means merchant’s square and it is where you’ll find an impressive clock towered town hall built for Bari’s Council of Nobles called the Sedile.  It dates back to the 15th century. 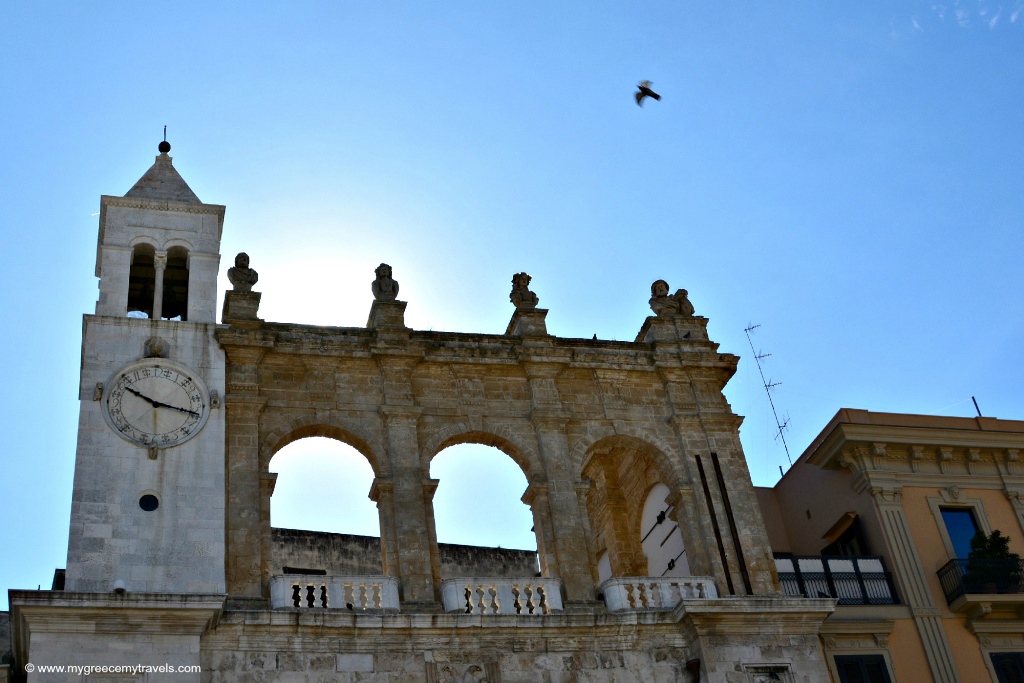 where nobles hung out

Located in the Piazza dell’Odegitria, the church is also called Cattedrale di San Sabino. It dates back to 1062 it’s quite known for its majestic rose window.

The north end of Bari Vecchia you’ll find the most popular site of the city, the Church of Saint Nicholas or the Basilicata di San Nicola. It dates back 1087 and its named after Bari’s patron saint who is also known as Santa Claus! 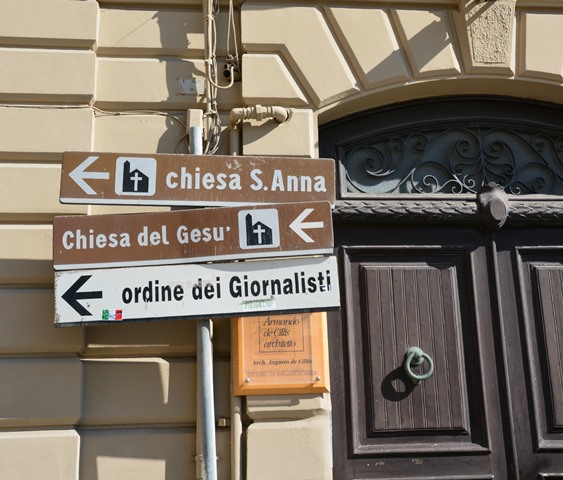 barivecchia italy is worth a trip

Have you explored the Barivecchia? Were you told it was unsafe?