The Portara of Naxos is a fantastic landmark, a colossal 2,500-year-old marble doorway that leads to nowhere.

In a word: magical. I’ve seen my share of Greek archaeological sites but the Portara was truly special. I have to say there was some kind of energy around it.  Naxians and Naxos lovers told me later on that I was on to something… The island has an incredible energy which the ancients discovered.  That energy is one reason the people who love Naxos really love it. A connection is made. 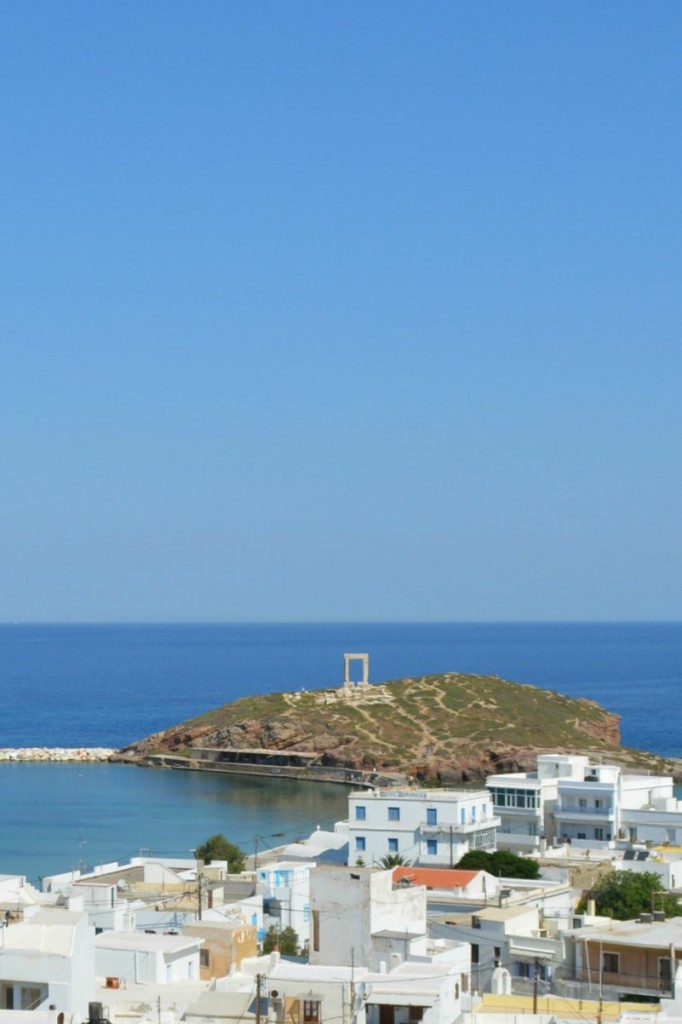 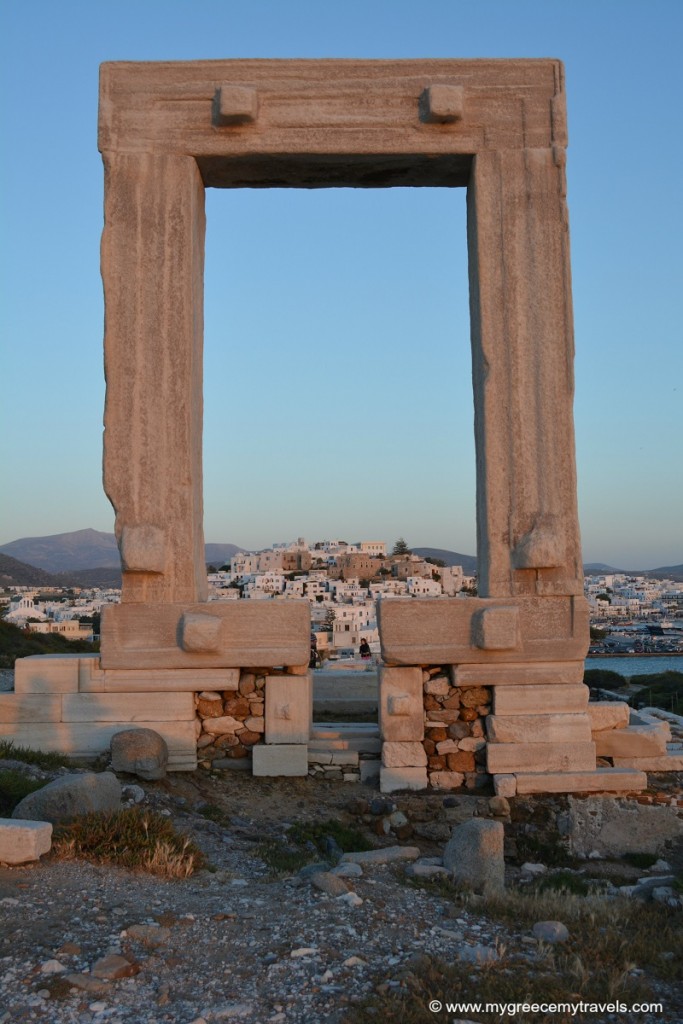 As the story goes, the Portara of Naxos was once the doorway to a temple to be dedicated to the Greek god named Apollo.  However, the temple was abandoned in the fifth century B.C. when a Naxian leader behind its construction was overthrown.

The temple was later used as a church then under Ottoman rule it was torn apart for its marble.  The doorway remained only because it was so massive and 20 tons heavy.  Its huge size was exactly why no one could steal it. So, the picturesque Portara remains standing. 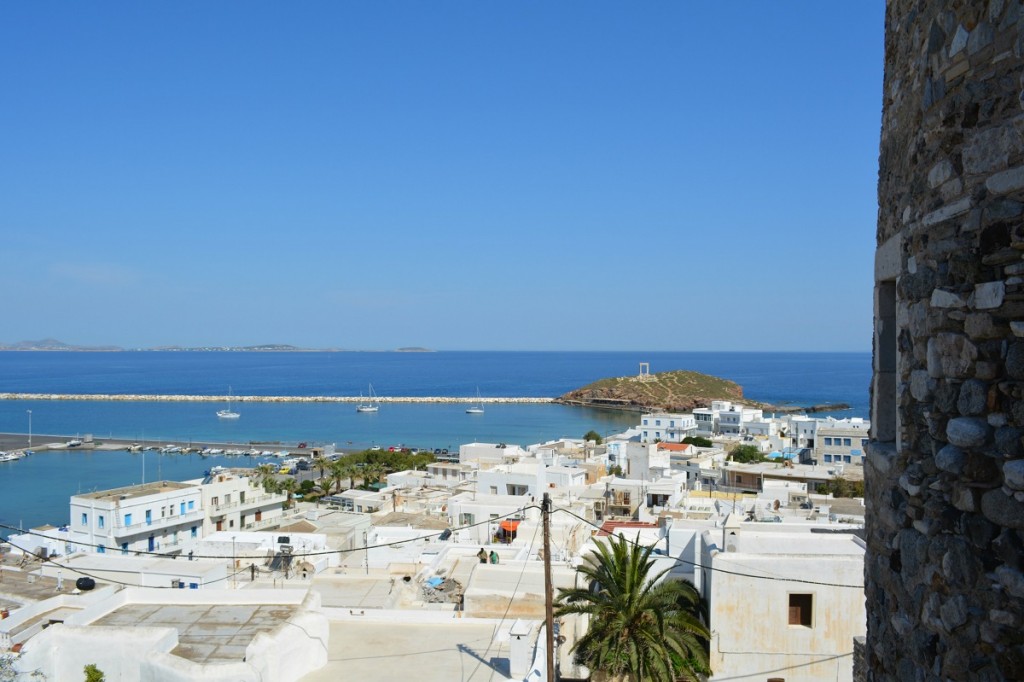 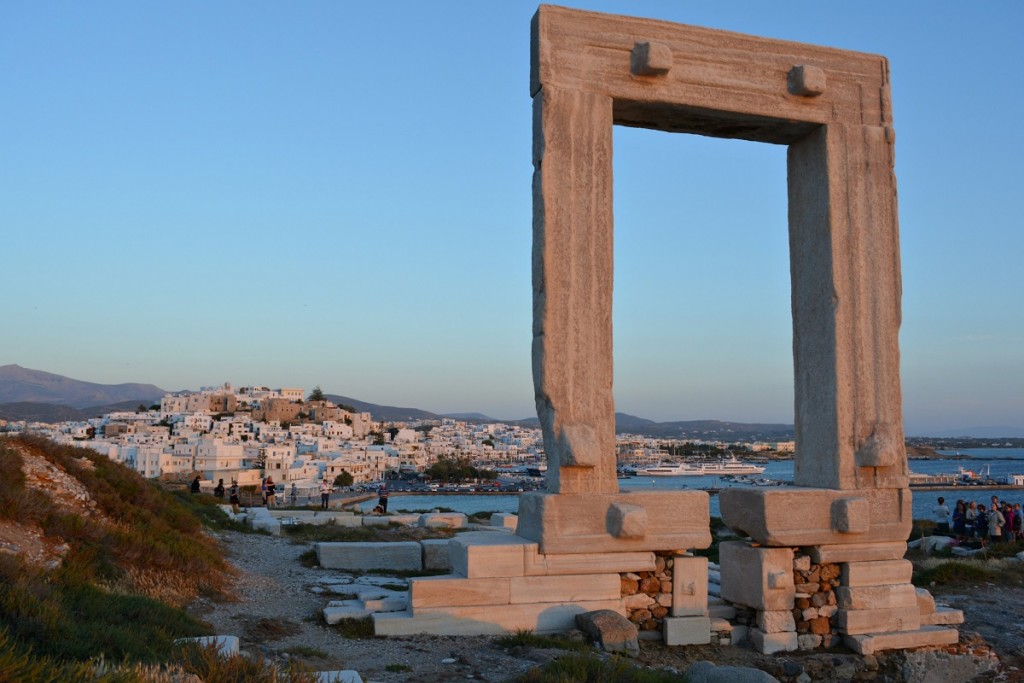 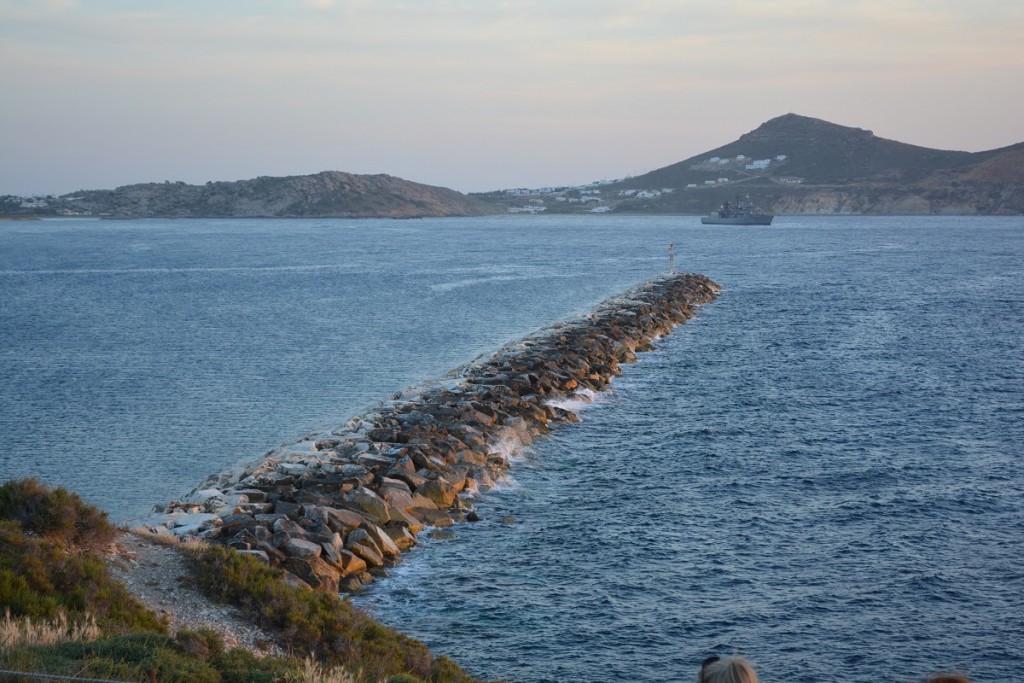 Views from the walk to the Portara. 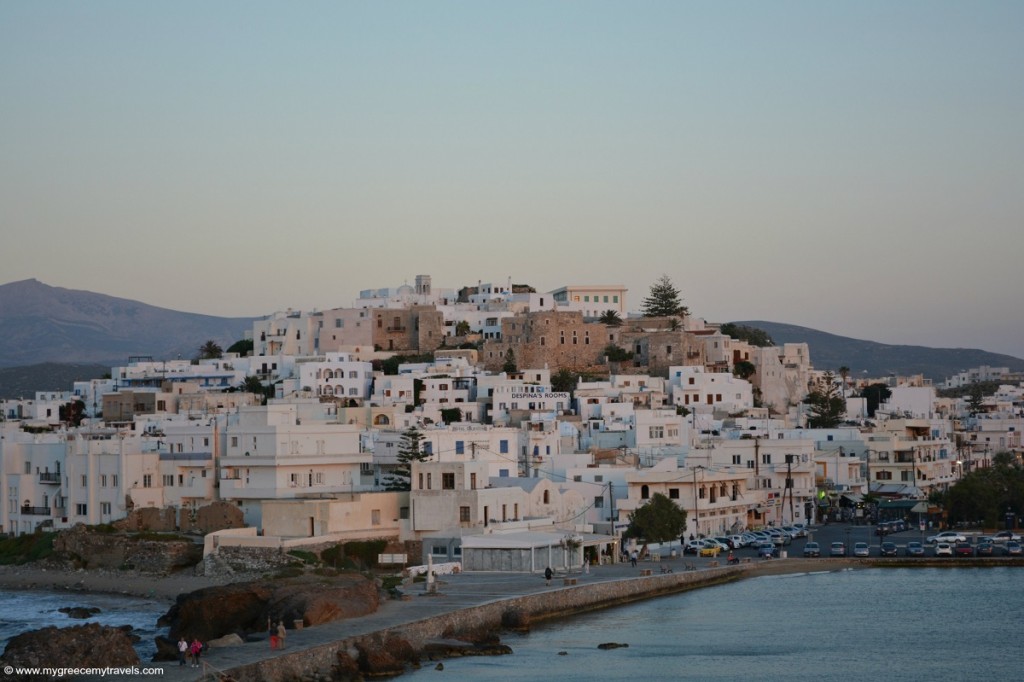 View of Naxos Town from the Portara of Naxos.

The Portara of Naxos at Sunset

The Portara is located on a small islet, a short walk from the harbor of Naxos Town.  You can’t miss it actually. It kind of sticks out in the sea!  You will see it on your ferry or boat ride over to Naxos.

It recommend taking a stroll to it before sunset to be there while the sun sets. It was a breathtaking sight.  More of that great energy was around… 😉 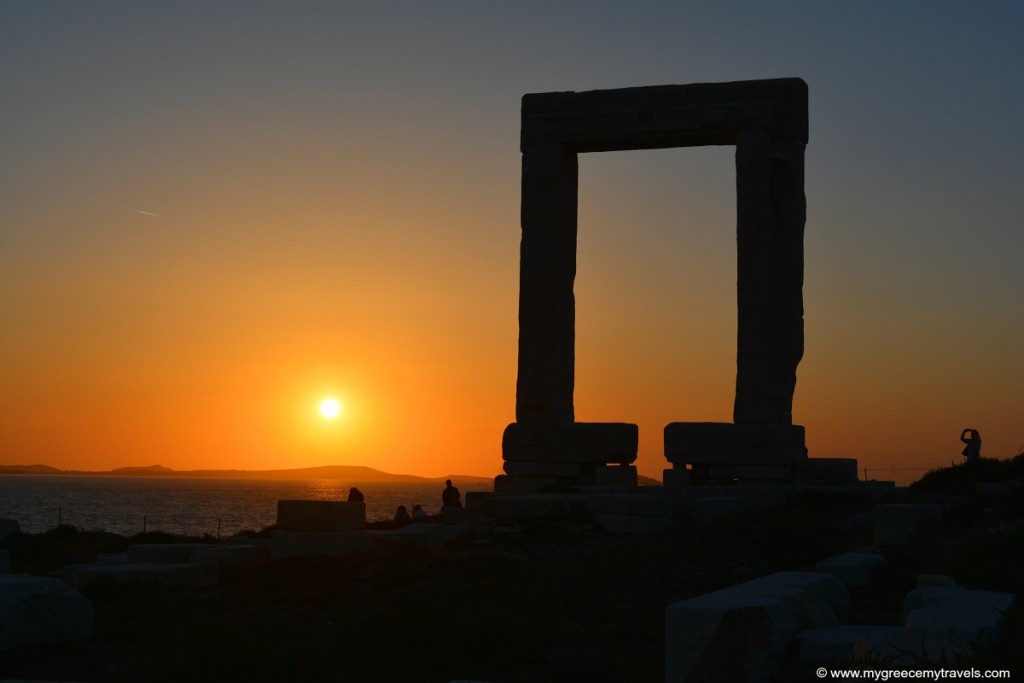 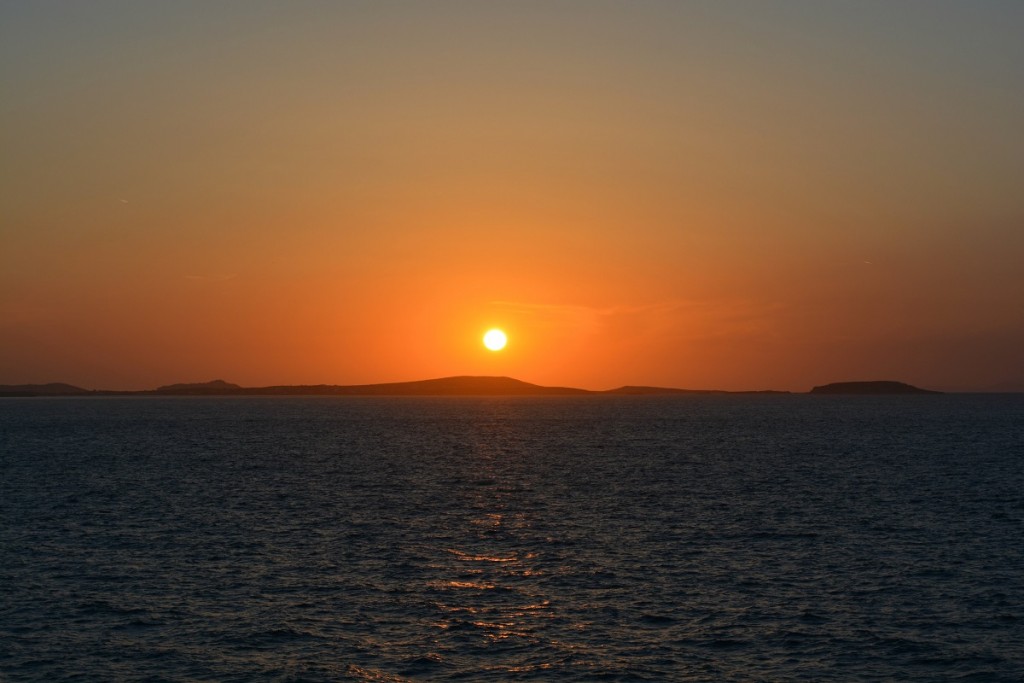 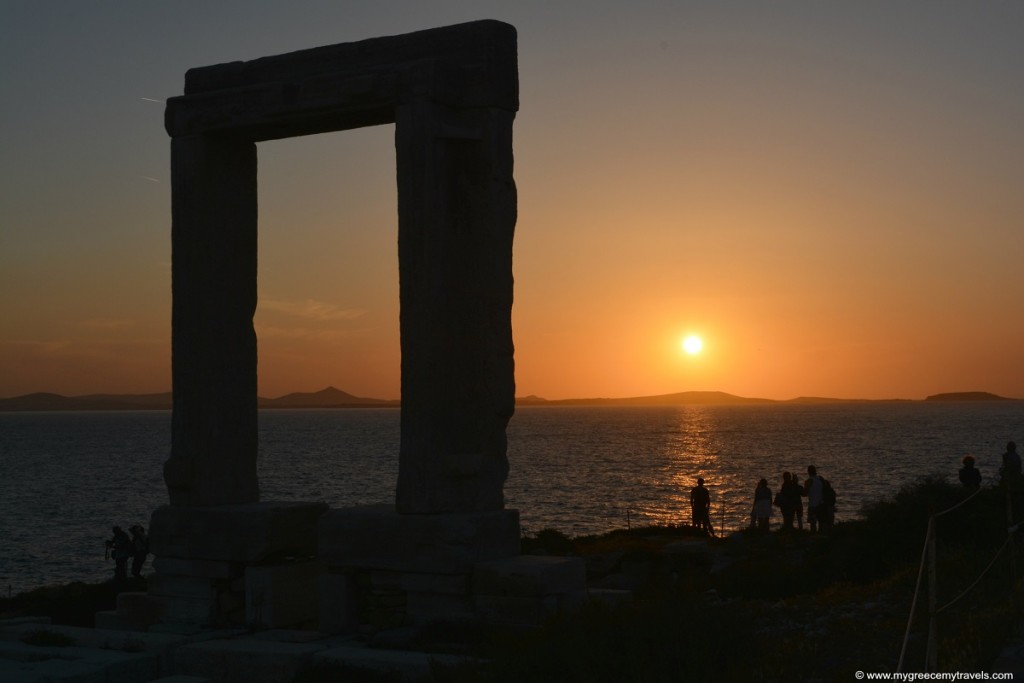 You can find an excellent seafood restaurant and cafe located “under” the ancient sight. You’ll understand when you’re there what I mean.  The local Kioulafis family runs Palatia Island. Enjoy views of the sea and whitewashed Naxos Town.

For more about where to stay, what to do and where to eat on Naxos island, check out my mini-guide about Naxos on this blog.

Have you ever been to the Portara of Naxos or felt a special kind of “energy” when you visited an ancient site?