The best beaches of Ithaca offer a beautiful calm feeling that you can only get on the smaller Greek islands.

When I visit Ithaca, I feel the smallness of the island and I just love that.

Located northeast of the much larger Kefalonia island in the Ionian islands, Ithaca is 117 km² (45 square miles).  Three thousand Ithacans call it home. 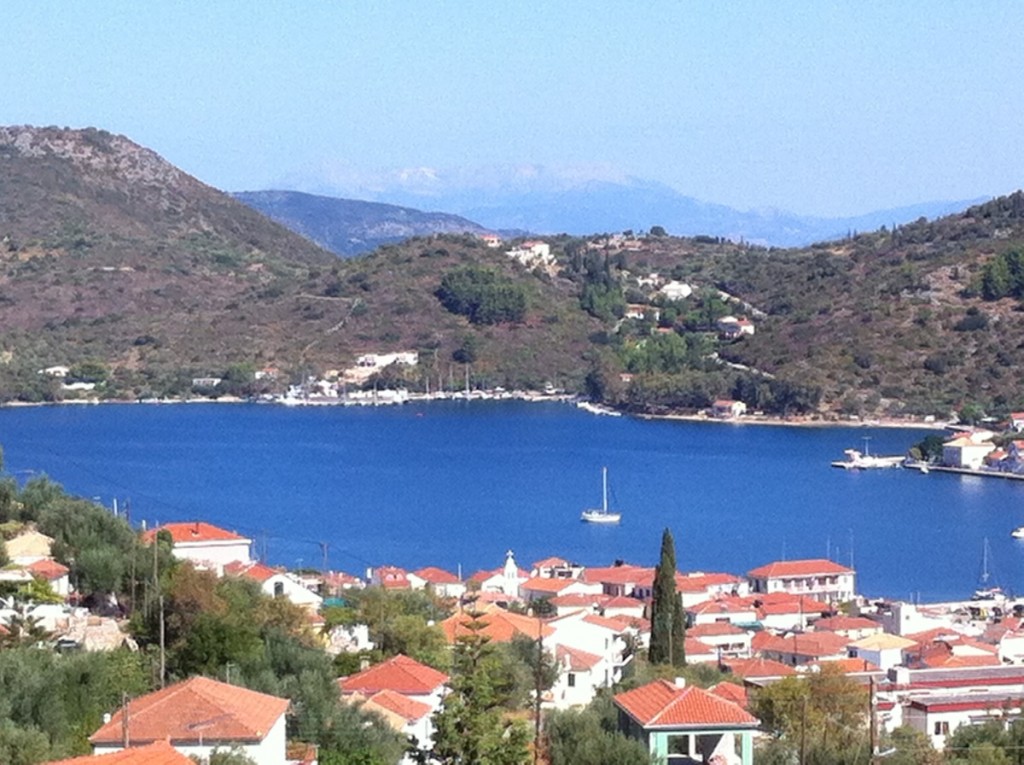 A statue of Odysseus stands in the main square. Today’s Ithaca is associated with ancient Greece and Homer’s Ithaca. In the epic poem, Ithaca is the home of Odysseus who returns to his beloved home island after the 10-year Trojan War. 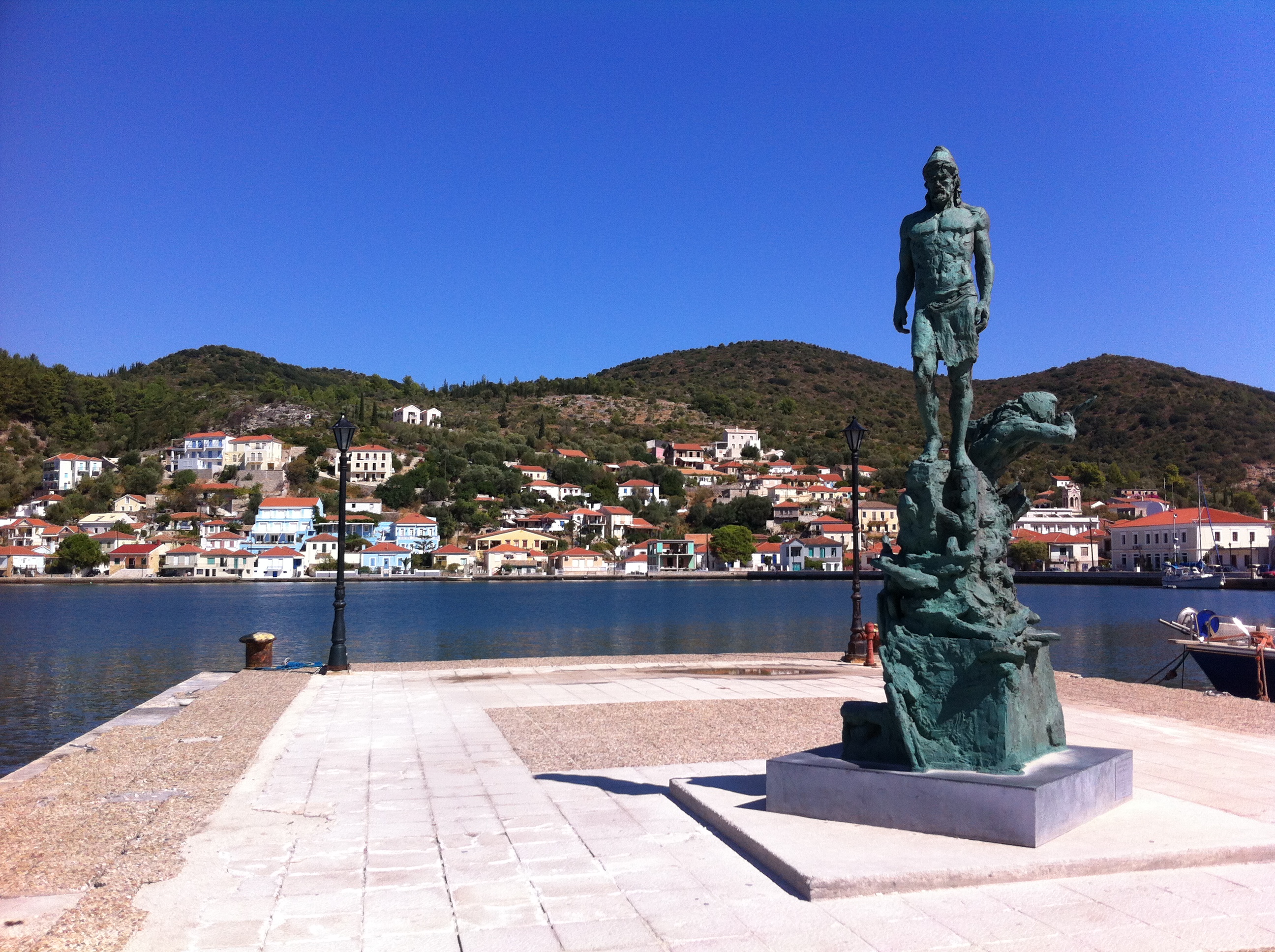 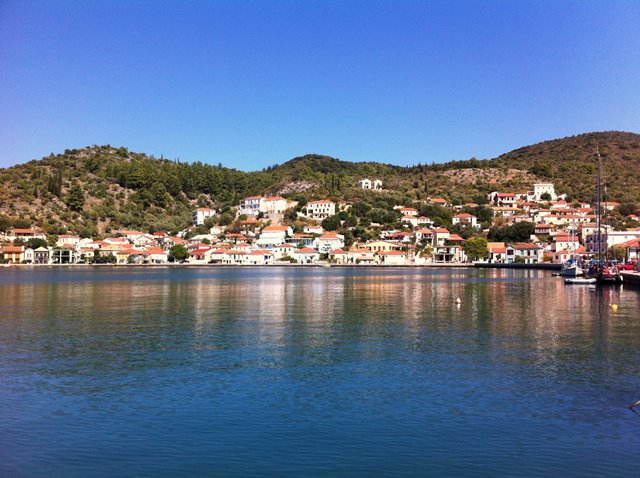 It was the end of September when we arrived. Many of the tourists had left, including Madonna. Yes, Madonna!

A taverna owner told us the news as we ate dinner.  The beaches I visited were dotted with a few lucky visitors that were left.  Like me, they got to stretch out the summer just a bit longer.

With 29 C temps and clear skies, the weather was perfect for a swim.  My favorite was Filiatro Beach, a little rocky beach sandwiched between two green hills. It was the closest beach to Vathi. I loved how the hills surrounding it bloomed full of trees. The water was shallow too. 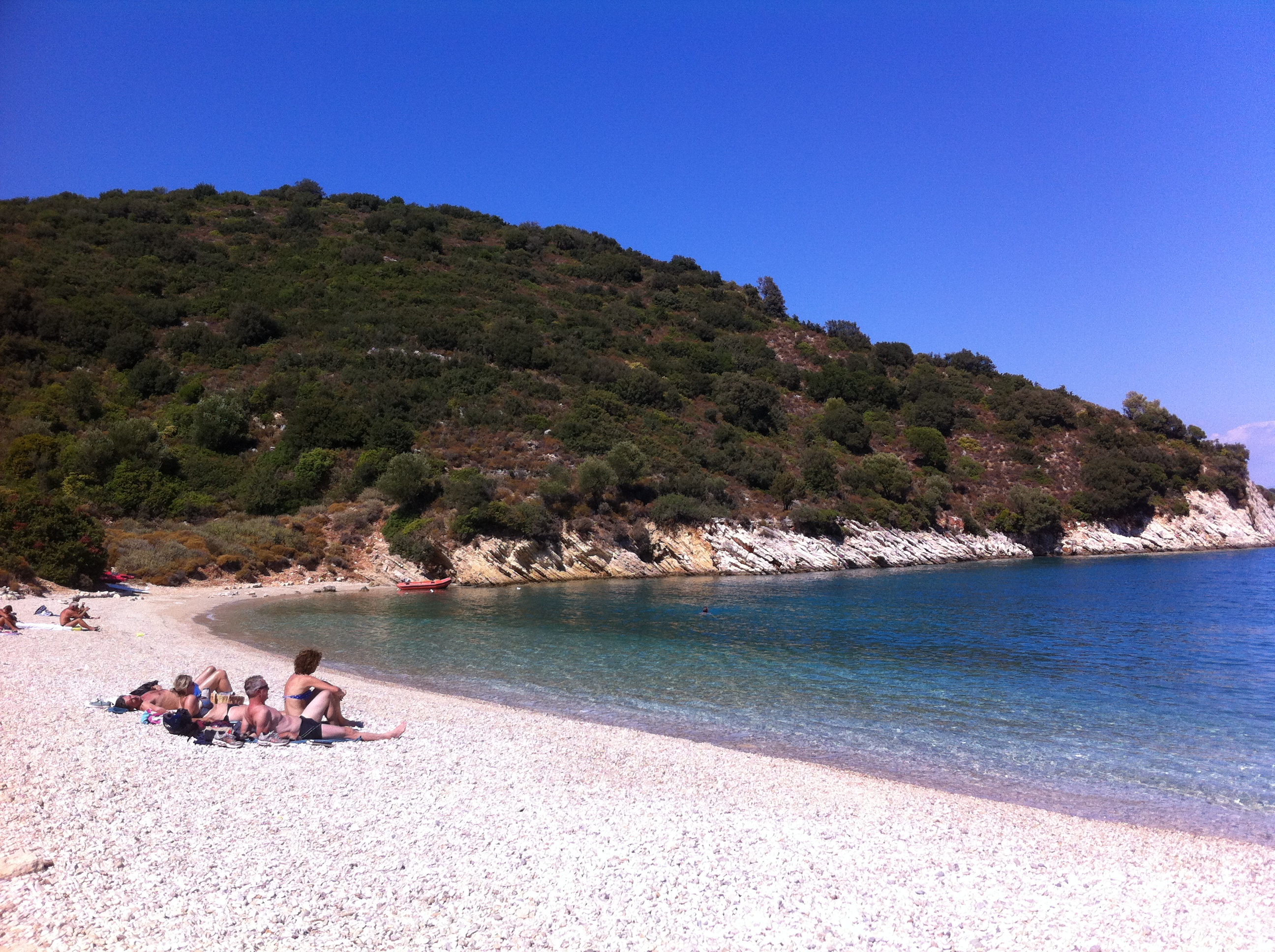 Skinos Beach was next on my agenda. I found out from locals that was where Madonna had stayed earlier this summer. It was completely empty when I arrived, abandoned and absolutely lovely.

The beach was a colorful expanse of pebbles that stretched out under crystal clear water.

For the occasional visiting star, like Madonna, a private waterfront villa situated just a few steps from the shore can be rented out. 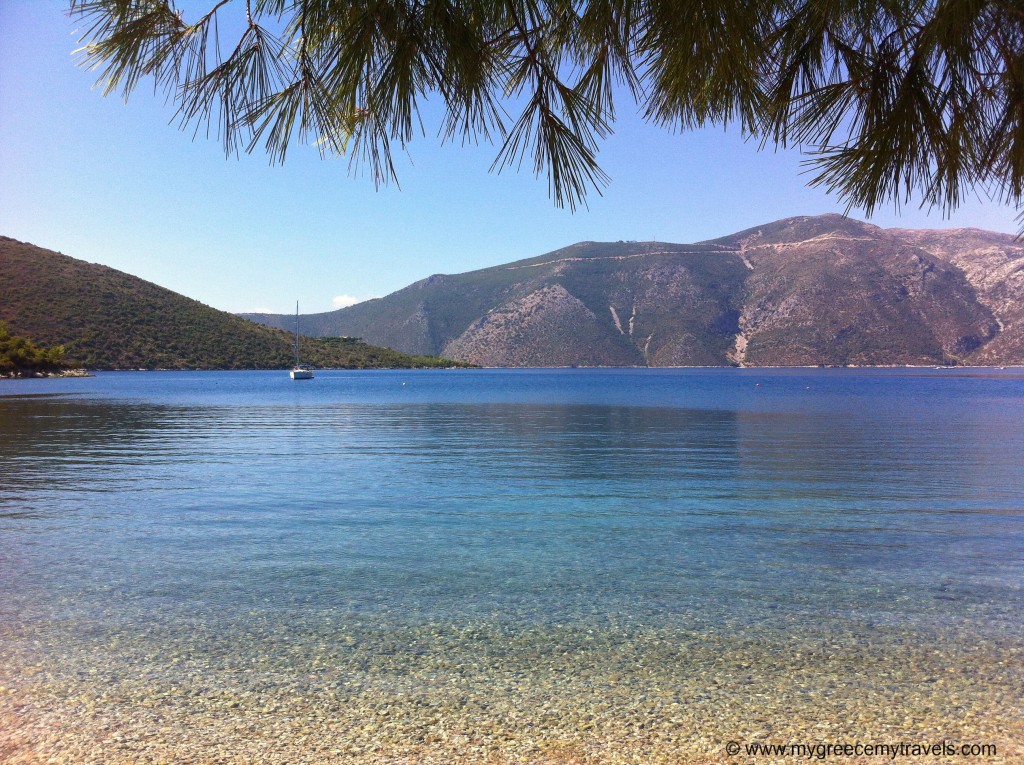 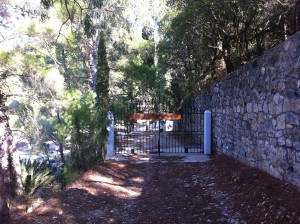 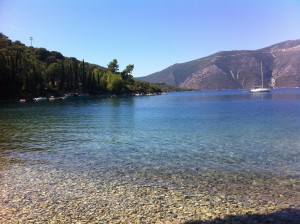 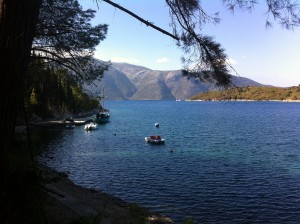 More of the Best Beaches of Ithaca

Here are a few more of the best beaches of Ithaca (as recommended by local friends) that I didn’t get to go to this time around. 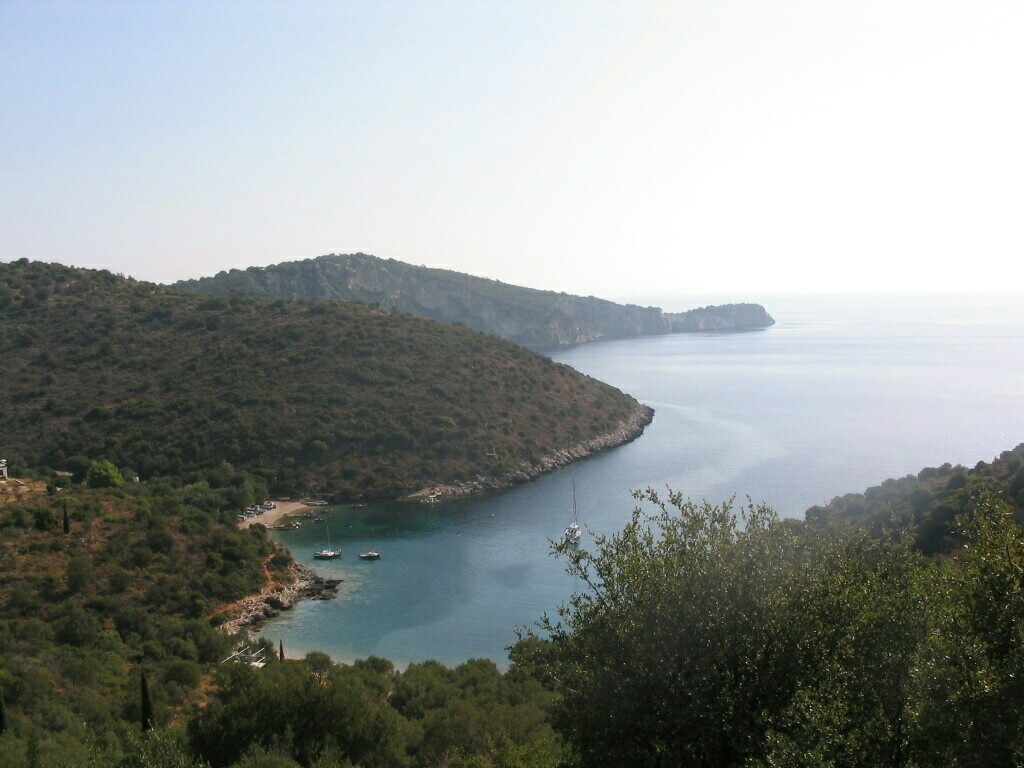 So many more beaches to visit!

They are on my beach bucket list for my next visit! If you have time, why not check out:

With a mix of gold sand and pebbles, this organized beach is quite popular. You can only reach it via a taxi boat fro Vathi or via boat/yacht.

The name comes from the Greek word meaning marble.  The white pebbles on the shore seem like they are marble pieces. The contrast of the white is exquisite against the emerald waters and the surrounding green slopes of the landscape.

While it is one of the best beaches in Ithaca, it is also one of the quietest beaches. That is because, well, its harder to get to!

Located in Kioni, 25 kilometers from Vathi, Kioni beach is considered one of the best beaches in Ithaca.  At Kioni beach, there is a lovely little port, and the beach itself is pebbled.

Located in a small bay in the Gulf of Molos is the mixed sand and pebbled beach called Dexia. According to a legend, Dexia beach was the place where Odysseus landed when he returned home to Ithaca. 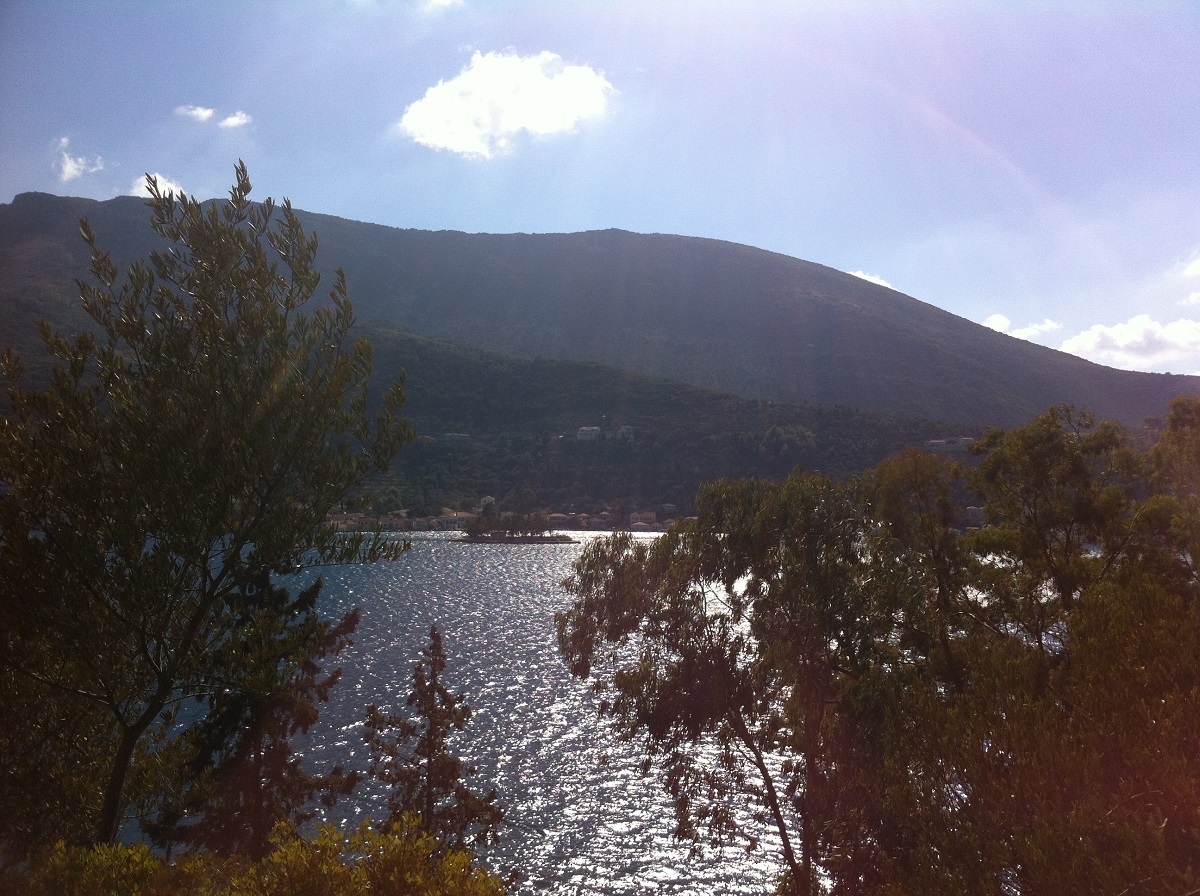 How to Get to Ithaca

Ferry
Ferries leave daily to Ithaca from  Kefalonia, Lefkada and Patra. There is also ferry service between Piso Aetos on the west coast.
There are also ferry lines in Vasiliki in Lefkada via Fiskardo and  Sami in Kefalonia.

Fly
There is no airport on Ithaca island. However, you can take a plane into neighboring Kefalonia island.  Then, take a ferry to Ithaca.

Have you ever been to any of the best beaches in Ithaca?