During a Greek island church festival in Serifos, I learned why such a tradition remains a local highlight of any Greek island summer.

A Greek island church festival, called a panagiri, is a part of life in the Greek islands. It is a religious celebration organized at a church during that church’s saint day.

For example, churches named for St. Sotiris can organize an annual panagiri on August 5th, St. Sotiris’ saint day.  That’s also the day anyone named Sotiris or Sotira (name meaning savior) celebrates the day much like a birthday but its casually called a name day. 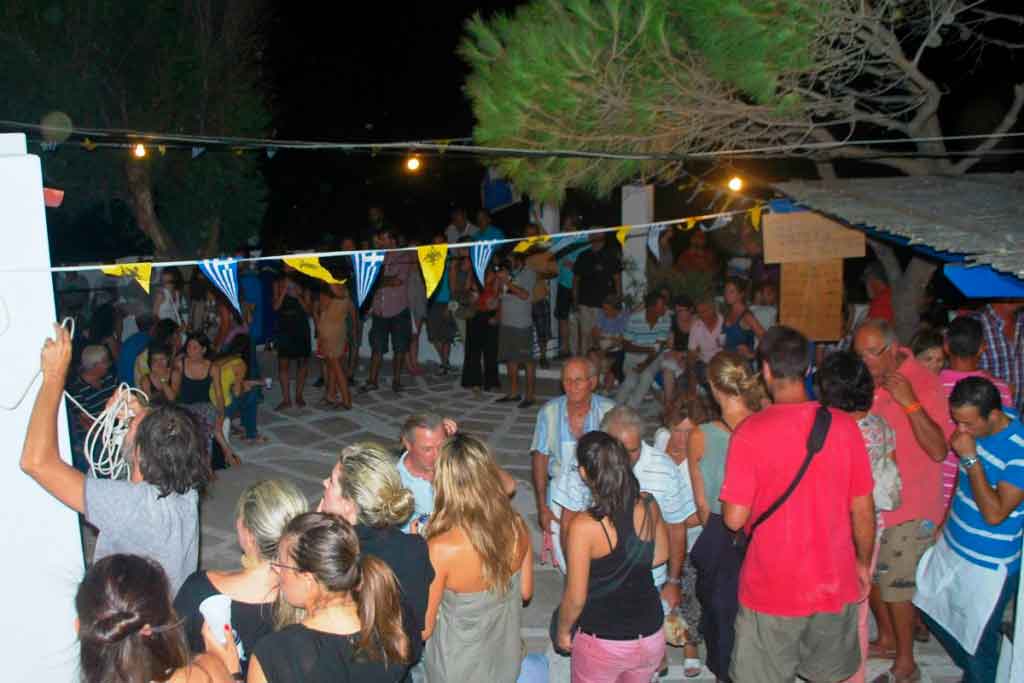 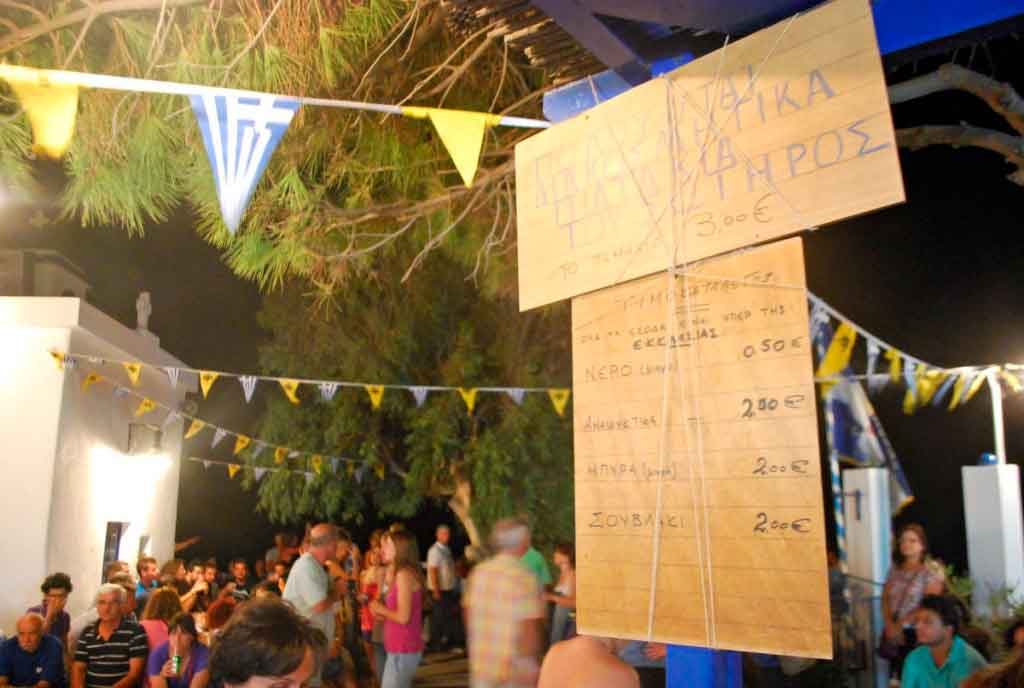 Greek island church festivals are held throughout the country, a traditional gathering that has lasted for centuries.  They are especially joyful during the summer months. I learned why when I was in Serifos recently.

Serifos is a quiet Cycladic island, a destination where mass tourism isn’t an issue nor likely will it ever be.  It’s that kind of quiet place that is proud of its traditional authentic character.

What’s it like on such a quiet island at night? Stand outside in the pitch black and you can only hear the wind.  If there isn’t any wind, you’ll hear the delicate ripple of the sea. You can discern sea from land only by moonlight.

However, it was special night. It was August 5th. The panagiri was about to take place.   The black evening calm was pleasantly disrupted by the blinking glow of car headlights slowly heading toward a tiny church called St. Sotiris. The whitewashed chapel perched on the rocky hillside in Kalo Ambeli, filled up with locals ready to celebrate. 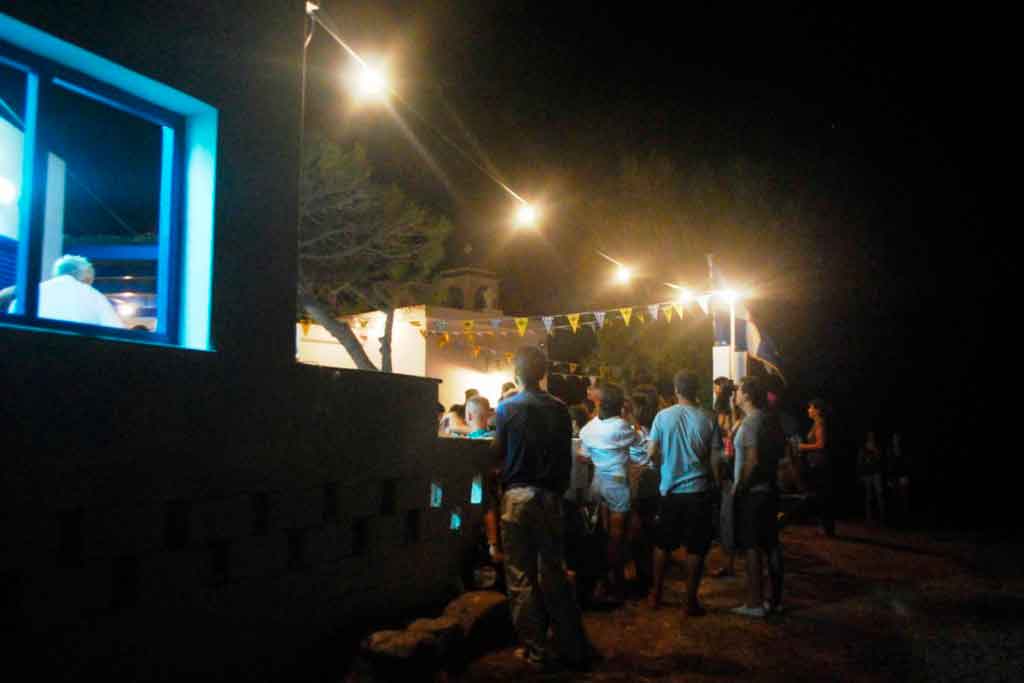 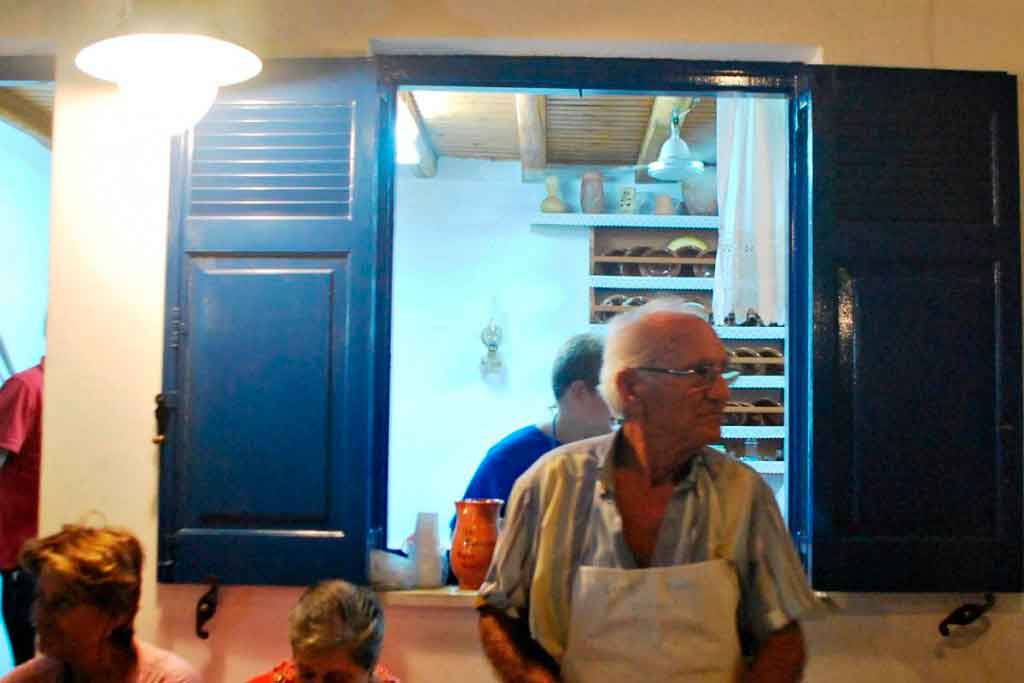 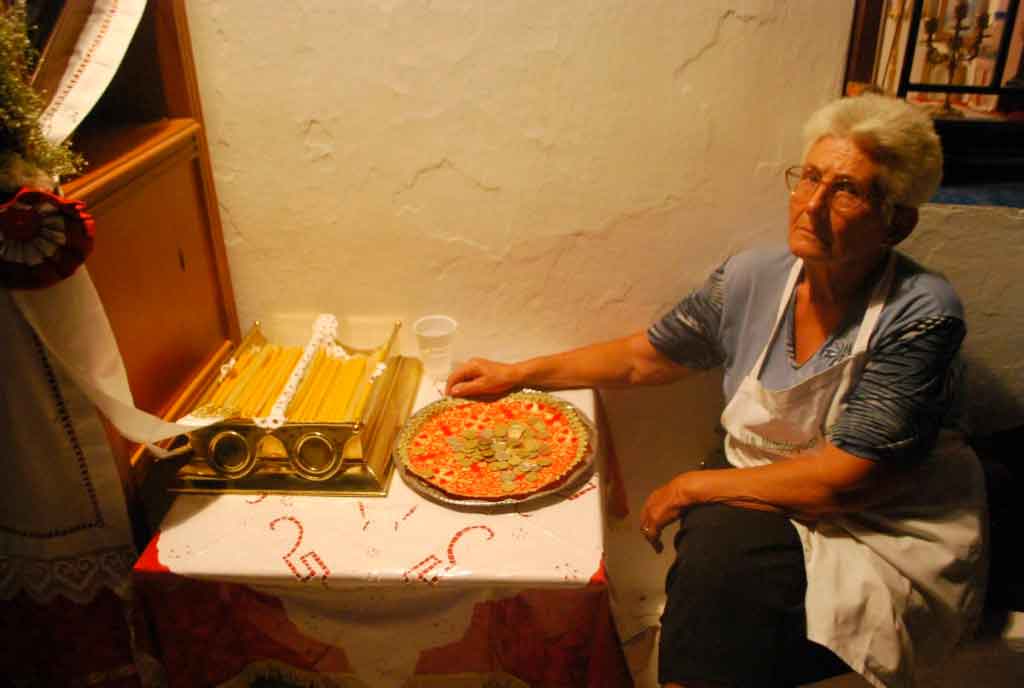 Hundreds of islanders (and a few French tourists) turned out for the annual celebration. 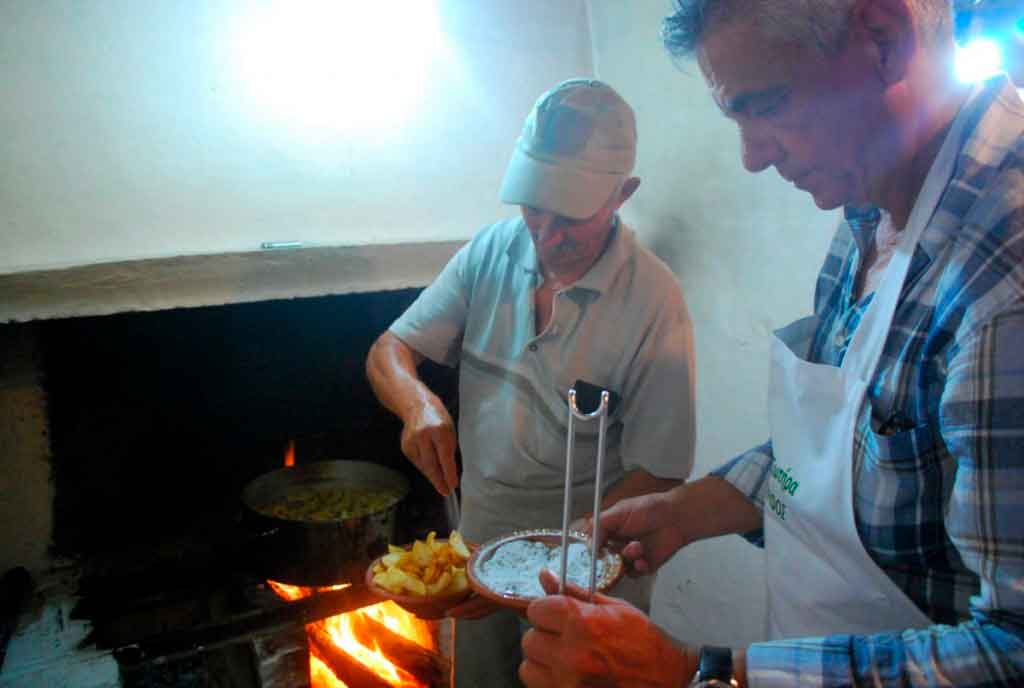 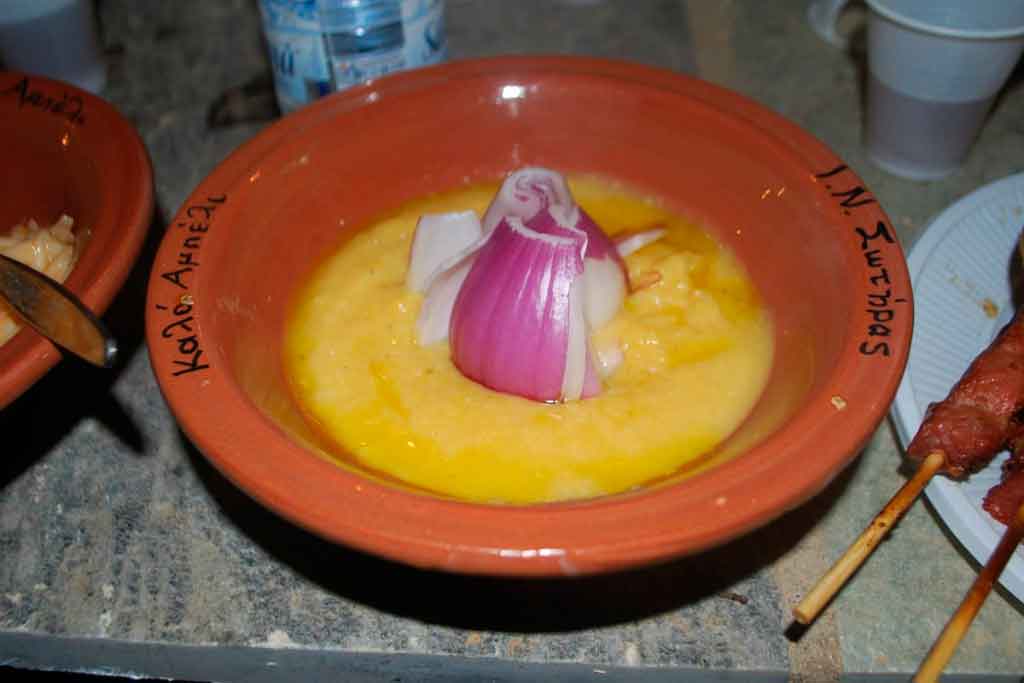 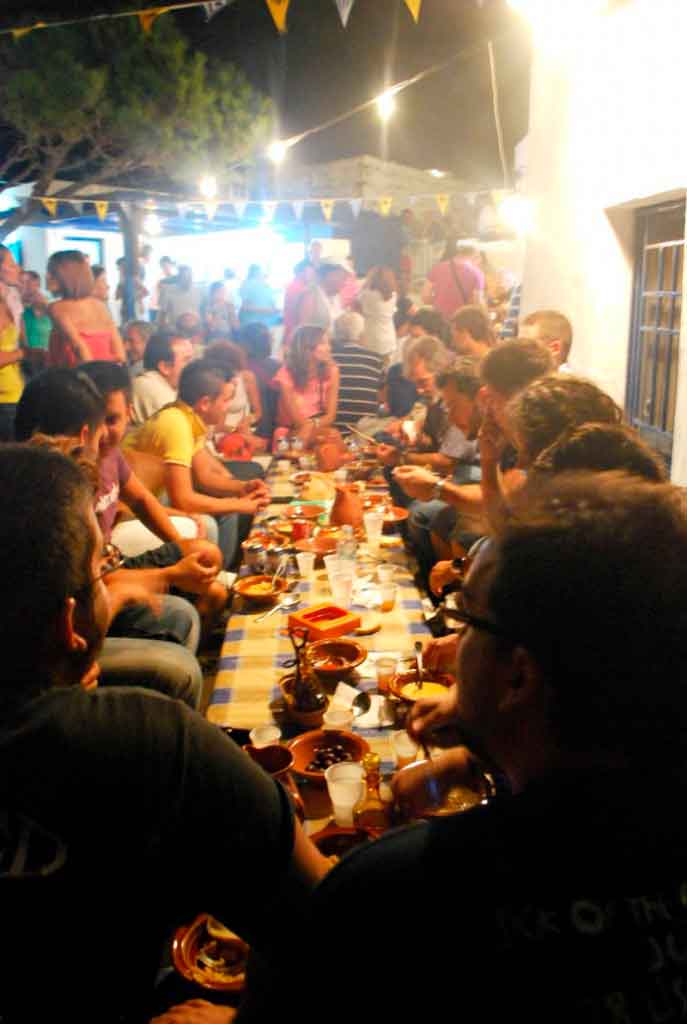 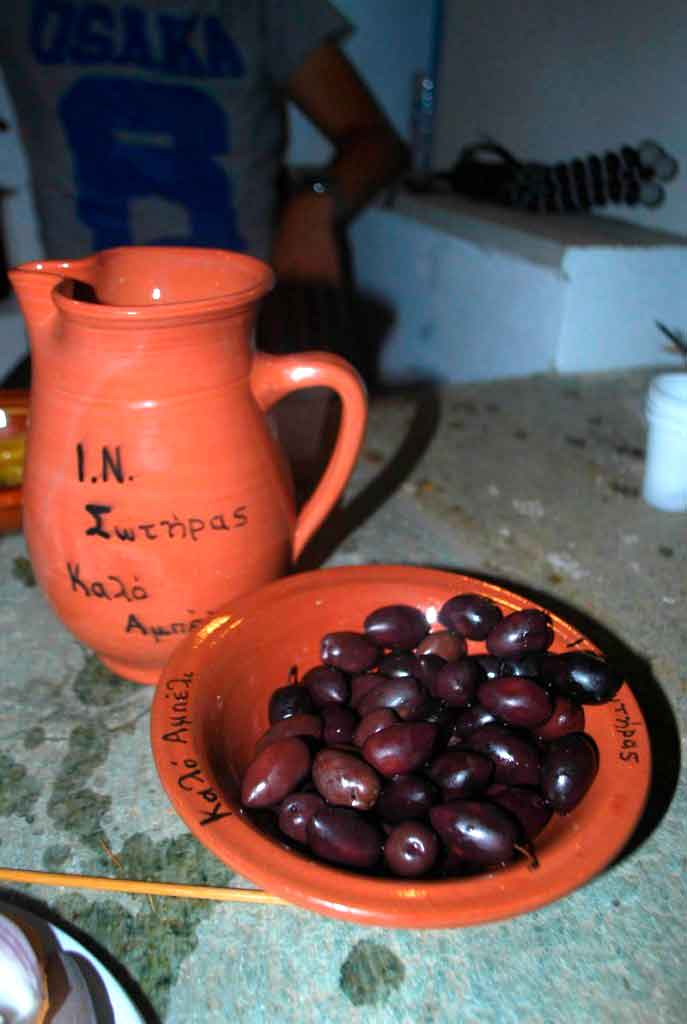 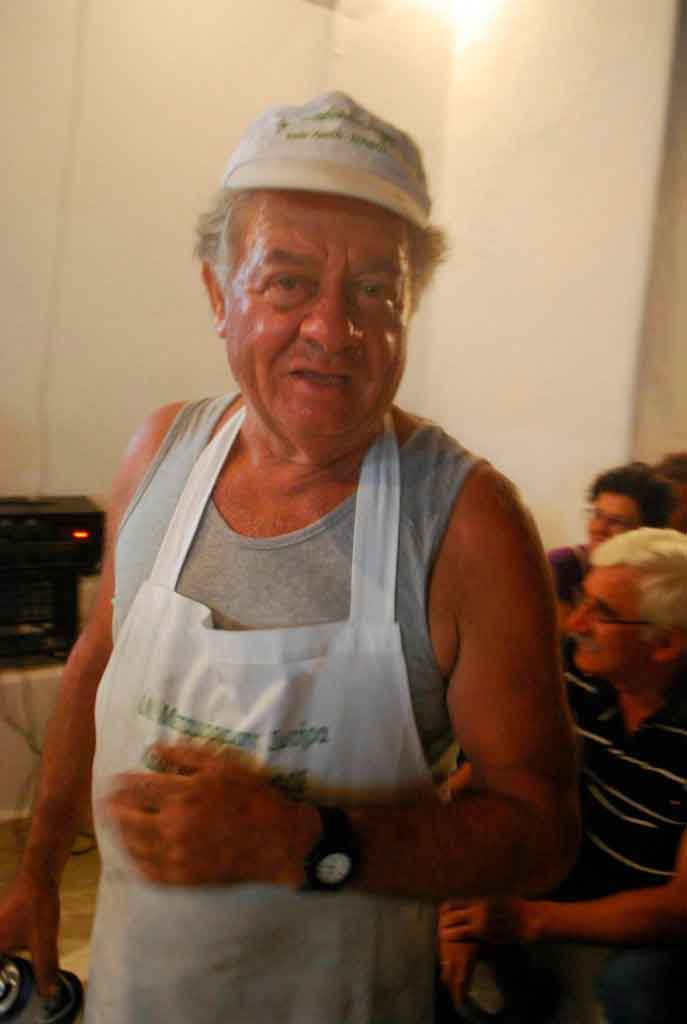 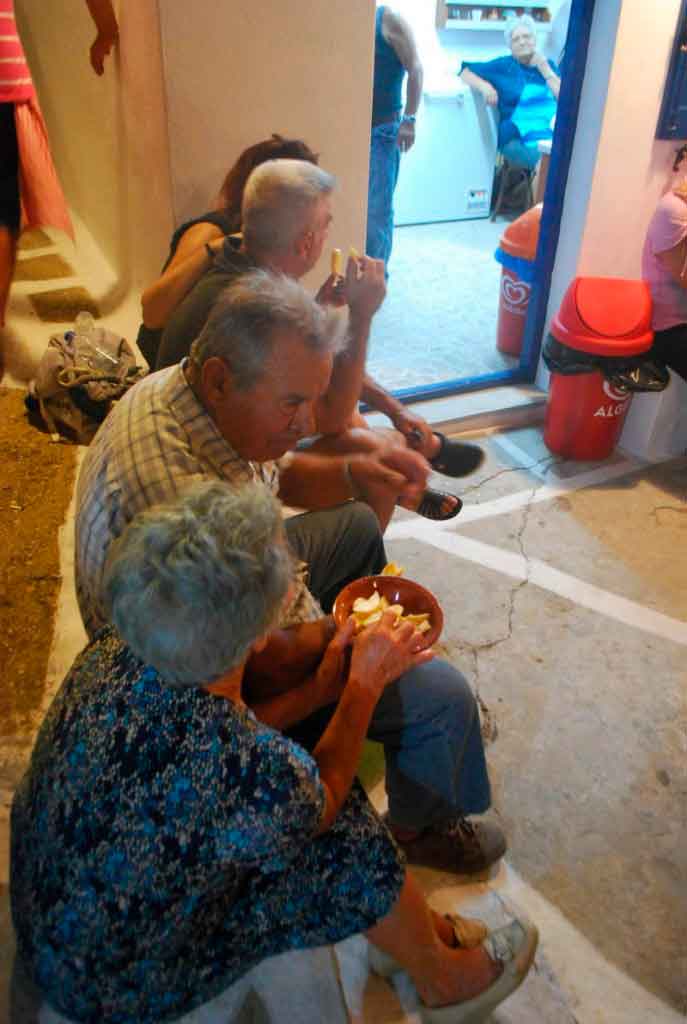 Meanwhile, the little chapel in the background of the party glowed with a soft yellow light.  Both children and adults stepped in at one point to light special candles to honor the day. 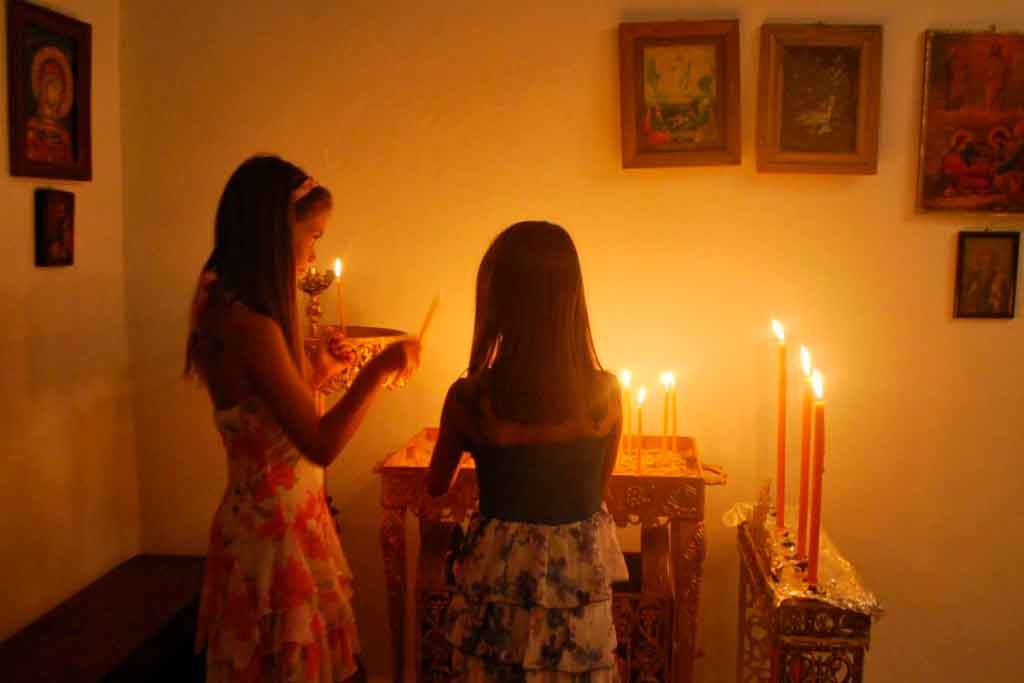 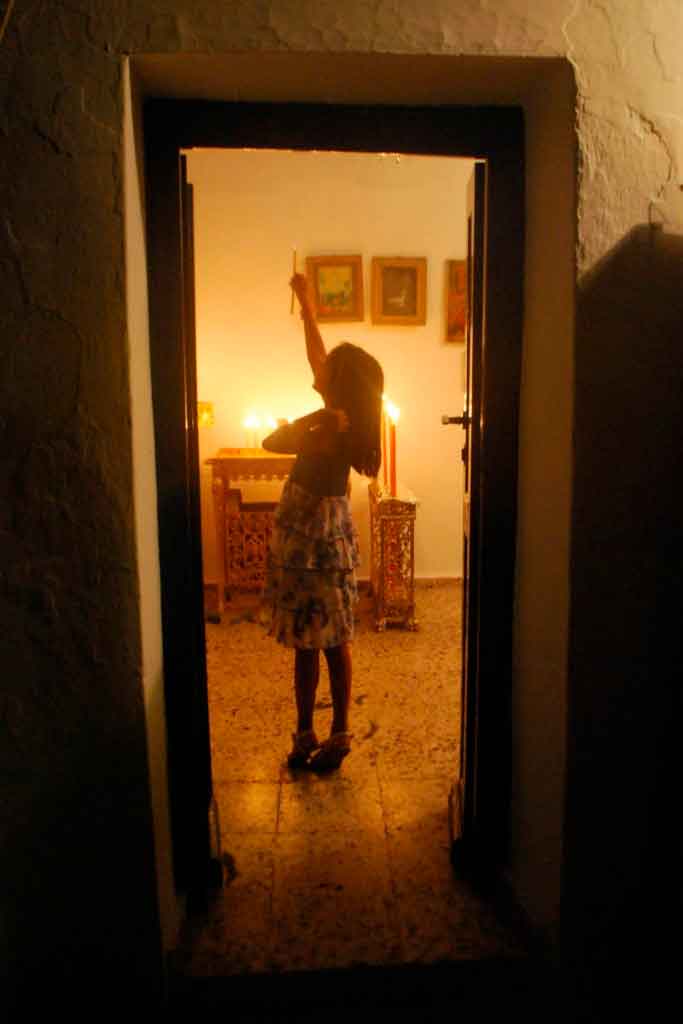 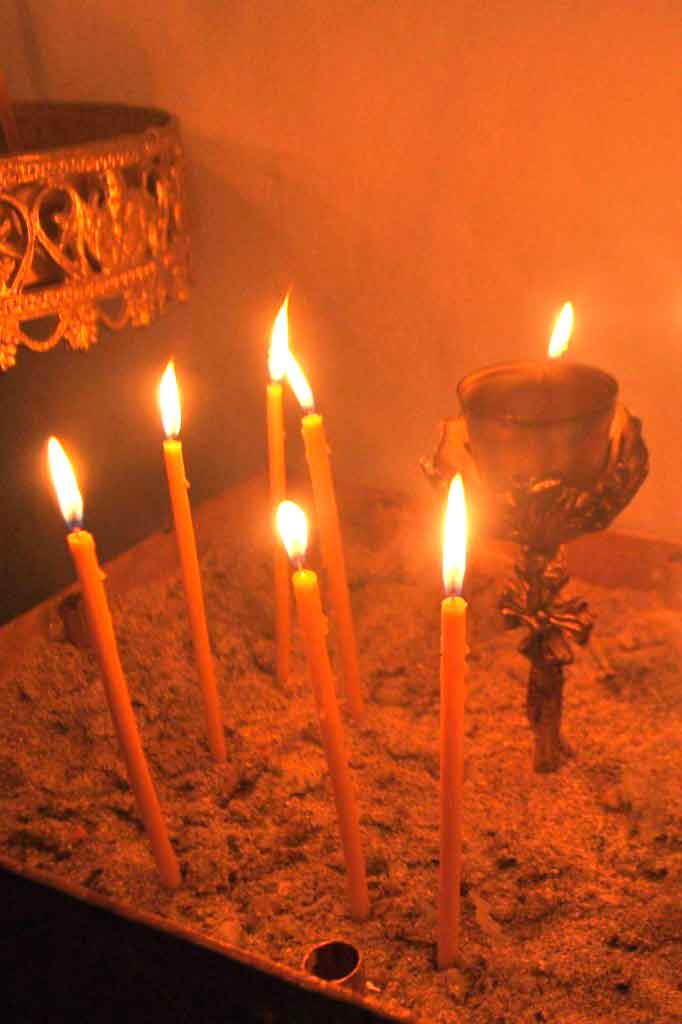 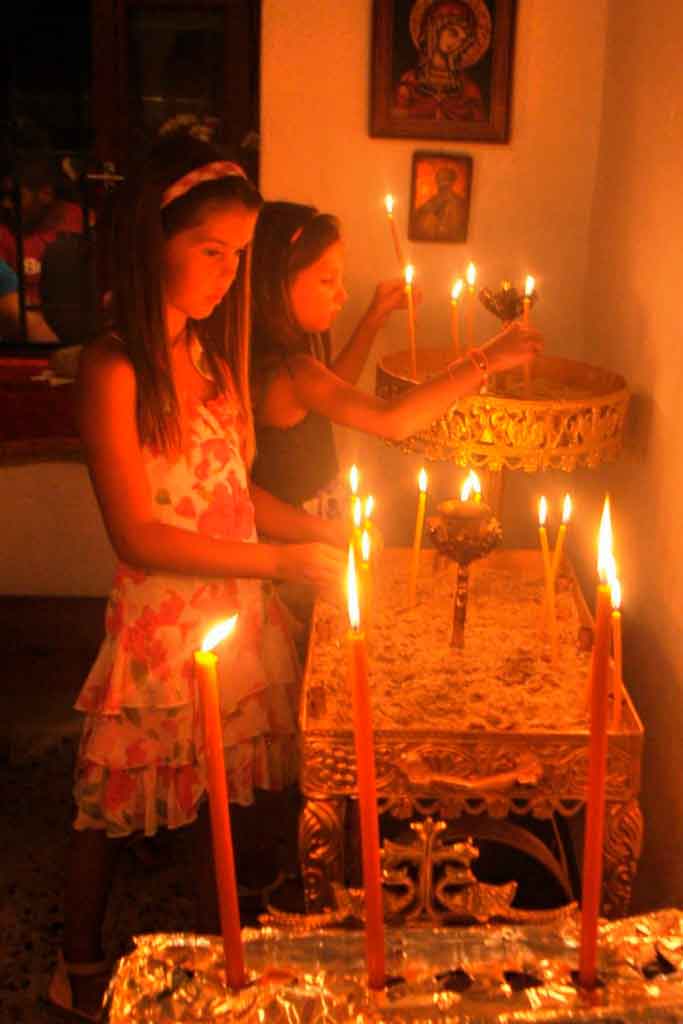 Later on two older Serifians sang in a kind of rough yet lovely manner as they played their instruments.  Their voices quavered in a serious but somehow joyful way. The unsteady screech of the fiddle synced just right with the rhythmic strum of a jouras, a type of Greek guitar. 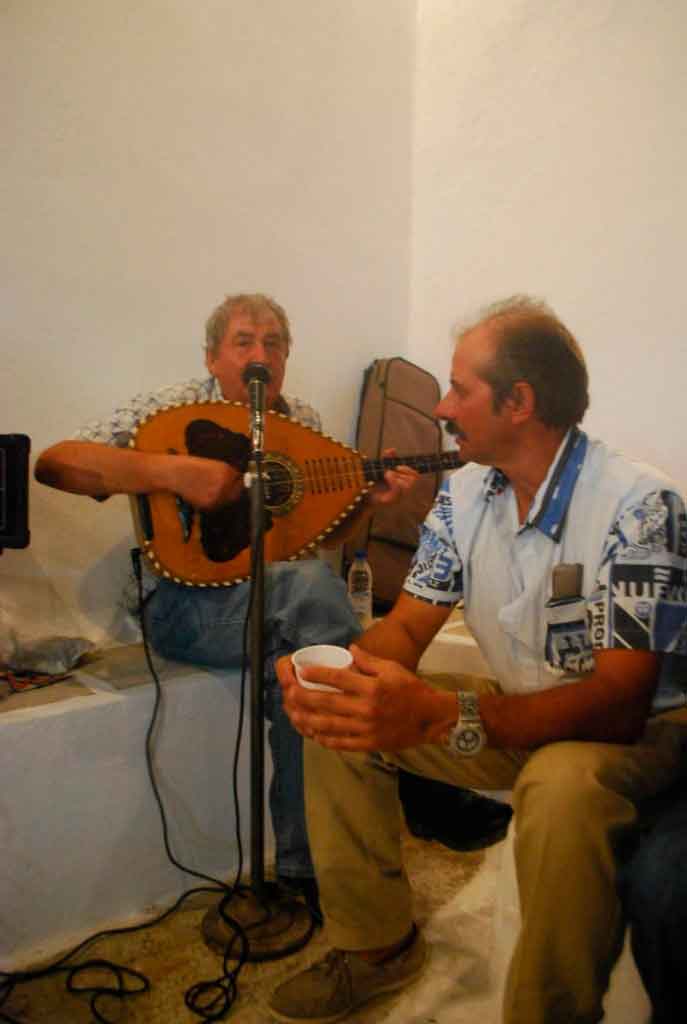 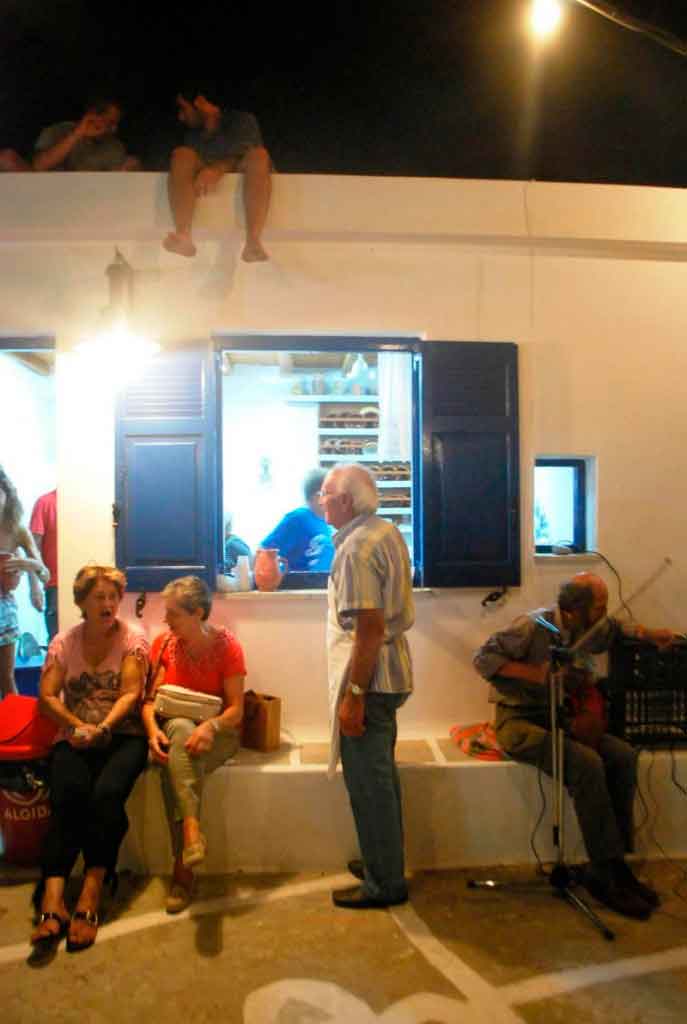 The melodies breezed through the air disappearing between the din of the happy crowd.  In time, Greeks took center stage to dance as other look on simply smiling to the island music familiar and special to them. 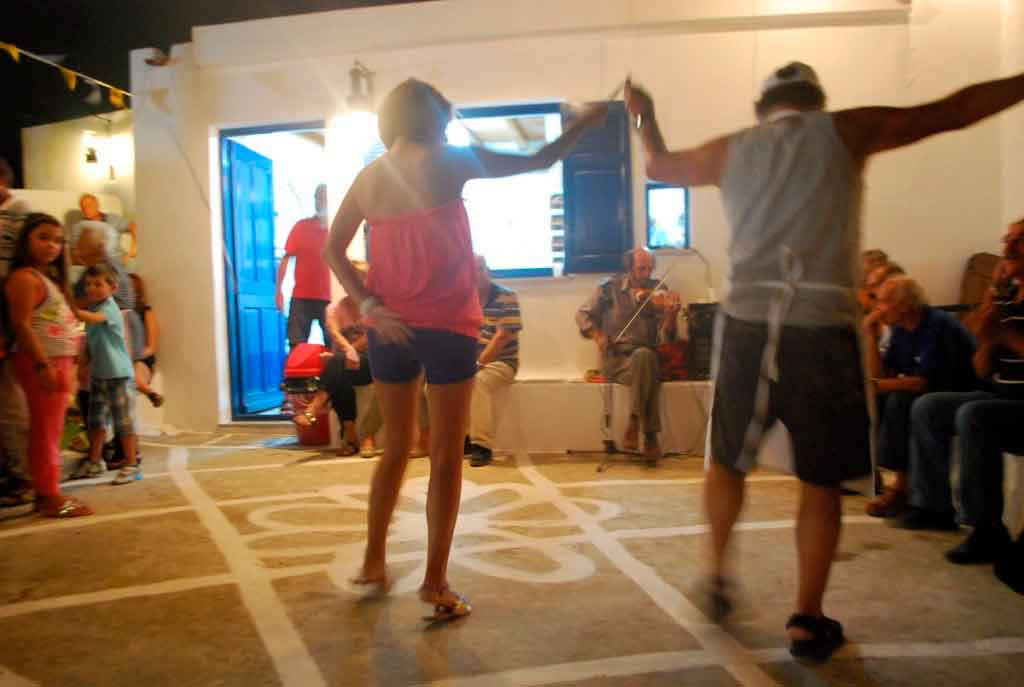 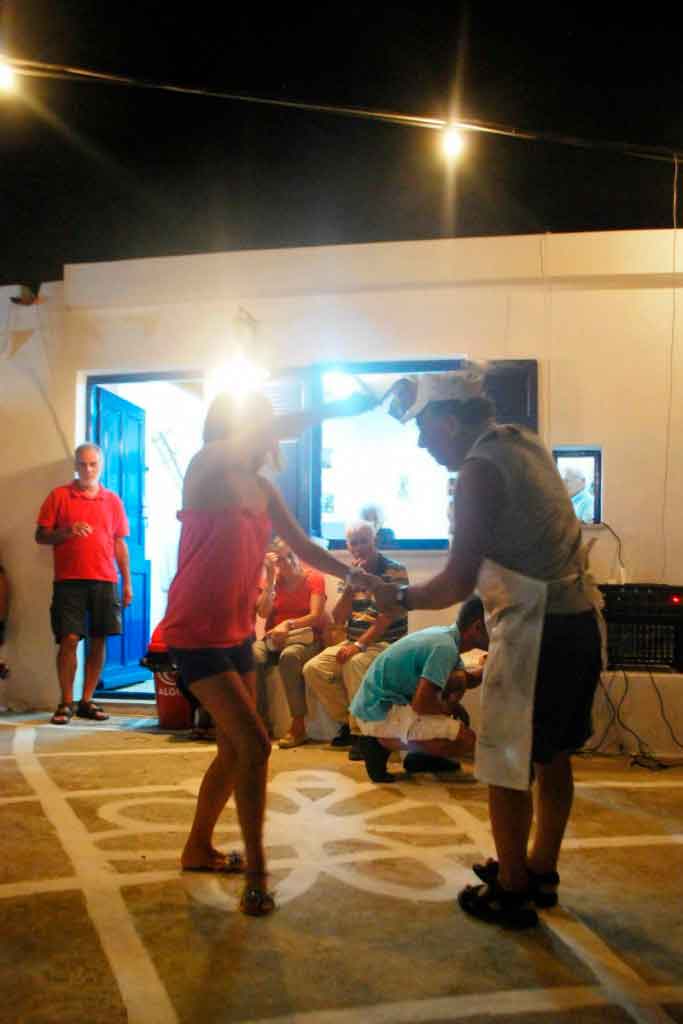 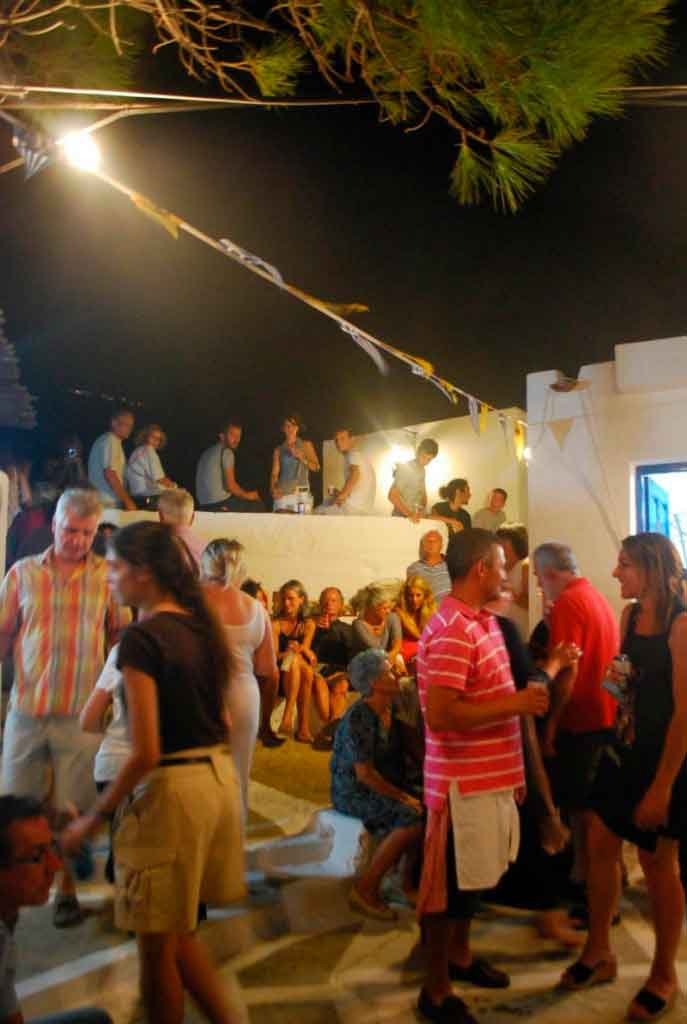 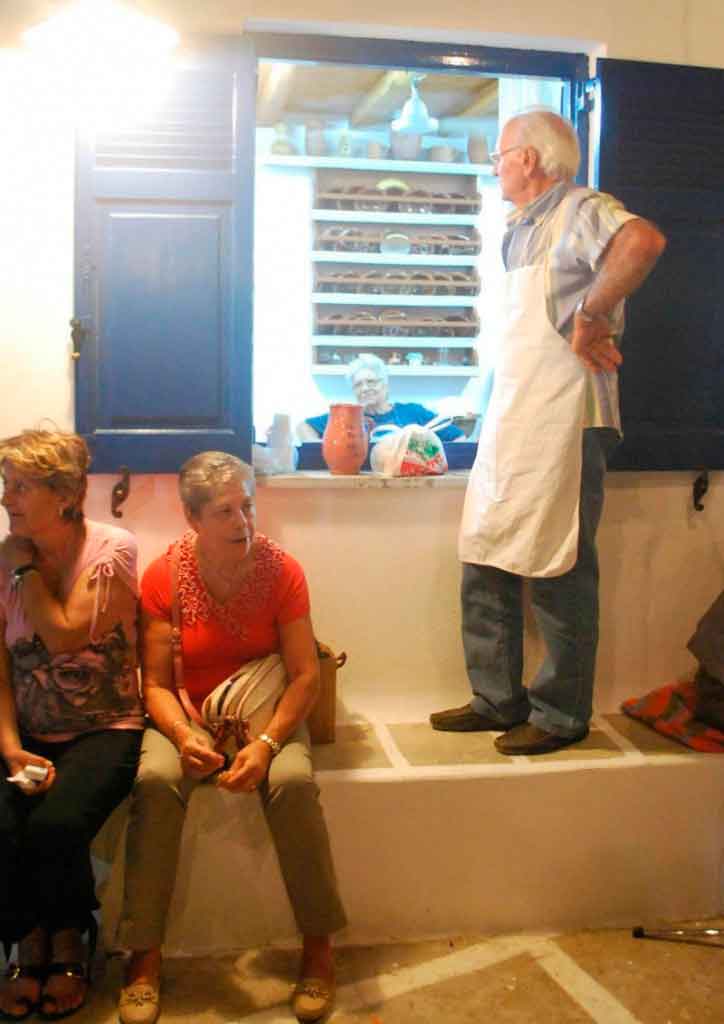 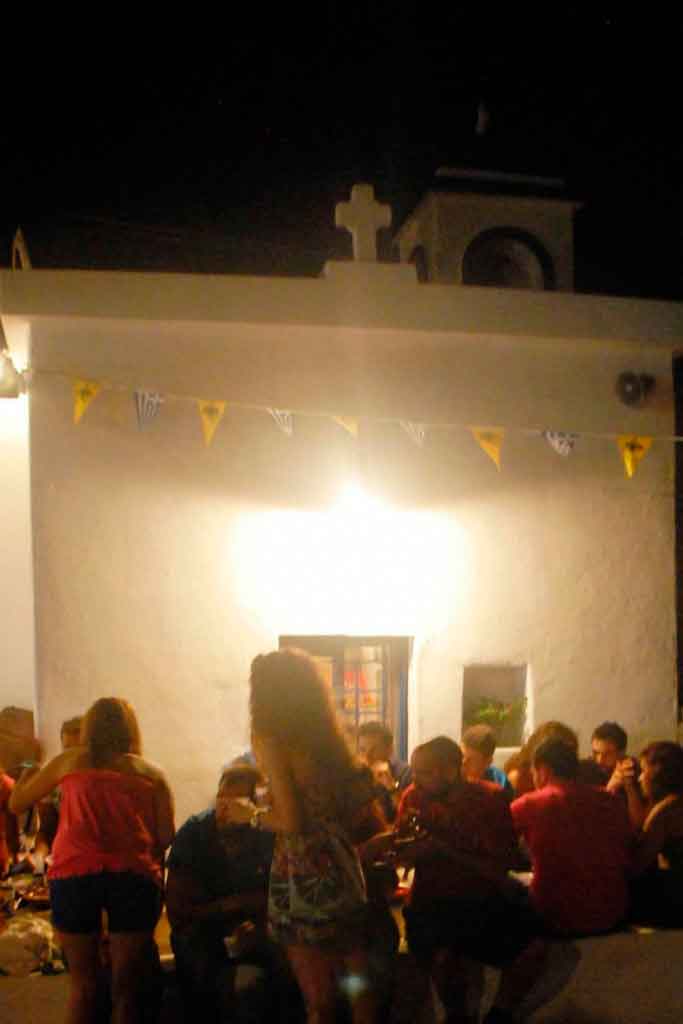 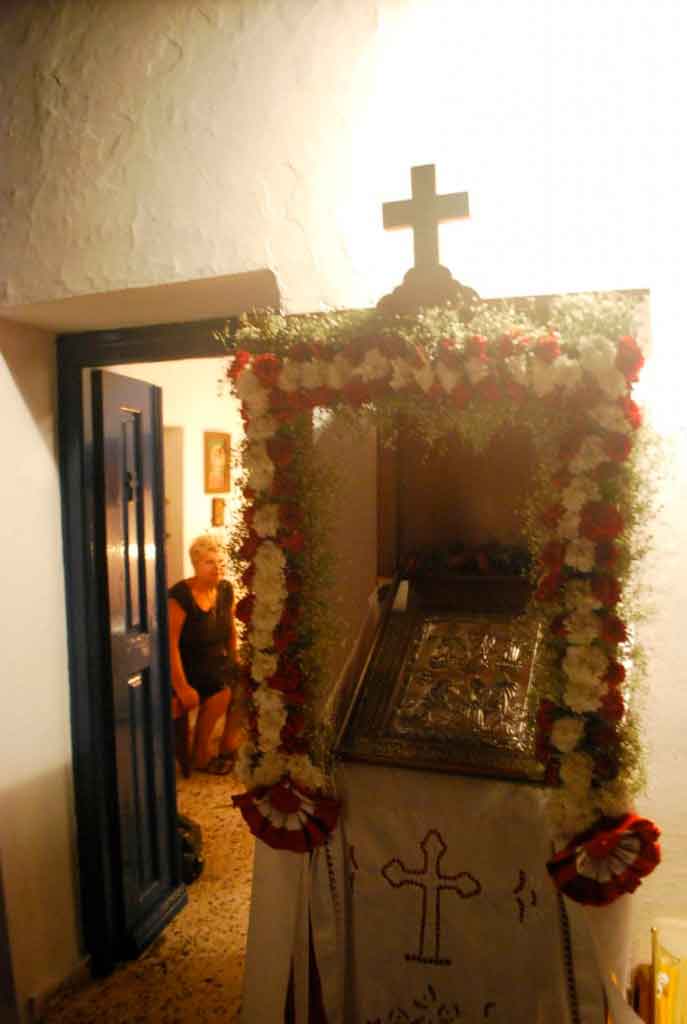 If you are planning to visit a Greek island this summer why not ask around and see if a panagiri will be taking place. It would be a good opportunity to try local food, dance and be merry!

How to Get to Serifos

The only way to travel to Serifos is by ferry or private boat/yacht from the port of Piraeus in Athens. The island does not have an airport.

The frequency of ferries depends on the season. Ferries leave from the port of Piraeus in Athens.  The trip lasts anywhere from 2.5 to 5.5 hours, depending on if you book a seat on a fast or slow ferry. For updated ferry schedules check www.openseas.gr.  I usually take the SpeedRunner which is about a 2.5 hour journey (45-50 Euro each way).

There are regular connections to the other west Cyclades, including Milos, Kythnos and Sifnos.

Where to Stay in Serifos

Boutique: Rizes Hotel is a four-star hotel with a beautiful pool, individual plunge pools, a great view, excellent buffet breakfast and a beautiful view to the Chora and the Aegean Sea. From €100 a night, depending on the season.  Coco-Mat, the luxury Greek brand, also has a small boutique hotel right on Vagia beach.

Mid-Range: The Livadi is ideal for a convenient stay, especially for those without a car. You’d be within walking distance to everything: beaches, eateries, nightlife and the ferries. For an atmospheric apartment stay with lovely amenities, I recommend Indigo. From €80 a night, depending on the season.

Where to Eat on Serifos

For a rundown of the eateries in Serifos, check out my post the Best Restaurants in Serifos.

What to Do on Serifos

Serifos is a nature lovers dream.  There are many beautiful beaches, hiking trails and a fantastic main town to explore. I frequent this island the most so I have tons of posts about everything Serifos on this blog.

Have you ever been to a Greek island church festival or pangiri?