Sail Around Mykonos: Delos and Rhenia

Take a day to sail around Mykonos you’ll see another side to this top Cycladic island destination and maybe make some awesome friends along the way.

Mykonos On Board: Sail Around Mykonos

Going to the Greek islands? Sailing should be part of your plan. 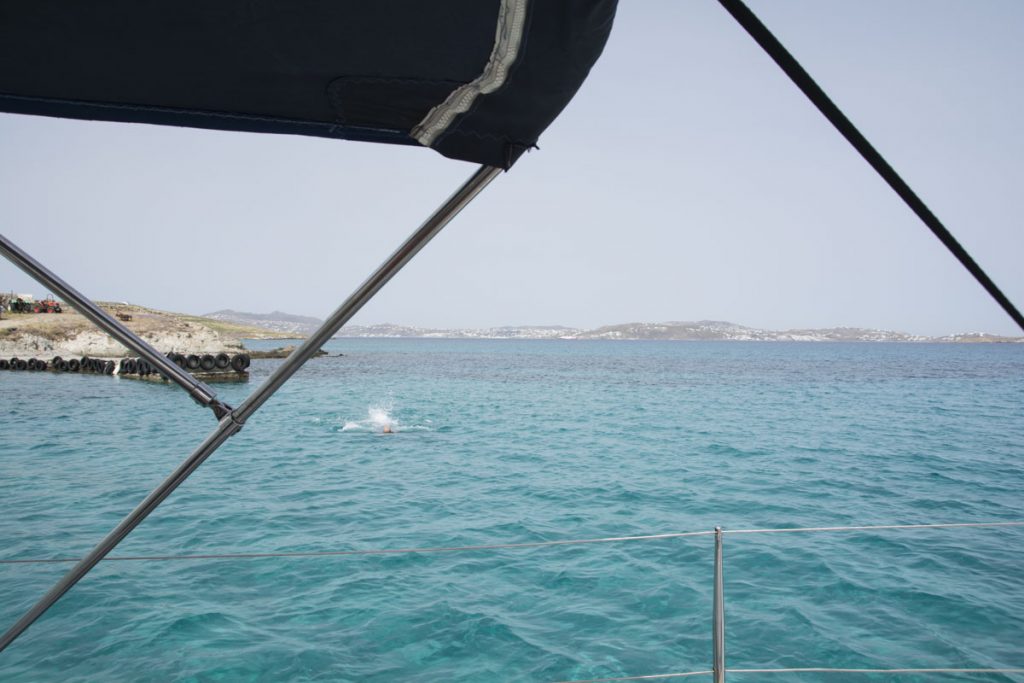 Sail around Mykonos and you’ll get a bit of ancient history, a glimpse of uninhabited neighboring isles, hidden beaches and incredibly azure waters. 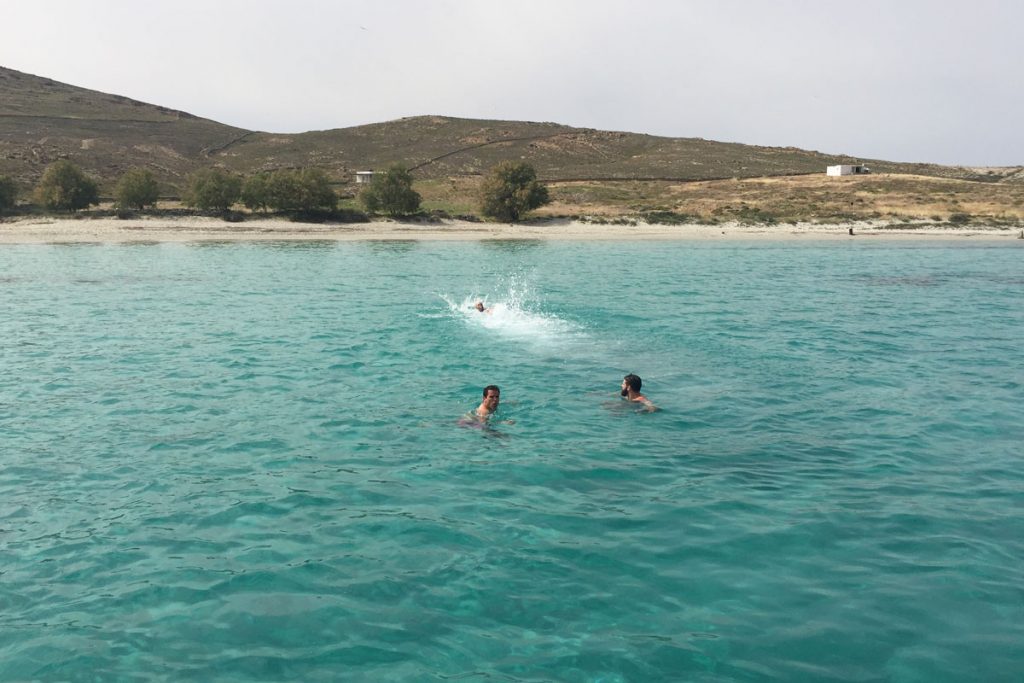 Book a spot with Mykonos on Board and you’ll have a great time because you won’t be a number. Captain Artemios only takes up to eight people on his sailing boat.

That’s one of the reasons why it was one of the most memorable travel experiences I have had in all these years of traveling to the island.

So, the thing about these little day trips is you don’t know who’s going to end up on the boat with you, especially if you aren’t booking the entire boat with your crew.  It’s a tiny little fear we might all have booking intimate kind of tours. Will boring people join in? Complaining people? Strange weirdos?

Well, Elena and I definitely lucked out.

We were joined by the super cool couple Rachel and Julian from the States.  Four Swedish doctor friends Omeir, Minhaal, Petros and Majd completed our group. 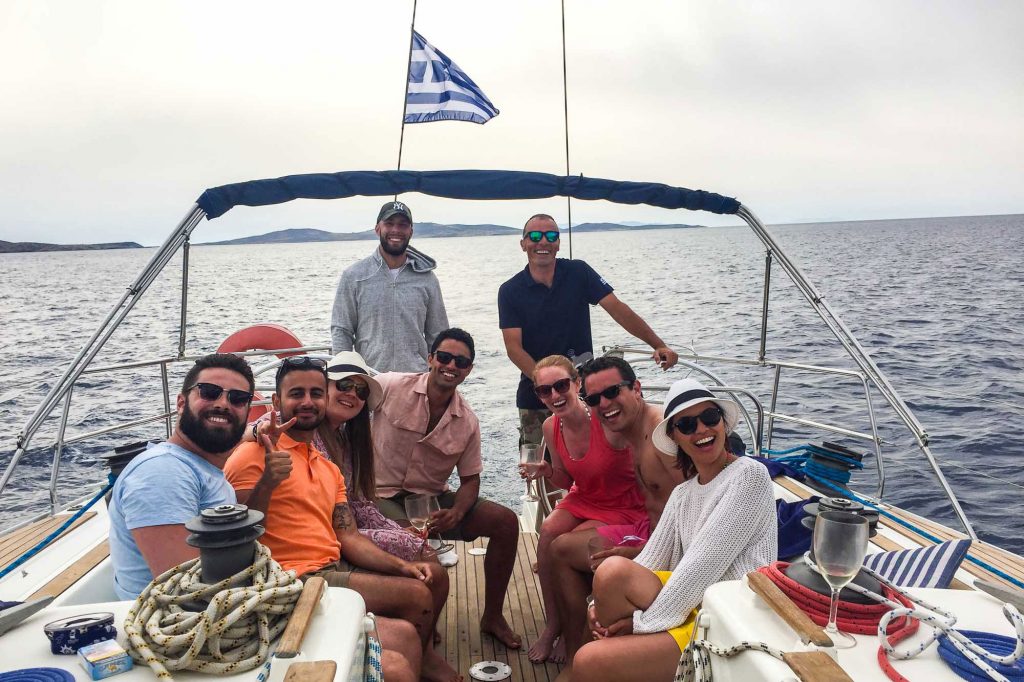 It was such a laid-back time, spent laughing, joking and just taking in scenery around us.  It turned out to be a relaxing day full of laughs, swimming and good food.

Isn’t that what any holiday on the Greek islands should offer?  Here’s where Captain Artemios took us for a drive. 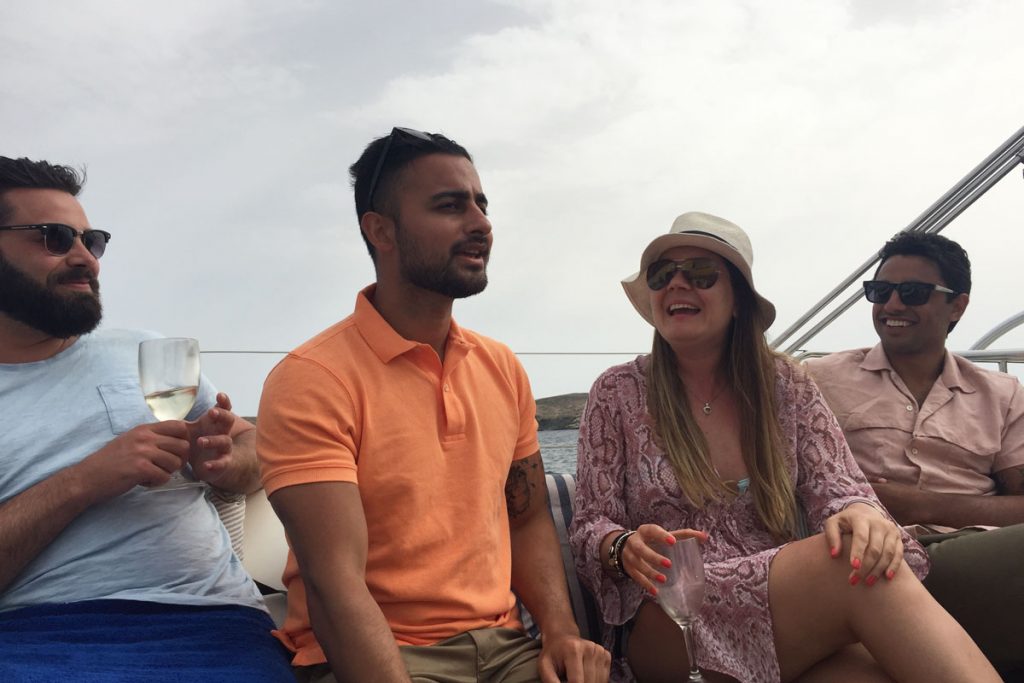 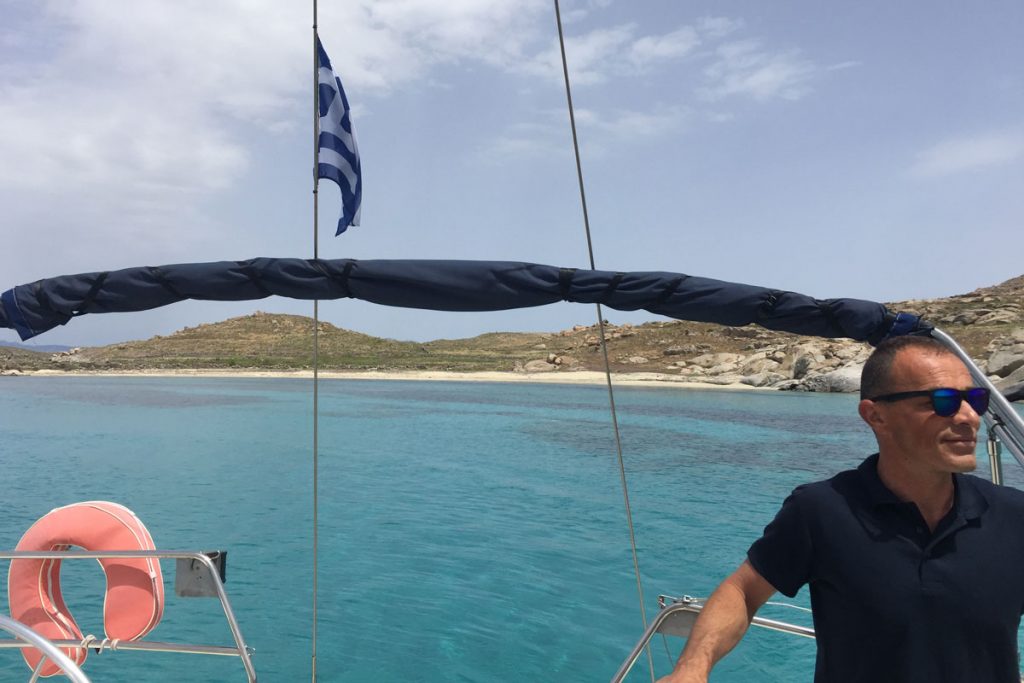 I had been to Delos before and explored this mysterious and fascinating archaeological site by foot.  It was once a revered city of temples, marbled villas and exciting commerce during ancient Greece.  This time around, I got a different glimpse of the mythological birthplace of the gods Artemis and Apollo. 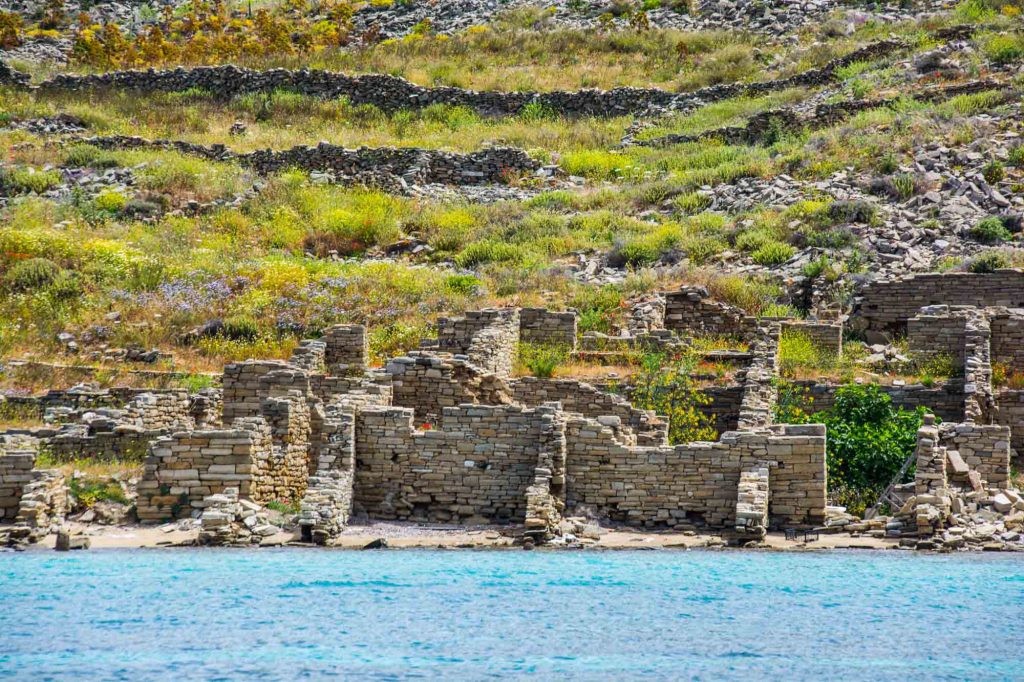 Delos was the first swimming stop and everyone jumped in the sea. Well, most of us! Elena and I decided it was too cold, but we’re chickens like that. 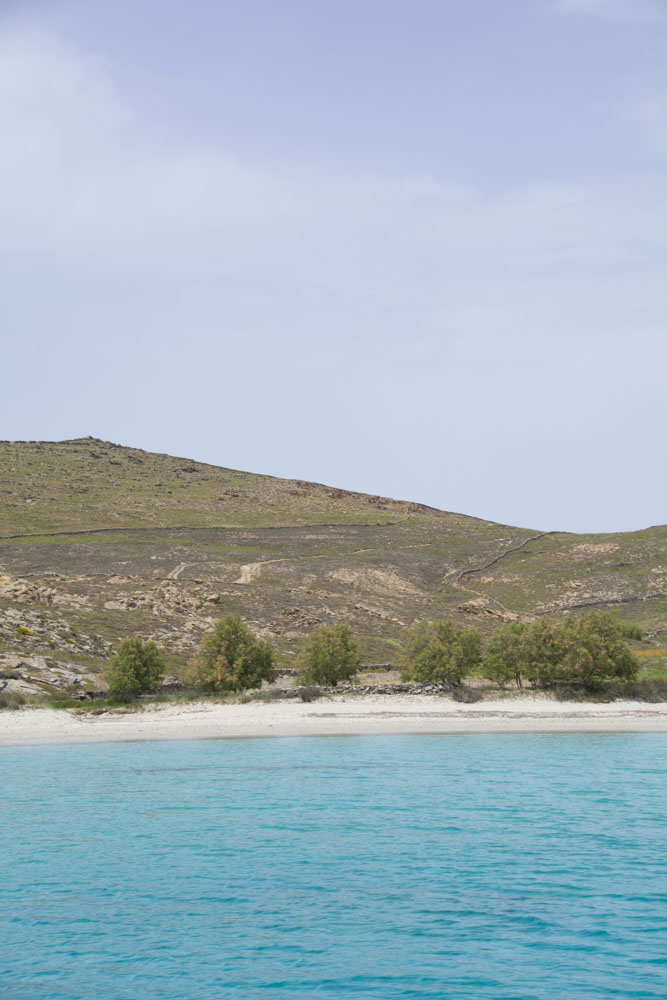 I had heard of Rhenia before, a small island separated from Delos by a tiny strait.  Sitting on the sailing boat was as close I was going to get to it. 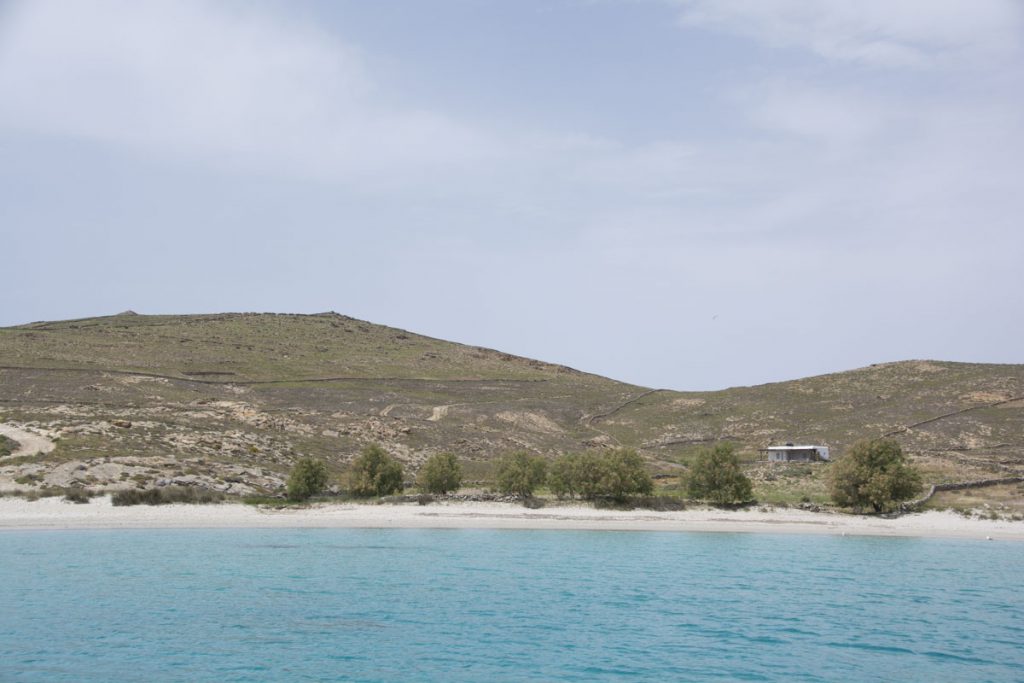 To give you an idea of how rural Rhenia is, right off its shores we spotted a handful of tractors haphazardly parked on the dirt paths. Captain Artemios told us that’s the only way the handful of commuting Mykonian farmers can possibly get around. Oh, and there seemed to be lots of goats.  It wasn’t always empty. Rhenia had its glory days as the ancient burial ground for warriors who died on Delos. 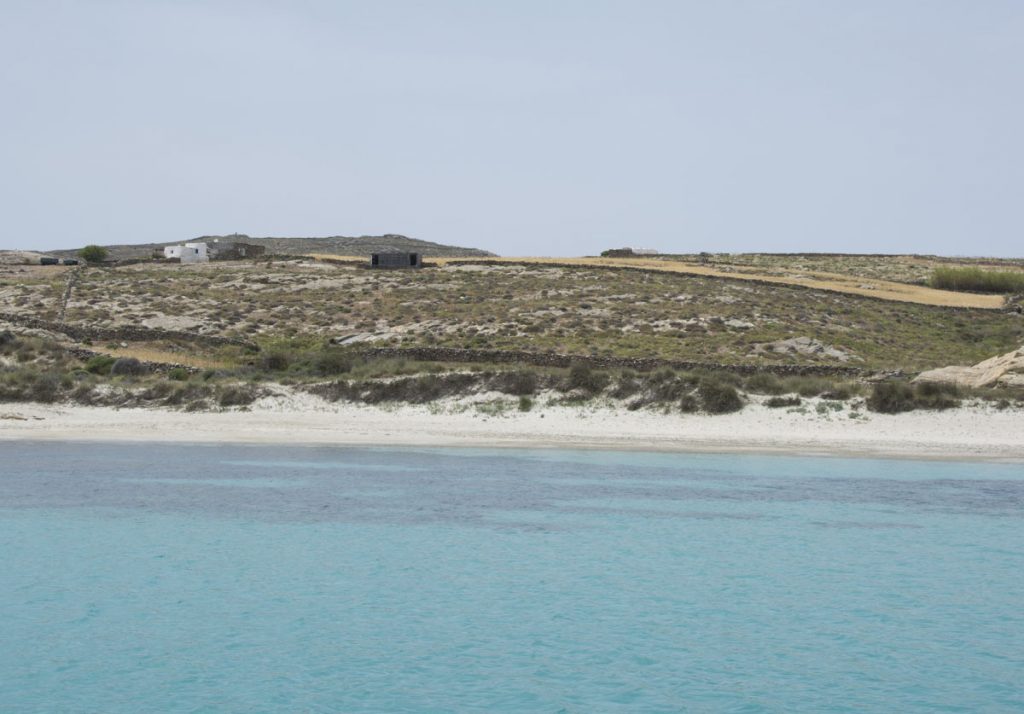 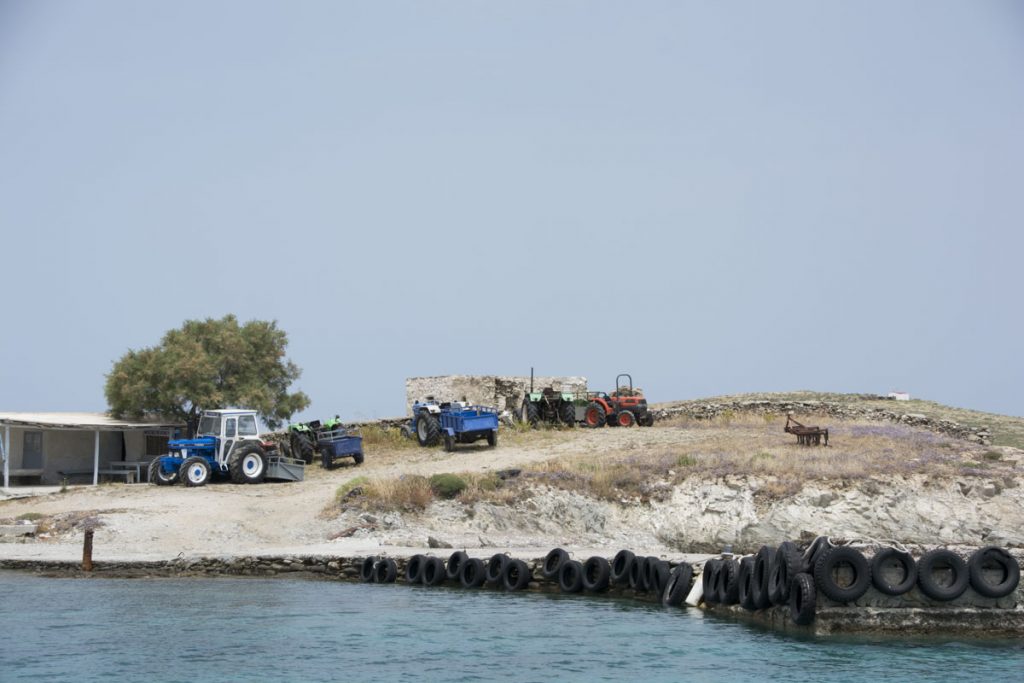 Lunch on the Boat

As everyone dived in Rhenia’s amazingly blue sea, Captain Artemios and his crew member Leonidas prepared lunch. We all loved the plates including grilled chicken, spicy kebabs and a cool salad along with tzatziki yoghurt dip and grilled Mediterranean veggies. 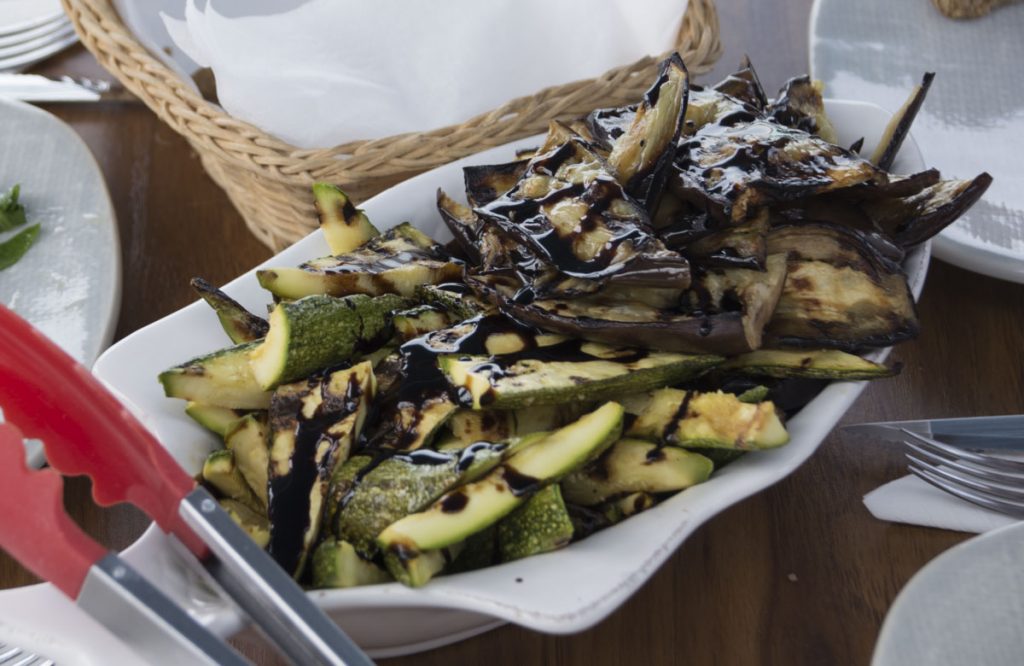 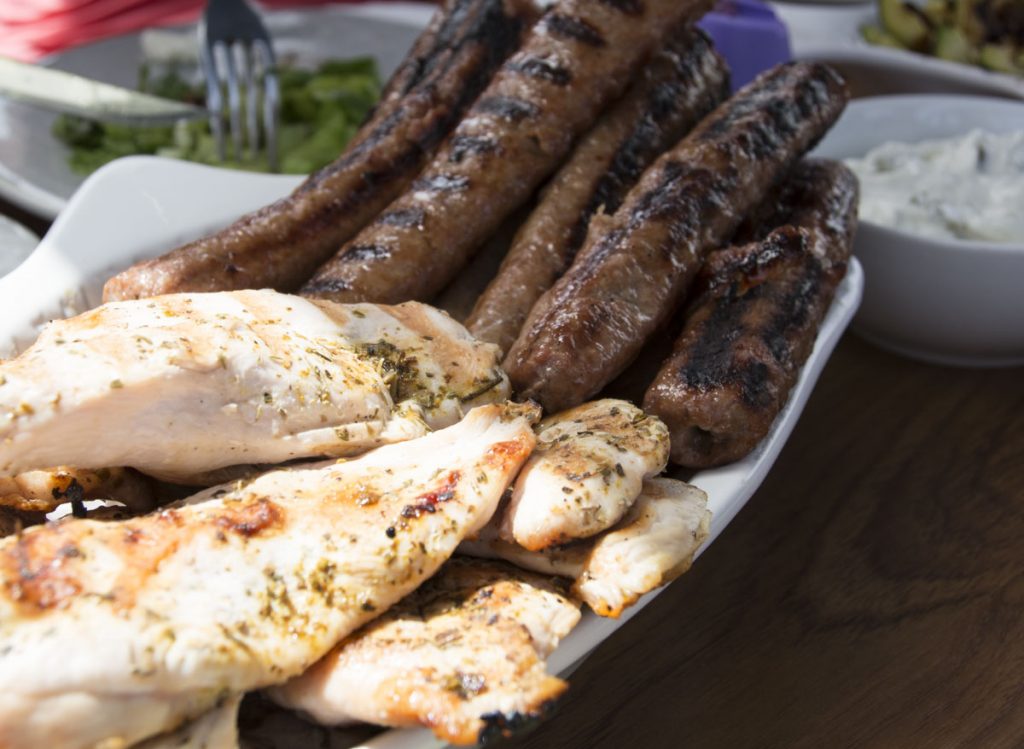 Conclusion:  Mykonos on Board

I highly recommend this day trip on many levels.  Captain Artemios knows Mykonos well and it was easy to see that he simply loves sailing the seas.  It was great to get his local perspective about life on the Cyclades. Plus, he’s a great cook!  Leonidas, his assistant, was friendly and helpful too.

I have been on other island boat trips around Greece and those excursions fit much more people on board.  This was the least number of passengers I had experienced and it truly made a difference. Okay, it helped we all enjoyed each other’s company.  See what a little boat trip could do?  That’s what a vacation to Mykonos is all about. 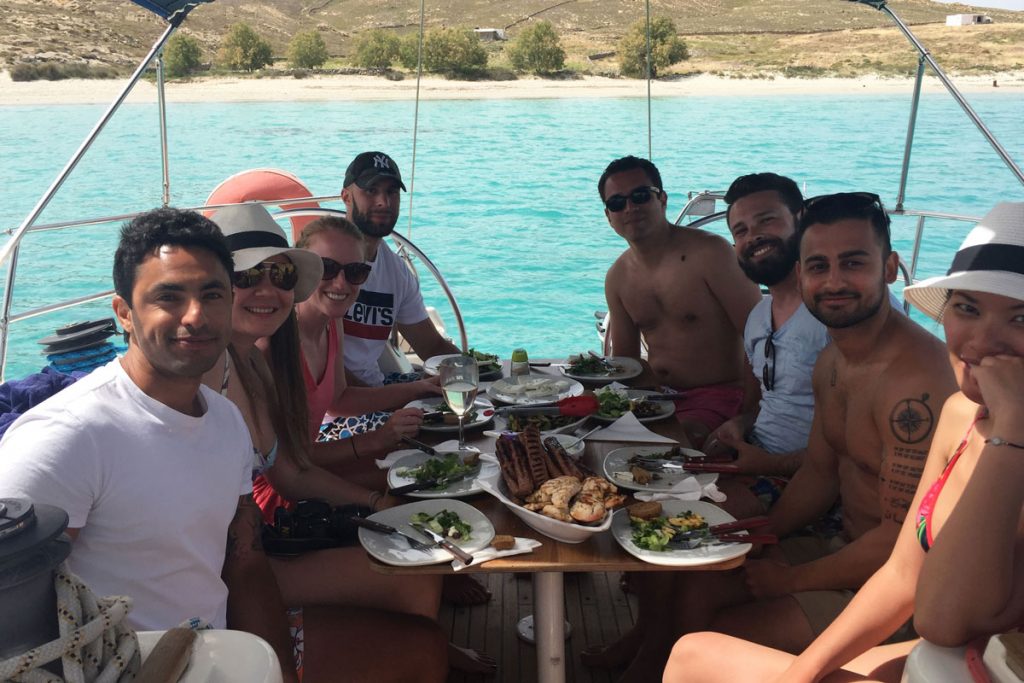 For more a rundown of tips about what to do, where to stay where to eat and other travel experiences on Mykonos, check out my Mykonos page on this blog. 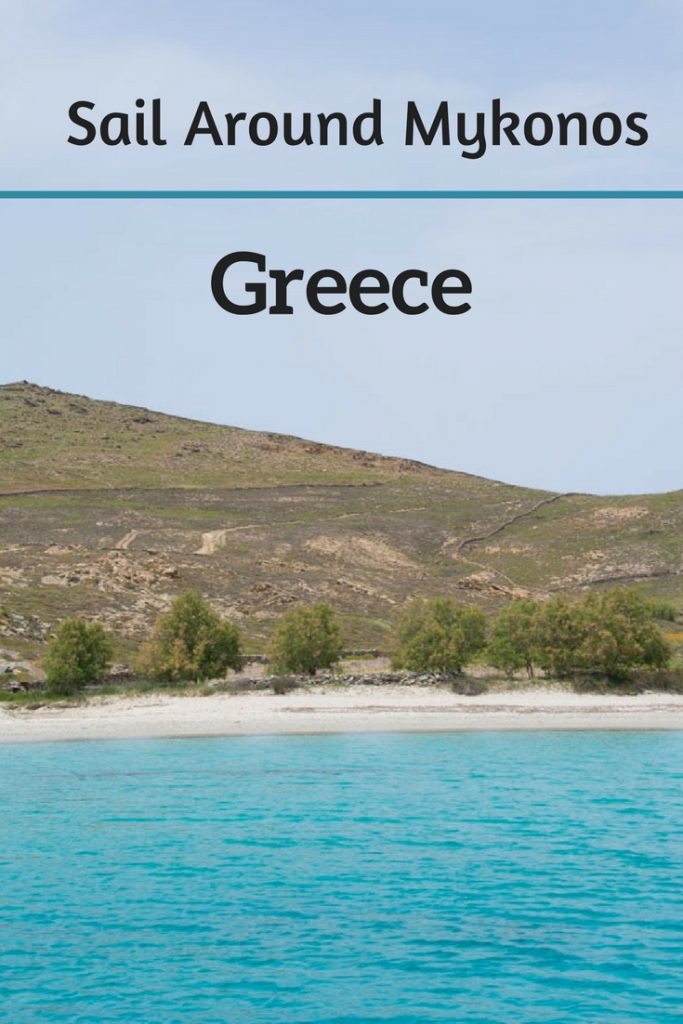