Best Things to Do on Aegina Island

Check out the best things to do on Aegina, a charming Saronic island that’s just an hour away from Athens.

Things to Do on Aegina

This beautiful scene is just a one-hour ferry trip away. 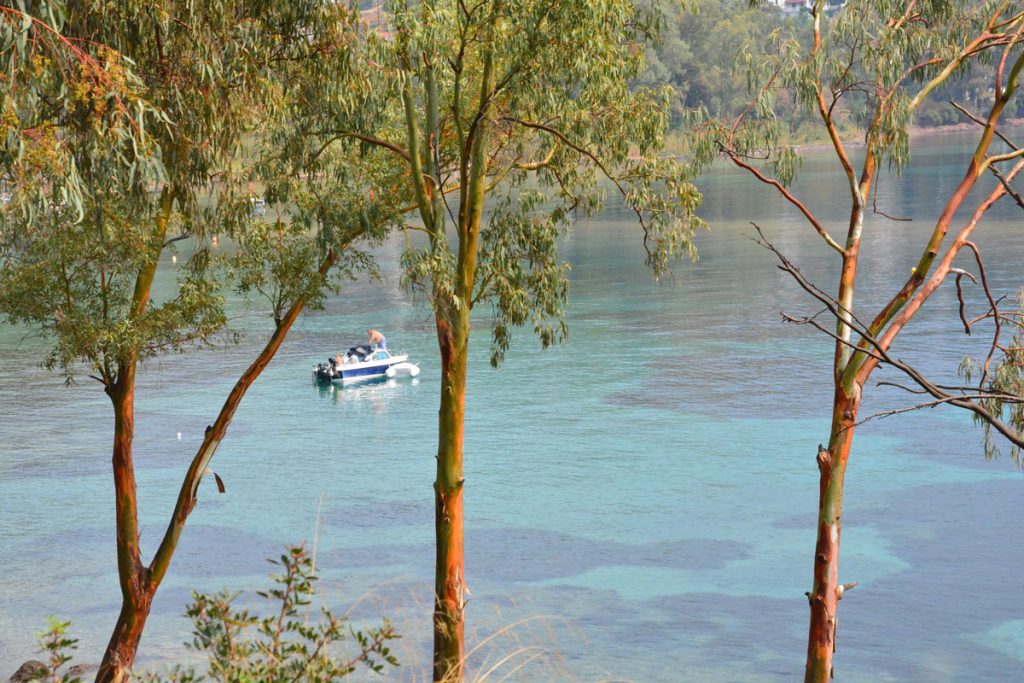 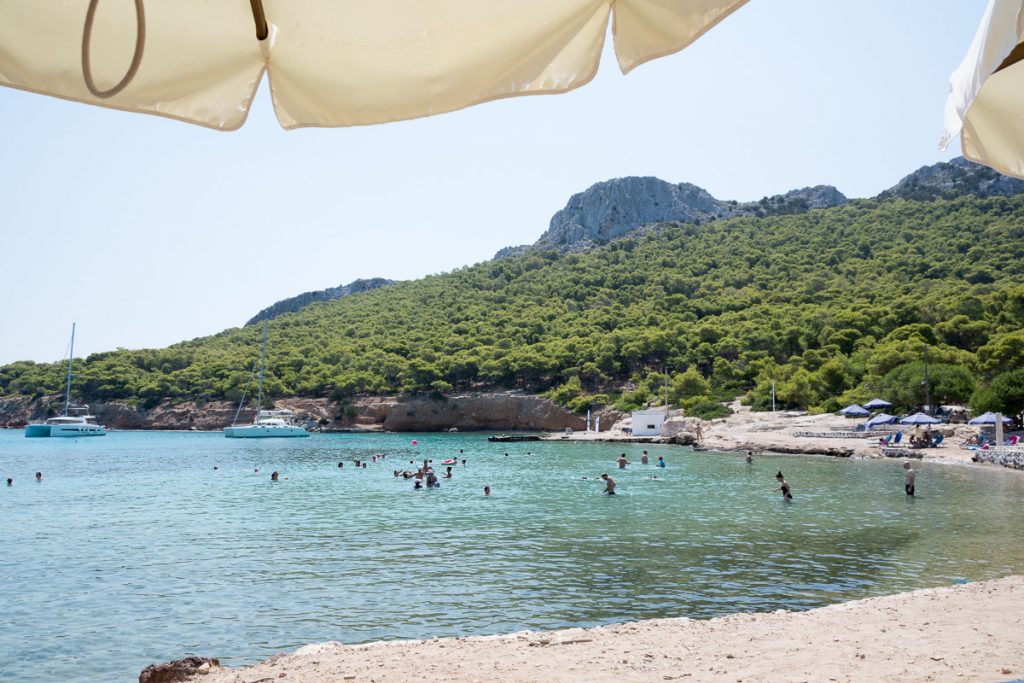 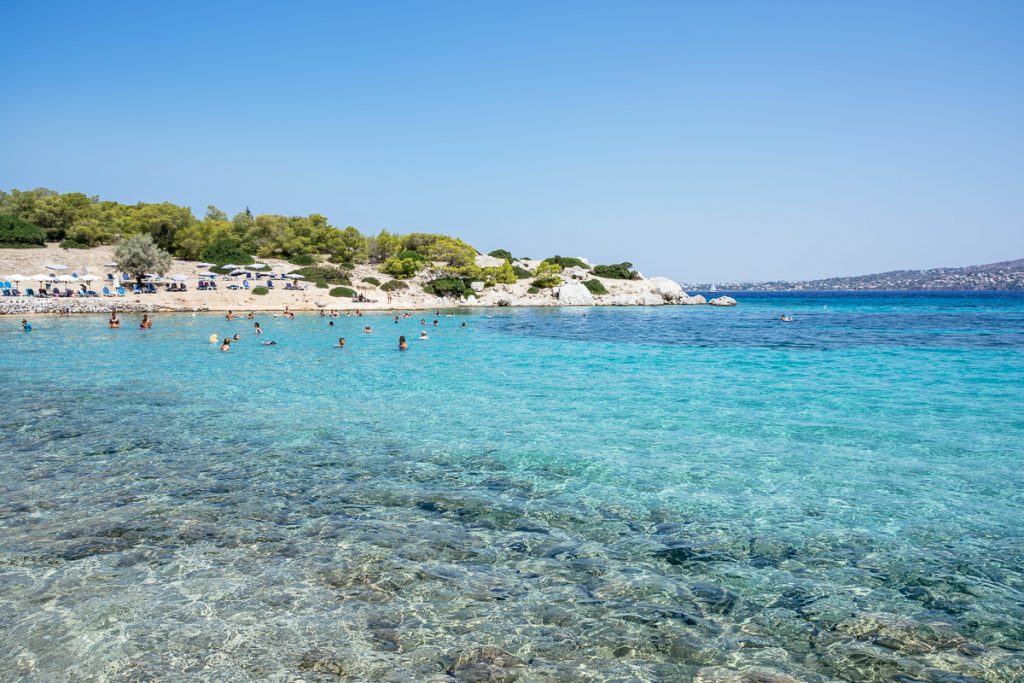 According to Greek mythology, the island’s name derives from the most beautiful of the twenty daughters of the river god named Asopos. There are ancient sites to see, pretty beaches to relax at, historic sights to snap shots of and local specialties to try. For a little island, there are lots of things to do. 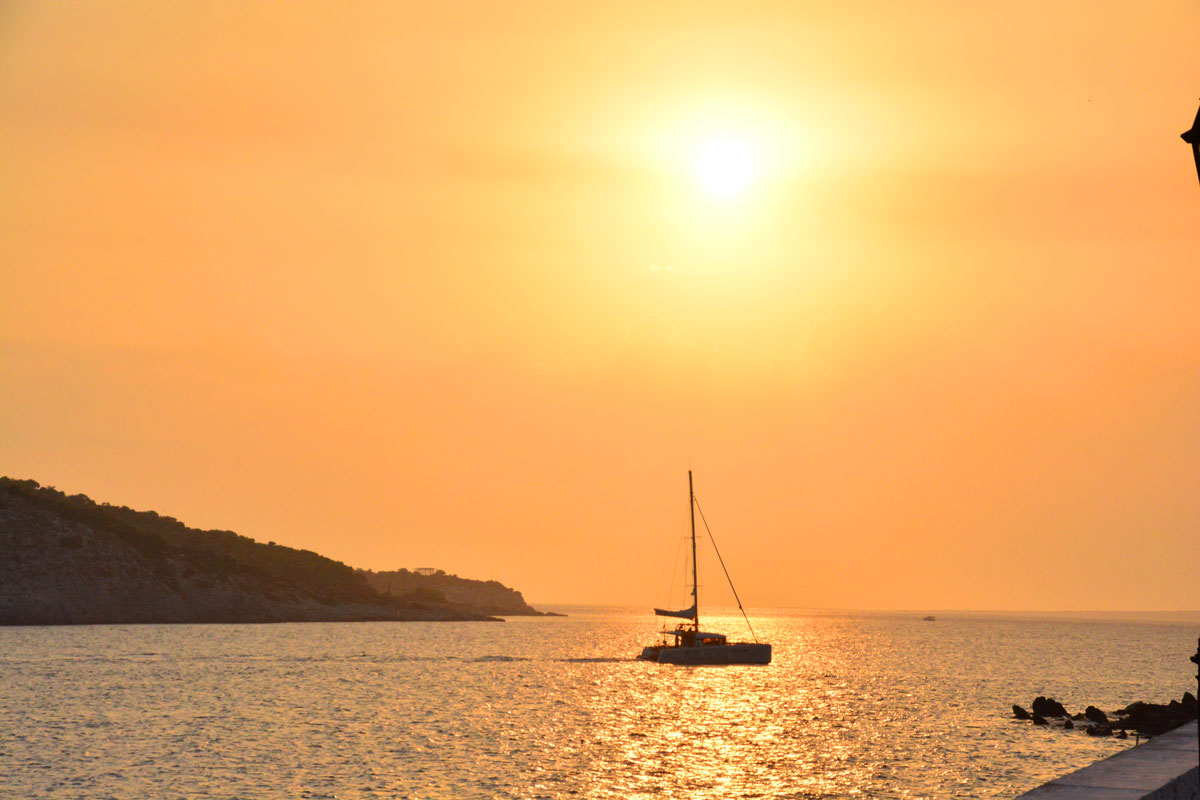 The sunset in Perdika.

If you spend a day or even a weekend here you can fill your time happily by exploring all Aegina has to offer.

Best Things to Do on Aegina

Ferries and boats dock right in Aegina Town, the main town of the island.  While you’re there you can take a short tour in a horse-drawn carriage. 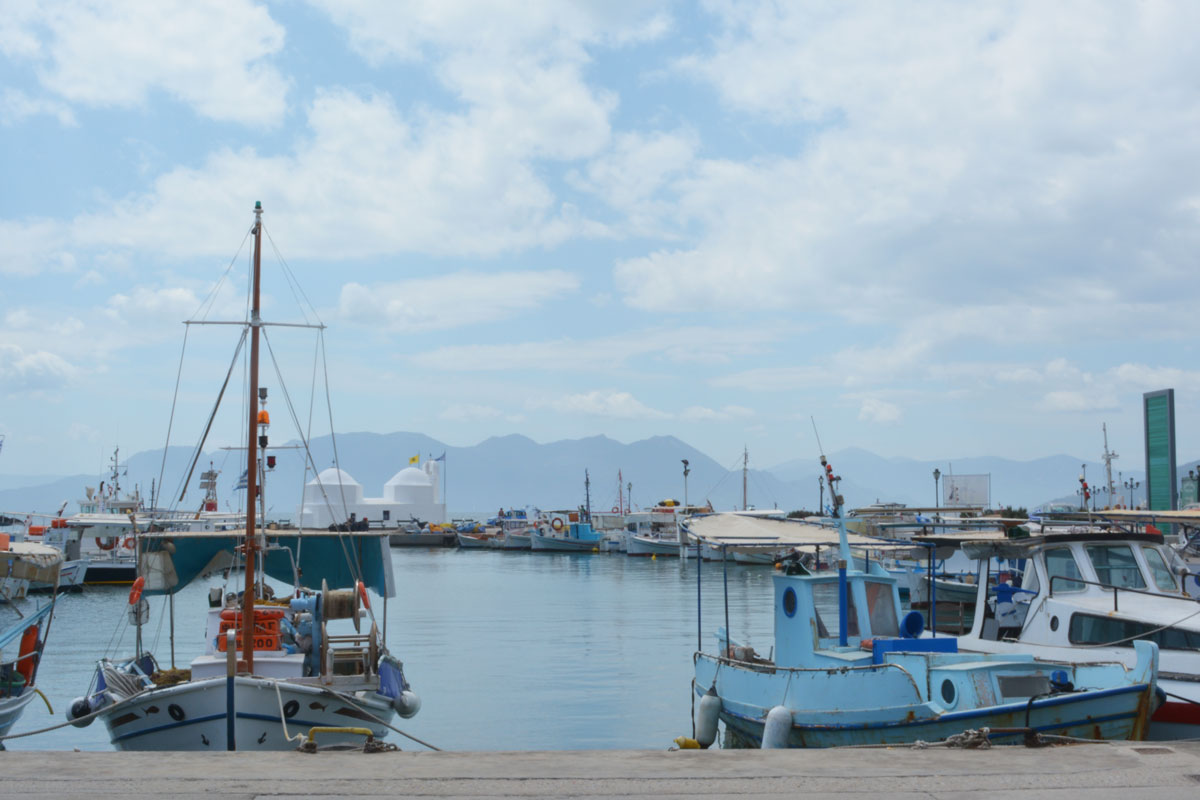 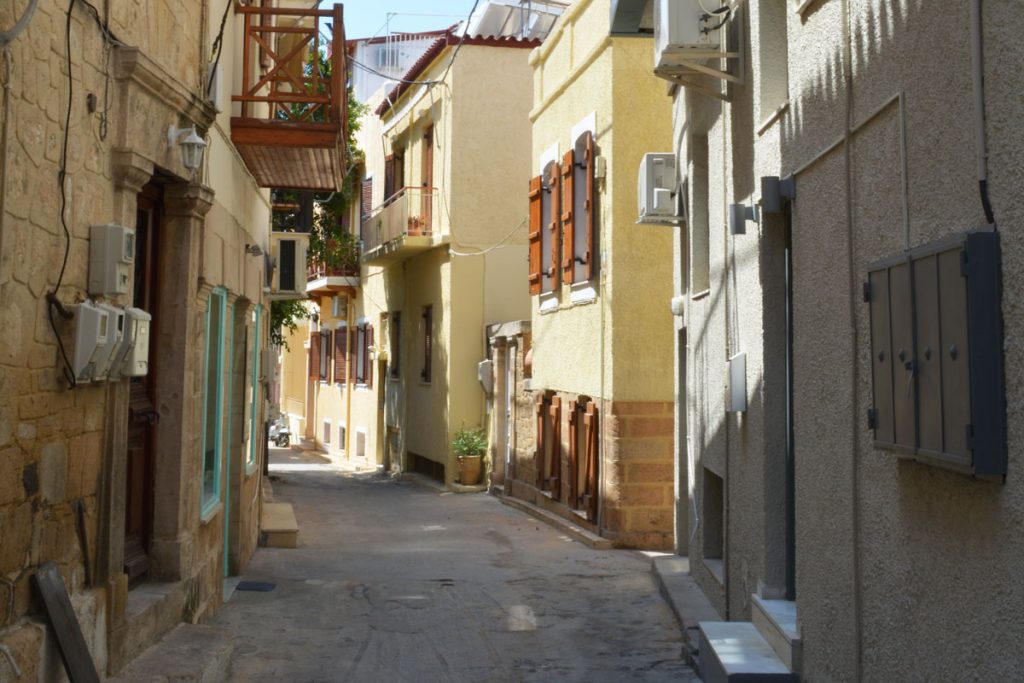 Check out the Tower of Markellos

One of the things to do on Aegina is seek out the salmon pink Tower of Markellos in Aegina Town. It was built in the 17th century as a Venetian fortification and later used as a headquarters during the Greek Revolution of 1821. 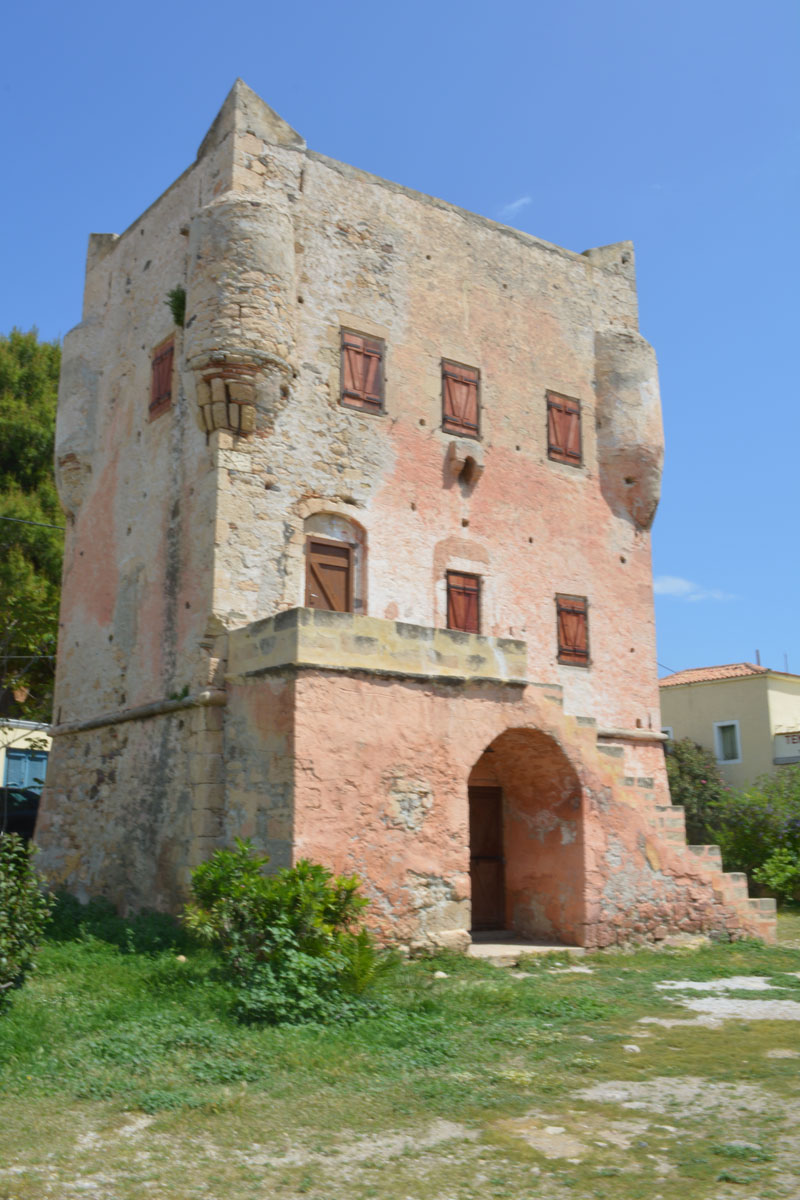 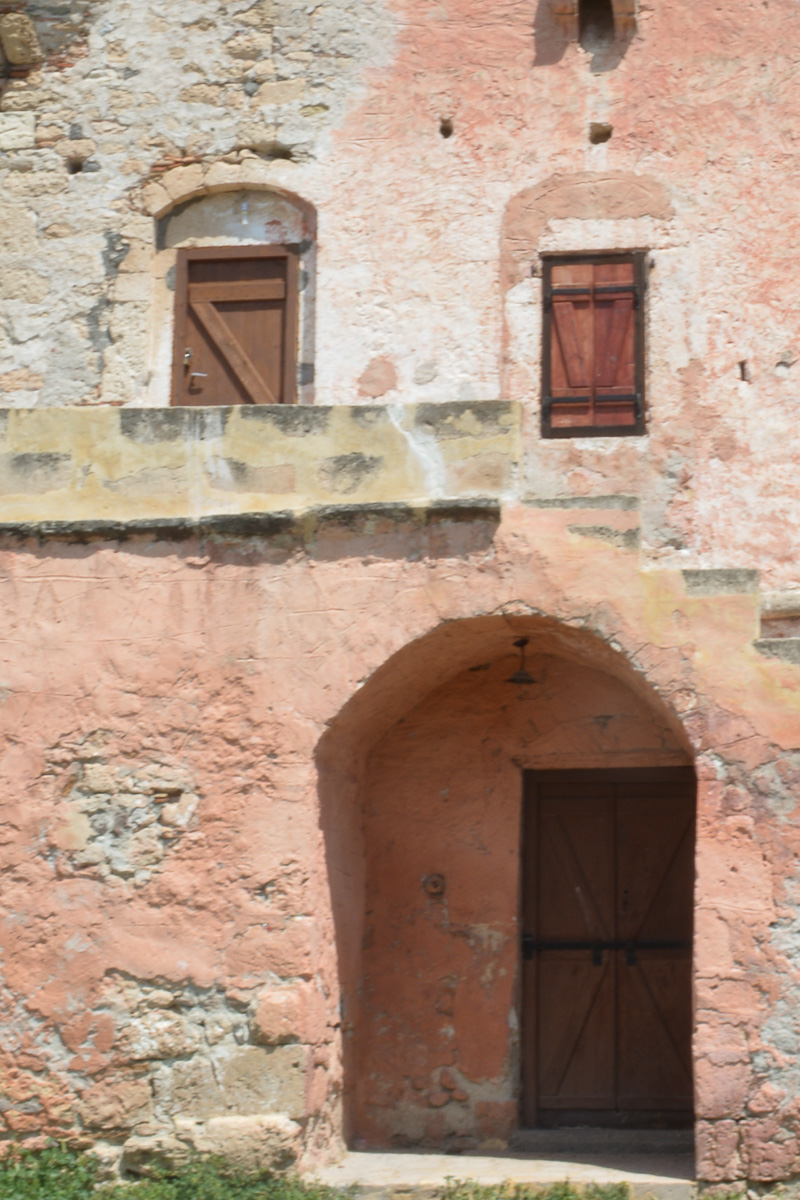 Visit the Archaeological Site of Kolona

Another one of the top things to do on Aegina is visit the archaeological site of Kolona. During ancient times, a fantastic Doric temple dedicated to the god Apollo was built here. A monolithic column that formed part of the temple remains and it was an important reference for Venetian sailors who named the area Colonna. The Archaeological Museum of Aegina can be visited here. 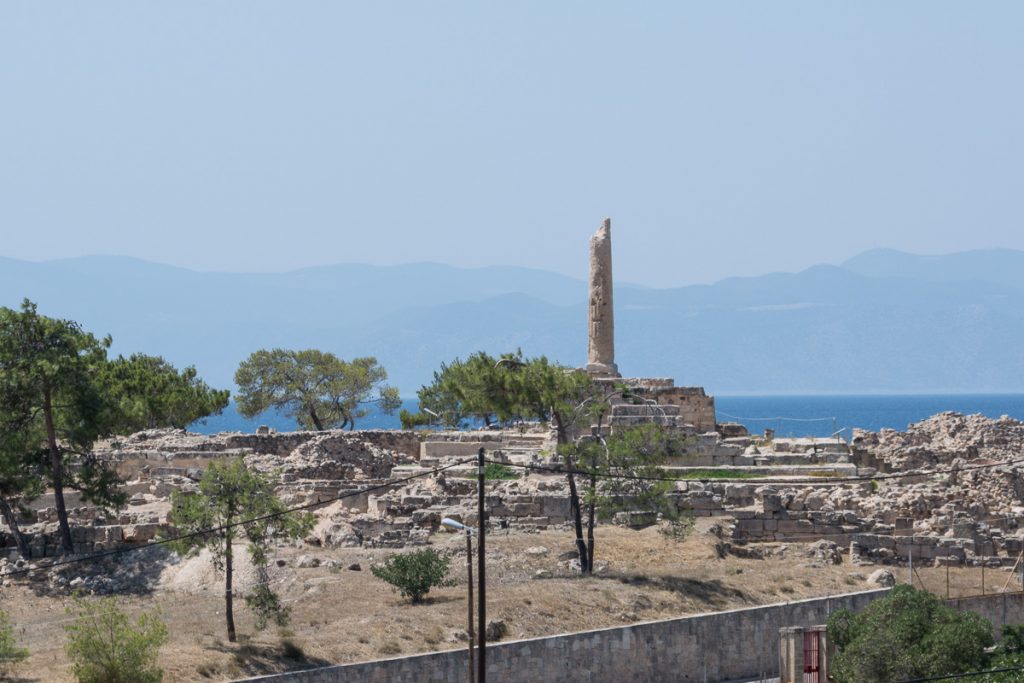 Tip: You can stay at the super hospitable and cozy Rastoni B&B for a great view of this ancient site from your room. 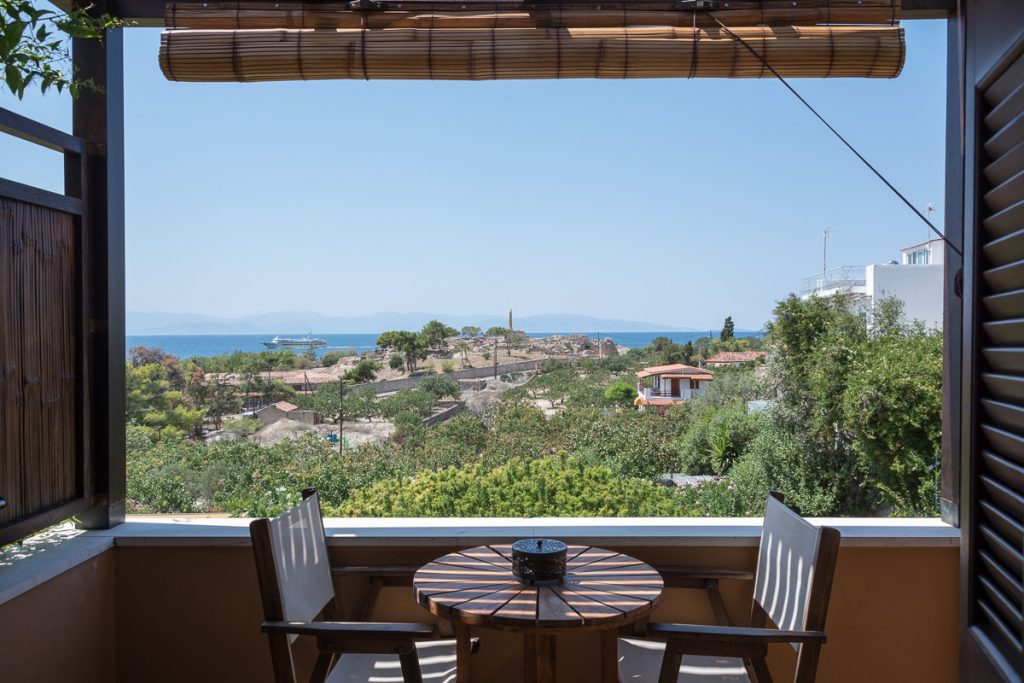 Admire the Temple of Aphaia

Tip: The Archaeological Museum of Aphaia is located right next to the ancient temple. 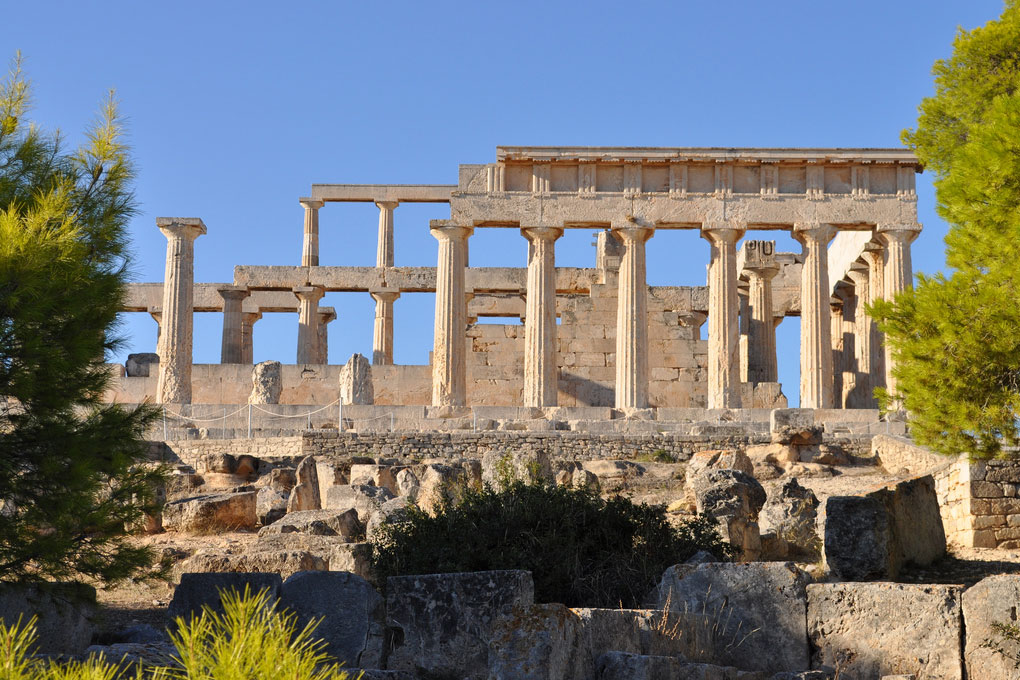 Temple of Aphaia/Photo by Scott McLeod

Paleahora, which means old village, was once the island’s capital. There are dozens of stone chapels left including the twin chapel of Saints George and Demetrius where a medieval fortress once stood. 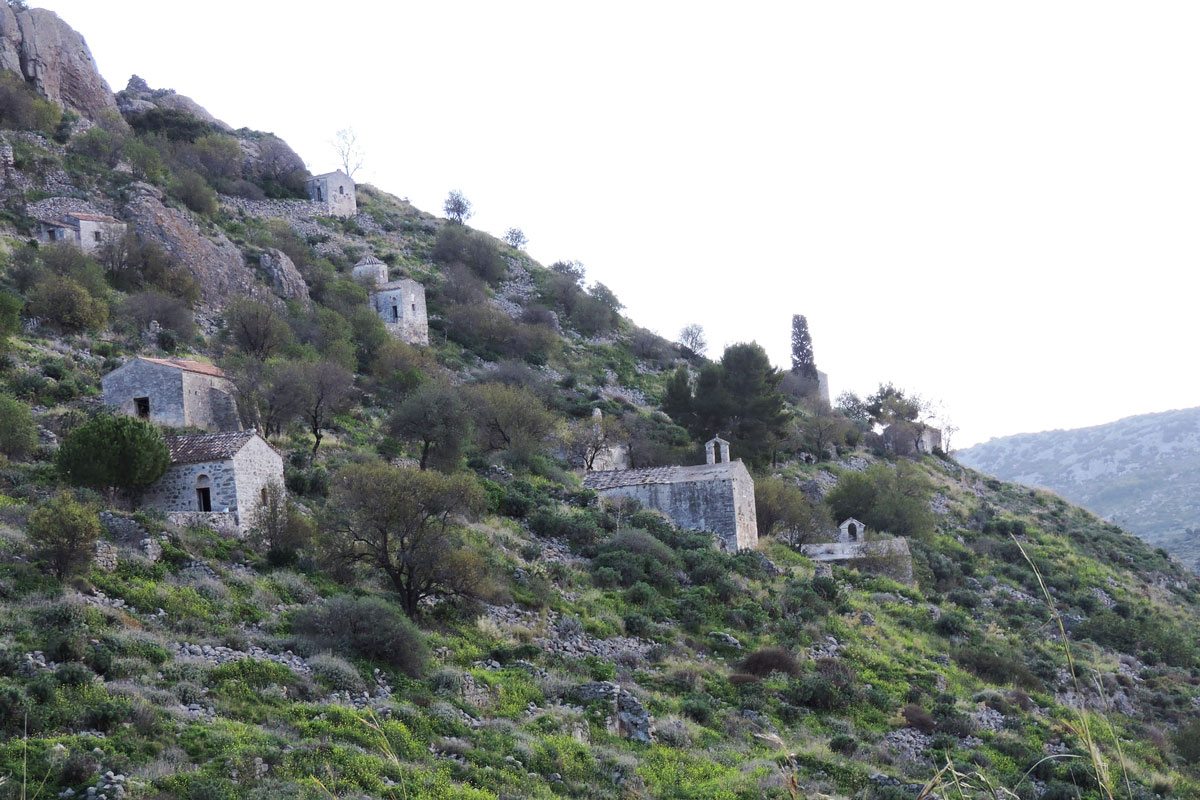 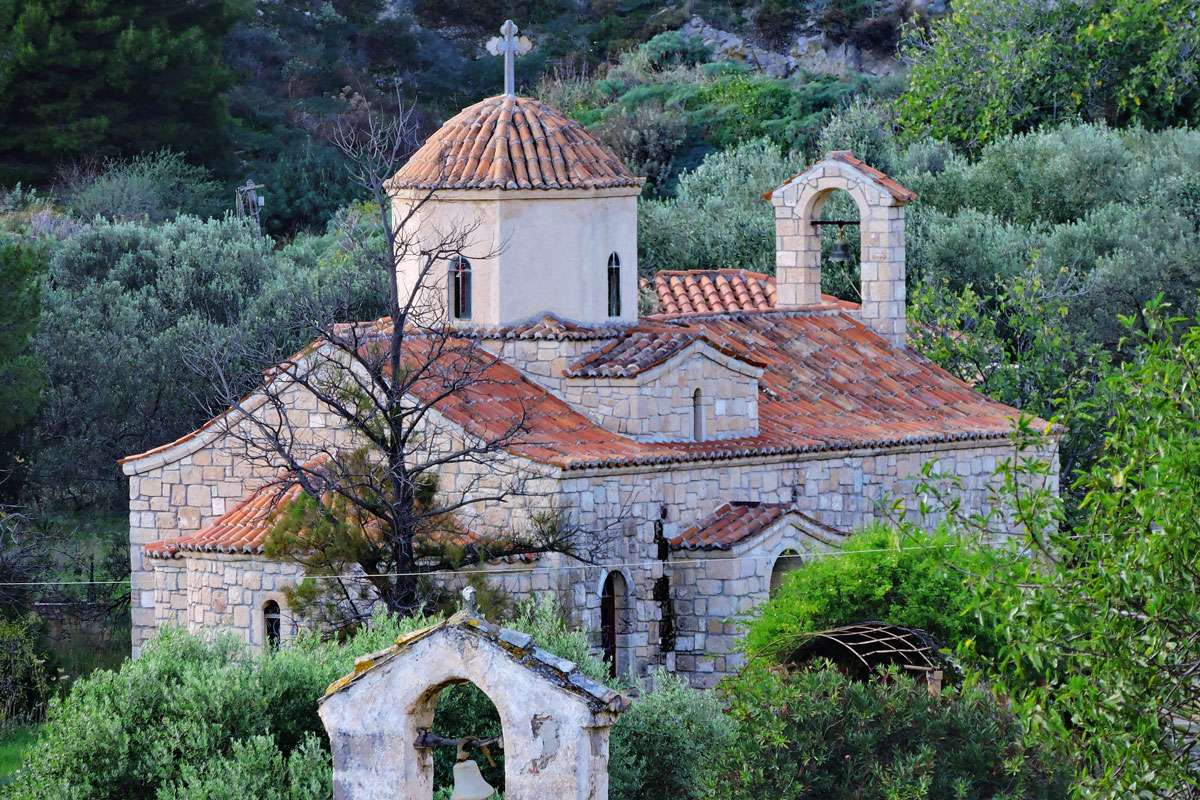 Visit the Monastery of Agios Nektarios

Orthodox pilgrims visit this holy site to honor the first modern saint of Greece. Built in the 20th century, the monastery honors Saint Nectarios who was considered to be a miracle worker. 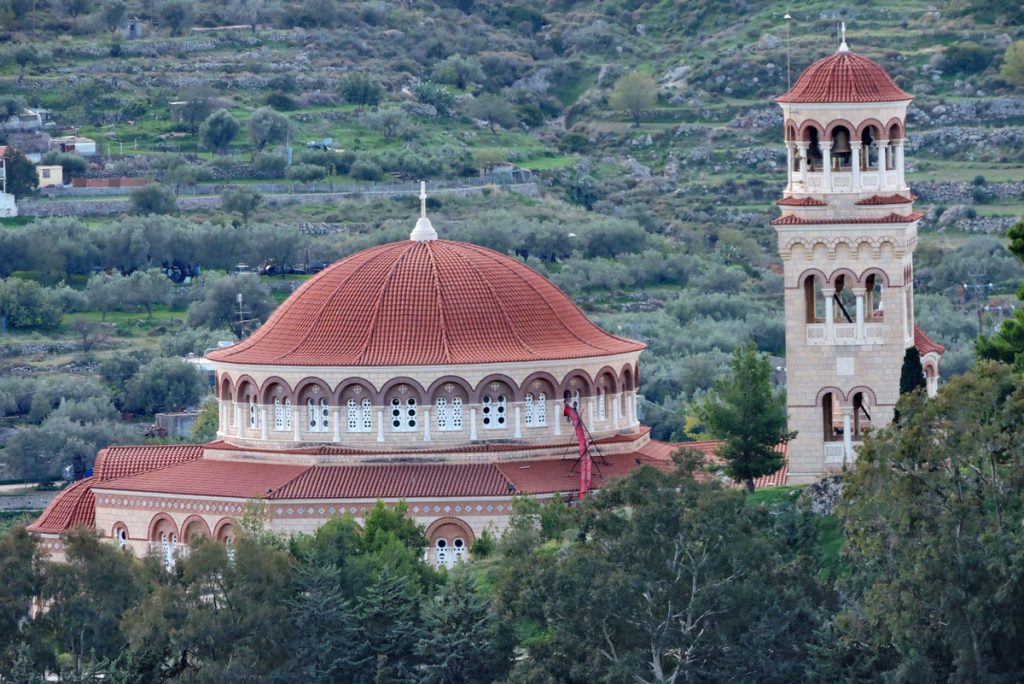 Another one of the top things to do on Aegina island is visit Perdika. Drive or take a short boat ride from Kalamaki to reach the little scenic fishing port of Perdika. One of the best things to do here is dine at a fish taverna meal. 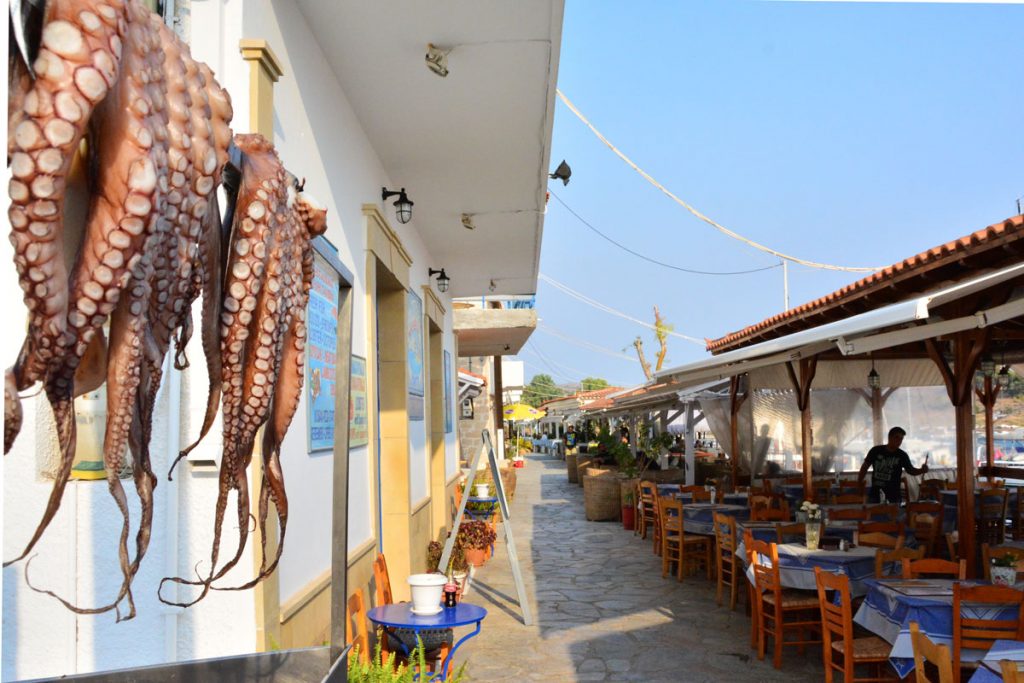 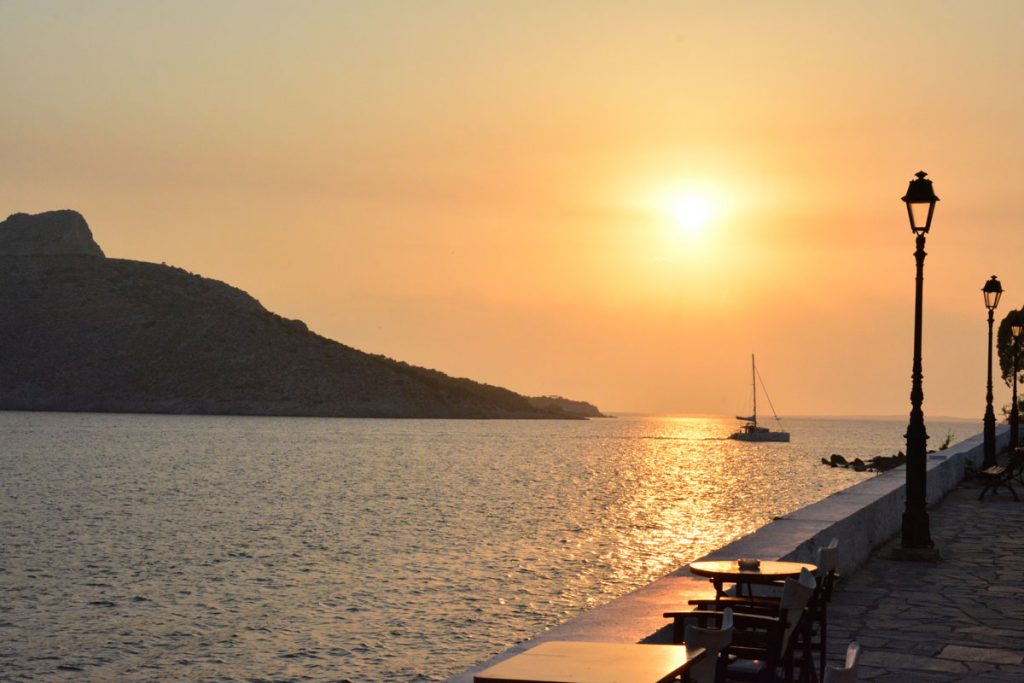 Near Perdika, you can find an uninhabited little isle called Moni (except for a few peacocks and Kri-Kri goats).  The little beach has a sandy bottom, beautiful clear water and there is also a taverna offering refreshments and snacks.

From Perdika you can take a 10-minute water taxi to the uninhabited place which has a pretty little beach and turquoise water.

Ask any local or Aegina fan and they’ll say Sarpa is one of the most – if not the most – beautiful beach on the island. Set on the southwestern coast of Aegina, near Perdika, it features thick sand and pebbles. Another nice beach nearby is Klima Beach. 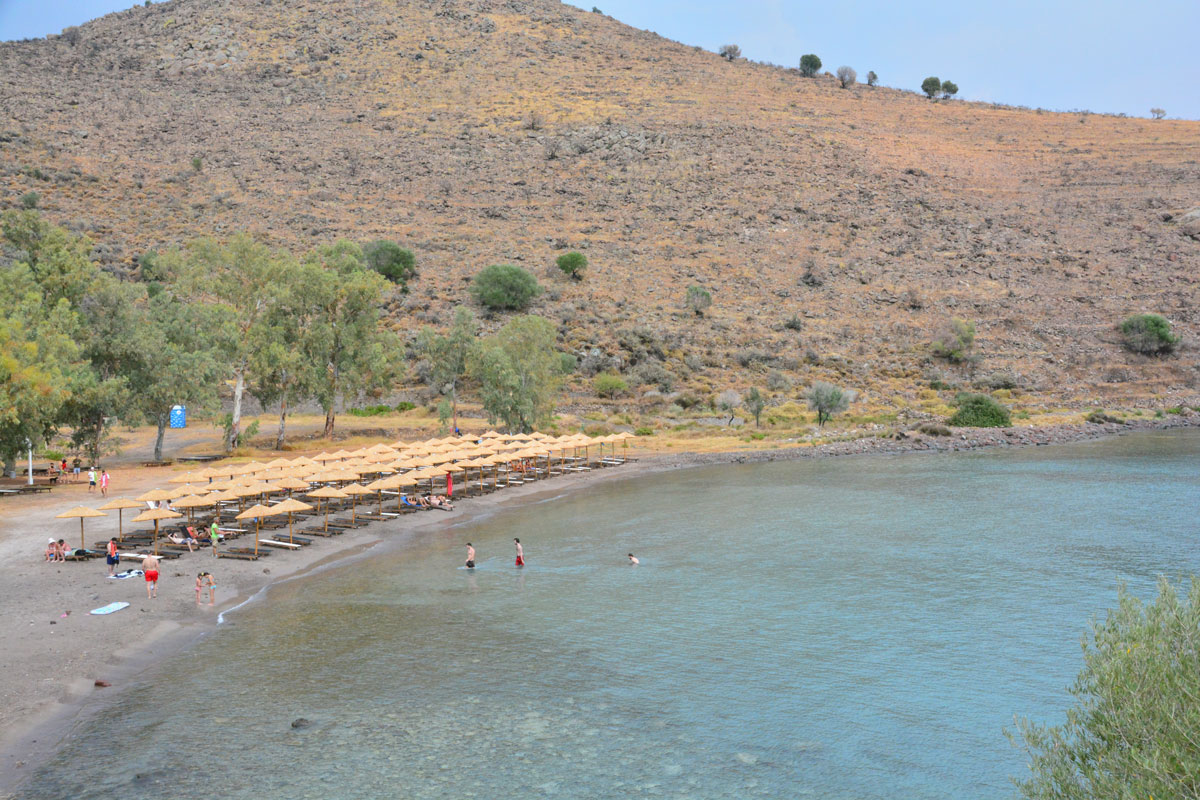 Klima Beach on a cloudy day. 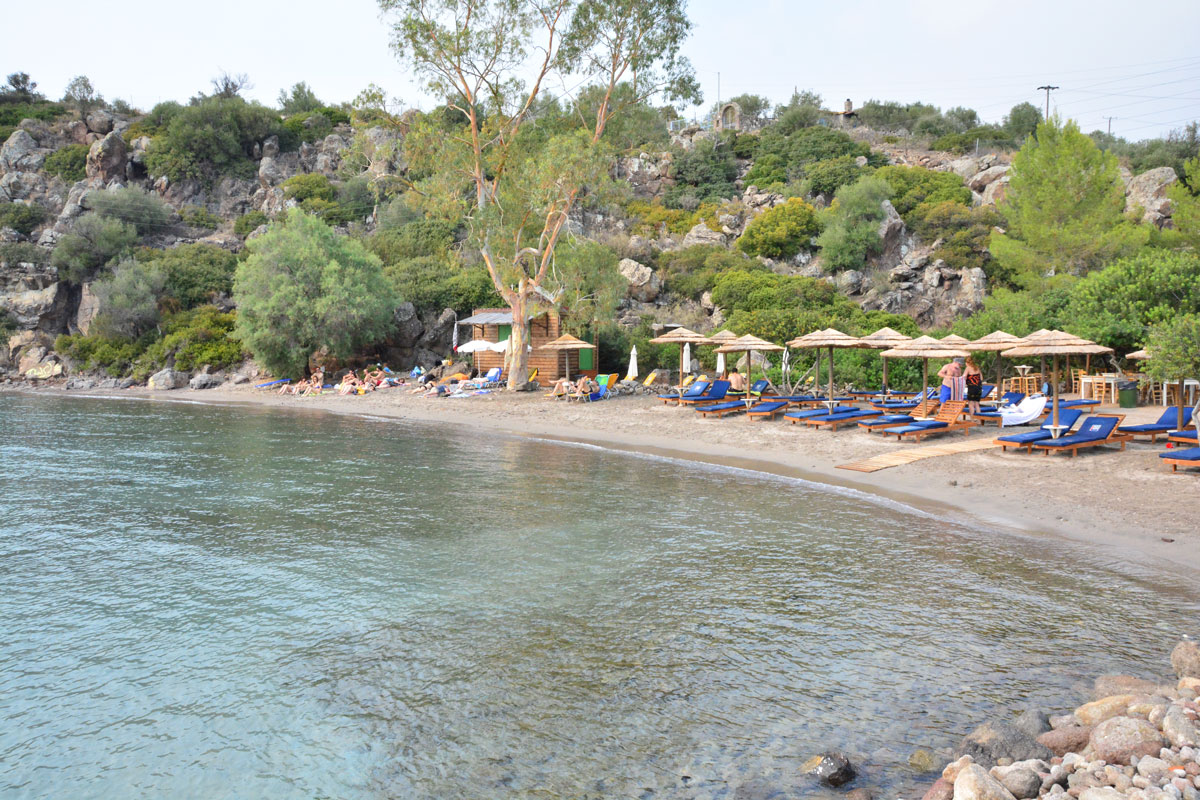 Sarpa is a nice little beach too.

This island is pistachio land. Yes, they are harvested here with passion and they are considered the best in the world. In fact, a festival dedicated to the nut takes place here each year called the Fistiki Fest. If you happen to be around in mid-September, check it out. You can head to Eakion, a local pastry shop, to buy all types of pistachio products. 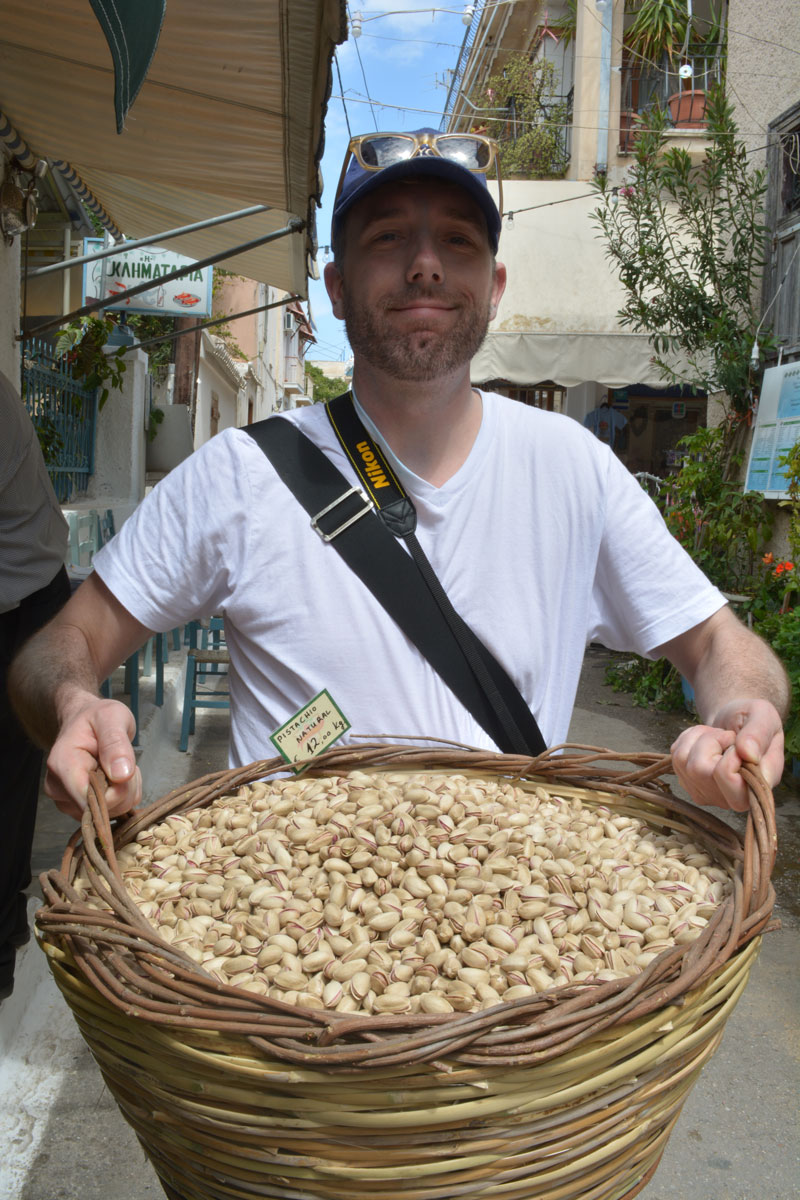 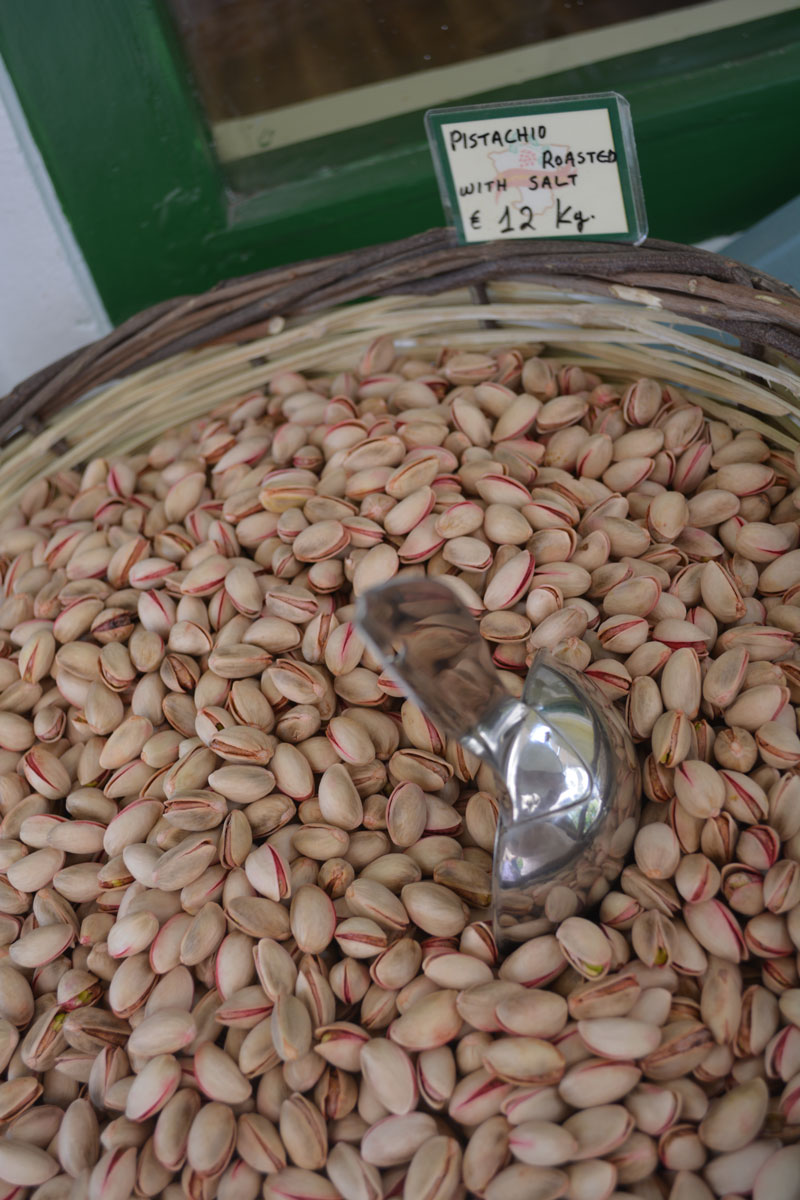 Besides the variety of sweets and snacks possible with pistachios – oh, there are many – you can dine on local seafood. Two to try are the grey mullet (often salted called lykourinos) and katsoula.

The octopus is excellent too! 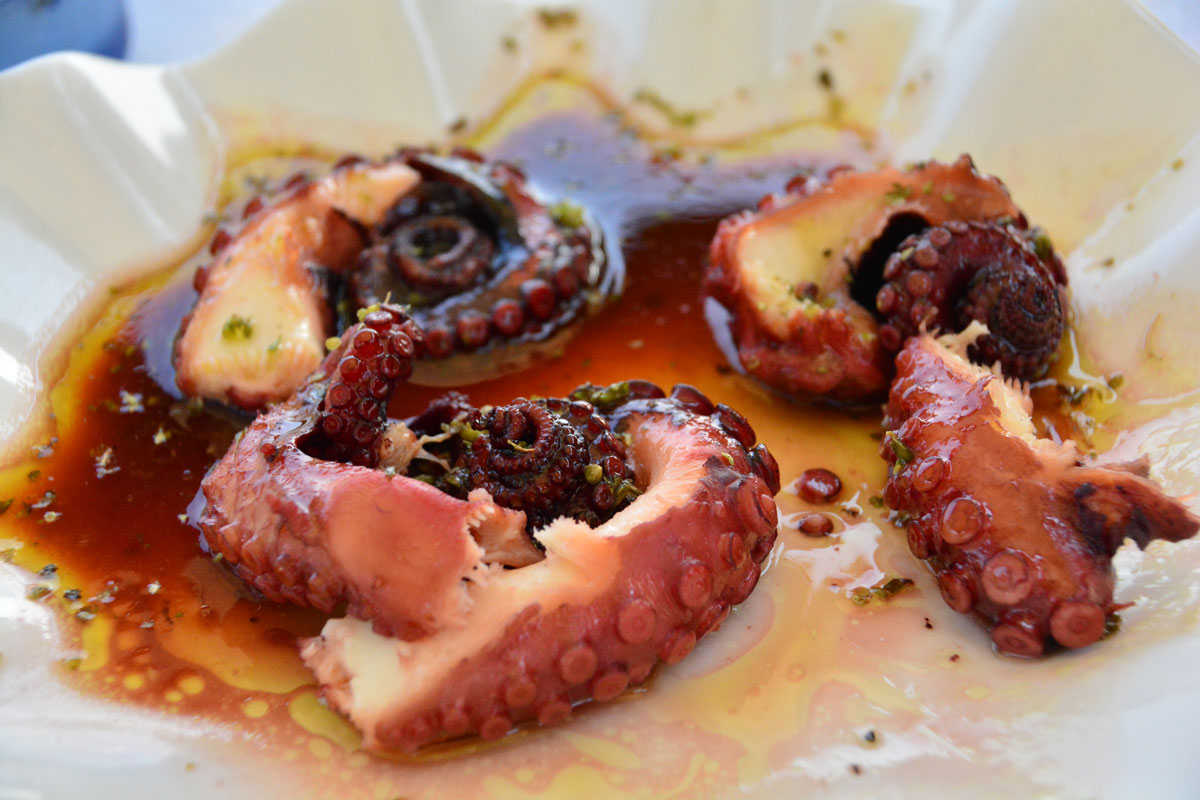 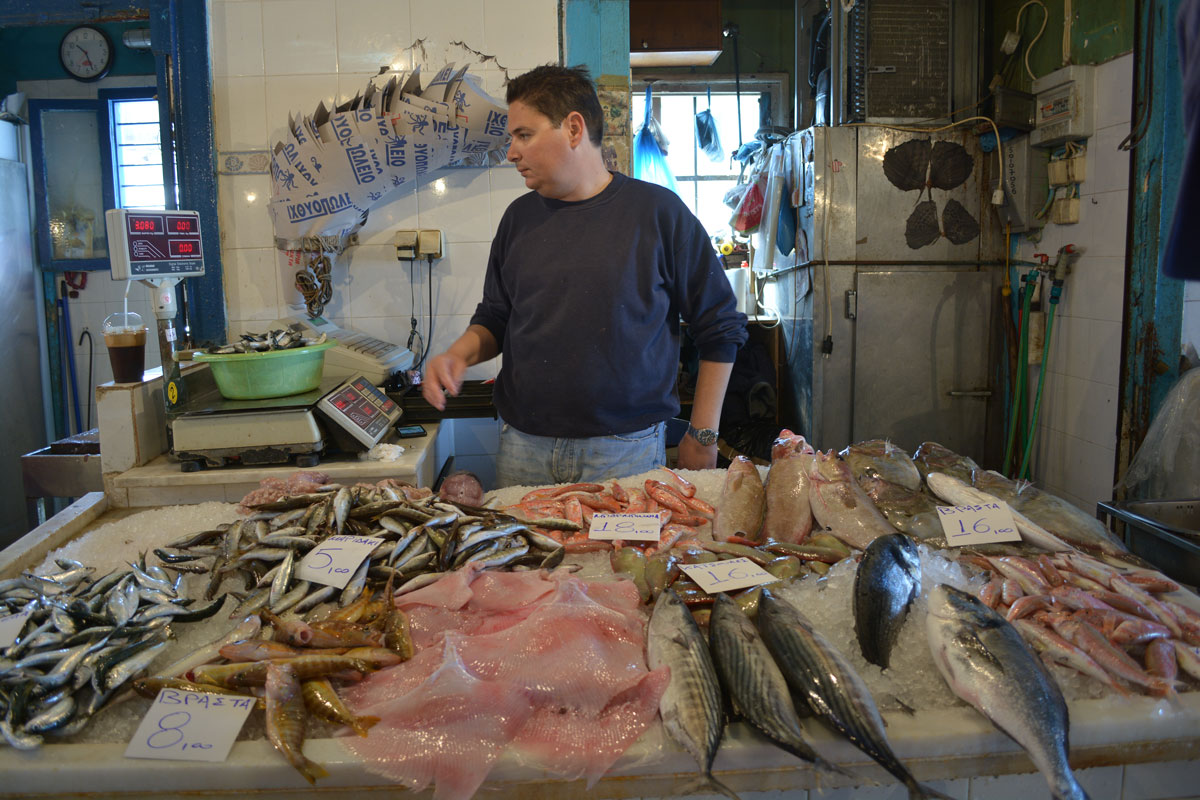 In Aegina Town, behind the main road and near the fish market, you’ll bump into a line of fish taverns. 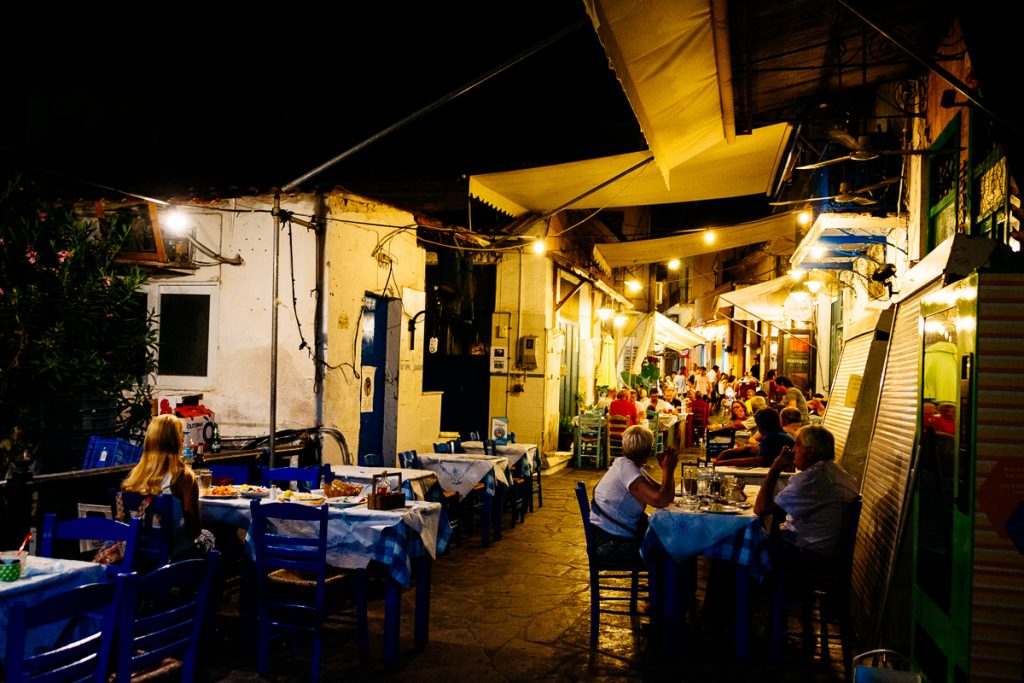 The Christos Kapralos Museum was once the workshop of the famous Greek sculptor and now hosts pieces of his work. Located in the Plakakia district of Aegina Town, it is close to the home of famous Greek author Nikos Kazantzakis. However, Kazantzakis’ home is not open to the public.

The Folklore Museum  of Aegina is located in the center of the Aegina Town. Here, you can find rare manuscripts, maps, traditional costumes, vintage furniture and other cultural artifacts.

How to Get to Aegina from Athens

International travelers can find the best deals on Vayama for flights arriving at Athens International Airport.  From Athens, you can take the metro or a cab to the city’s port of Piraeus.

Ferries depart frequently (almost every hour) from Piraeus to Aegina.  The Flying Dolphin (passengers only) takes 40 minutes and a regular ferry (loads cars and motorcycles) takes around about an hour and 15 minutes. You can check ferry schedules here.  Ticket prices depend on the type of boat, from 8 to 14 euro/one way.

Where to Stay on Aegina

This lovely little hotel is just a few minutes’ walk from where the ferry docks. Expect hospitable service, comfortable clean rooms and a beautiful garden. Click here to check the best prices and availability for the Rastoni.

How to Get Around Aegina

It’s not necessary to rent a car on Aegina or bring one. You can get around by foot. If you want to go to certain towns or beaches, you can hire a taxi at the port. You can also rent a scooter for a day when you arrive in Aegina Town.

There are several island day trips you can take from Athens. Check out my earlier posts about Salamina and Spetses.

That sums up my best things to do on Aegina island. Have you been? Would you add anything else to this list? 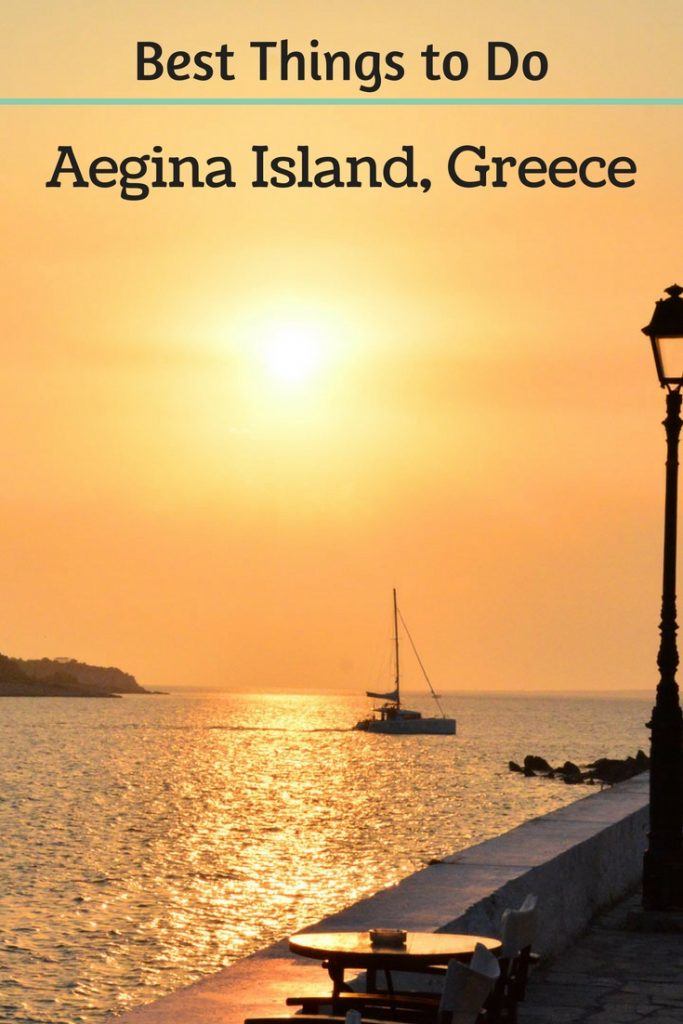 Tags: things to do on Aegina island