10 Things I Learned in Stockholm in 7 Days

Traveling around Stockholm, I learned I could hike rooftops, island hop and easily get lost in a crowd of tall, blonde beauties.  Here’s more on what I uncovered exploring the Swedish capital.

One Week in Stockholm, Sweden

Growing up in New York, I didn’t have any Swedish friends, so I never learned much about Swedish culture.  I was familiar with some things Swedish, like the Volvo — safest car in the world. Then there were the memories of  Swedish Chef on PBS. I always enjoyed shopping and eating at IKEA (hello, Swedish meatballs!) and checking out the latest at H&M. 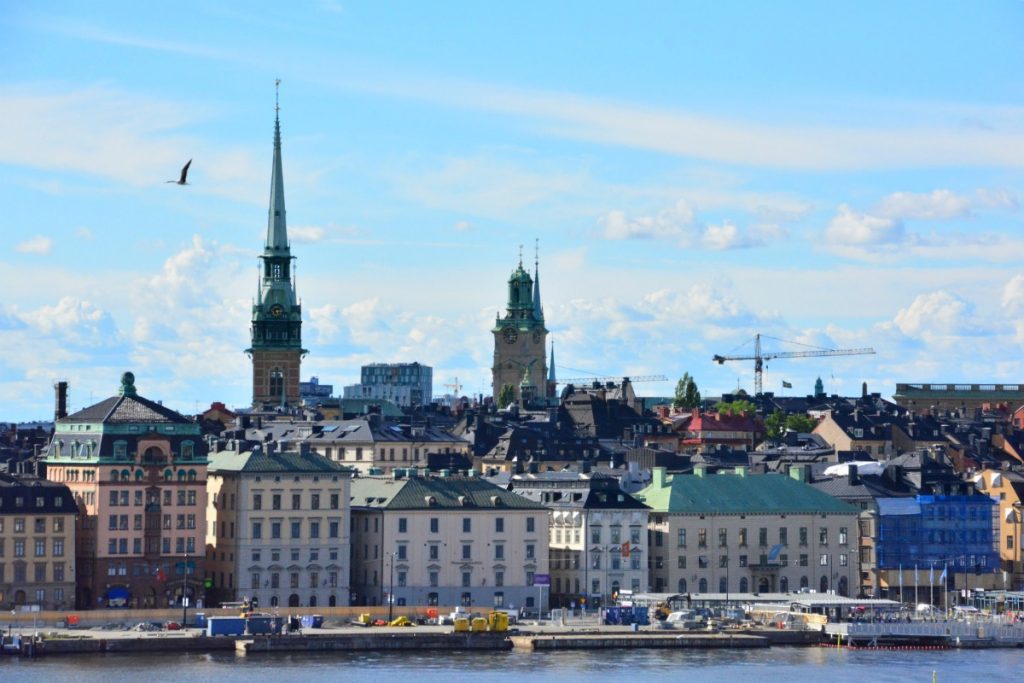 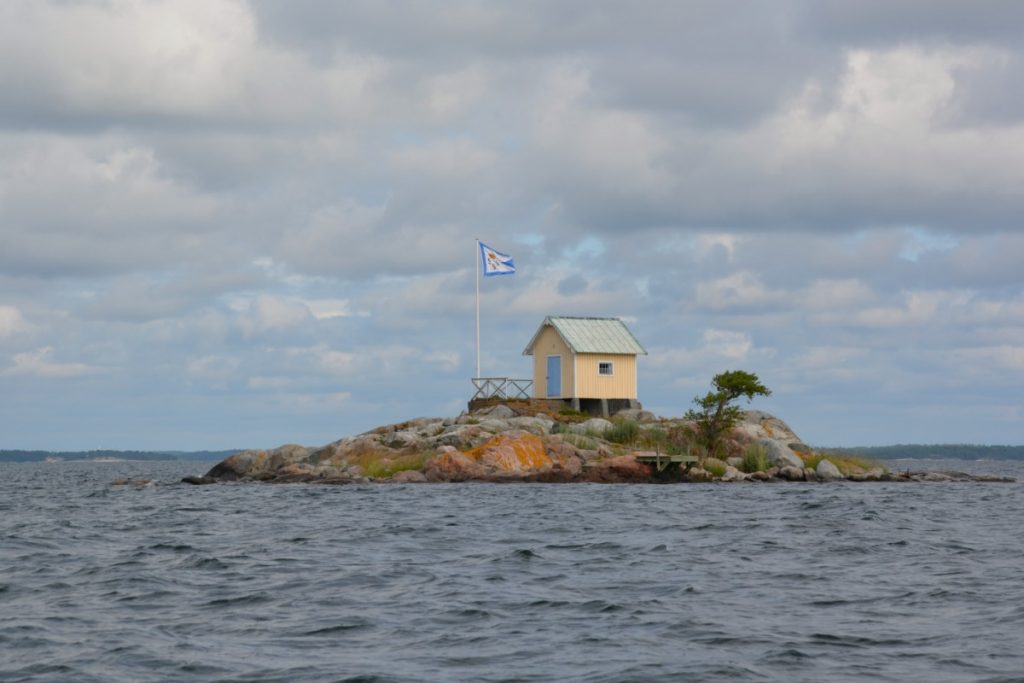 The cutest little house out in the Stockholm archipelago

So, I think my exposure to anything Swedish up until recently had been pretty poor.

As a lover of European travel, I was incredibly excited to go on a week-long trip to the capital of Sweden and experience the culture, food and do a bit of sightseeing.

Here’s a list of fun and beautiful things I learned in Stockholm.

10 Things I Learned in Stockholm in 7 Days

Stockholm is a gateway to a world of a tens of thousands of islands, large rocks and skerries that spread out graciously over the cool Baltic Sea. How did I see so much of it over just two days? Whizzing by at nearly 60 knots per hour with local RIB boat tour guides from Oppet Hav. 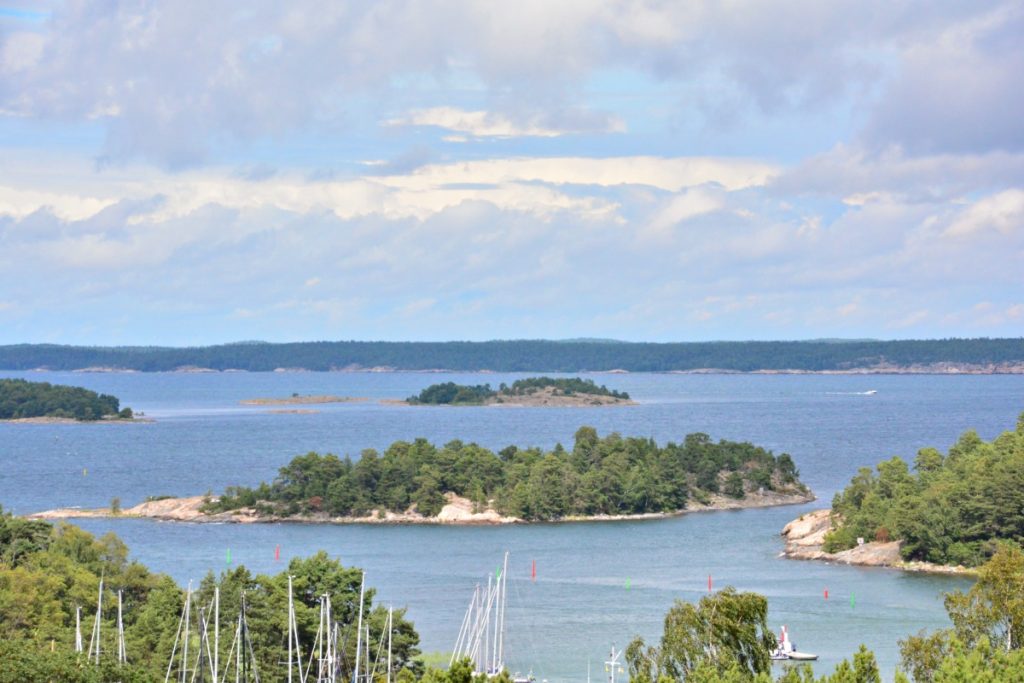 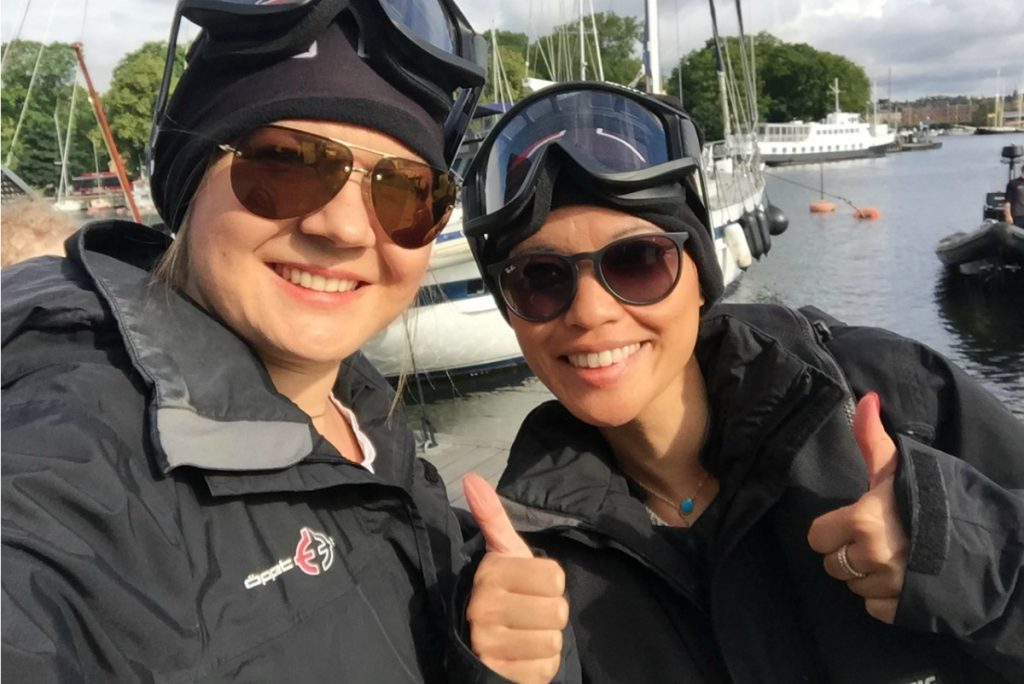 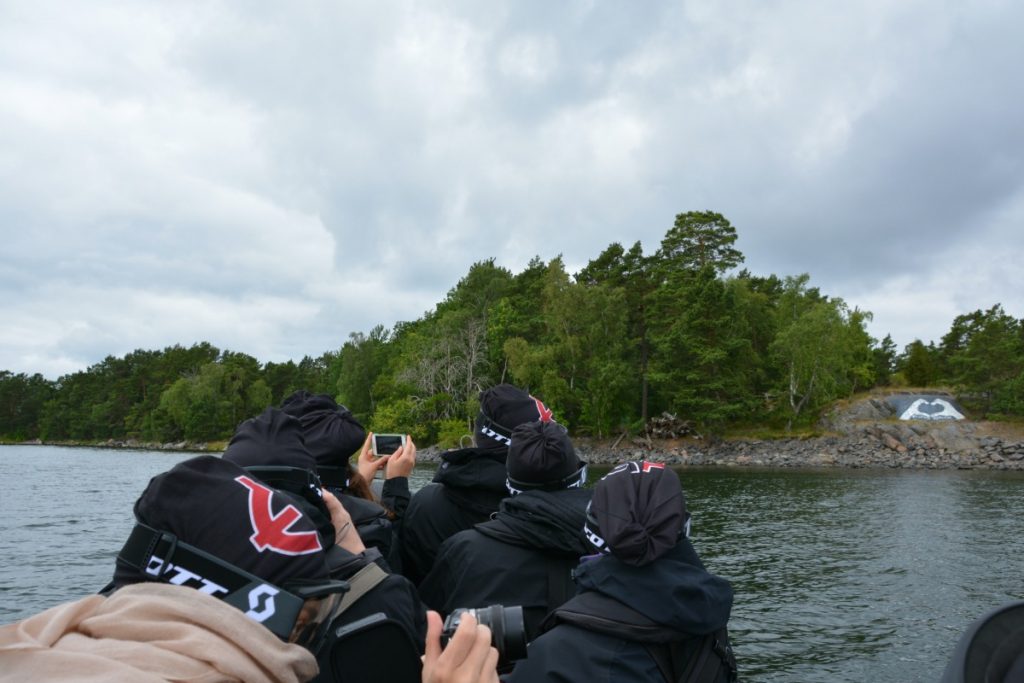 We not only buzzed, bumped and practically flew over the tips of waves as we crossed the sea (cue some happy roller coaster screams here), we stopped to check out some of the inhabited and uninhabited islands.  In the process, I got a taste of the good summer life for Swedes, including an overnight stay on Sandhamn island. A full post on this amazing way to experience the Stockholm archipelago coming soon. 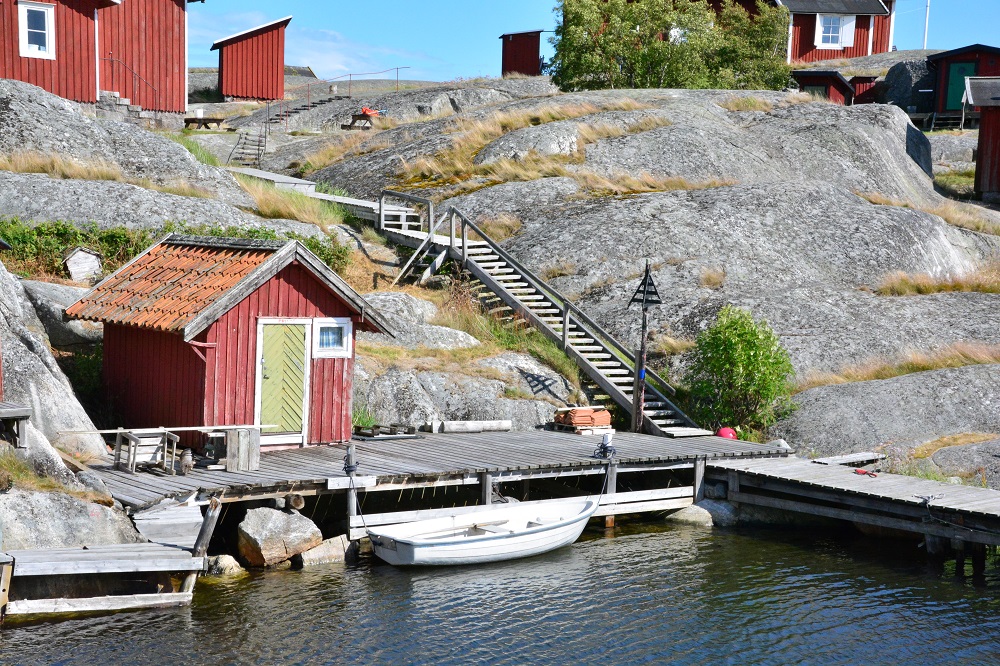 Stockholm has a nice share of Michelin-starred dining experiences, making the Swedish capital a must-try foodie destination in Scandinavia. From there, the culinary scene gets more diverse. Walking the streets of Stockholm is like walking through an open air international food court at times as you take in the aromas of spices from around the globe. 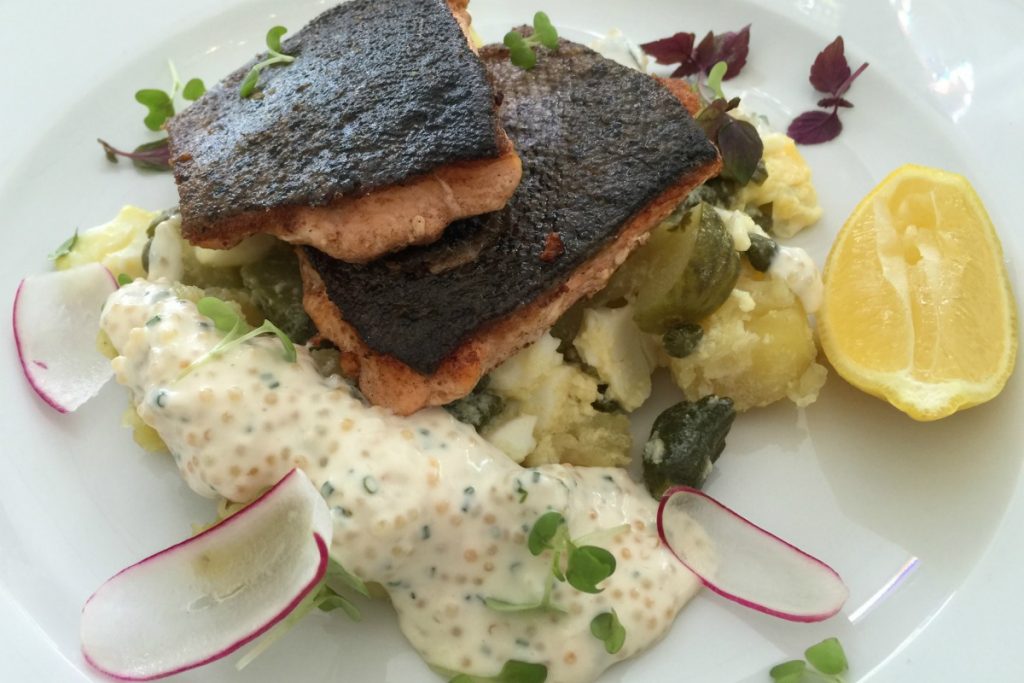 Another thing I learned in Stockholm is that Swedes love foreign food influences and embrace cuisines from around the world; some restaurants add a touch of Norwegian culture while some are completely authentic to their origins.  On a foodie tour with Food Tours Stockholm, locals gave me insight into their view of their culinary world.  By the way, the Swedish meatballs were delicious. 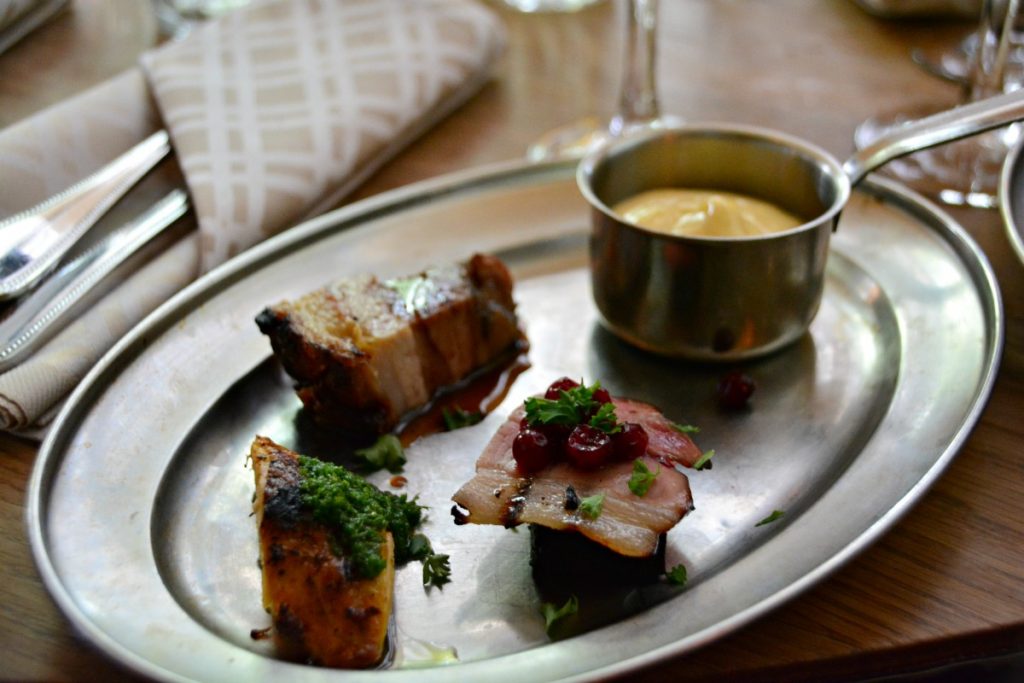 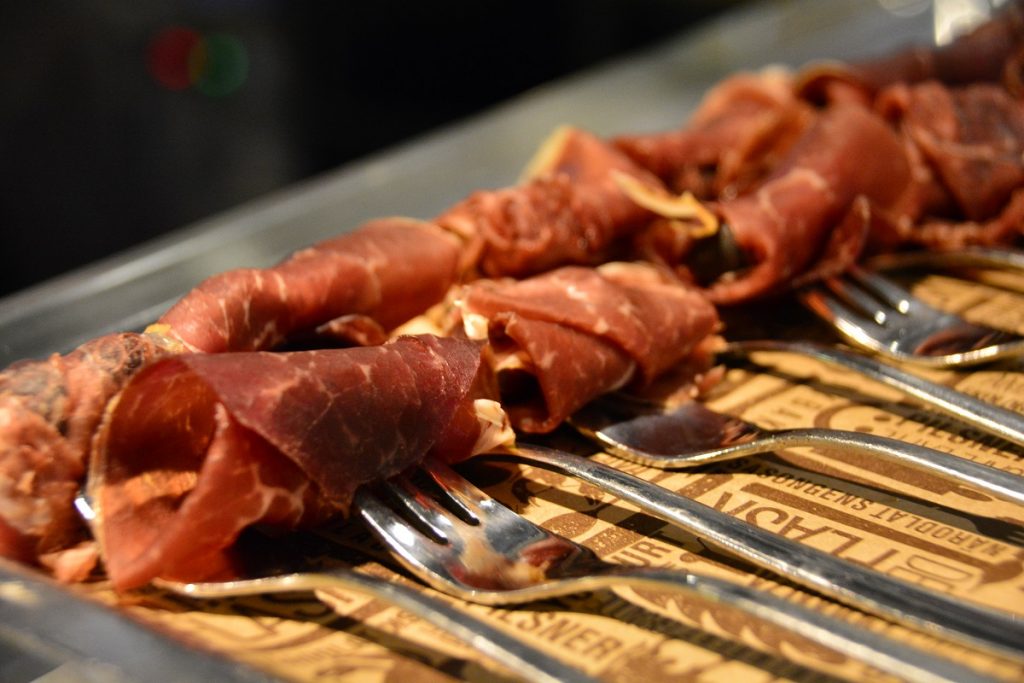 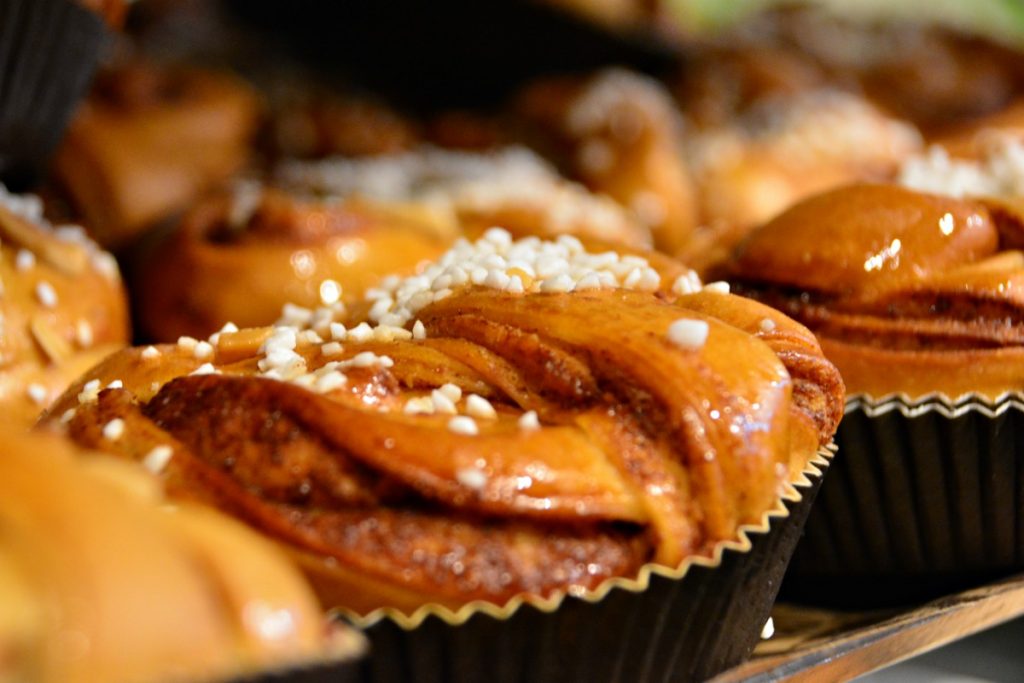 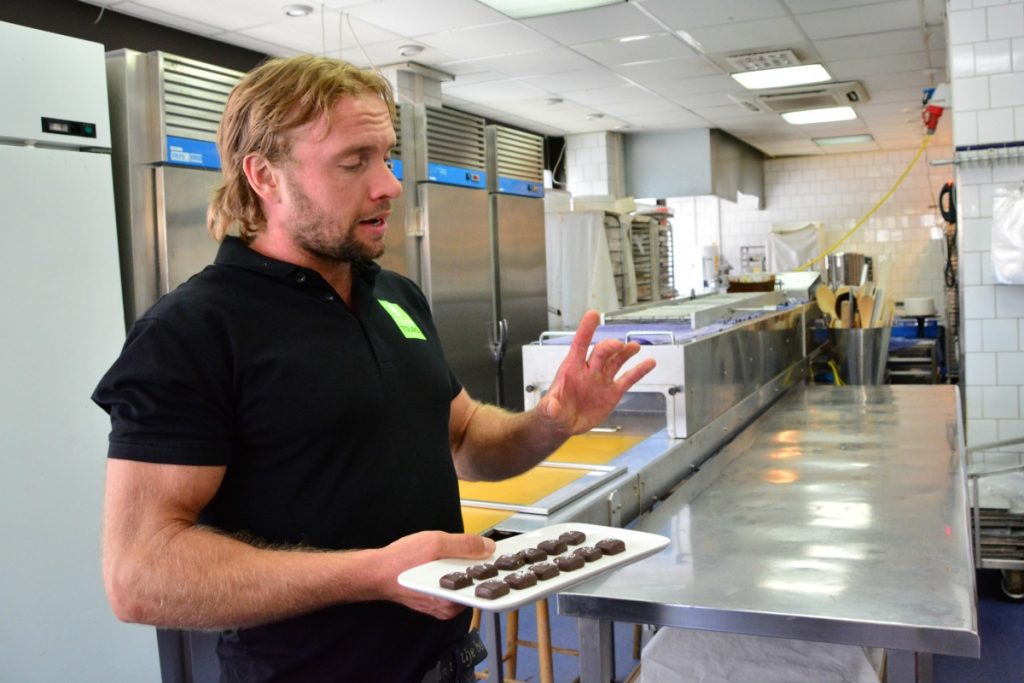 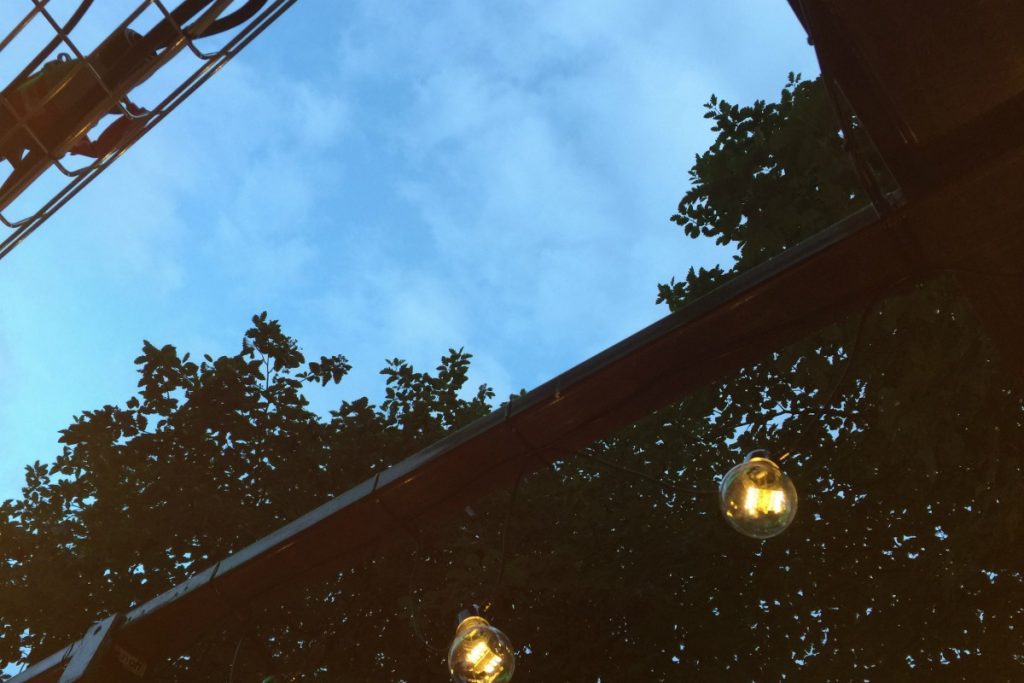 The midnight sun is a natural phenomenon in northern European countries like Sweden.  Until 11 o’clock at night, the sky is still pretty light. It gets darker after that but not black. The sun rises a few hours later. 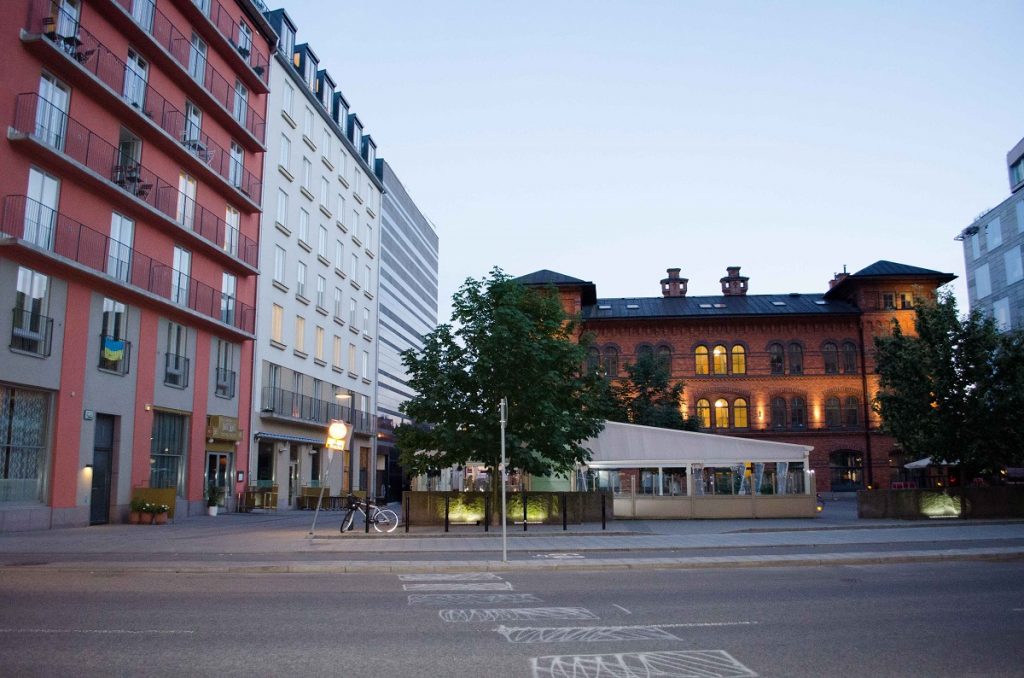 Tip: Here’s a packing tip that I learned in Stockholm. If you love your darkness and will travel during Scandinavia’s white summer nights, bring a sleeping mask. That saved me!

Poking in and out of shops over my week in Stockholm, I found the Swedes to be incredibly creative.  There’s good reason the world admires Scandinavian design’s simplicity, minimalism and functionality.

I also learned in Stockholm that there’s a great shopping scene. I especially loved the artisan boutiques at Sturegallerian. 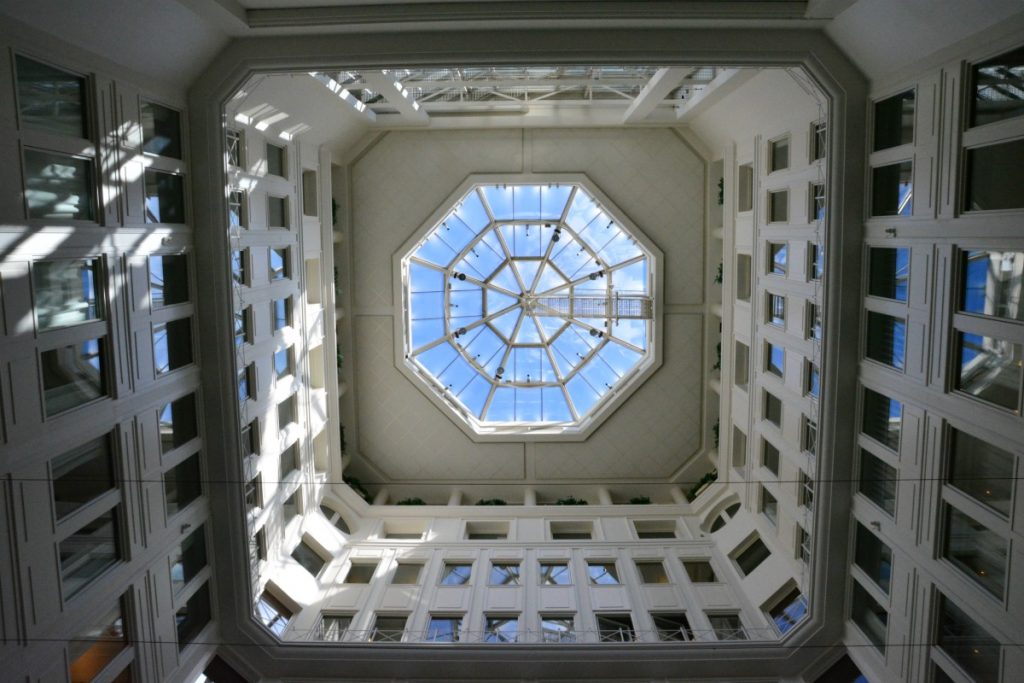 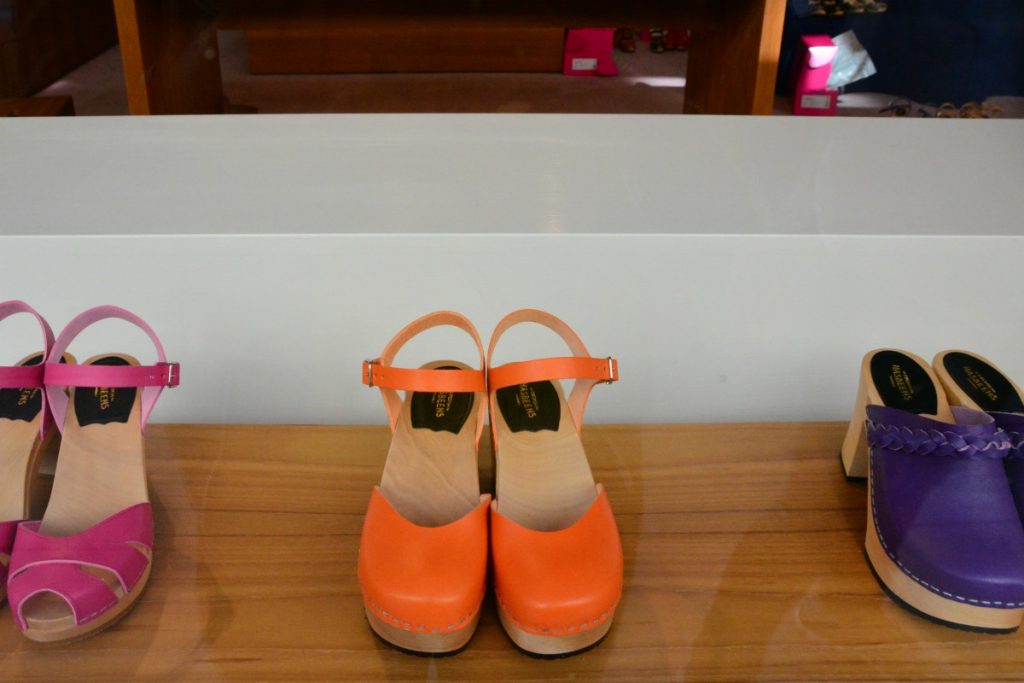 I remember reading about the strong Swedish music revolution in The New Yorker, including one article that opens up detailing the genius of the music streaming app Spotify. Going back to basics, it’s a land of modern music inspiration and talent.

The ABBA Museum features the awesomeness of the famous pop-group ABBA (Mama Mia!), and – in a colorful interactive way – tells a story about the continuing music influences born in Sweden today. Love Swedish House Mafia. I learned that Lykke Li  is Swedish, and so is Avicii. Remember the Cardigans, Ace of Base, Roxette? The list goes on.

All the locals I spoke to told me how much they love it when the sun cloaks their country. 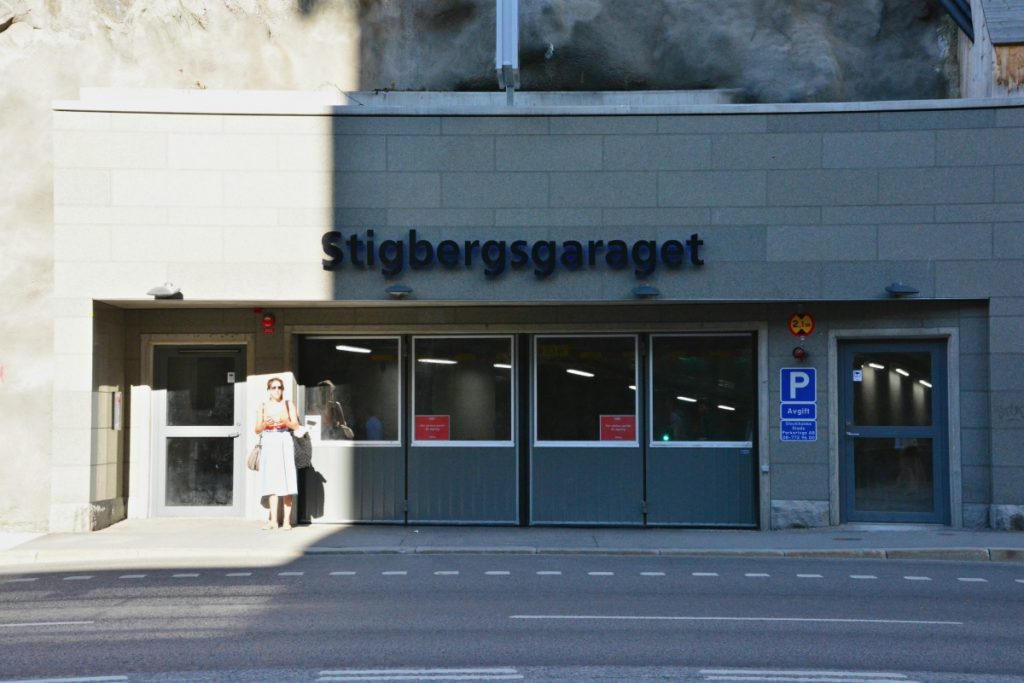 I have to admit, I found it a bit cool. I live in Greece, after all.

As for Swedes, they probably know their time in the sun is limited so they go for it and truly savor it.  I found locals picnicking in the parks, perched on the walls by the waterfront and soaking in the vitamin D anywhere the sun would shine. 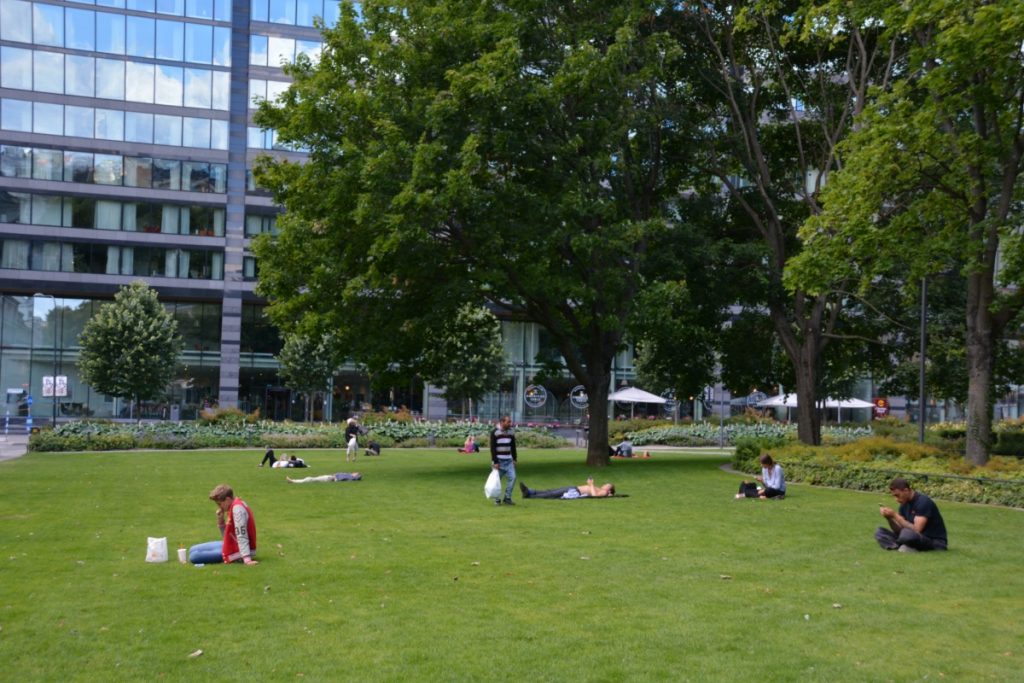 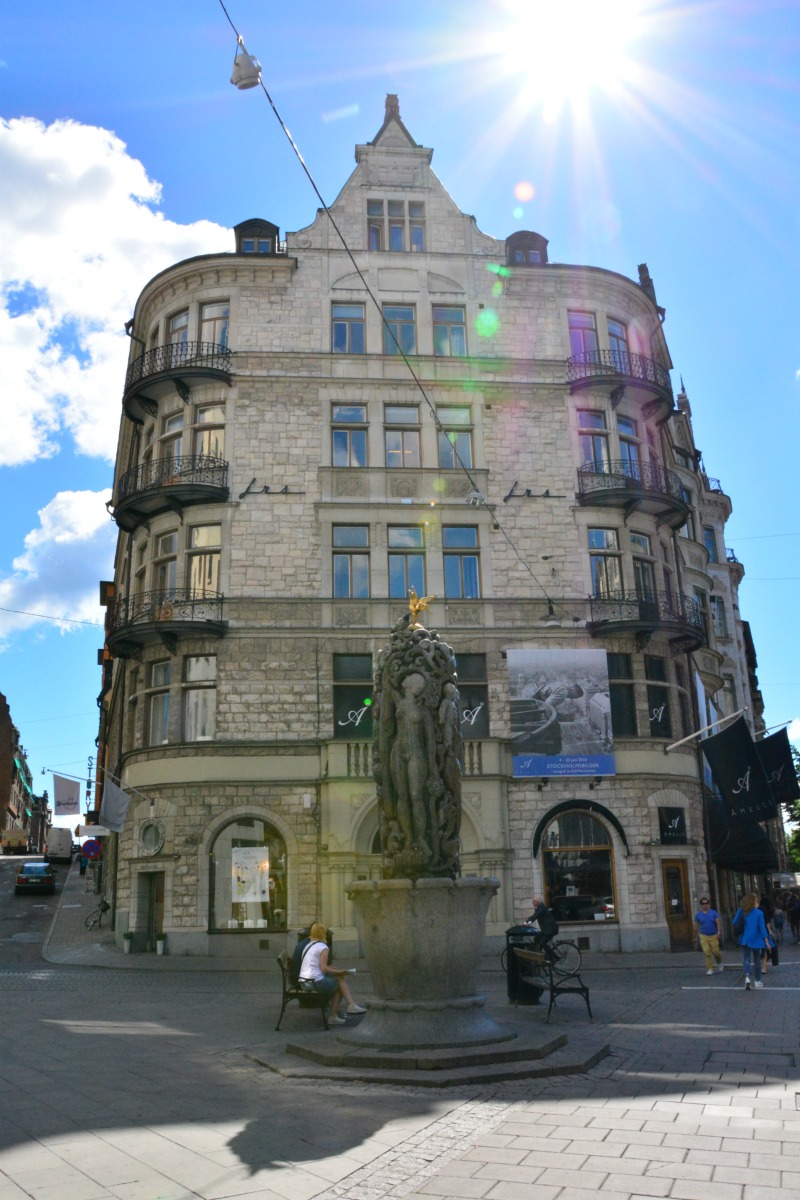 Before I left for my trip, many friends who had traveled to Sweden would tell me how I would encounter beautiful people. Yep. It’s true. It’s a city full of tall, (many) blonde, (many) blue-eyed, beautiful men and women.   I also found the population to be pretty diverse representing many races and mixes of races.

If I’m going to mention Swedish beauty, I must include a photo of the captivating Greta Garbo.   I had the chance to pop into Stockholm’s Fotografiska Museum  which featured a photo exhibition on the iconic Hollywood star’s life. 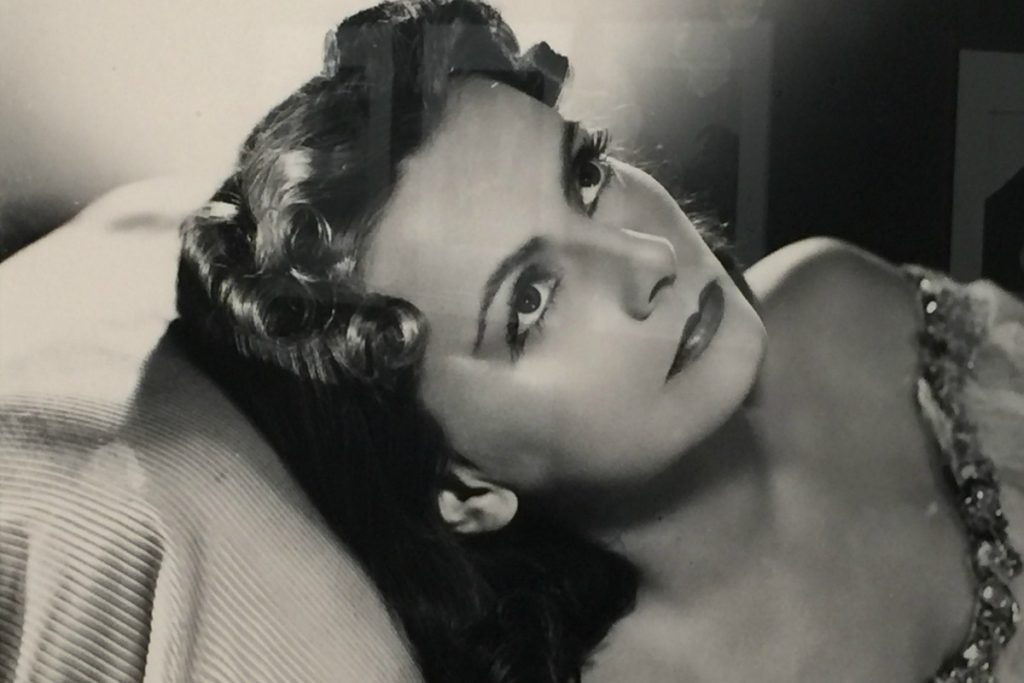 Stockholm is Easy to Explore

Another thing I learned in Stockholm is that the city is actually a series of islands. They are easy to explore whether by foot, by bike, from below or by boat. Oh, and from rooftops! 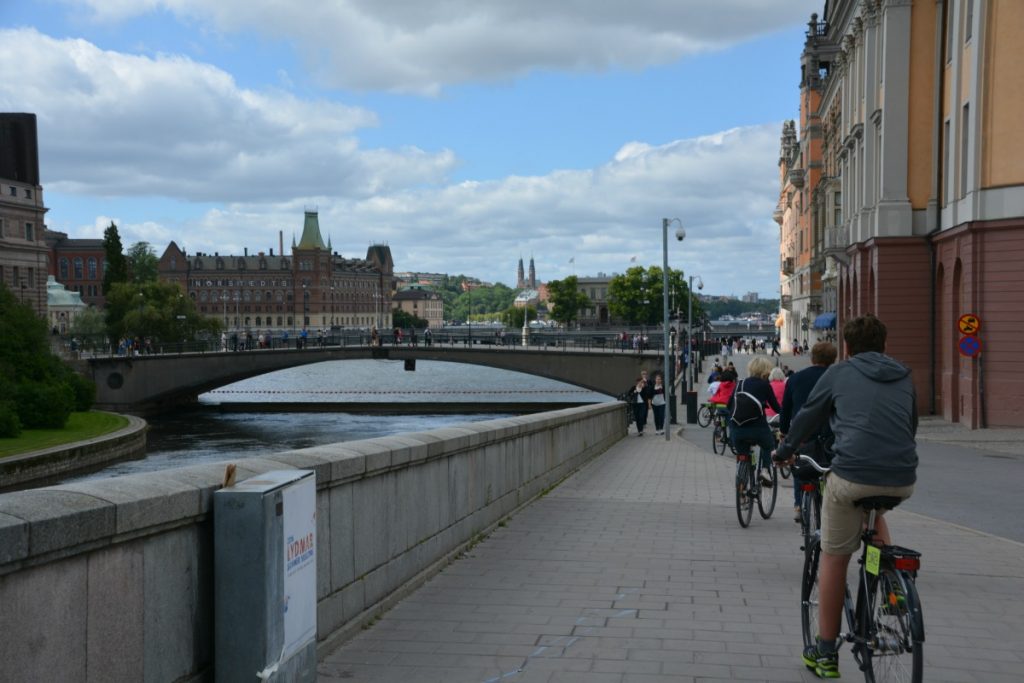 I stayed in Norrmalm, a district near a convention center that hosted the TBEX conference I was attending. From there, the old town called Gamla Stan was an easy 15-minute walk.  The Stockholm metro, which was like a colorfully painted modern art cave, was easy to maneuver. 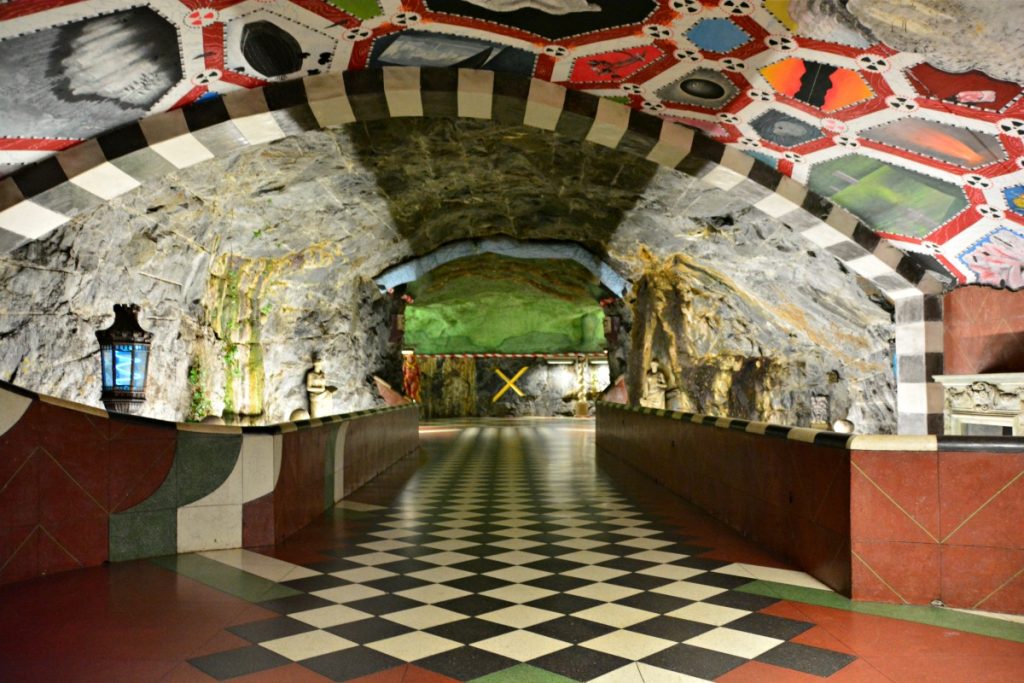 Explosion of metro art at the Kungstradgarden station

If I wanted, I could’ve biked about. Local bikers sped down the impressive circuit of city bike lanes at all times of the day.  Then, there were boat rides that breezed folks through the city’s waterways between the city’s islands.

As for those city rooftops, you can explore Stockholm from there too.  Post on my unique rooftop hiking experience with Takvandring Tours coming soon. 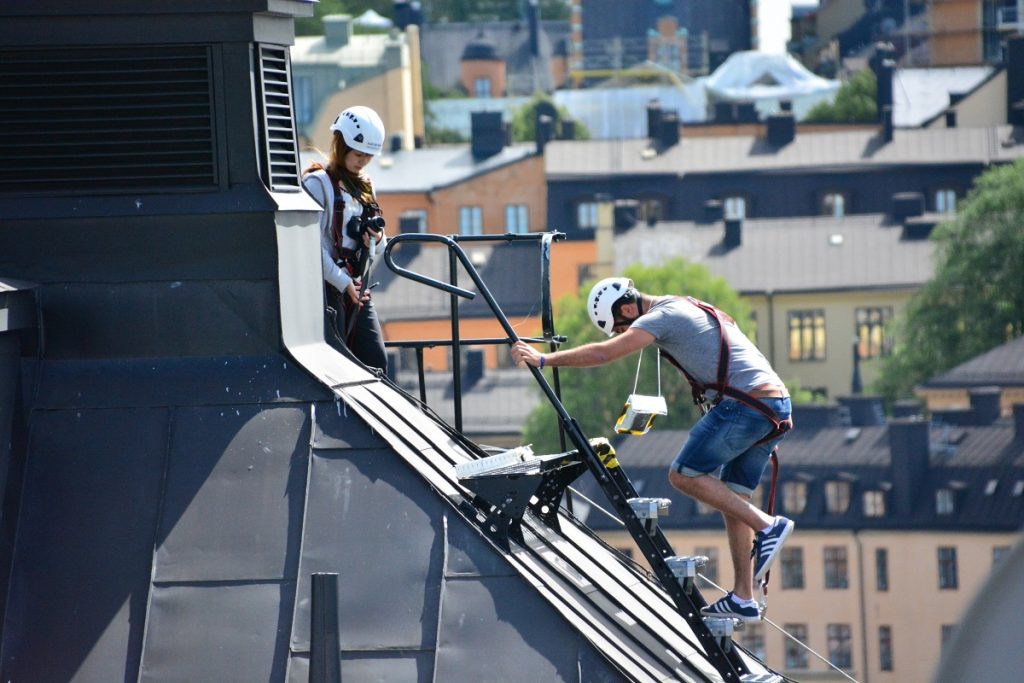 You can hike the rooftops in Stockholm 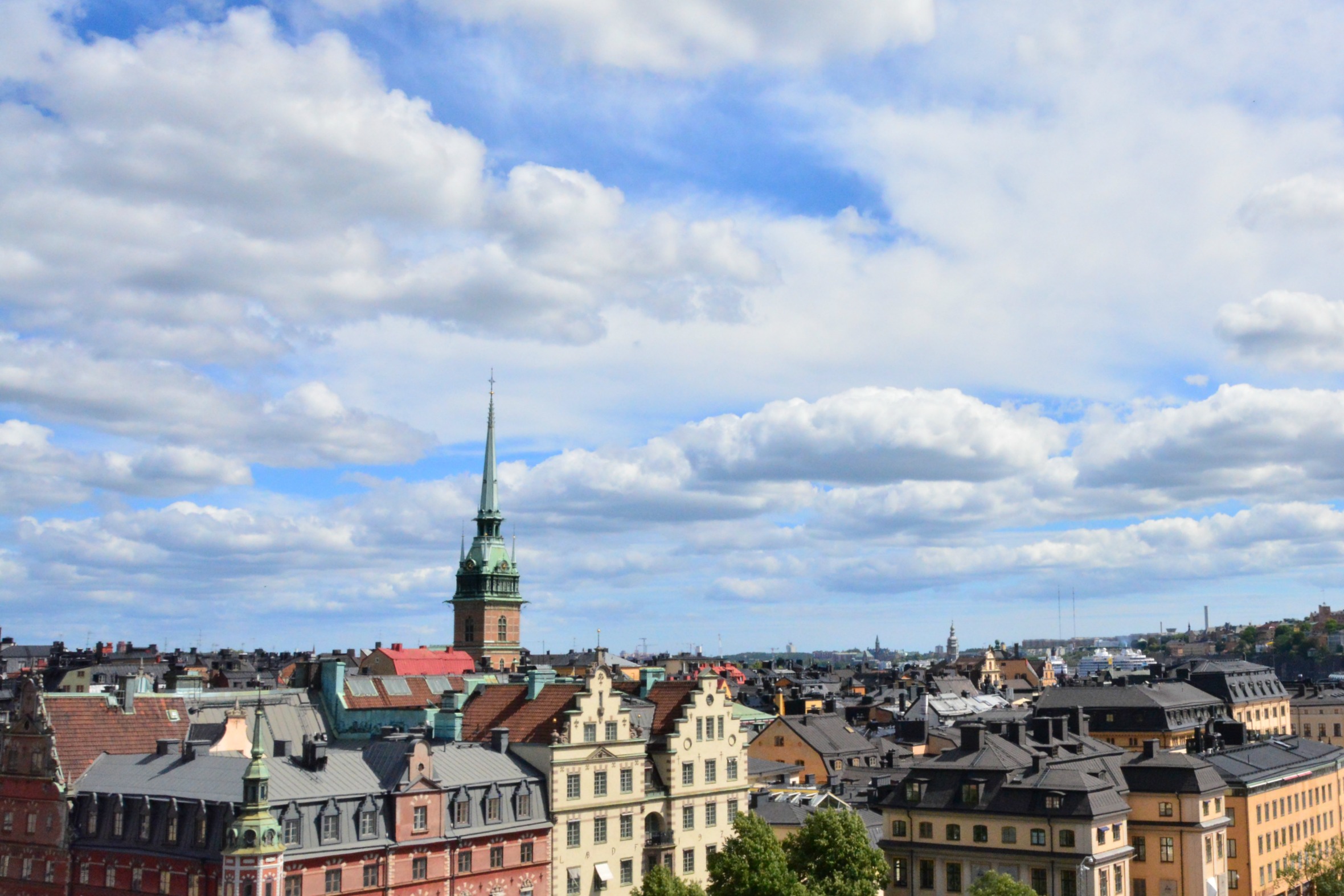 View from the rooftops.

I love cultures that love appreciating their coffee.

One of the Swedish words I learned in Stockholm is  fika, which is a coffee break. Some Swedes told me that fika can happen many times a day. However, the tasty snacks that can accompany good coffee would be in moderation.  Tasty snacks indeed. I savored delicious sandwiches and rich pastries at many points during my stay.  I loved fika at Vete-Kattan.

Seemed everywhere I looked, there were families about. Many of them seemed to be models that stepped out of a clothing catalog (point above: beautiful people), especially hipster parents with more than three happy little kids in tow.  I learned the country boasts inexpensive childcare and generous parental leave, and it is preparing for the boom of this young generation. 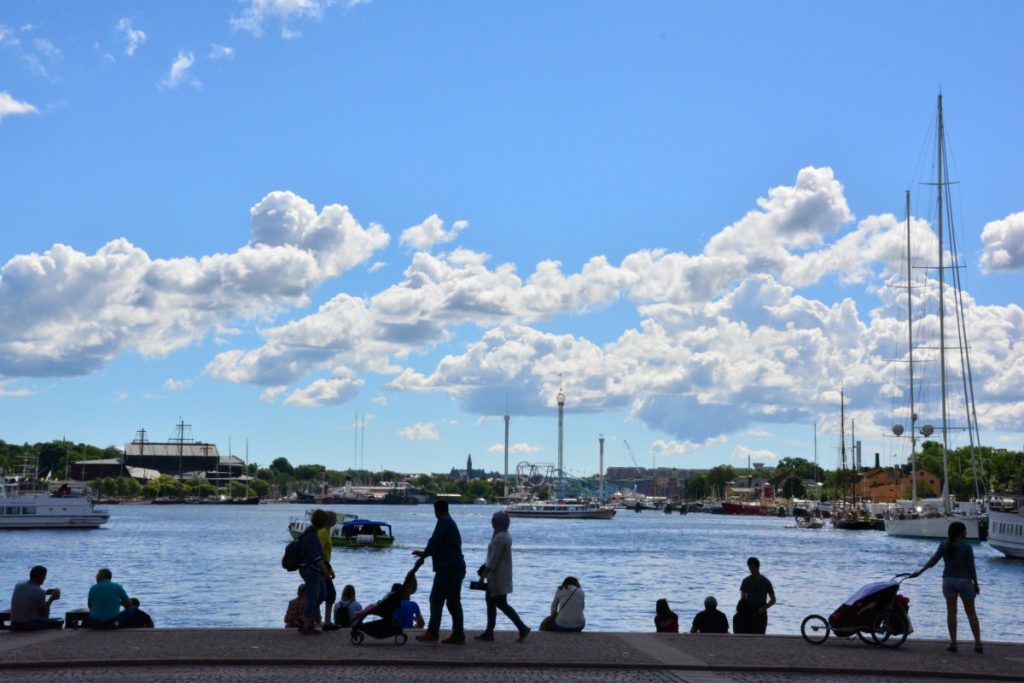 Stockholm is a family friendly city

How to Get to Stockholm

There are direct flights from Athens on Aegean Air and SAS.

The Arlanda express train is an eco-friendly option that speeds its way to/from the city center every 15 minutes (for most of the day). Travel time: 20 minutes.  One way from 150 SEK per person/15 Euro

I had the experience of taking one of the Flygbussarna Airport Coaches. They depart 10-15 minutes between Arlanda Airport and the City Terminal (located next to the Central Station). Travel time: 35-45 minutes.  One way from 120 SEK per person/12 Euro

What to Do in Stockholm

A great travel resource to check is Visit Stockholm.

Travel is a wonderful way to learn, isn’t it? If you liked this post check out: 10 Things I Learned in Crete in 10 Days. 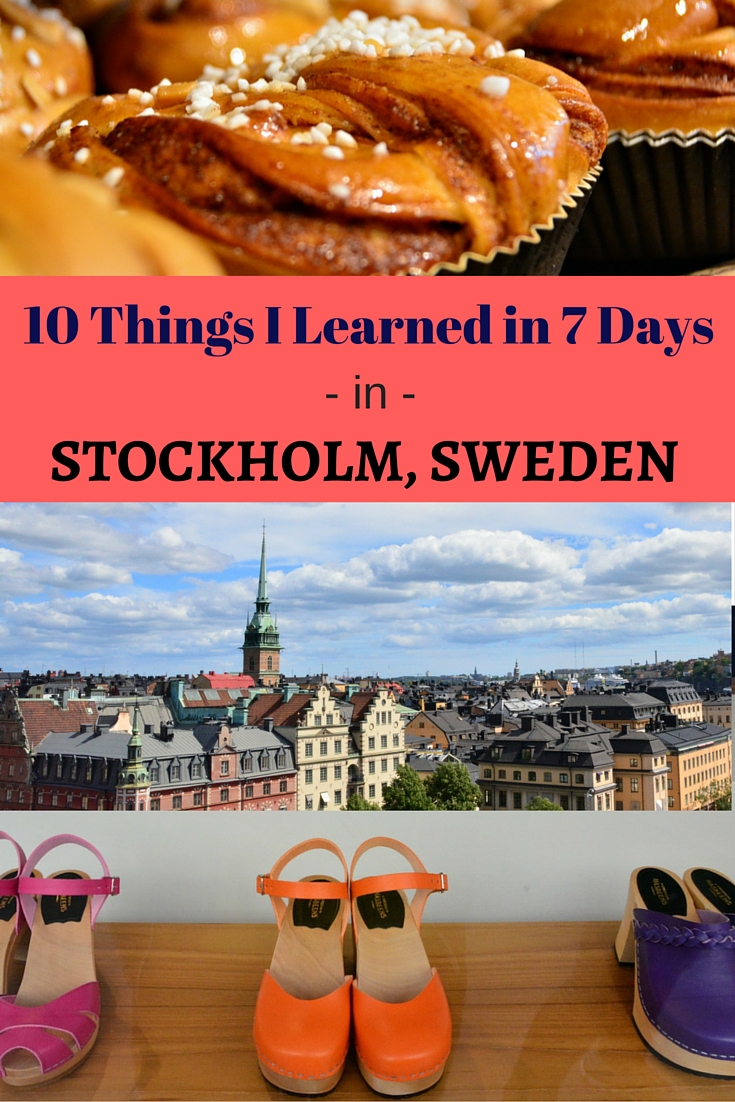 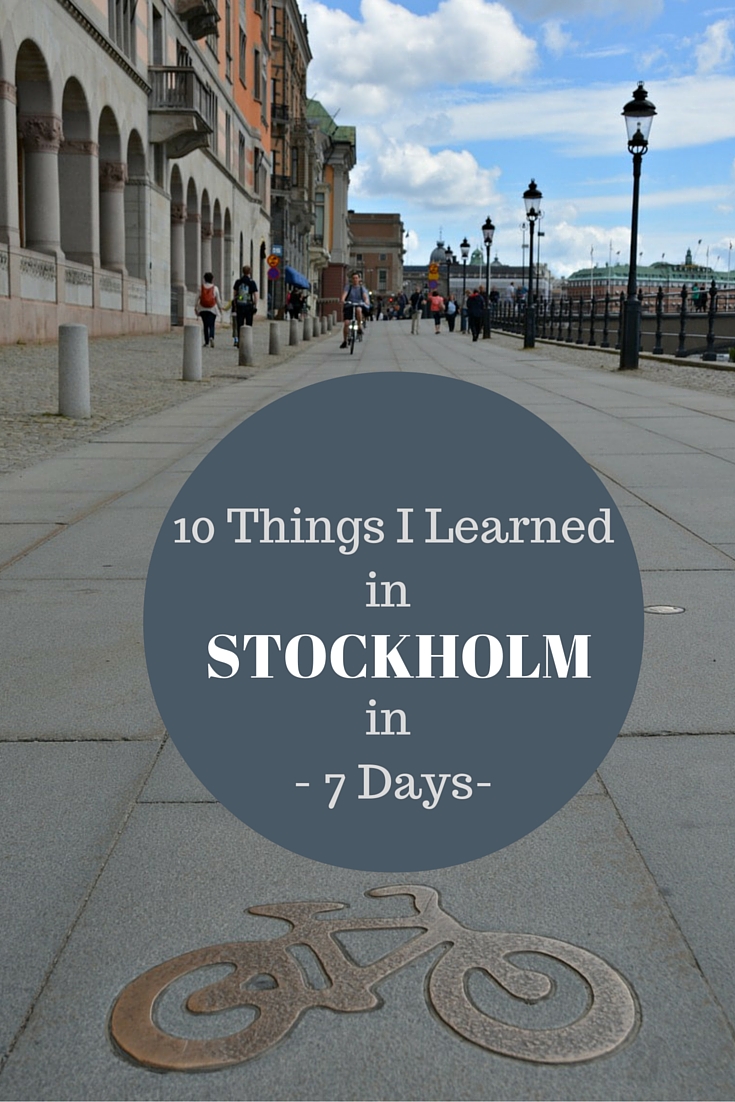 Have you ever traveled to Stockholm or any place else in Sweden? I’d love to hear what you learned on your travels. Feel free to comment in the comment box below.

Tags: StockholmSwedenThings to Do in Stockholm