Our Kea boat tour took off.  The view of Vourkari docks shrunk behind us as we looked forward to secluded swimming spots, an ancient city and a refreshing ride around the Cycladic island.

Our first stop on the Kea boat tour turned out to be an impossibly pretty and gloriously empty beach. 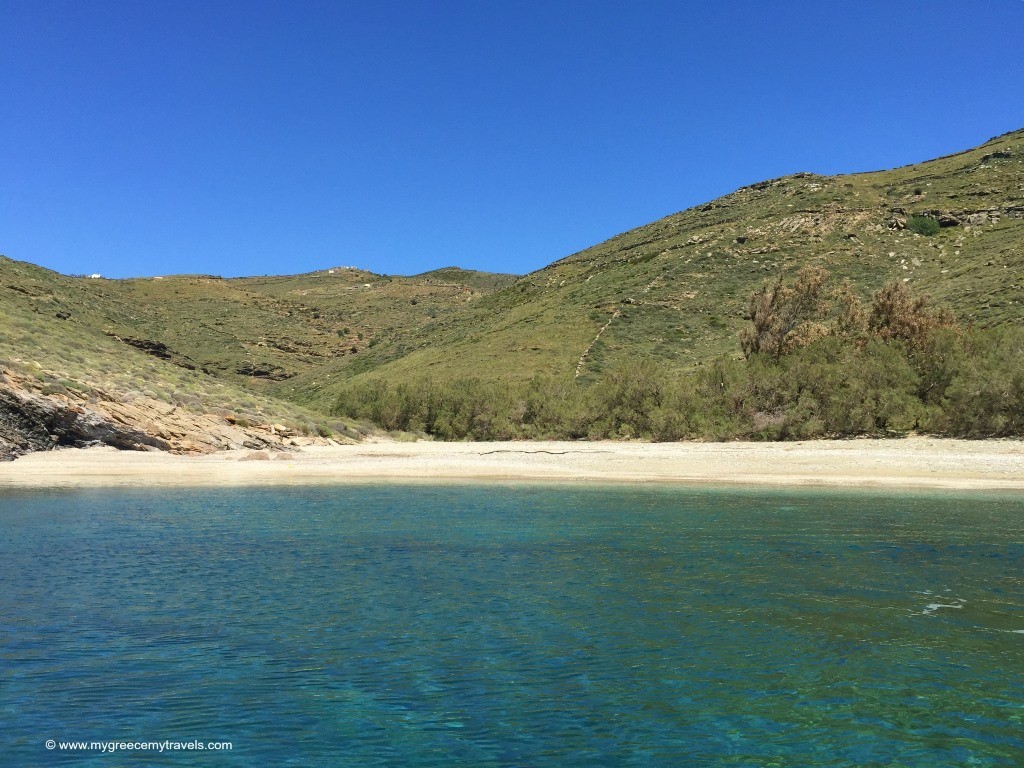 It was called Vroskopos. Yannis Tzavelakos, our volunteer local tour guide, knew the beach well. As a lover of Kea and the owner and PADI instructor for Keadivers, Yannis has explored the island over and over again from land to sea.  So, he knew very well what he was talking about when he told us, “Enjoy the view now.  In a year or two it won’t be the same.”

He explained a luxury hotel chain has already bought the land and plans to build were in motion.

With that thought, Yannis’ friends that accompanied us on the boat tour jumped in the clear water for a few swimming sessions. 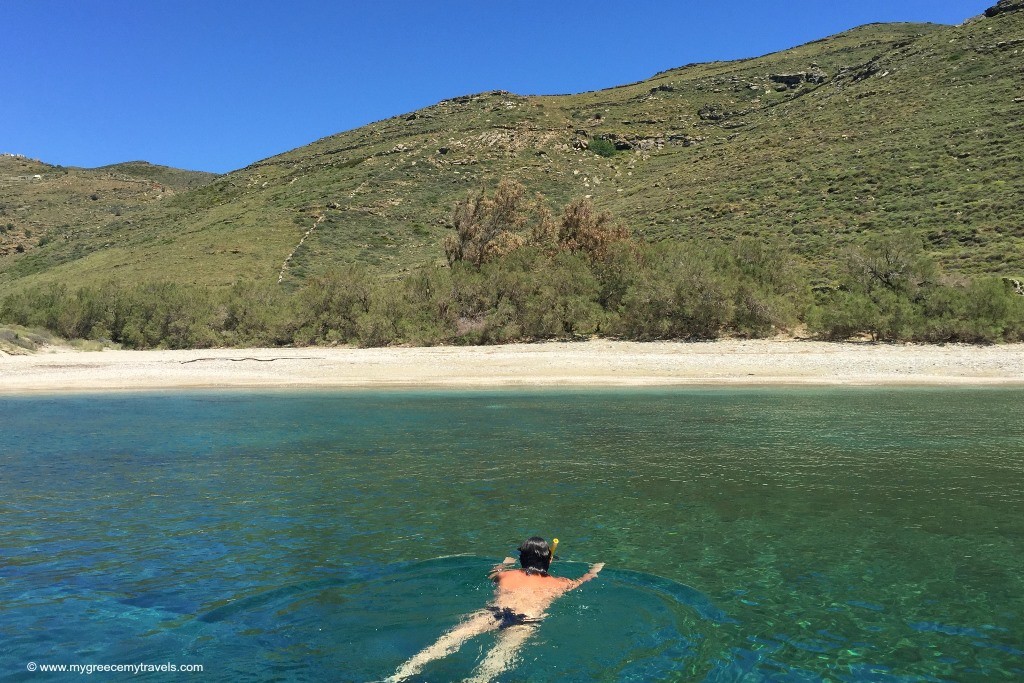 Although the water looked absolutely refreshing and inviting, I had already decided in advance to admire it all from afar. Elena Sergeeva, my business partner  and co-founder of Travel Bloggers Greece, and I agreed it was still too early in the season. In other words it was too cold for a swim.  I (we) have been spoiled when it comes to the Greek seas, I know!  (I wait until July or August when the Greek seas are like a warm refreshing bath.) After Yannis taught a scuba diving lesson, we were ready for more. 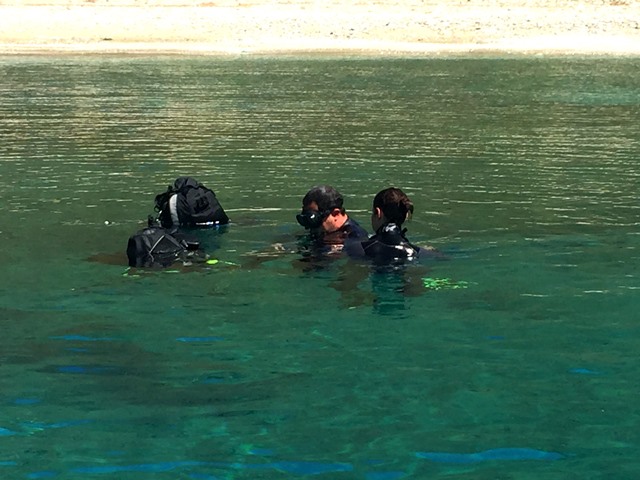 We continued on our Kea boat tour and whizzed passed Kea’s late spring landscape of patchy yet vibrant green hills tucked between interesting rocky formations. From time to time, a few small clusters of villas built together would be in view. Then we arrived at the southern waters affronting an ancient site called Karthea. 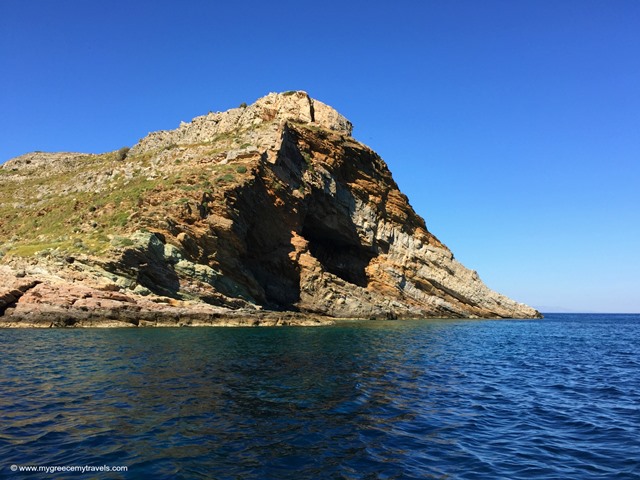 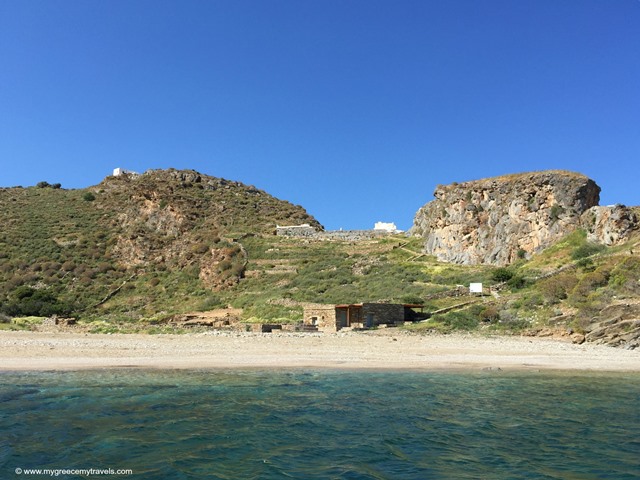 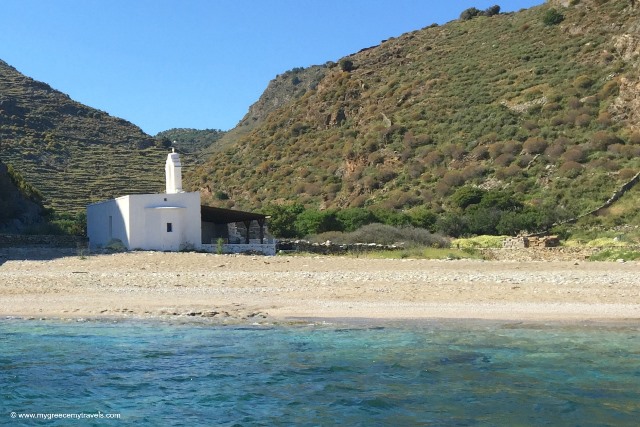 Yannis told us getting to Karthea was also possible by hiking trails and that the path to the ancient city remains one of the premier trekking paths on the island. Karthea, also known as Poles, was founded in ancient times and it was a functioning city up until the Byzantine period. 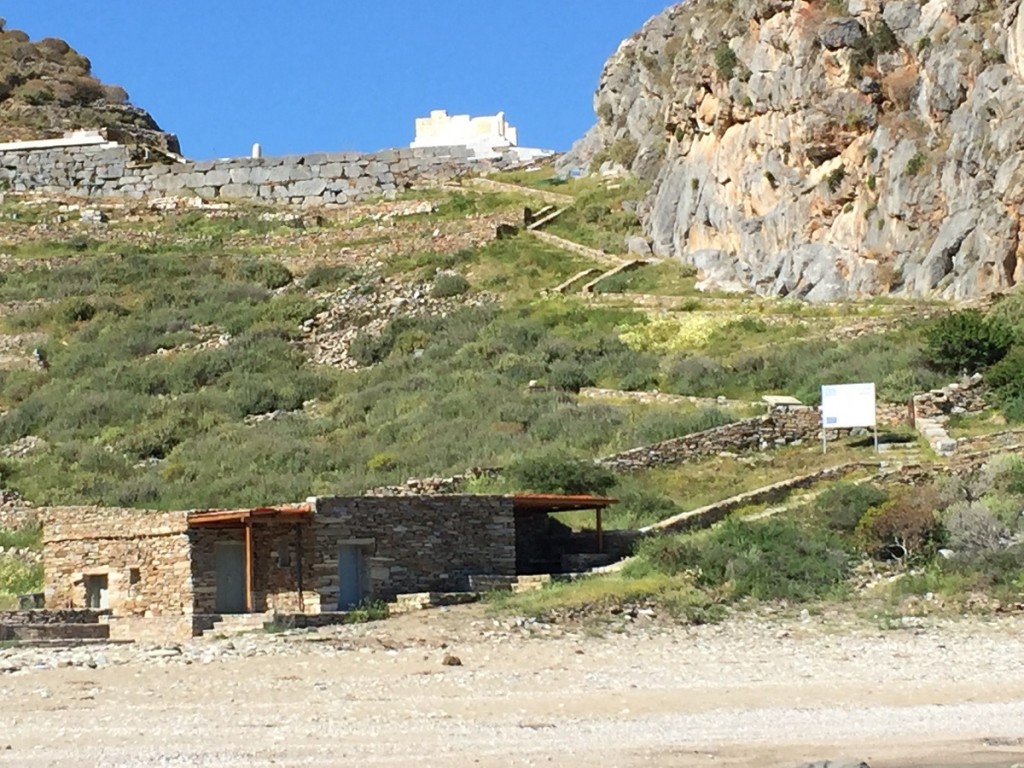 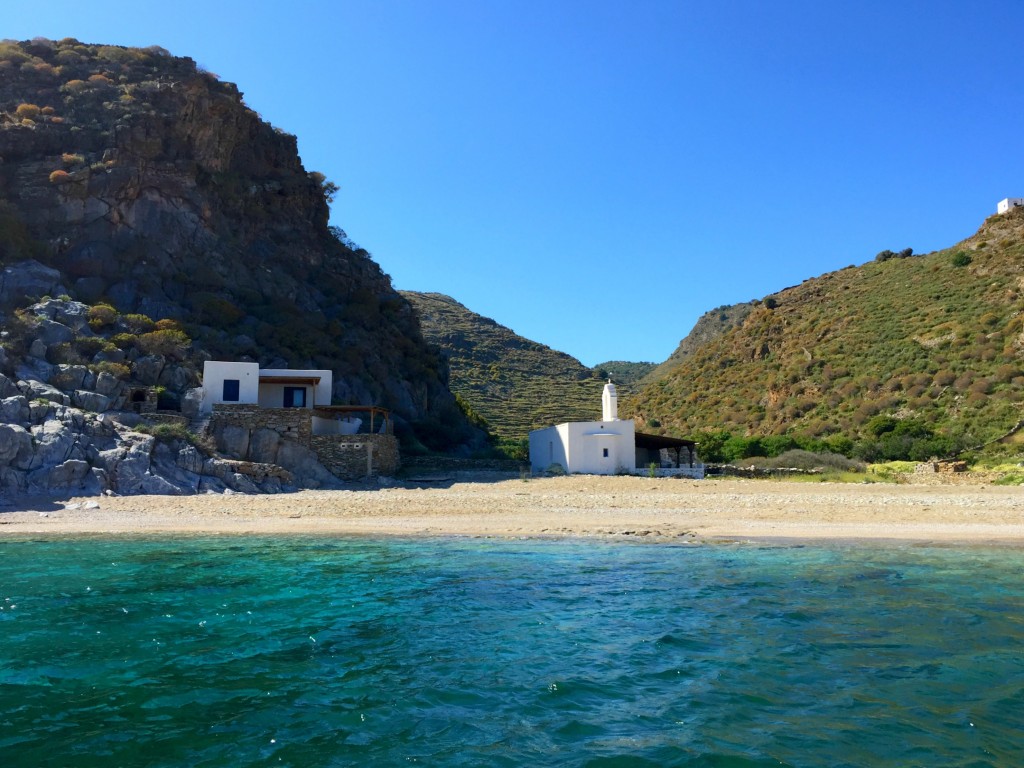 At one point Karthea was a walled city with six entrances and towers to protect it.  As one of the most important ancient Greek cities, it was said to have had public buildings, mines, a water supply system and its citizens had their own laws.  Little remained since but from the boat we could make out some of the ruins.  The site is home to remains of a Doric temple of the goddess Athena (6th century BC) and the Temple of Pythion Apollo (530 BC). A 3rd century BC temple as well as the remnants of a theater that dated back to 1st century BC can be found in the valley of Karthea.

Yannis pointed out a small modern building where archaeologists have been recently working from to restore and study the site. 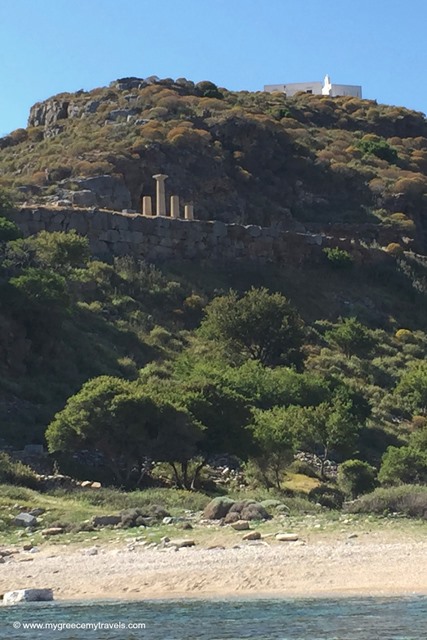 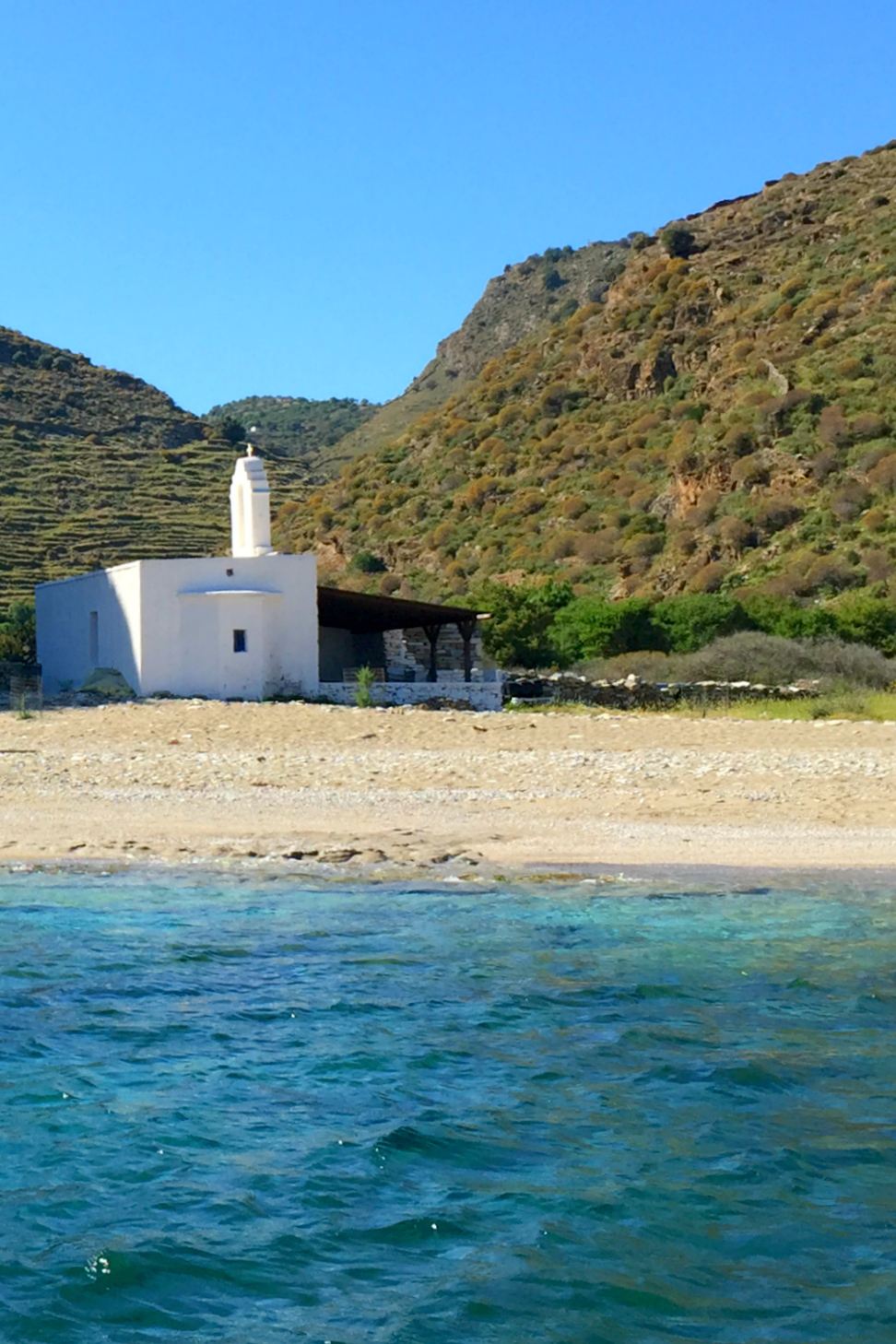 We had also sailed past an interesting area of the coastline called Kondouros Bay. From our vantage point we could easily see the cylindrical whitewashed formations of the classic Cyladic island windmill. The Cyclades were once full of these windmills that operated year round and were an important part of each island’s agricultural needs.  The windmills that dotted Kondouros bay were not original, according to Yannis, and were constructed as upscale residences paying homage to the island’s traditions. 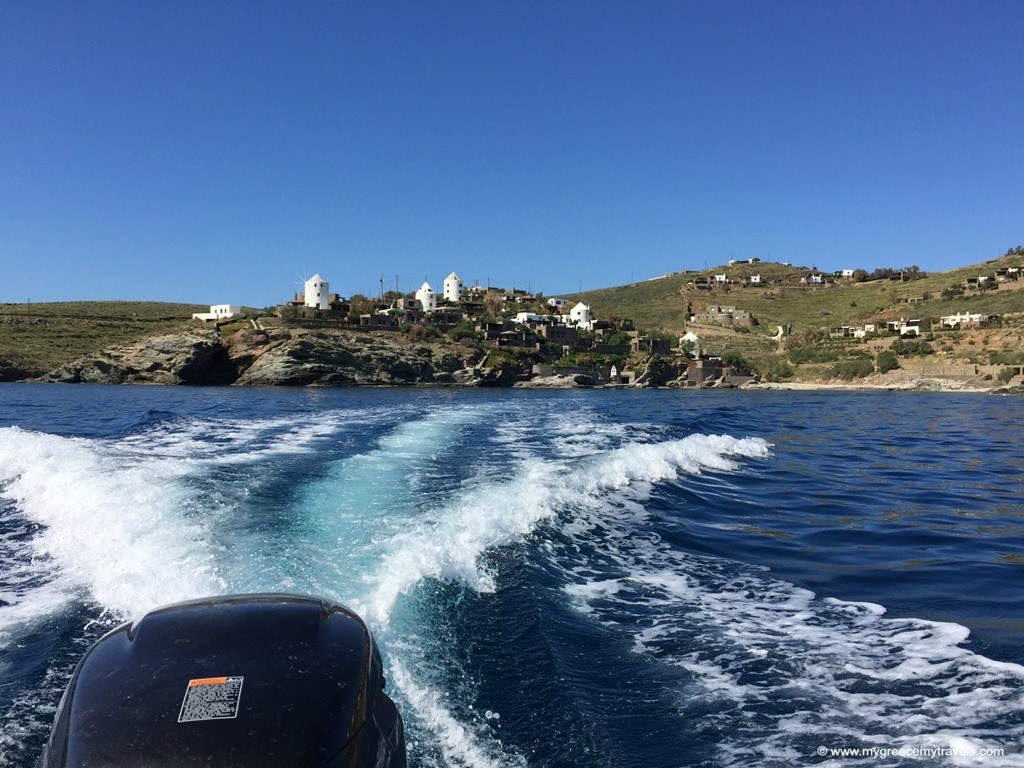 Past the windmills on our Kea boat tour

My recommendation? Take Kea boat tour.  You can jump off the boat and go swimming in Kea’s crystal clear waters to your heart’s content. Boating is an easy and scenic way to gain access to some of the best and secluded beaches. It’s also a way to see the most unique sites that ring this beautiful island. Hello?  Ancient city on a secluded Greek island beach, anyone? Opportunities like that make travel experiences in Greece that much more amazing. 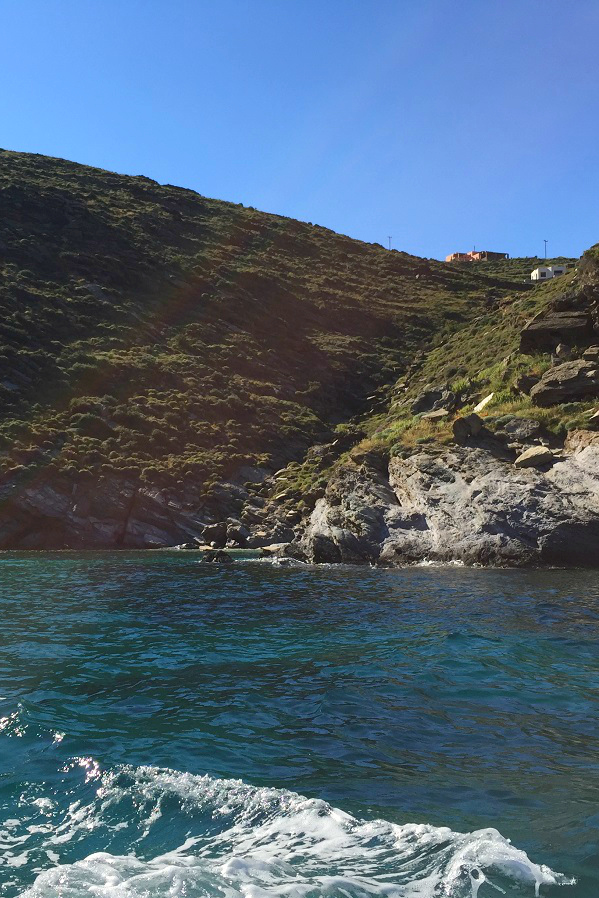 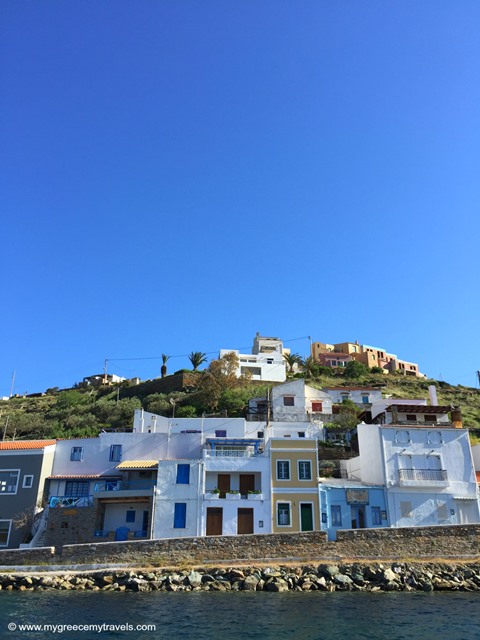 Pulling back into the docks.

Keadivers
Tel. +30 6973430860
keadivers@gmail.com
Yannis and his team can customize your needs and set the most suitable boat tour or diving instruction program for you.

How to Get to Kea

Take a ferry from the port of Lavrio (1 hour). Tickets start at 11 Euro one way. Check www.openseas.gr for ferry schedules.

Where to Stay in Kea

Check out my review of the Red Tractor Farm here.

Where to Eat in Kea

Kea has some fantastic tavernas. For seafood check out my post, Aristos Taverna: Love and Imagination.  For wonderful home cooked Greek dishes head to Lagoudera Taverna in Korissia.

What to do in Kea

Kea is a beautiful island with many places to explore including its main town, churches, hiking paths and more. Check out my post: Top Things to Do on Kea Island.

Have you ever visited Kea and toured it via boat? Tell me about your experience! 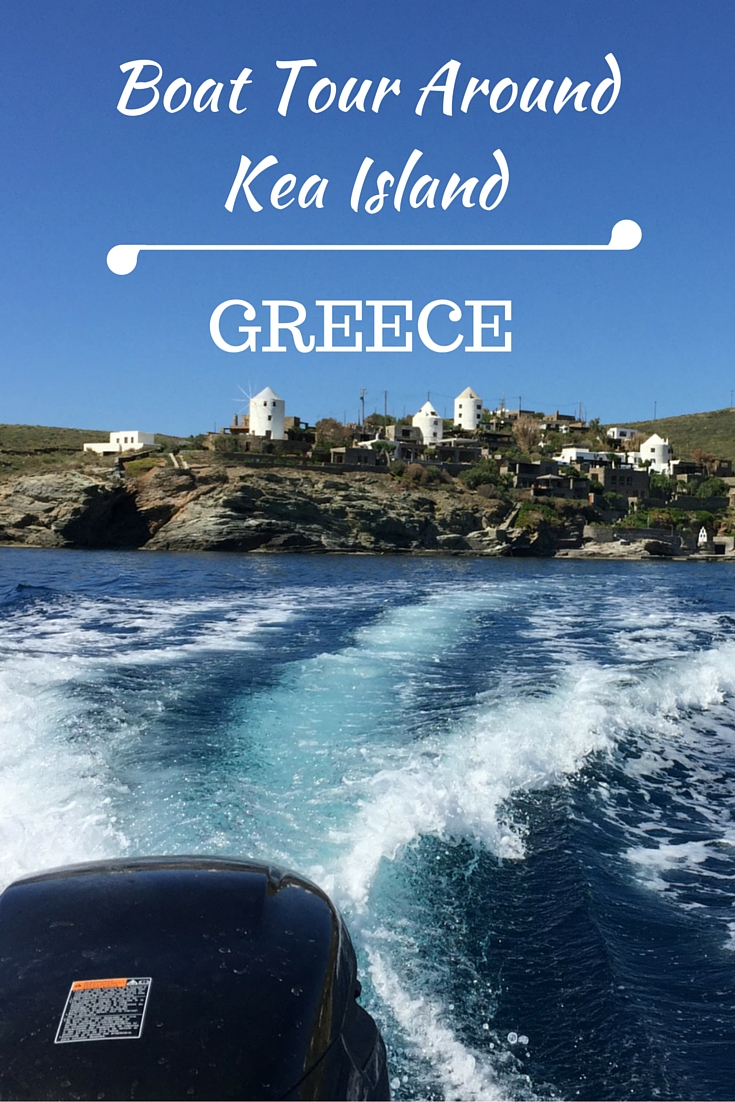 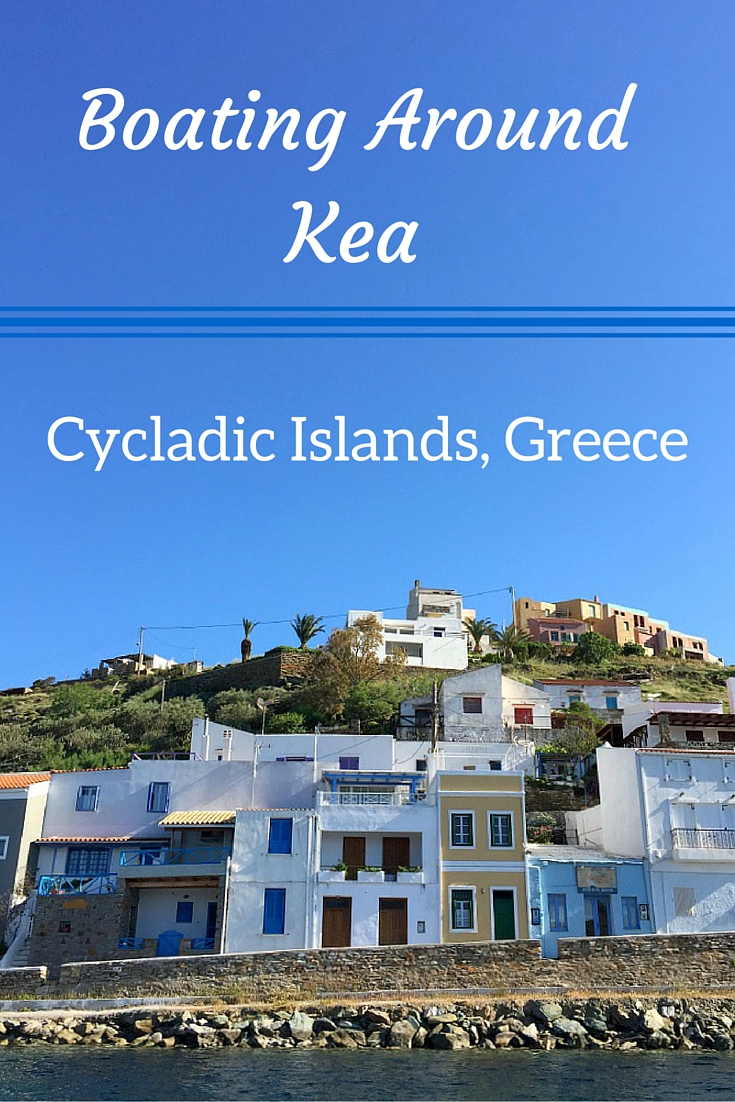 Tags: kea boat tourwhat to do in kea