The Best Beaches of Mykonos

Here’s a roundup of the best beaches of Mykonos. There are many…

The Best Beaches of Mykonos

Mykonos is  famous for so much. It has great nightlife options, amazing restaurants, gorgeous luxury hotels, a beautiful whitewashed main town and what this post is dedicated to — its sparkling beaches. Spectacular beaches with fine sand or  little pebbles line the island. Part of my travel writing assignment for Fodor’s Greek Islands 2015 involved reporting on all of the best ones.

Here’s a complete rundown of the different areas of Mykonos and the best beaches you’ll find there and a few suggestions on where to eat. 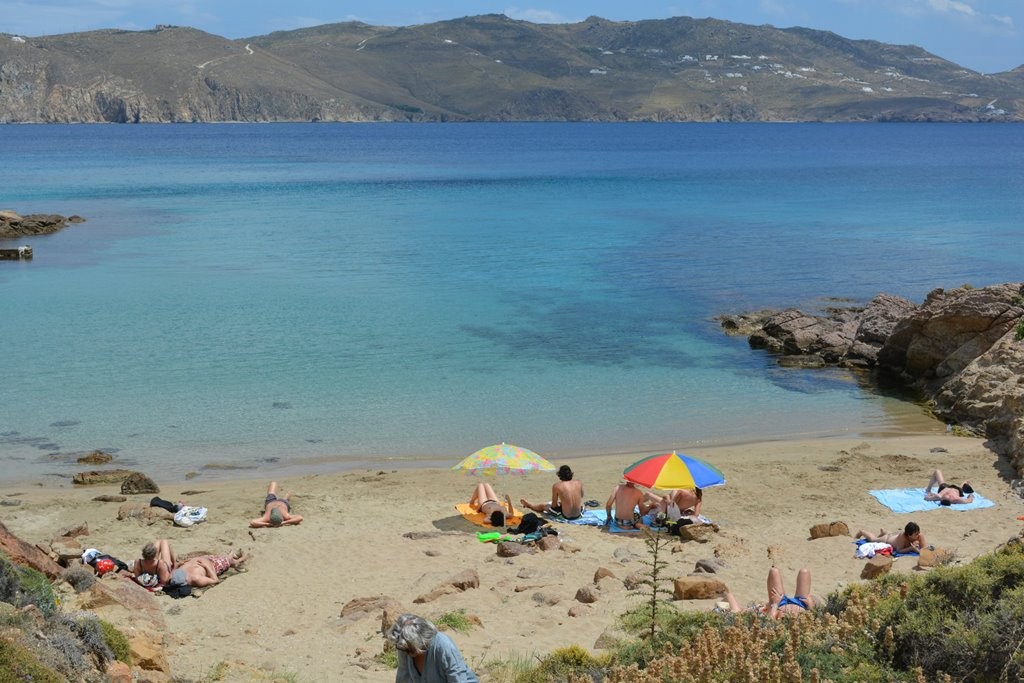 The best beaches of Mykonos 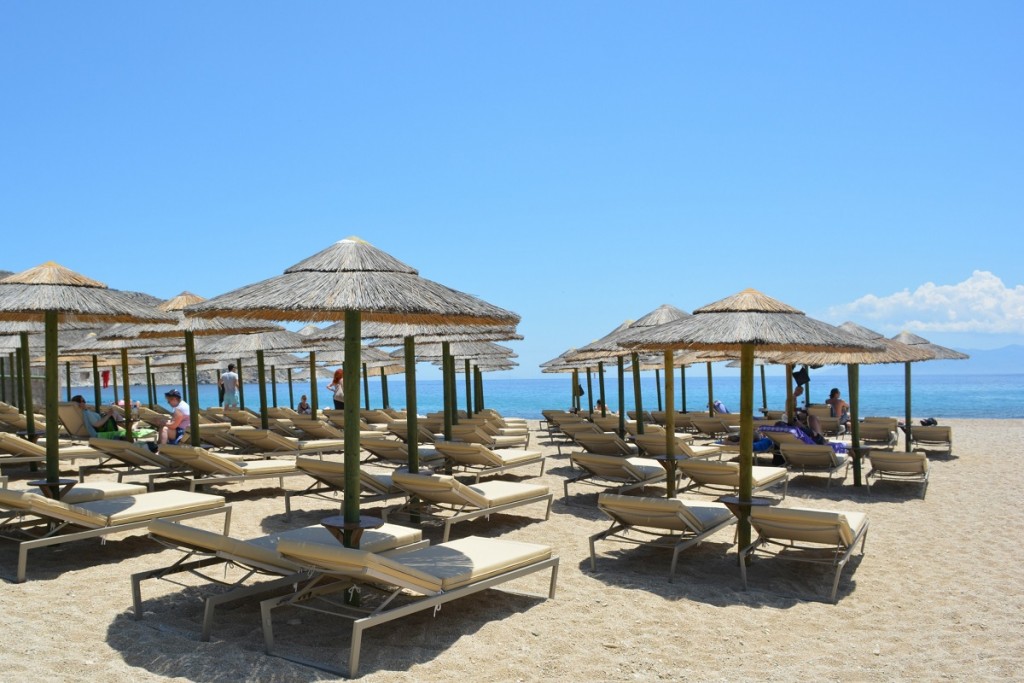 Go early to get your lounger!

The Cycladic summer winds hit here nicely but that doesn’t mean you should overlook Agios Sostis and Panormos located north of Mykonos Town. Agios Sostis  has a nudist section.  Panormos has a atmospheric beach bar and restaurant called Panormos Bay which has a full menu including exotic cocktails.  Ftelia is third beach in the area and exclusively a windsurfers haven. 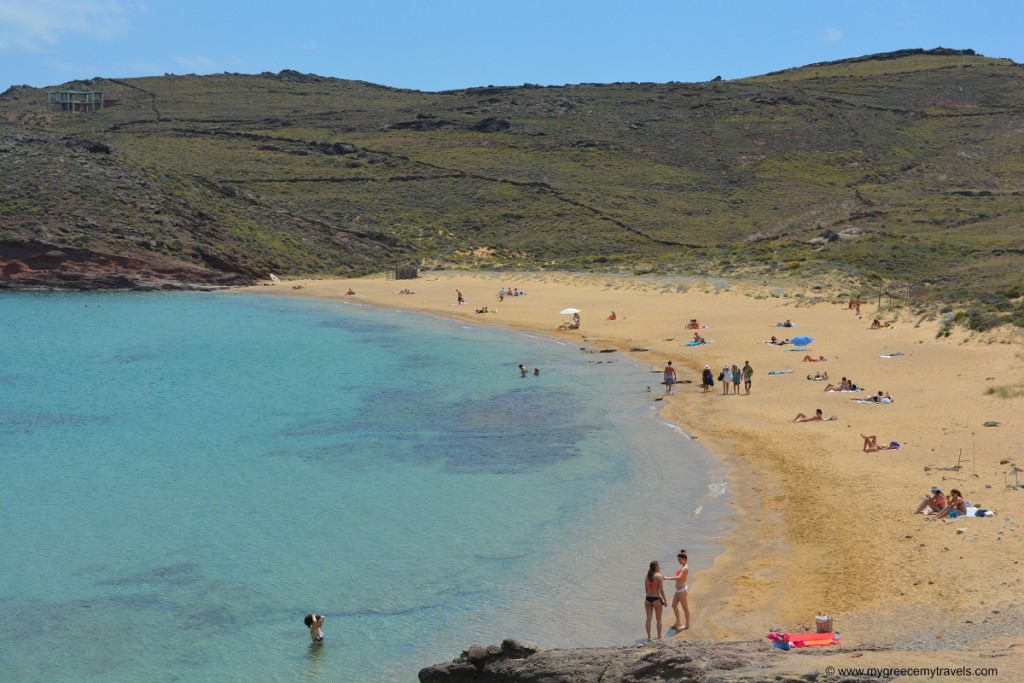 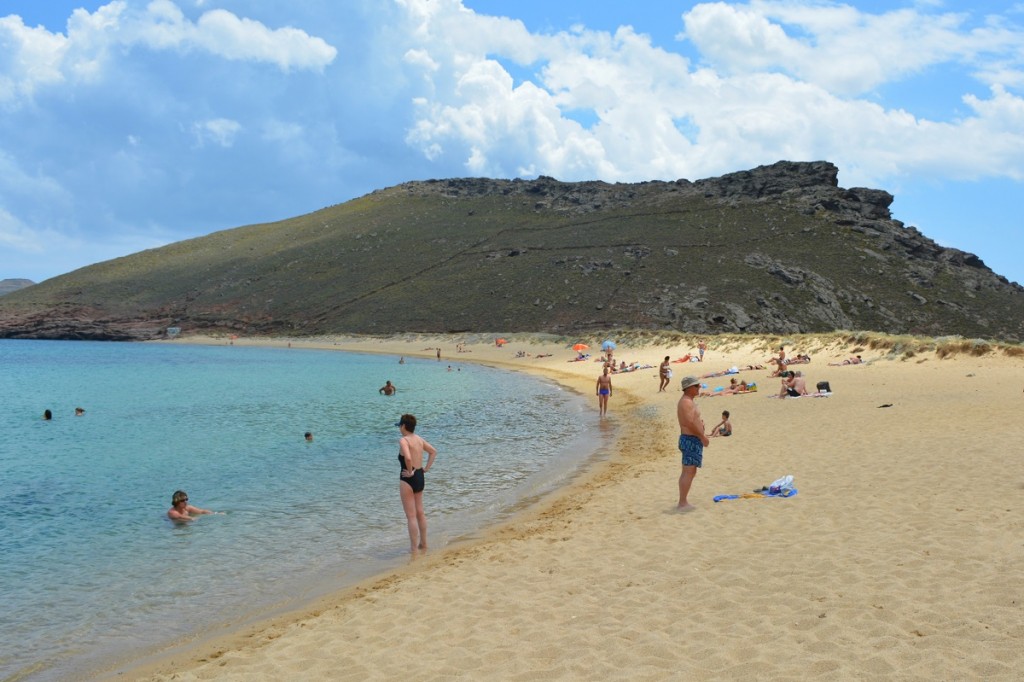 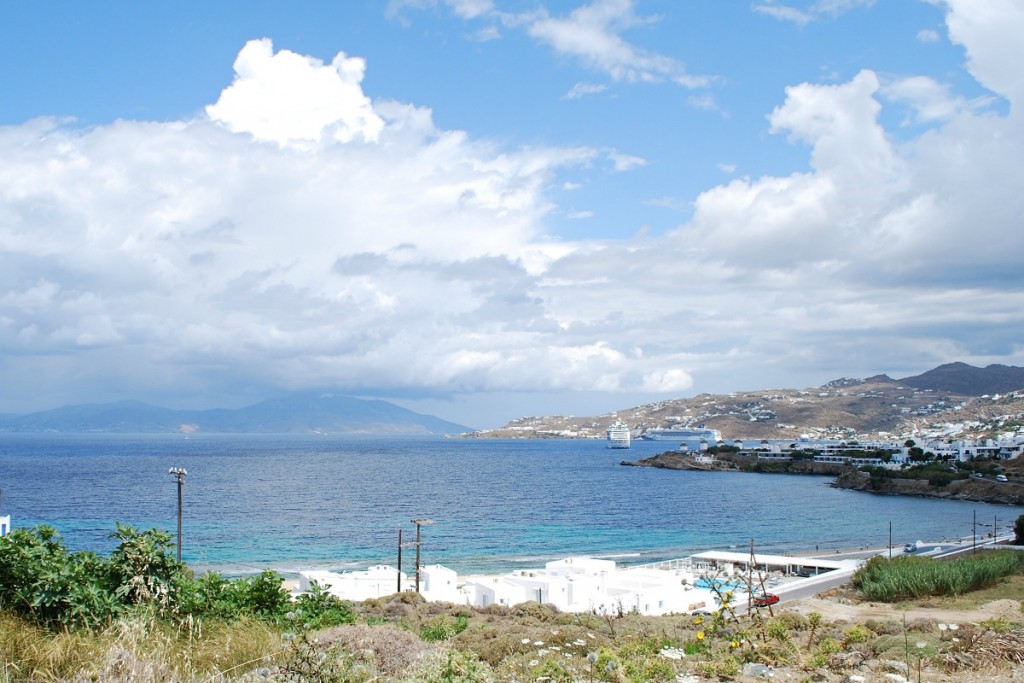 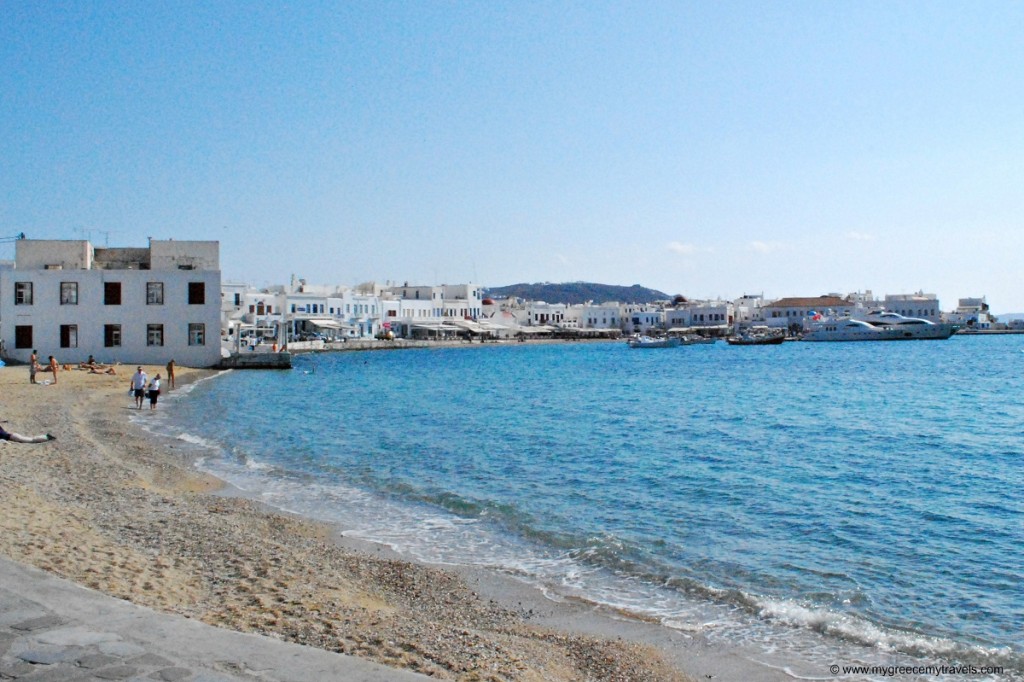 Further east you’ll hit the more of the best beaches of Mykonos that are known for their parties and nightlife.  Psarou is a pretty beach where the famous Nammos restaurant and bar gets a stylish crowd going each summer day.  The party starts around 5 p.m. Good music is guaranteed and as a result you’ll have the urge to join everyone else dancing on their seats or tables. As for finding a sunbed,  note that the jet-setters reserve pricey sun loungers for the summer so, well, others can’t. 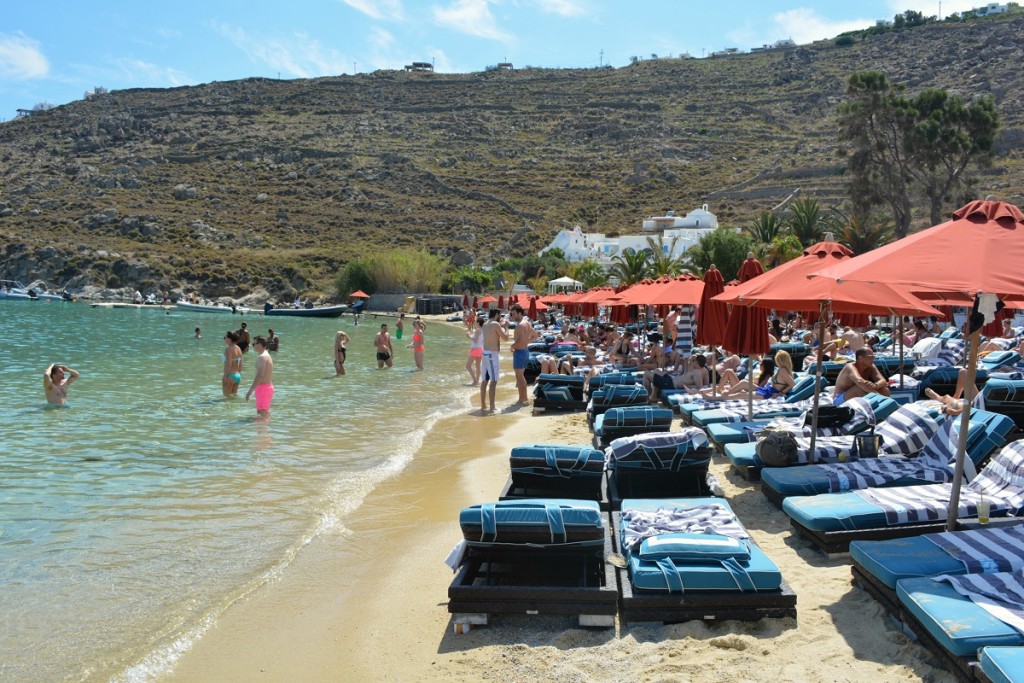 Psarrou beach is one fancy beach 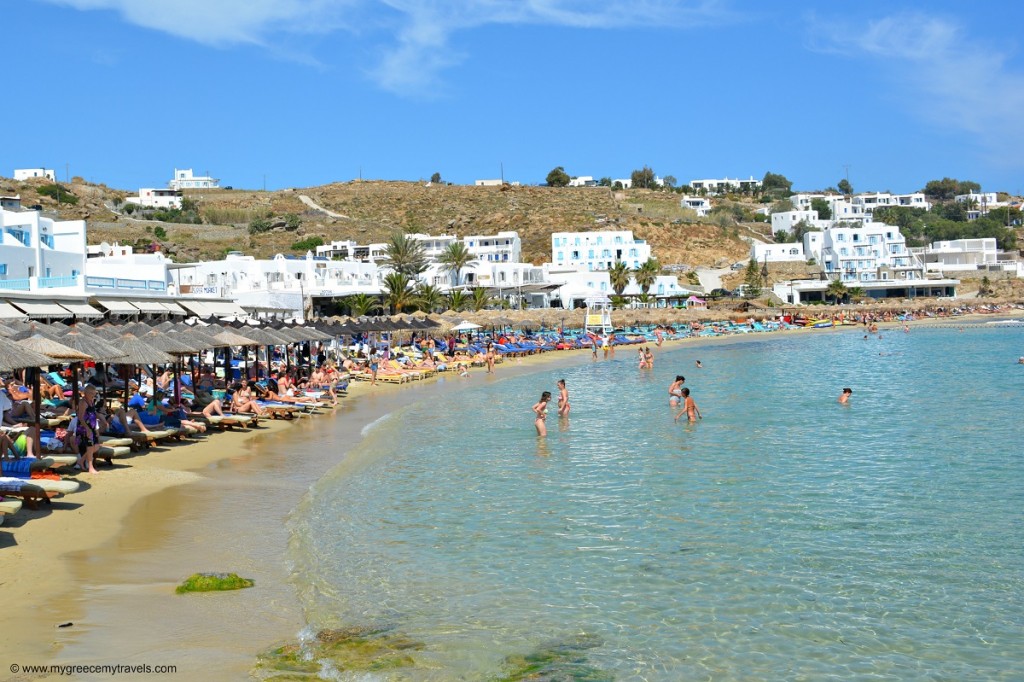 The beaches called Paraga, Paradise and Super Paradise follow on the coastline. At those beaches, you’ll find the crowds seeking the biggest beach parties on the island. Just follow the music. Dance and pop hits pump out all day long. It’s also where famous DJs spin past midnight gathering impressive hoards of people in clubbing venues that are built in arena-like venues. 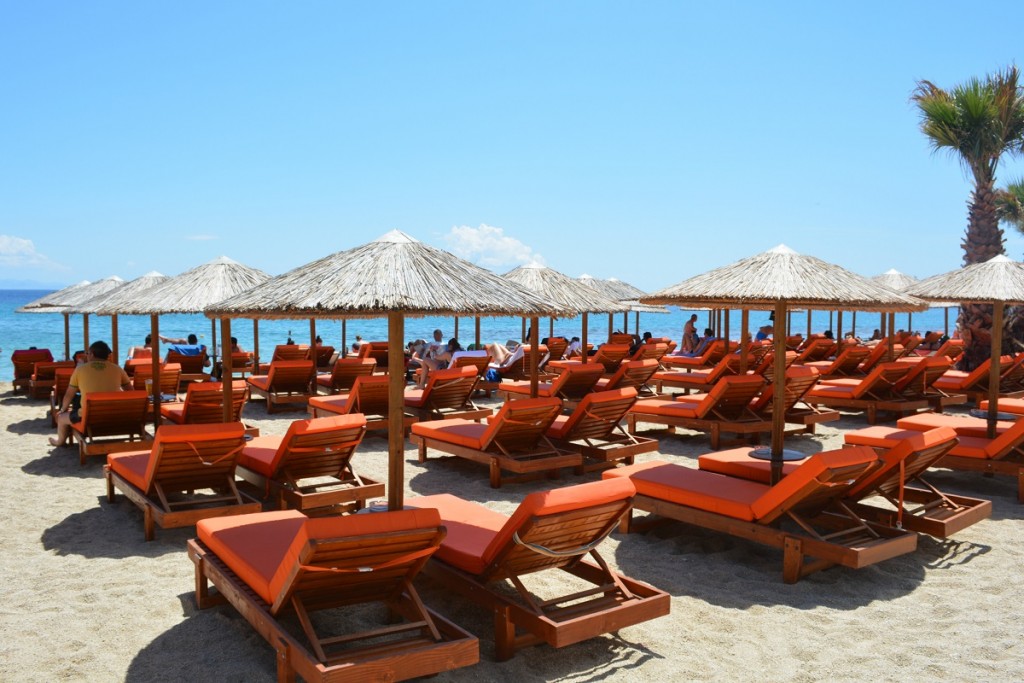 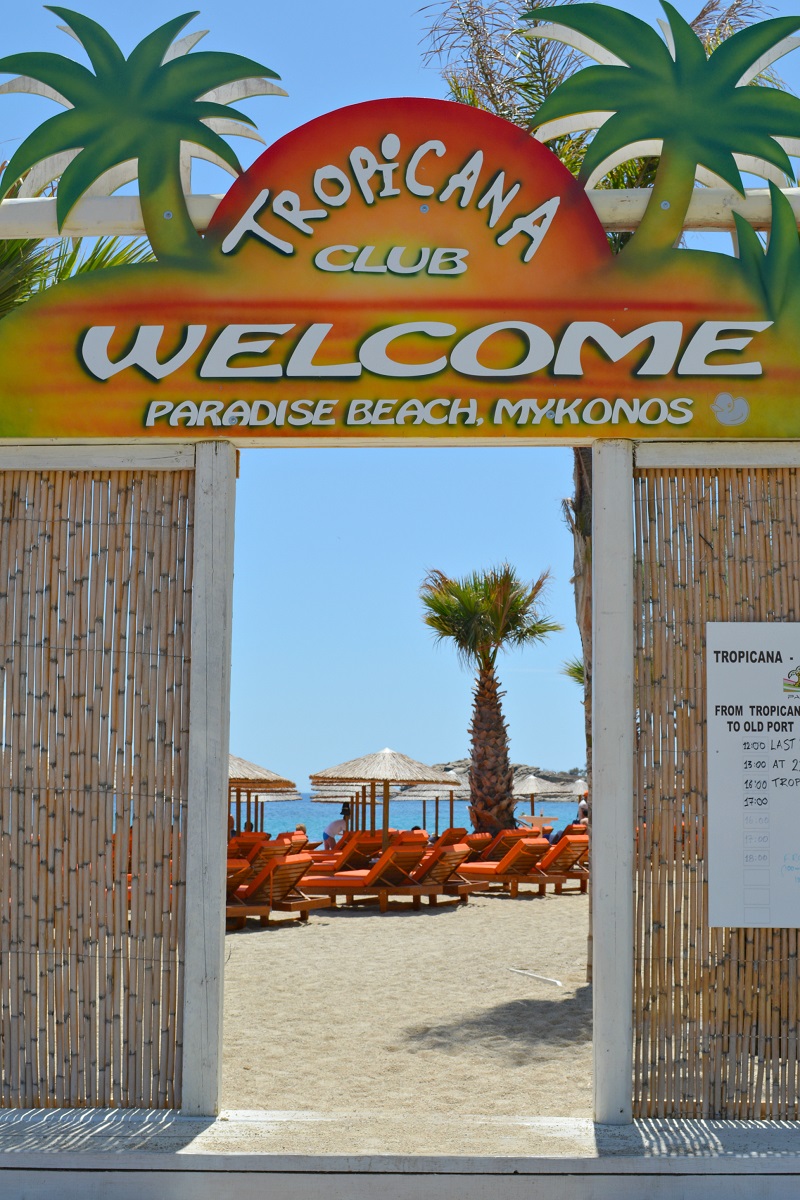 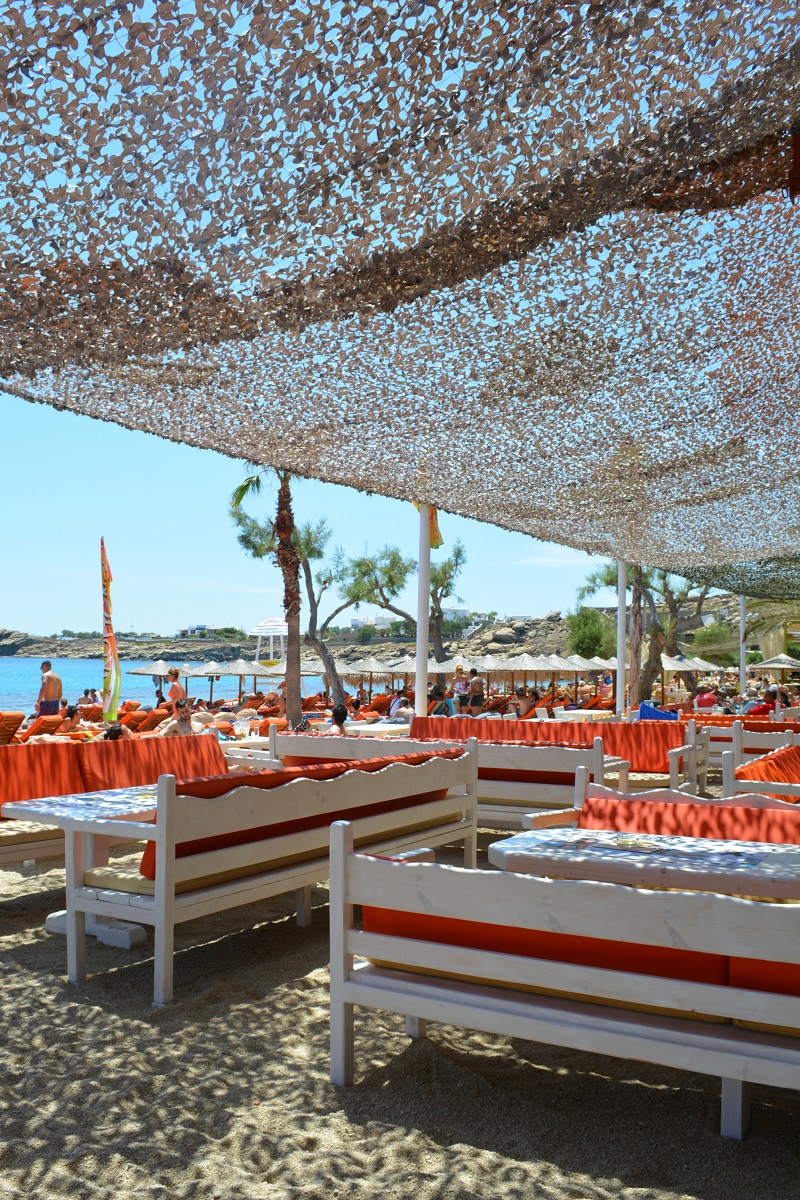 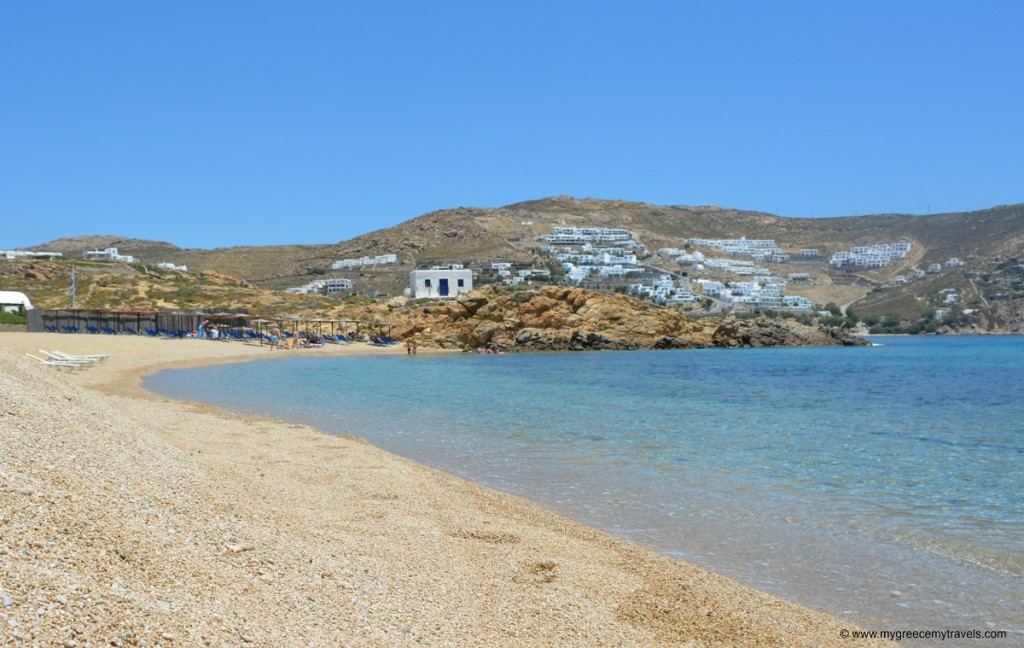 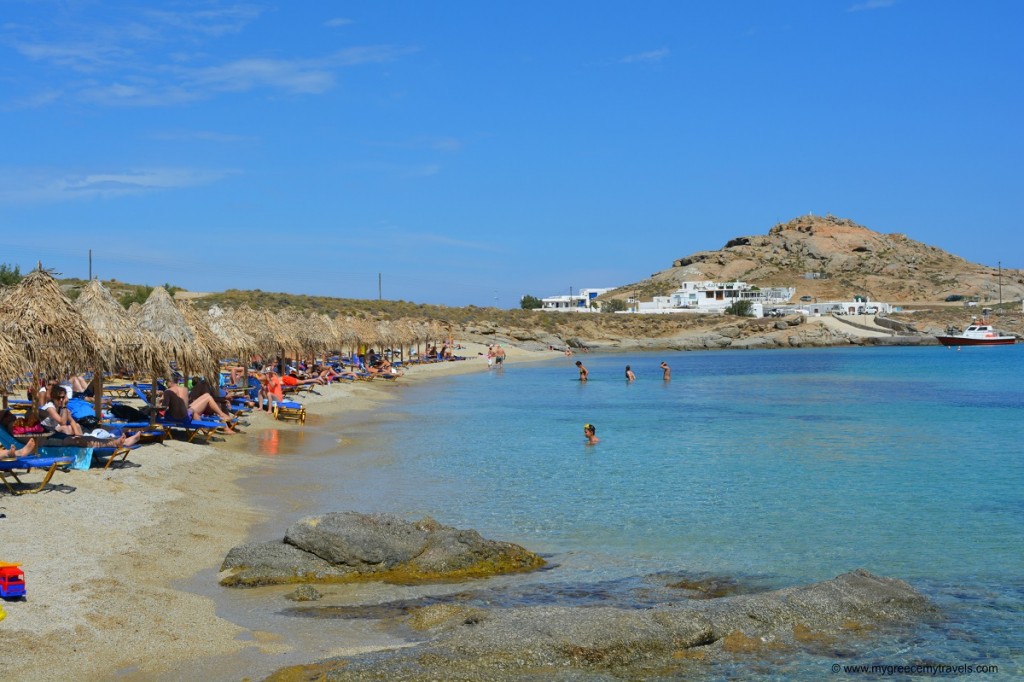 Further east on the coast you can check out Agrari and Elia which are simply pretty and peaceful.  Elia is known for its nudist section.

South of Ano Mera village, the second largest town in Mykonos, you’ll find Kalo Livadi  which is a lovely beach with quiet unorganized areas.  You’ll find some great beach restaurants inlcuding Nice n Easy Mykonos.  It is making a name for itself thanks to its organic, creative Greek dishes. I have to call out the buffalo meatballs – delicious.  The restaurant has its own organic buffalo farm near Thessaloniki. 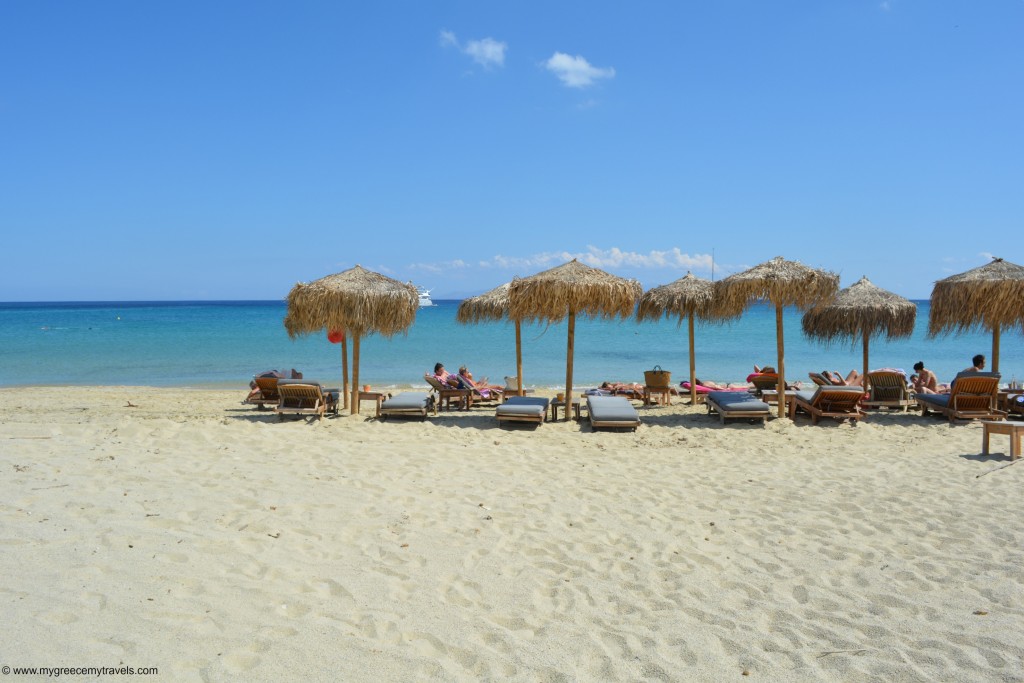 Kalo Livadi beach is one of the best beaches in Mykonos 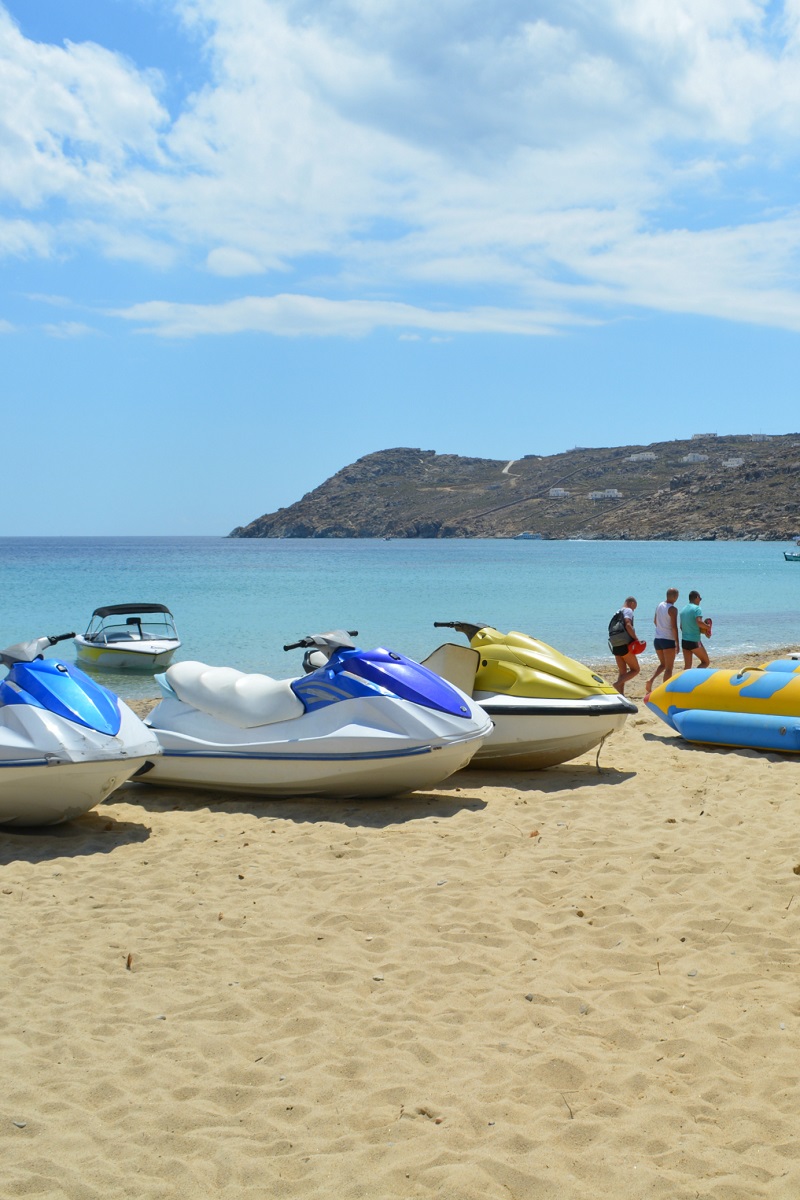 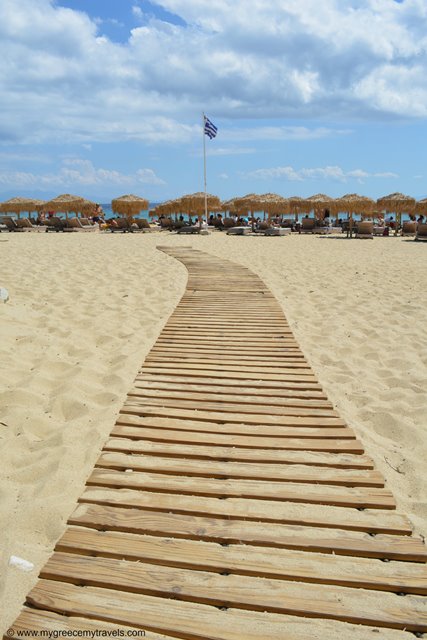 Head even further down to find Agia Anna which sits in a little cove. Very picturesque. Agia Anna is west of Klafatis which is known for its water sports activities.

How to Get to Mykonos

Ferry: There are ferries to the Athens port of  Piraeus and Rafina. Mykonos also connects with other islands including Santorini, Naxos, Paros, Syros, Crete and more.  I highly recommend booking with Blue Star Ferries.

There is a public bus that runs regularly in the summer. It is popular, however, to rent quads and scooters to get around easily.  An international car rental company I can highly recommend is Avis Europe.

Where to Stay on Mykonos.

Check out my earlier post: Where to Stay on Mykonos

For more about what to do on Mykonos, check out my posts on this blog.

Have you been to any of the best beaches of Mykonos that I name in this post?