The Chorio of Kimolos

In the Chorio of Kimolos, ruins were scattered about among quiet stone paths. Walking among them was just part of the experience exploring this Greek island untouched by tourism.

Kimolos calls its main town its Chorio. That is a bit different from what other Cyclades call their main town which is Chora. Slight difference but a difference. 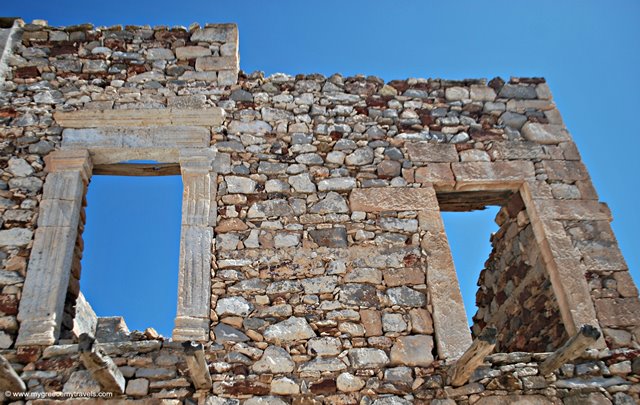 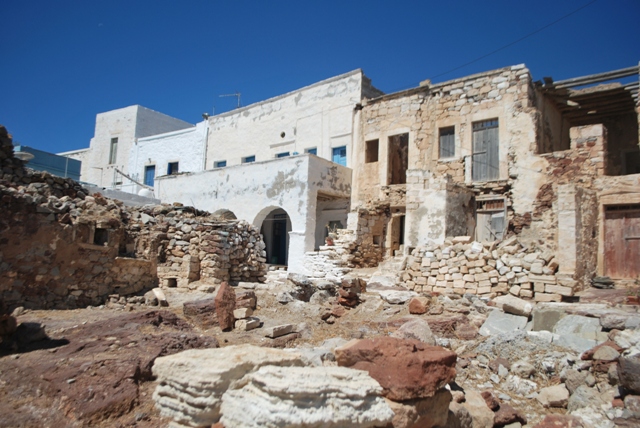 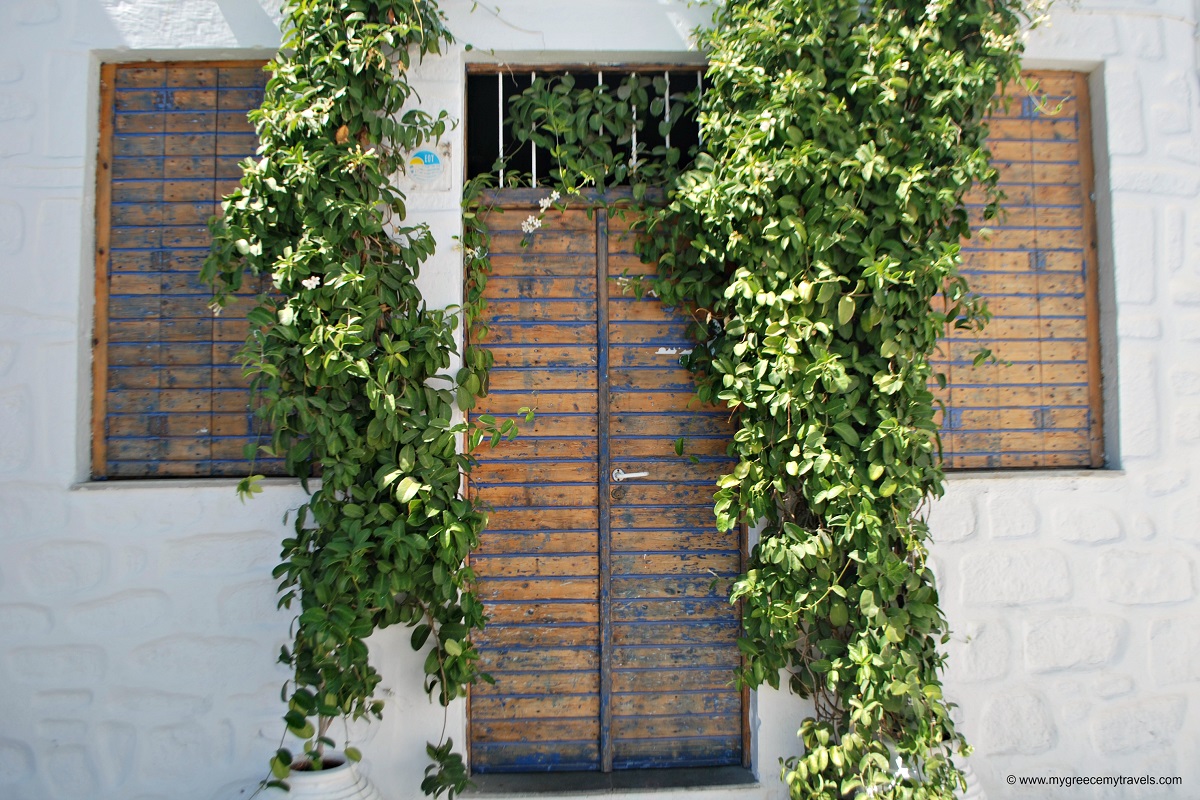 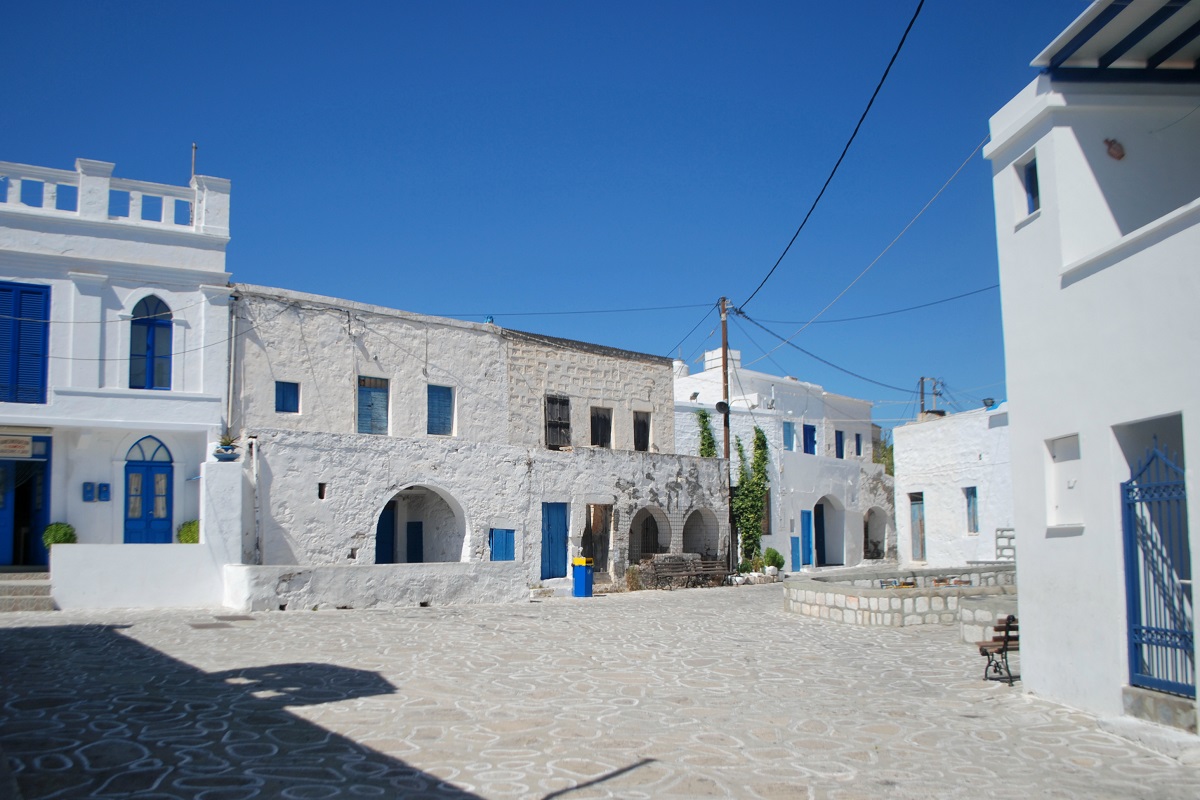 Located on the foot of Mount Xaplovouni, the Chorio of Kimolos exuded a sleepy village mood.  It had the typical Cycladic characteristics I’ve gotten to know: whitewashed lanes, stone paths, bright blue doors and shutters and blue domed whitewashed churches.

However, when compared to other Cyclades, it was bit rough around the edges giving it a kind of authentic charm. Certain parts to the town featured very old buildings that seemed to be falling apart without much repair in sight. 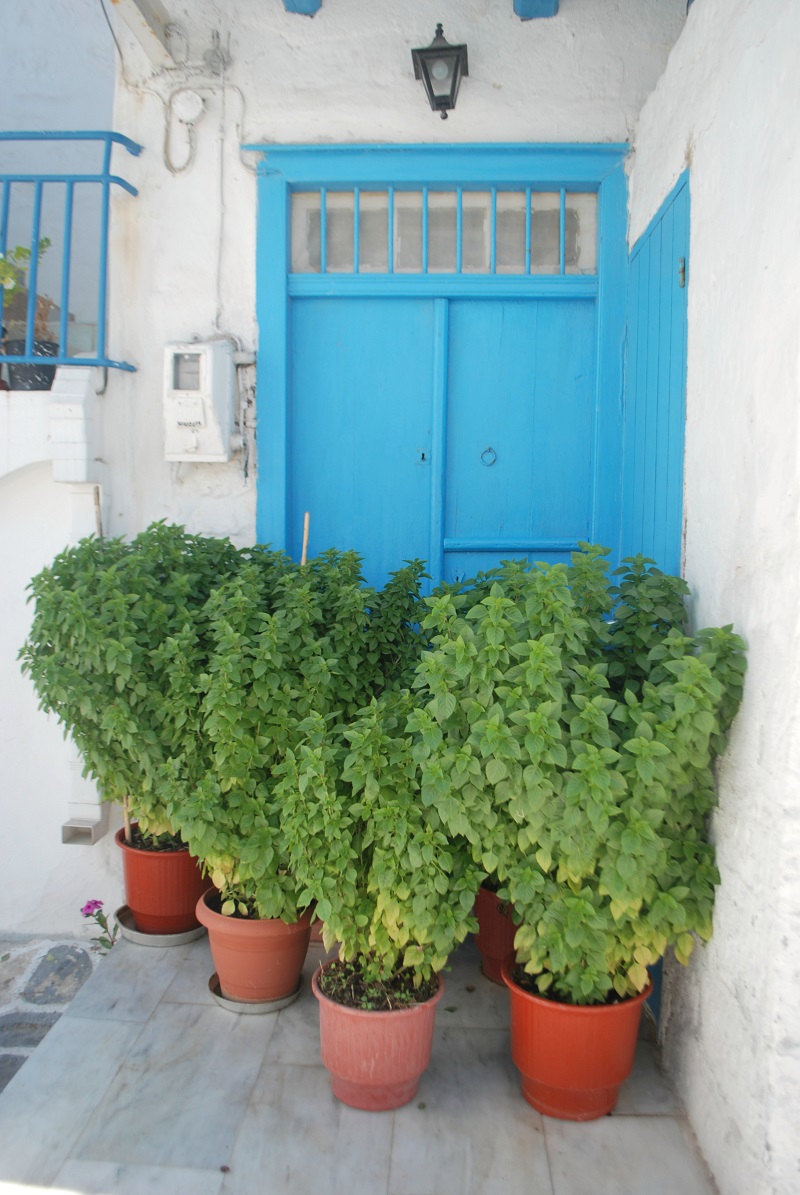 The blue doors of Kimolos. 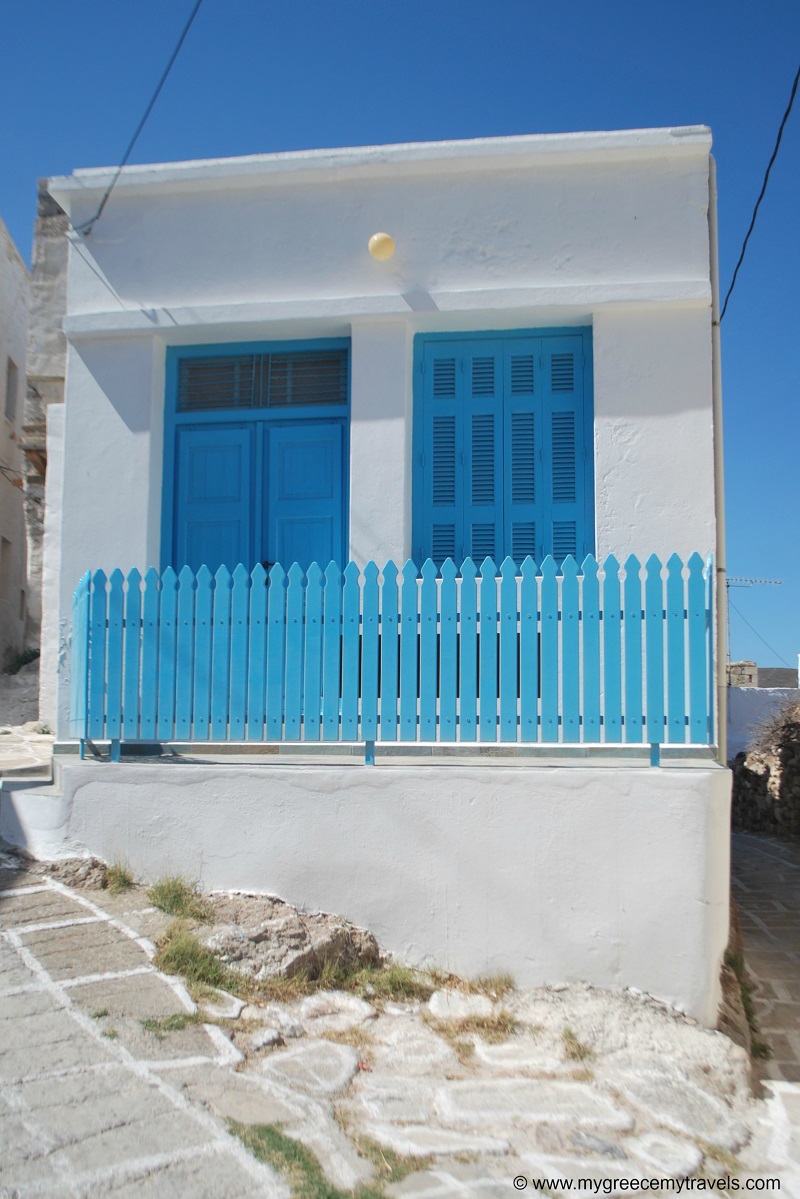 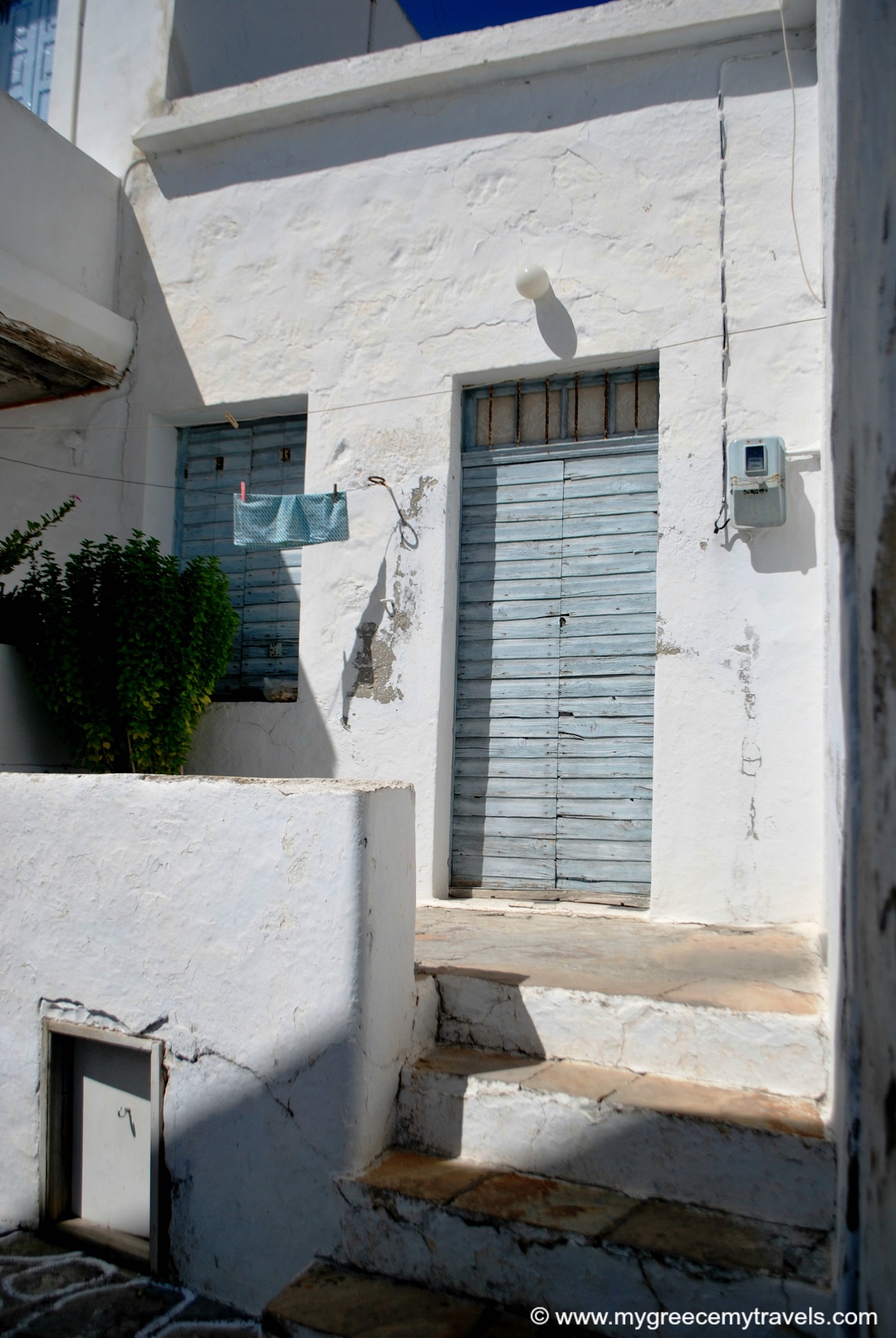 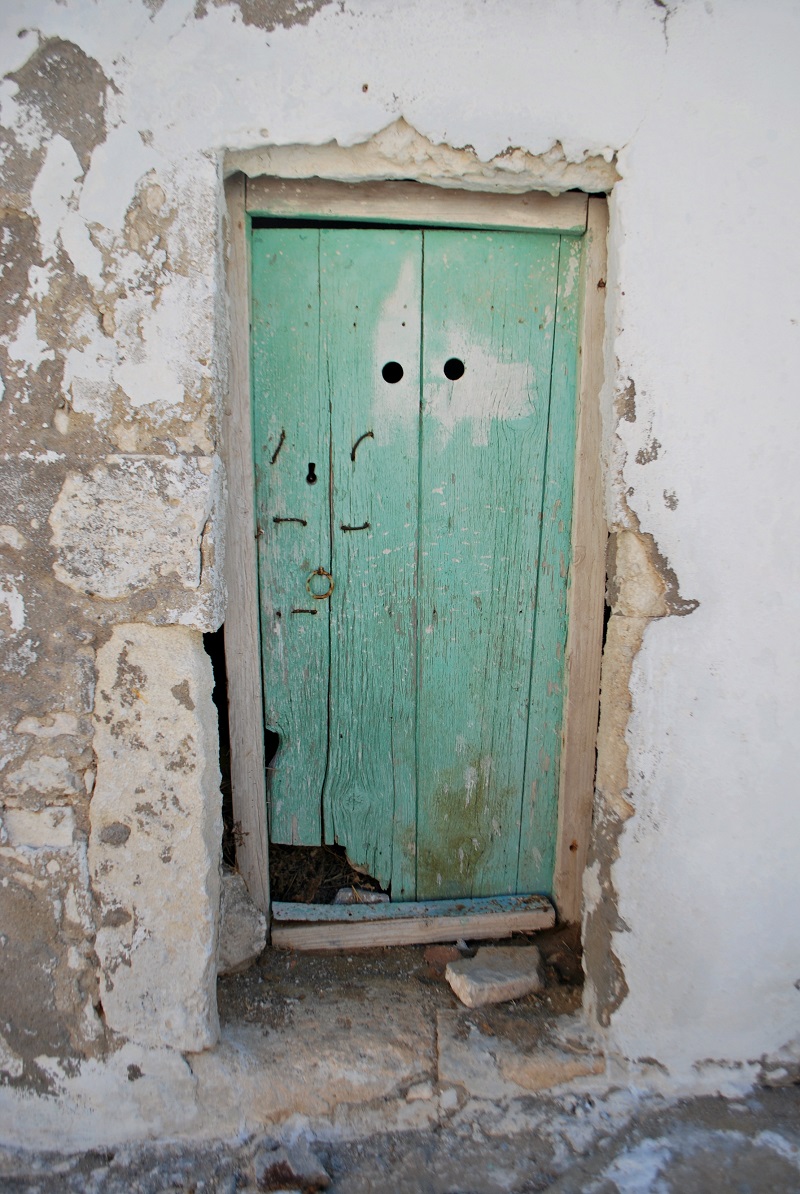 The Castro of Kimolos

The dwellings in the castro or castle part of the main town, stood as they have been for four centuries.

The castro was once a refuge for locals to escape invading pirates, as was the case on the islands. now The castle remains abandoned, a landmark that recalls the medieval realities of Greek island living. 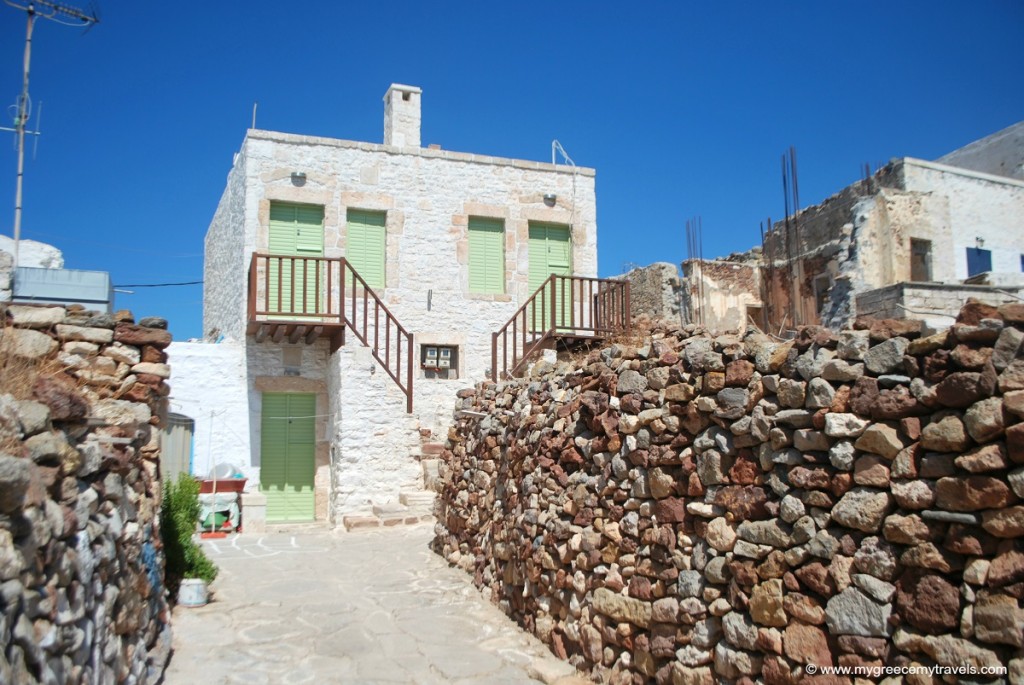 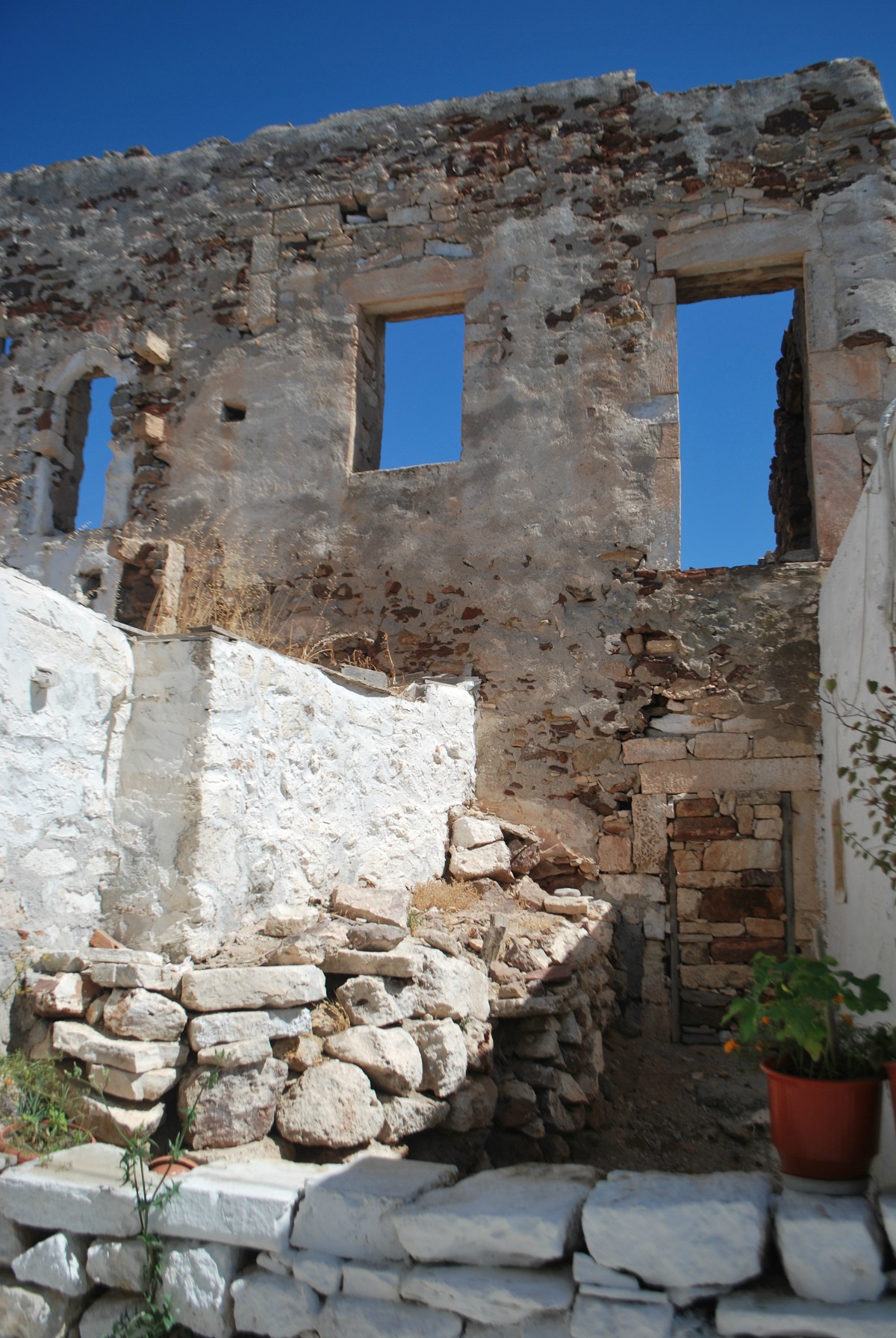 During our afternoon walk we admired the mix of architecture that spanned centuries. Unfortunately, it was common to find some of these historic places simply crumbling away. I wasn’t sure if there was a plan to fix them up.  It was kind of a sea of crumbling bricks and stone walls against whitewashed walls.  We were free to walk through much of it. 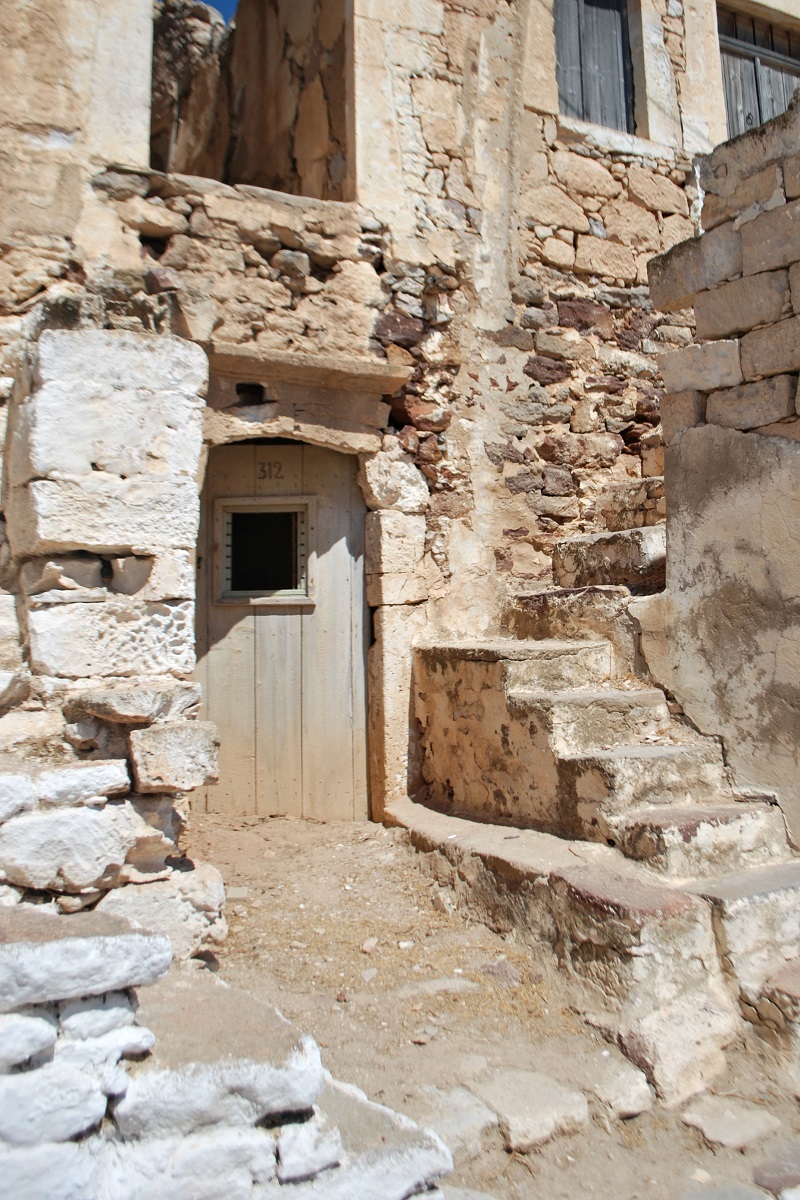 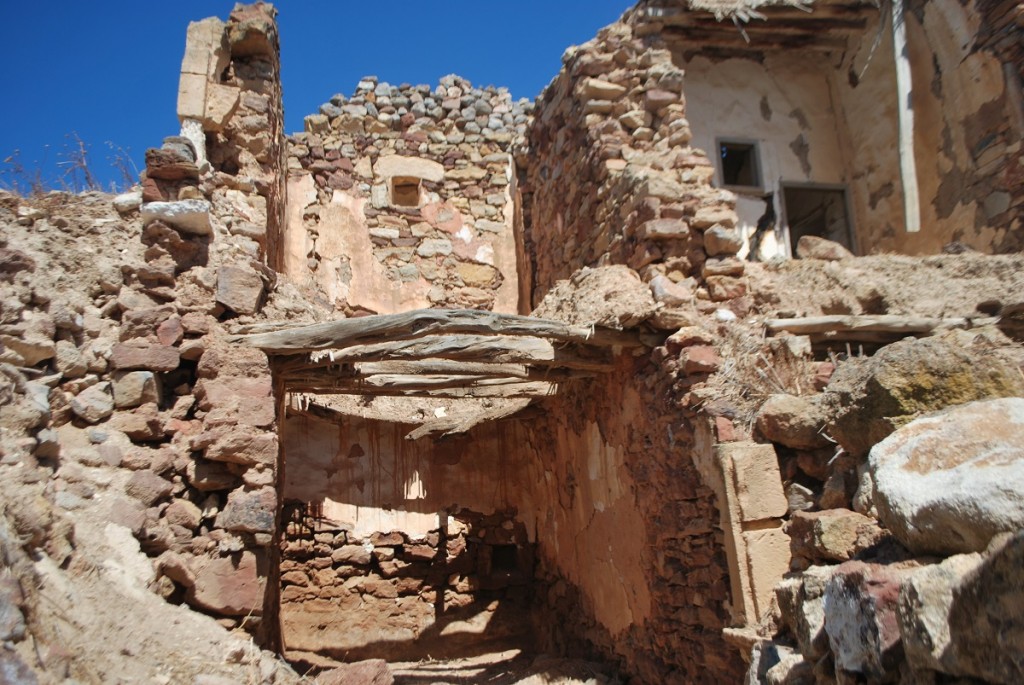 The People of Chorio, Kimolos

What I really loved about my visit to the Chorio was meeting the locals.  We’d strike up a conversation quite easily and they’d tell me a few things about themselves. Some even offered us to come in and sit for a coffee.  It was truly Greek hospitality in every sense of how they approached us.  They seemed to like that I was from New York, living in Greece for so long.  I was more of a curiosity to them, I guess! 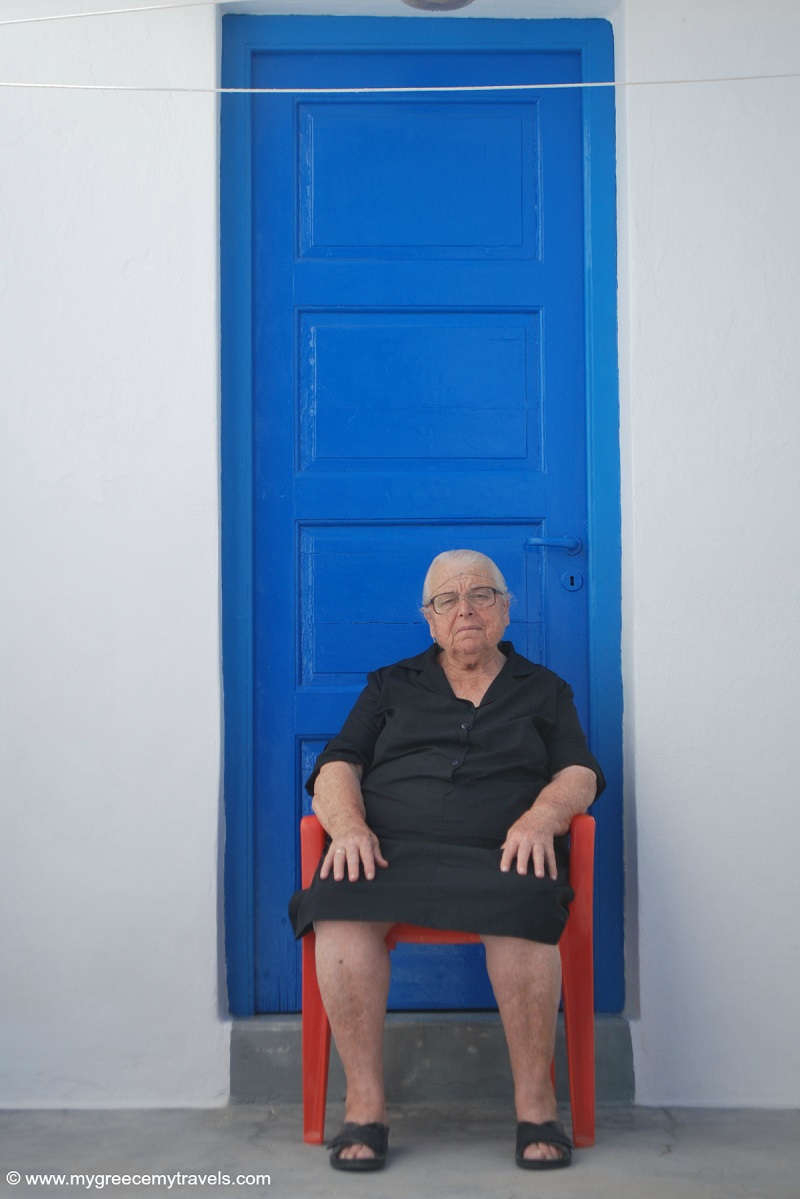 Loved the people of Kimolos Chorio. 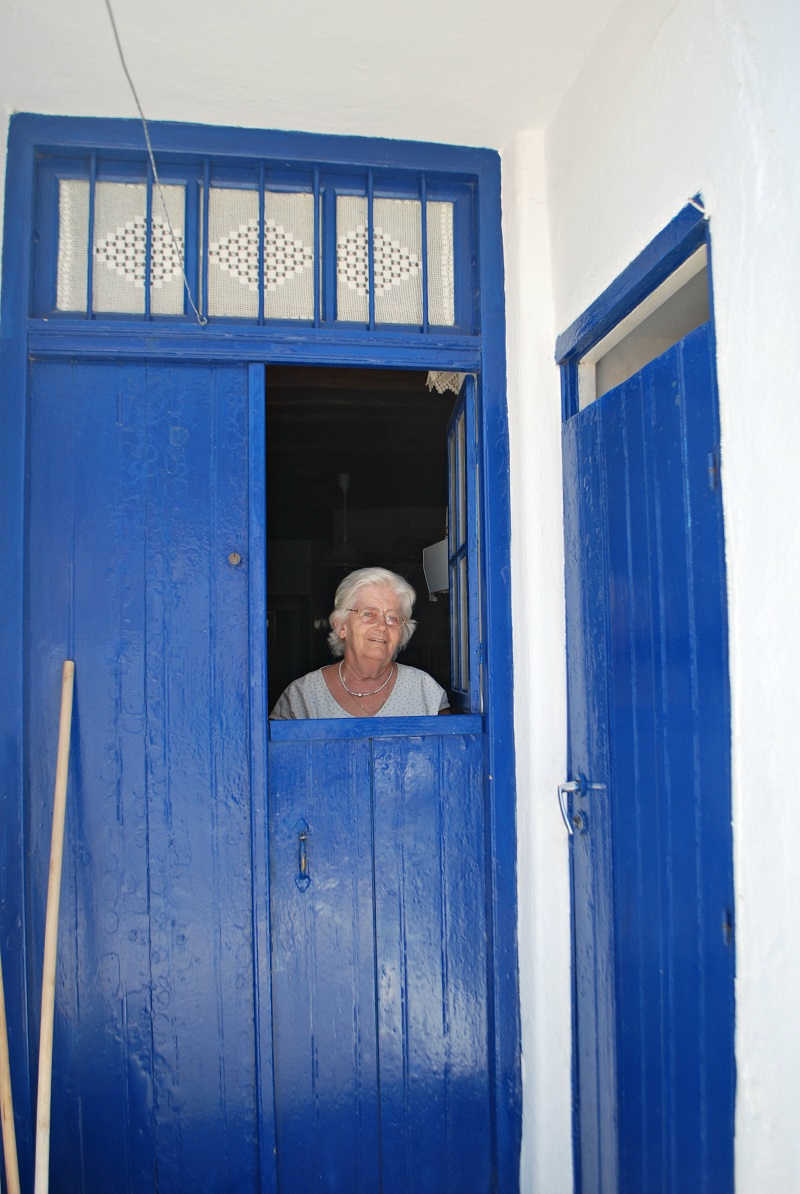 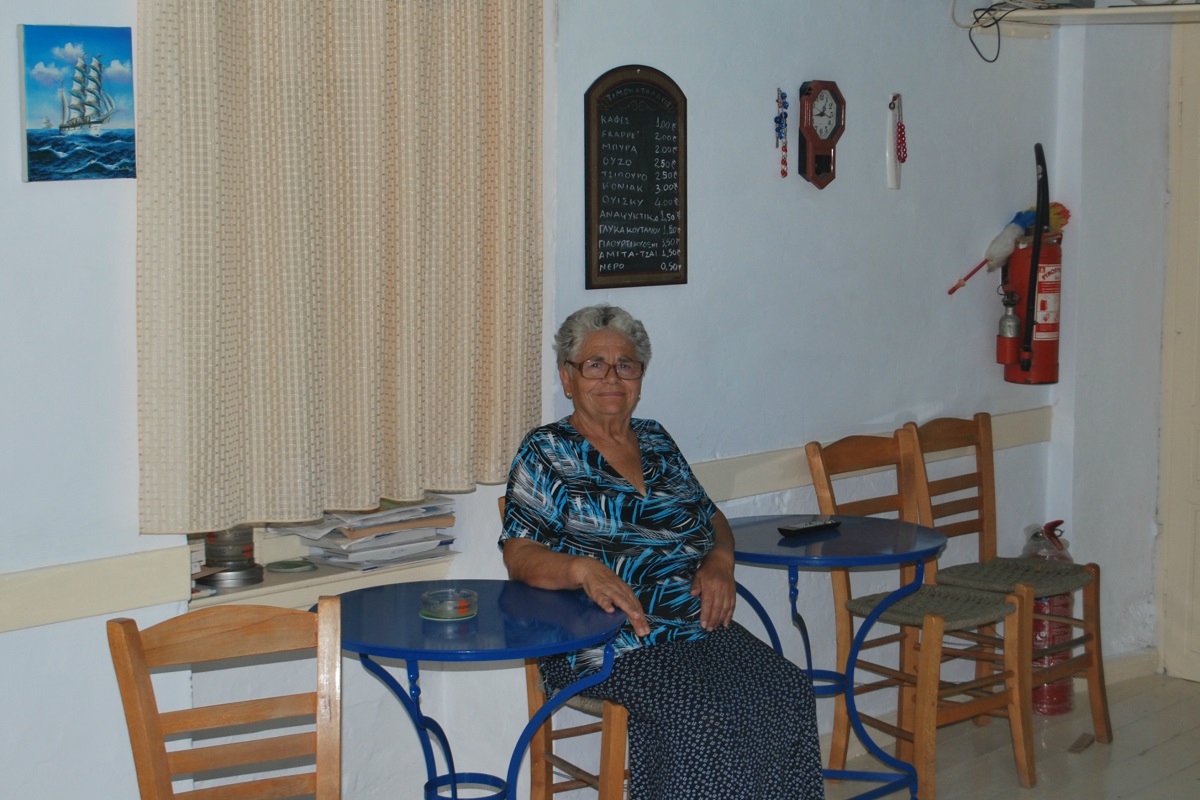 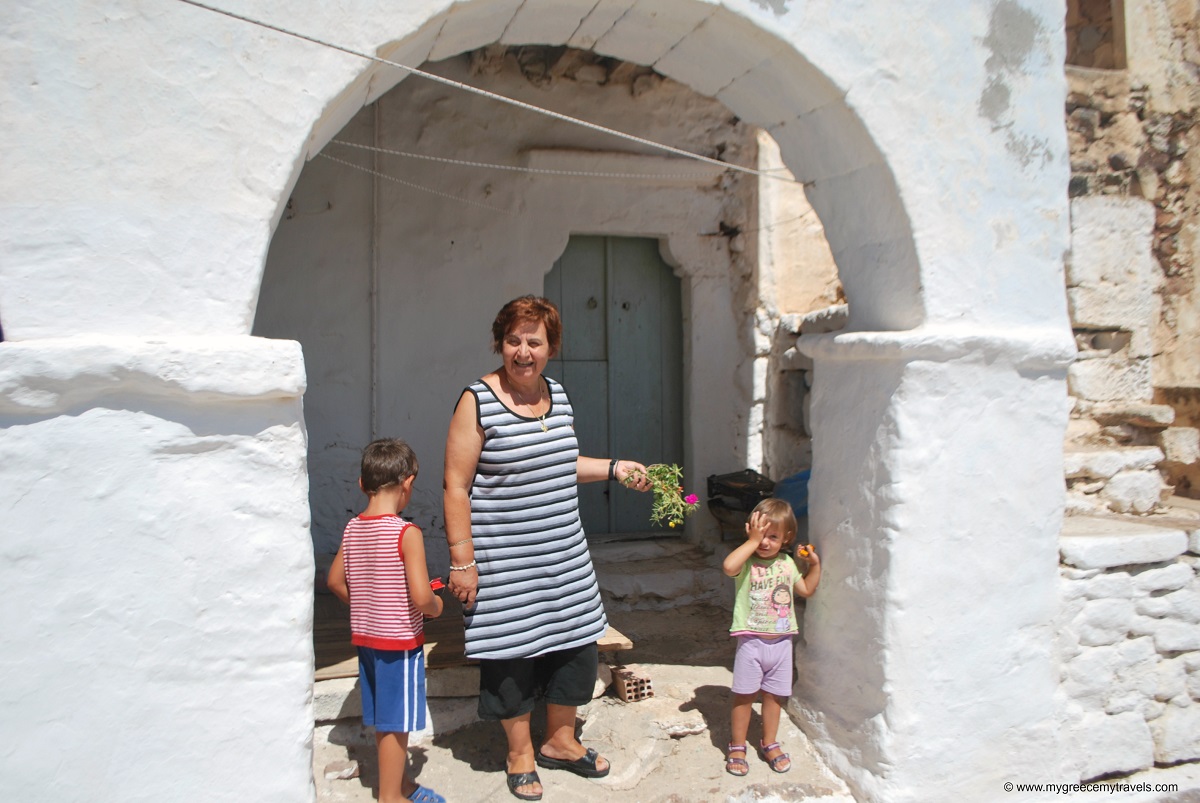 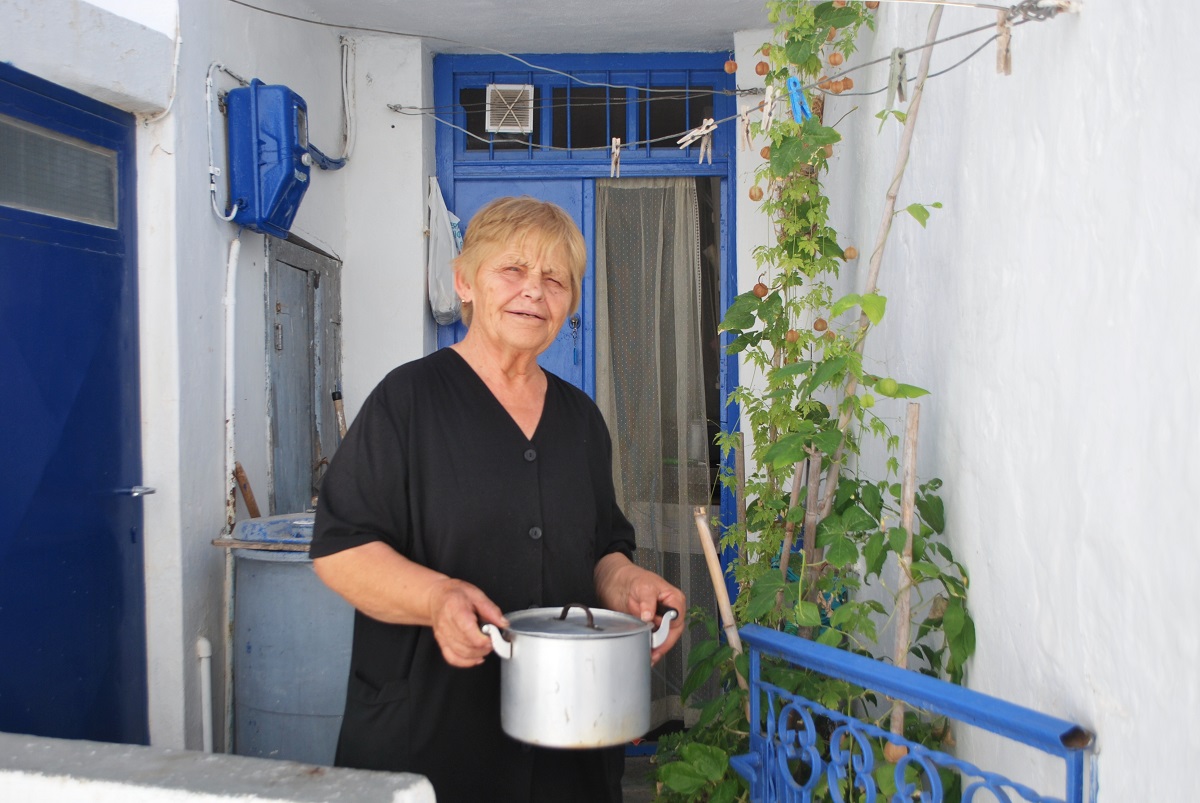 The Churches of the Chorio of Kimolos

Many of the churches were built around 16th and 18th century. 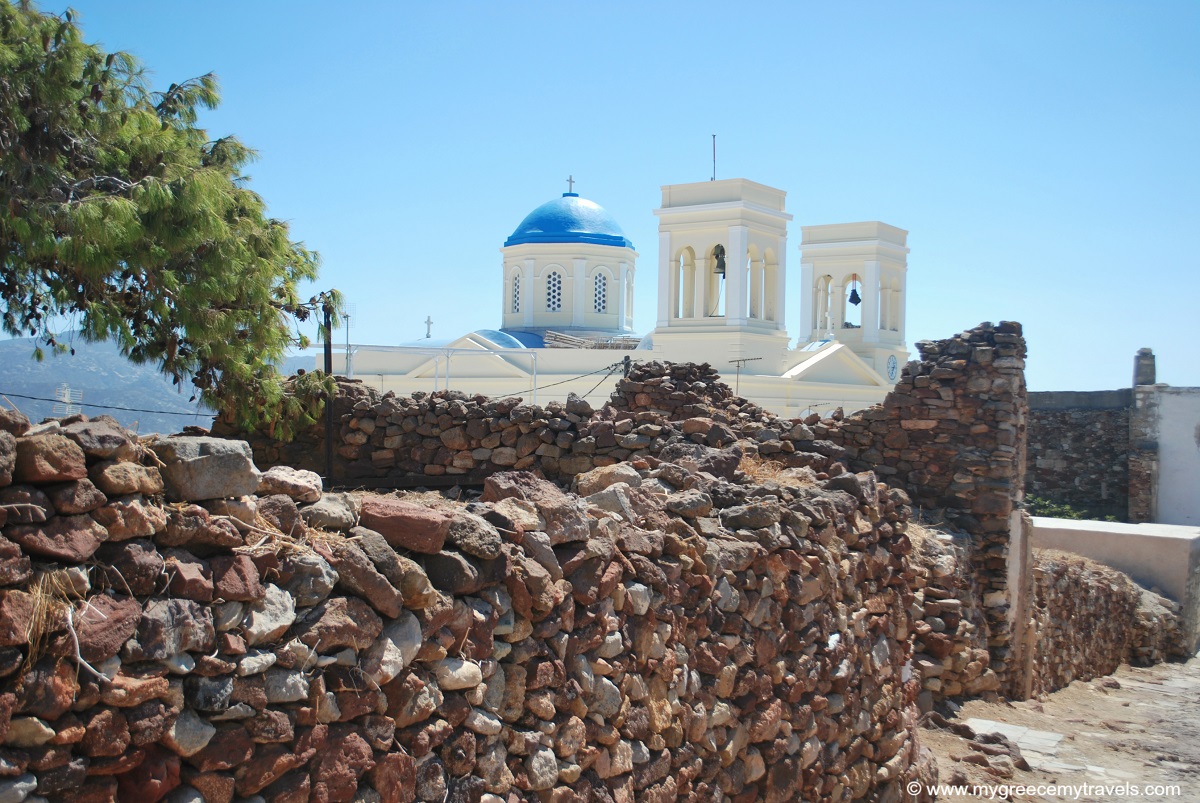 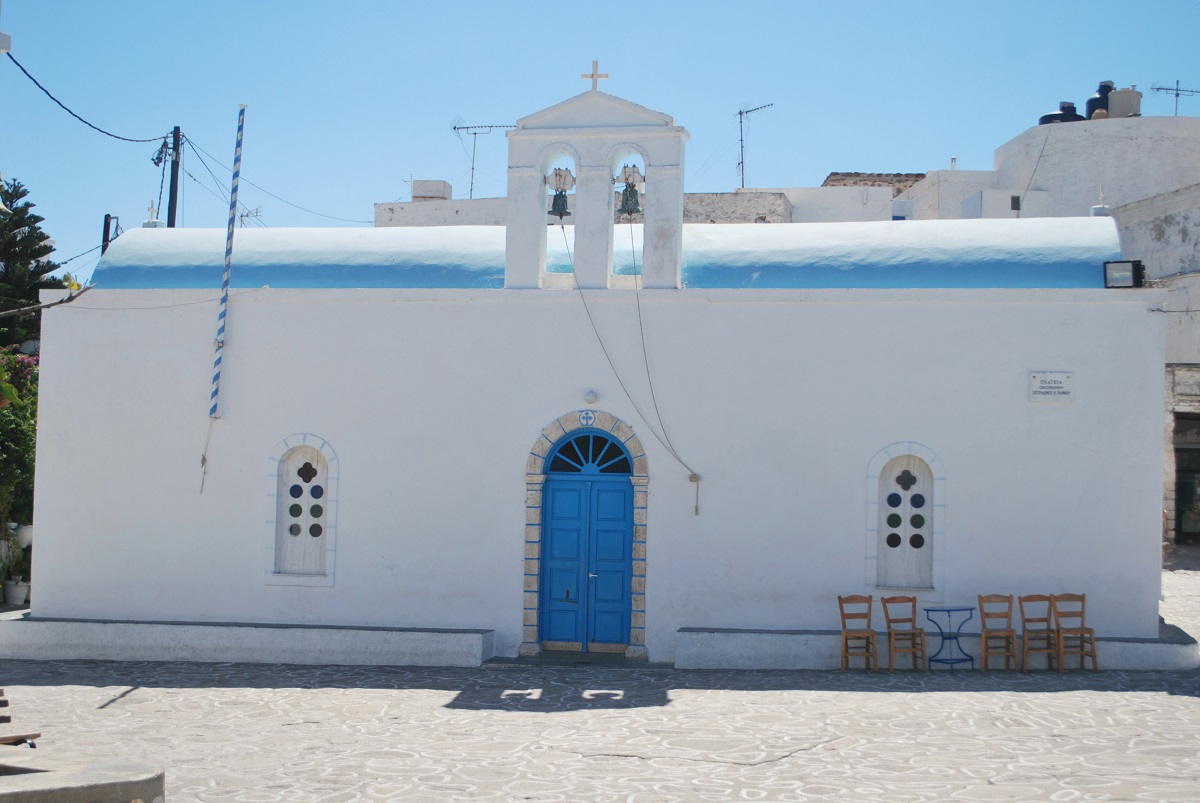 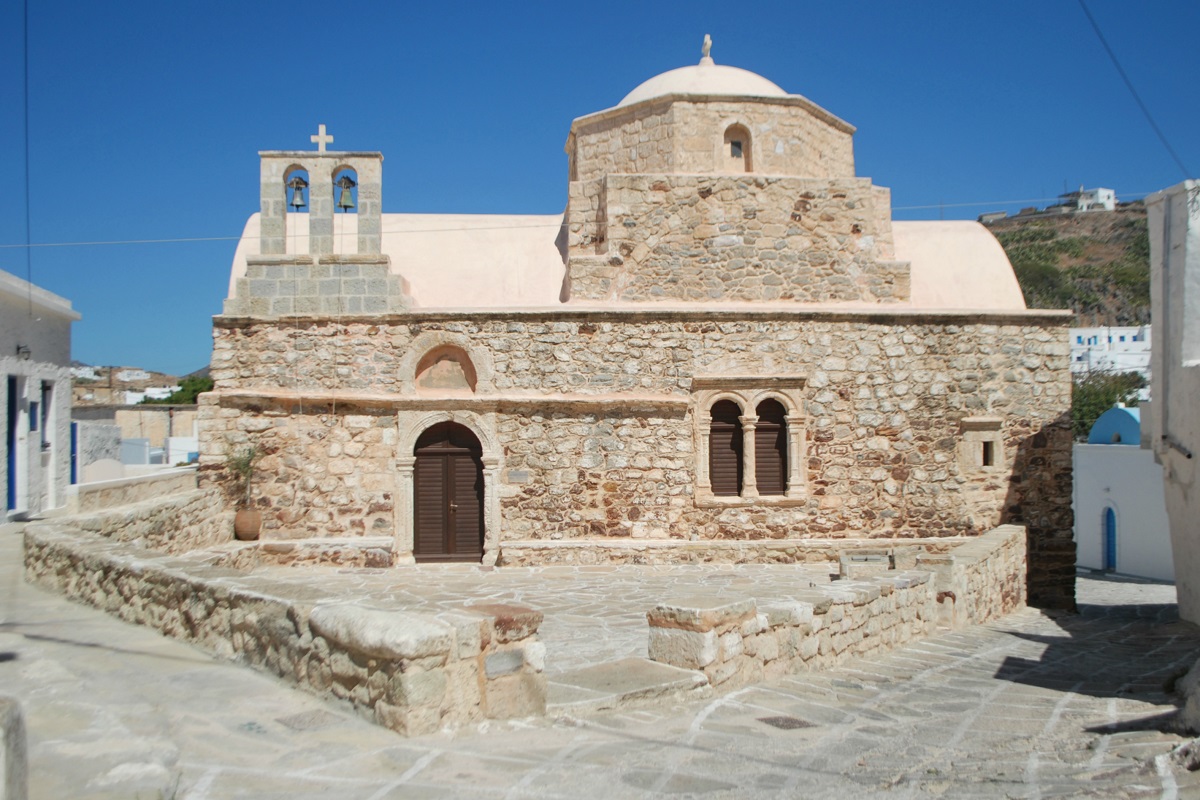 There were just a handful of cafe bars in the Chorio, but mostly it was a calm quiet place – a place where hip and happening bars wouldn’t fit anyway.

A visit to the Chorio of Kimolos  turned out to be a calm and laid-back experience.  A lovely glimpse into life on a Greek island that has been virtually untouched by tourism.  From what I understood speaking to locals, that was just fine with them.  If you do go, they’d be happy to welcome you just the same.

You can take a ferry from the Athens port of  Piraeus to Kimolos. The journey typically lasts 3 – 6 hours depending on the speed of the boat.

Have you ever been to Chorio in Kimolos?