Discover the Wonders of Kavala Greece

Even with the vastly different travel experiences there are, you’ll find that Kavala is a destination that everyone is thrilled with. The city, considered the third most beautiful in Greece, is a seaport of eastern Macedonia and beautifully situated on the Bay of Kavala.

The fascinating city is situated 680 km from Athens and 150 km from Thessaloniki. You can reach it easily as it is considered to be one of the biggest transport hubs in Northern Greece. 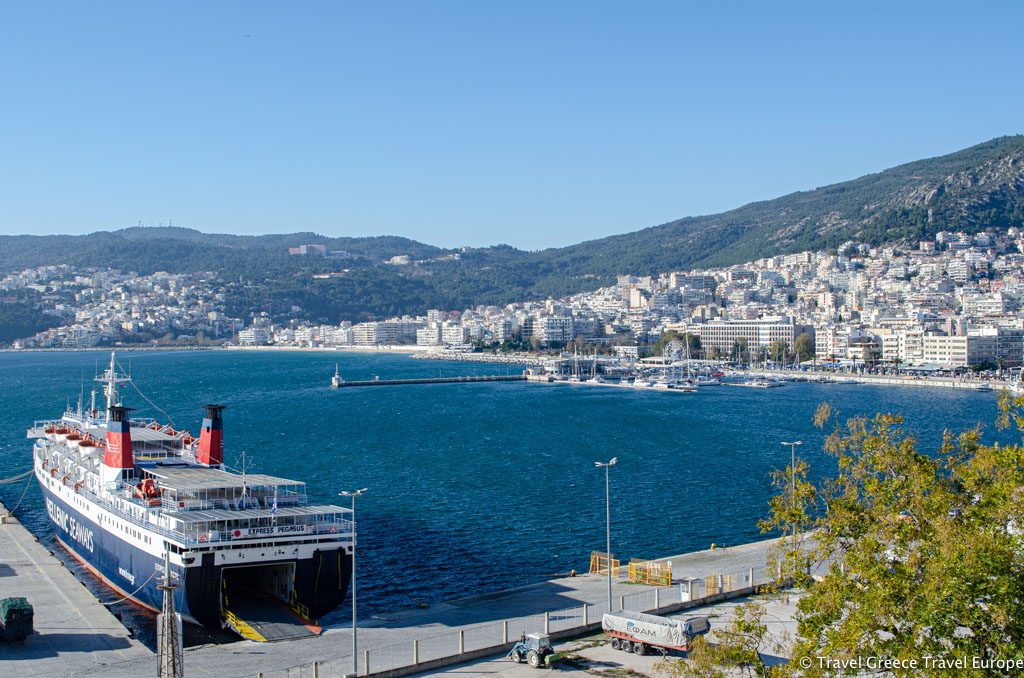 As a large seaport, there are also many ferries from Kavala departing for the number of islands of Northern Greece. Travel time to many of these islands is about an hours.

Discover the Wonders of Kavala Greece

The Greek city is fascinatingly built like an amphitheater on the slopes of Mount Symvolo and full of awesome historic buildings. In fact, the old town of Kavala, known as Panagia, has some fantastic architecture, taking you back to certain periods in its history of Kavala. Even Panagia houses are well worth looking at as some have been beautifully preserved. 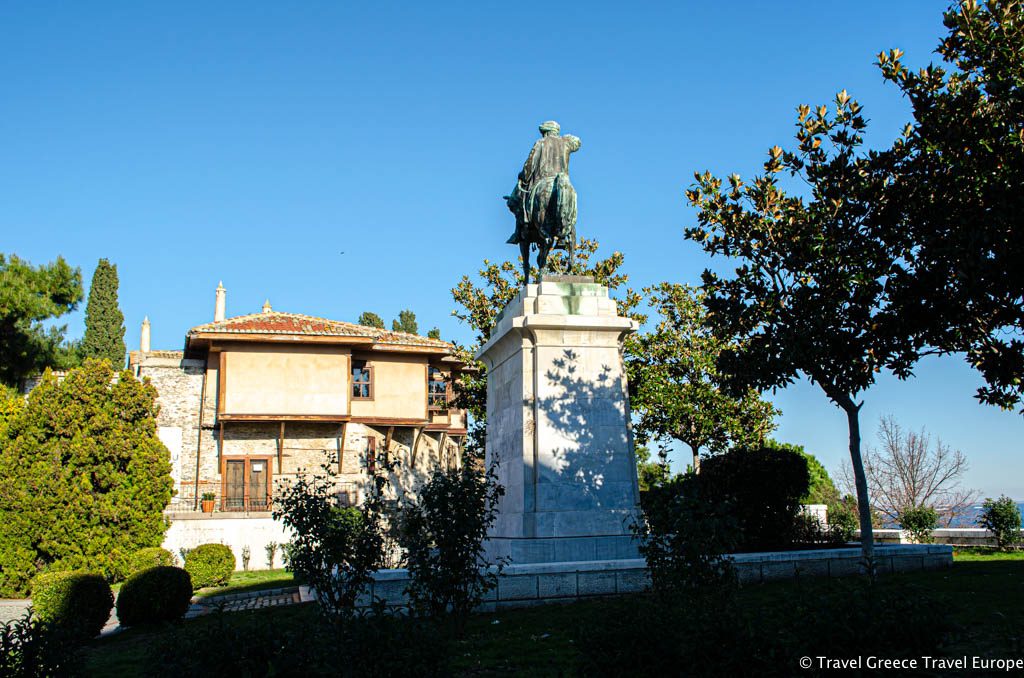 The city is fortified too, and its imposing castle, destroyed way back in 1391, has been rebuilt several times by the Byzantines before its destruction in 1391 before the Ottoman Empire took control of the city. The current structure is mainly from the Ottoman reconstruction of 1425. Romantics will love strolling around the ancient landmark at night as it is attractively and romantically illuminated. 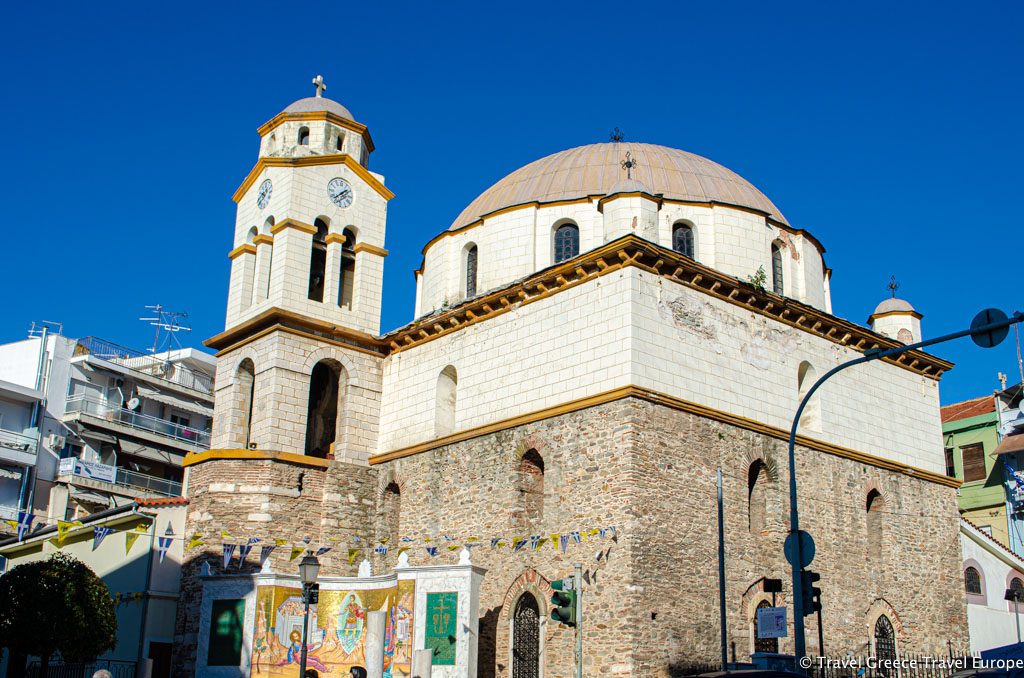 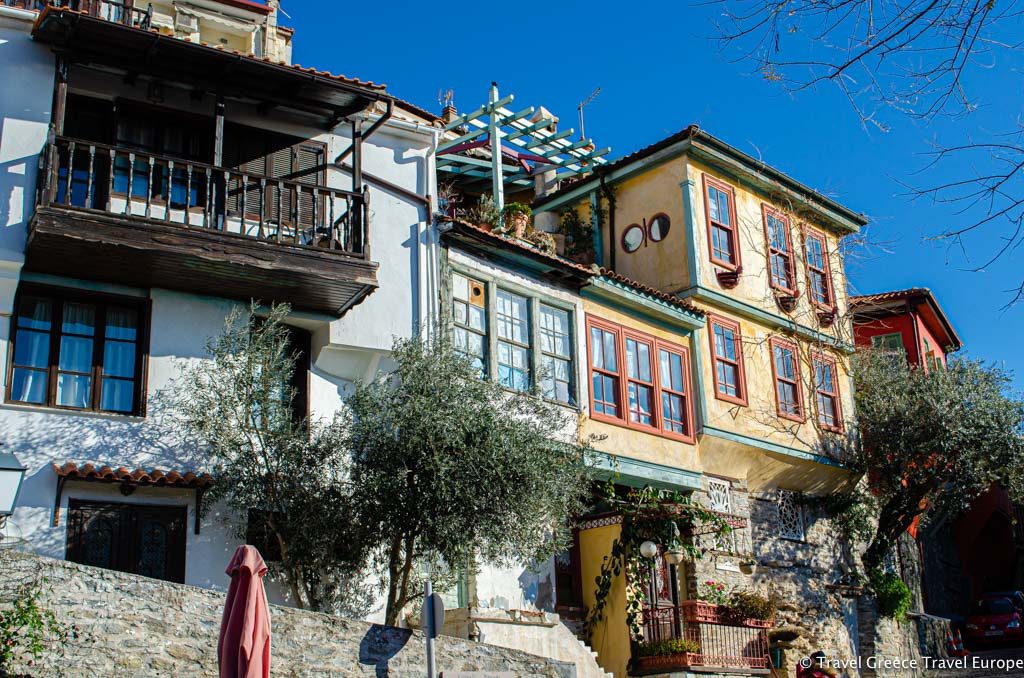 ‘The Monaco of Greece’

With so much beauty and character, the Kavala people fondly refer to their city as ‘The Monaco of Greece’. Not only that, Palio is a small village with a beautiful beach which the people of Kavala love to use, and it too is fondly referred to as ‘Saint Tropez of Kavala’.

It’s a small village but it has some large, luxurious homes as well as restaurants, bars and clubs. It is a costly place to have a holiday, but well worth a visit to catch a glimpse of how the rich live their lives. 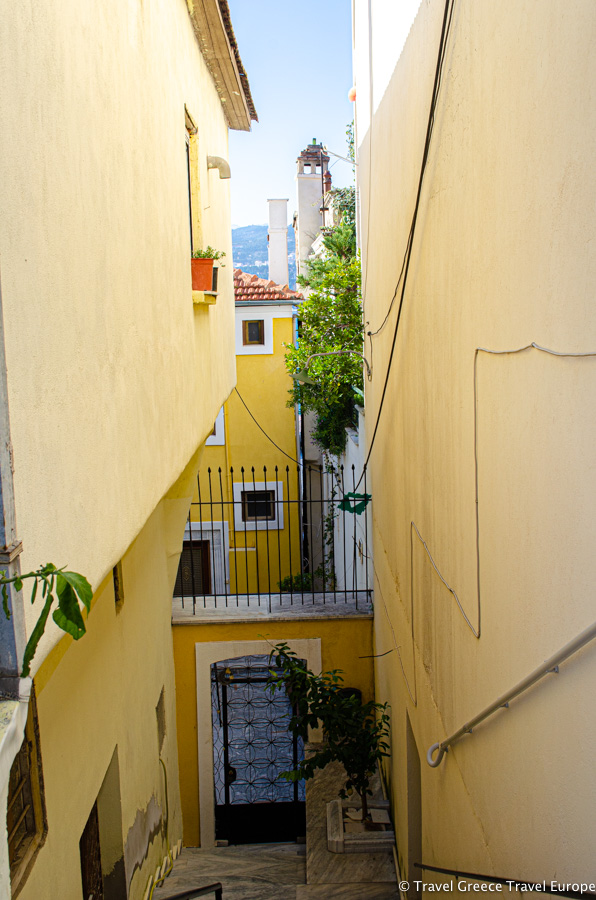 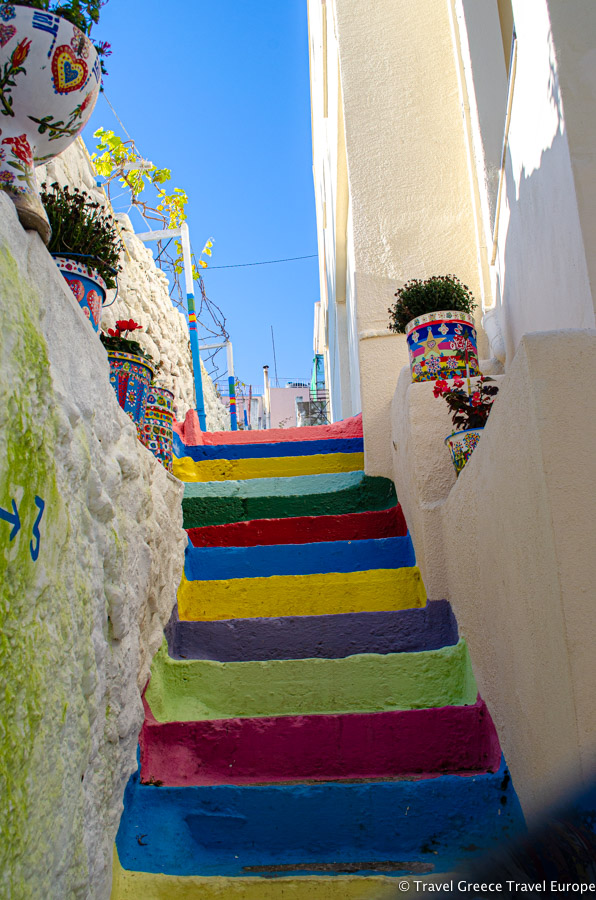 Depending on the time of year you visit Kavala, you’ll find ferries, yachts, fishing vessels and cruise ships all dropping anchor at Kavala’s ports on their way to the North Aegean Islands. The different ferry companies provide services all year round.

Fresh Fish a Staple of Kavala 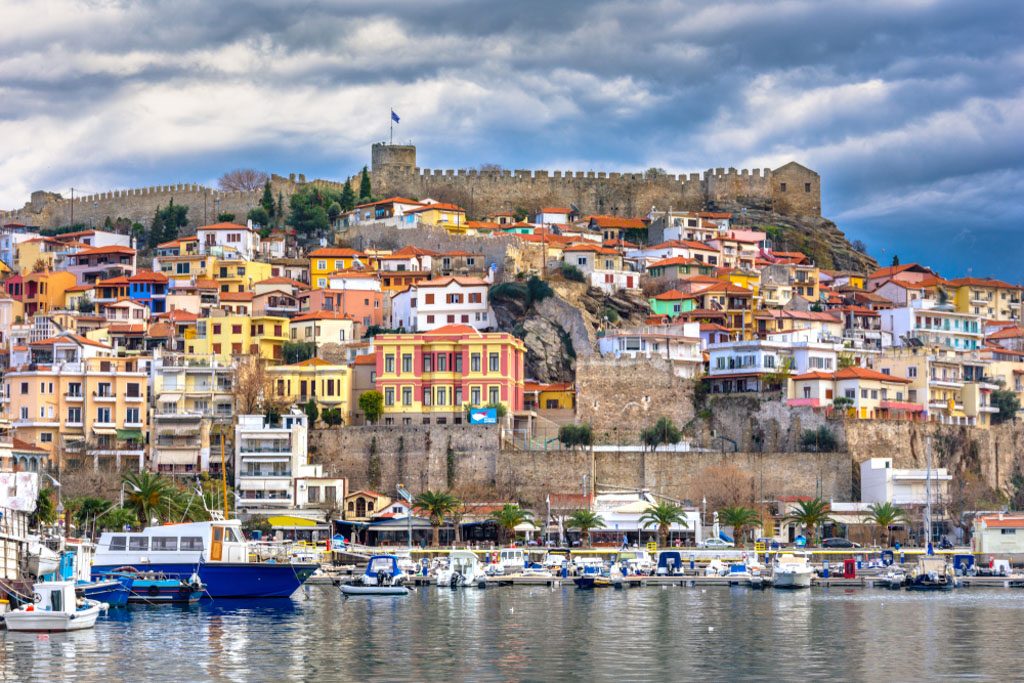 You’ll find lots of cafes, restaurants and bars along the promenade at the port. Locals and visitors are lured in by the decadent aromas coming from the wonderful local cuisine as you stroll along the promenade. Of course, fresh, succulent fish is a staple, brought in by the fishing vessels.

The new floating piers have improved the quality of services offered as well as the number of vessels docking at the port of Kavala. Fishing vessels bring back all kinds of fresh fish and locals and holidaymakers are there to buy the fish. They love visiting the fascinating little cafes to try out fried sardines, mullet and mackerel. 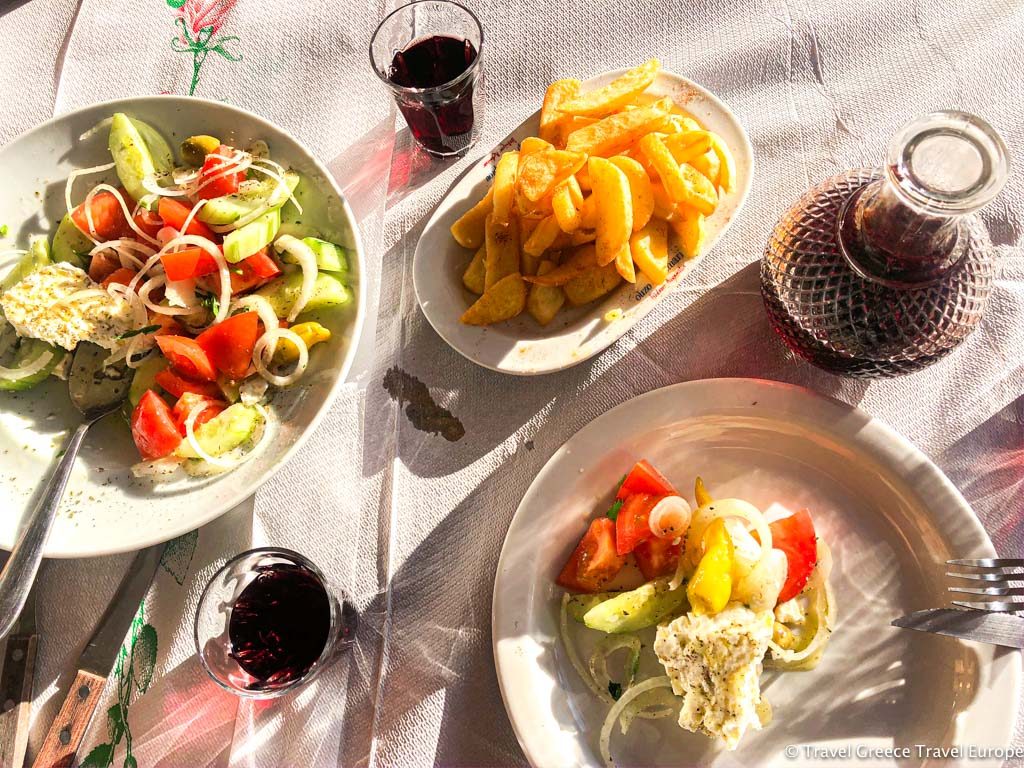 Meat, fish and fresh vegetables with names such as Souvlaki and Moussaka are enjoyed with fine local wines, and the lively banter in the fish shops together with great food will see you coming back for more. Sousouro Restaurant in Kavala Greece offers delicious Greek cuisine as well as your traditional burger. The food is relished and enjoyed while listening to live Greek music.

Book a Fantastic Kavala Trip and Soak Up the Sights 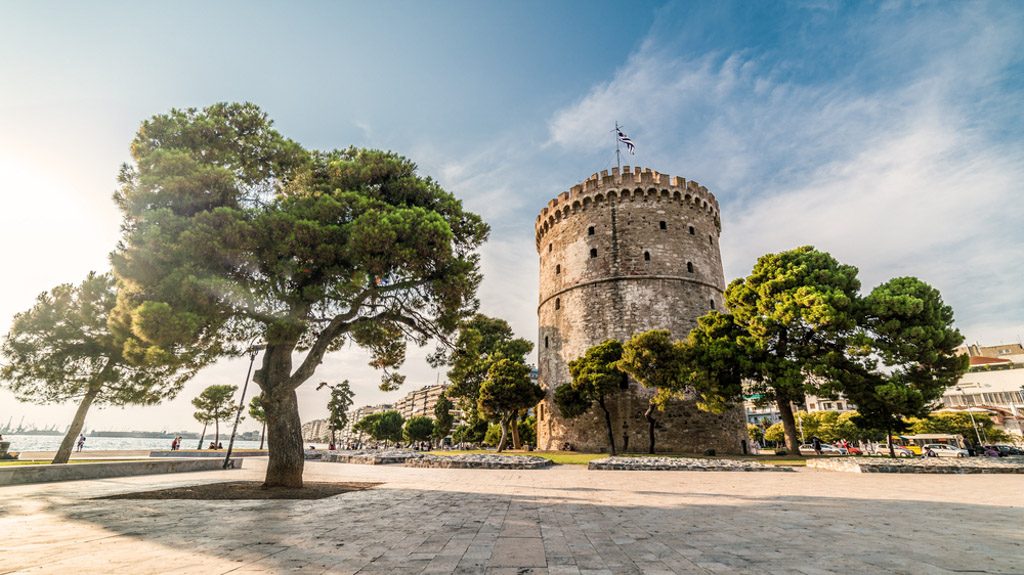 Kavala is just an hour-and-a-half drive to Thessaloniki. Thessaloniki Greece is the capital of Macedonia Prefecture, and after the capital Athens, is the 2nd largest city in Greece. Thessaloniki Airport is the main airport in the north of Greece. At the airport you can rent a car from some of the well-known car rental companies such as Hertz, Avis, Thrifty and others.

This close-lying city is well worth a visit, being the 2nd largest city of Greece and a magical modern metropolis.

There is an abundance of archaeological museums of Byzantine Culture and the city also hosts a number of festivities, one of which is the Thessaloniki International Fair, held every September. The theater festival too, from July to September is an unforgettable event where everyone can become involved in the cultural life of the city.

There is a festive atmosphere during this time and different venues such as Imaret and Mohammed Ali’s Garden are used to host events. As it is, traditions of Orthodox Christianity are respected in Kavala Greece and religious holidays are celebrated, with Easter and the Assumption of the Mother of Christ being just two of the most important holidays.

If you’ve already been to- and enjoyed Kavala Greece, you’ll have no doubt shared your pleasant experiences with all your friends and family. One of these is most certainly a day trip to Philippi. 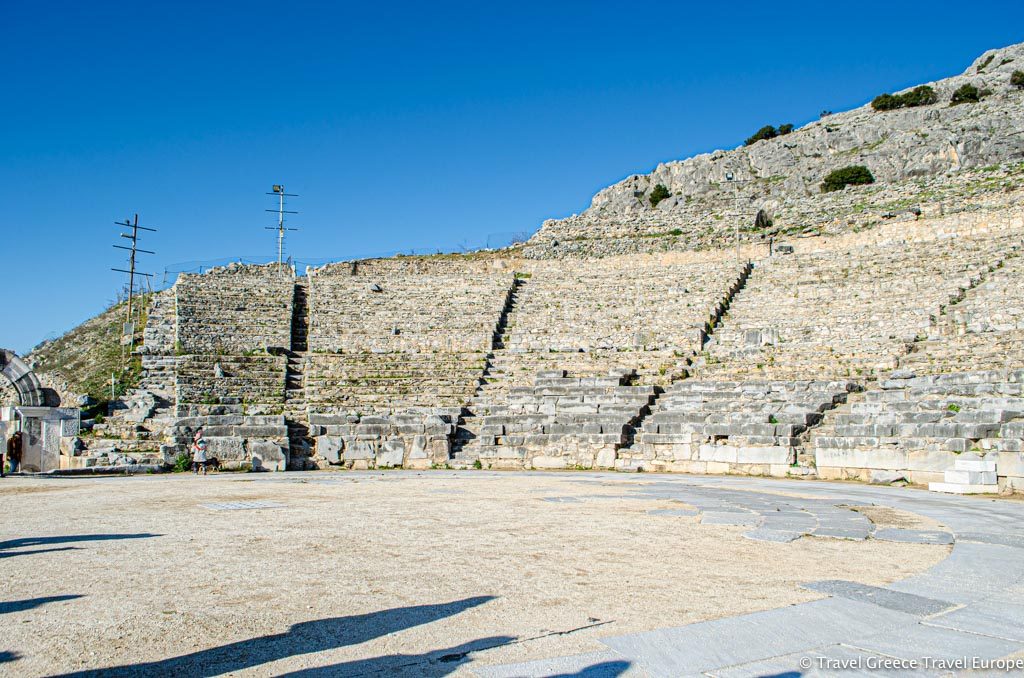 A guided tour is great if you are visiting a place for the first time and you aren’t sure of local customs. Also, you may have difficulty accessing certain places as an individual.

Guided tours of Kavala Greece are cool because all the logistics such as transport, places to eat and event tickets are taken care of and cheaper group rates are also negotiated. 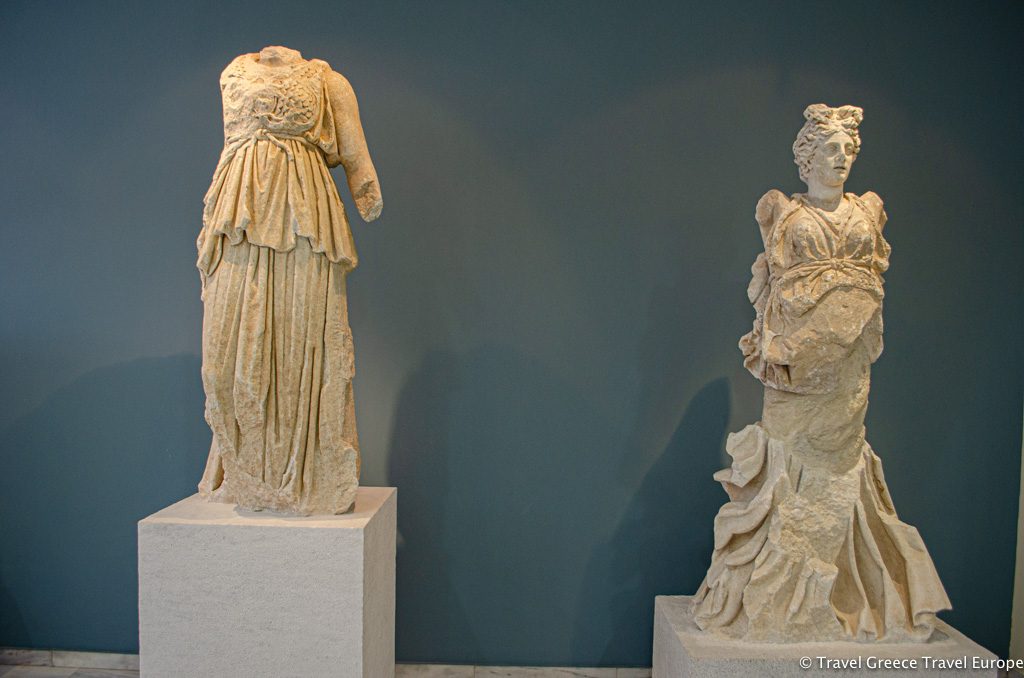 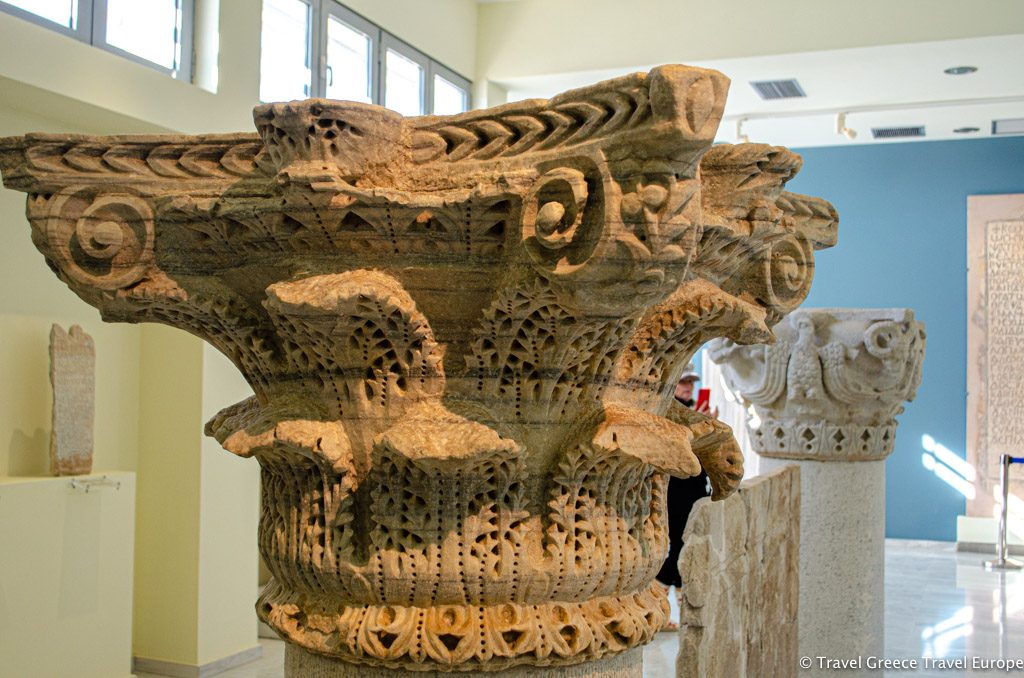 You’ll see a lot of ancient artifacts that have been unearthed and also restored. In the Archaeological Site of Philippi. You’ll certainly want to visit the Acropolis with a tower that dates back to the Byzantine period – its theater having been built in the 4th century BC. 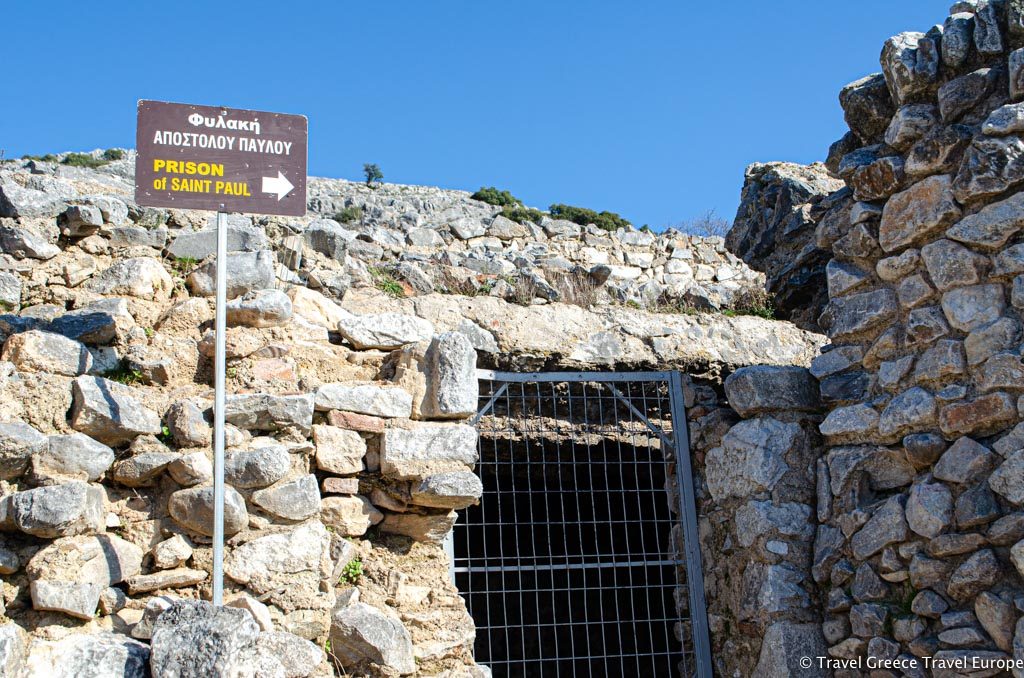 There are other old buildings such as the prison of St. Paul, tombstones, and a Greek theater with architectural remains. You’ll also see fascinating places such as Lydia’s Baptistery. In the Bible she is known as Lydia of Thyatira – the woman of purple. 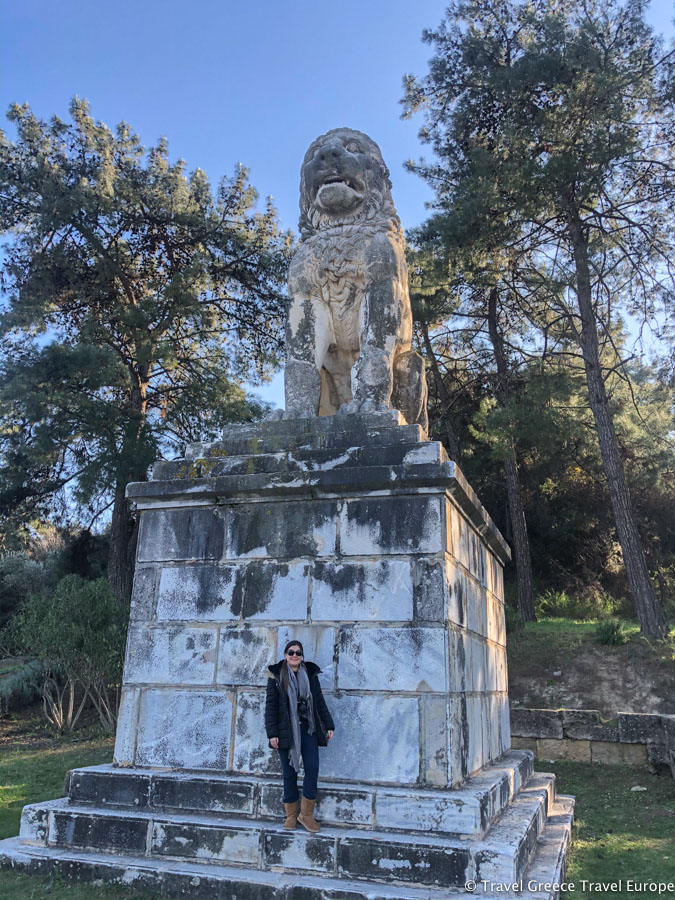 The great Amphipolis Lion statue is another sight to behold. This magnificent carved stone Lion, 5.3 meters high, was first found on top of the Great Tomb at Amphipolis but was moved to its current location, a number of kilometers from the ancient city of Amphipolis in Macedonia.

The Kasta Tomb or Amphipolis Tomb was discovered inside the tumulus near Amphipolis,  Macedonia in 2012. The ancient  tomb has only recently been discovered and is the biggest ever discovered in Greece. 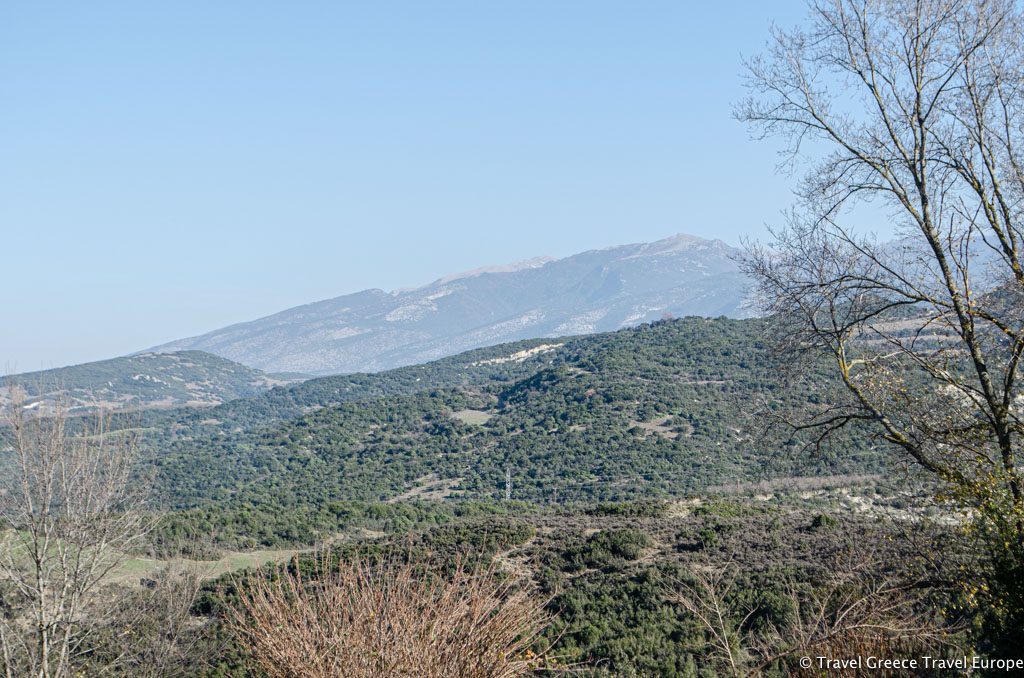 The site of the Kastra Tomb

There are two marble sphinxes that guard the entrance to the tomb as well as there being other statues to other compartments of the tomb. 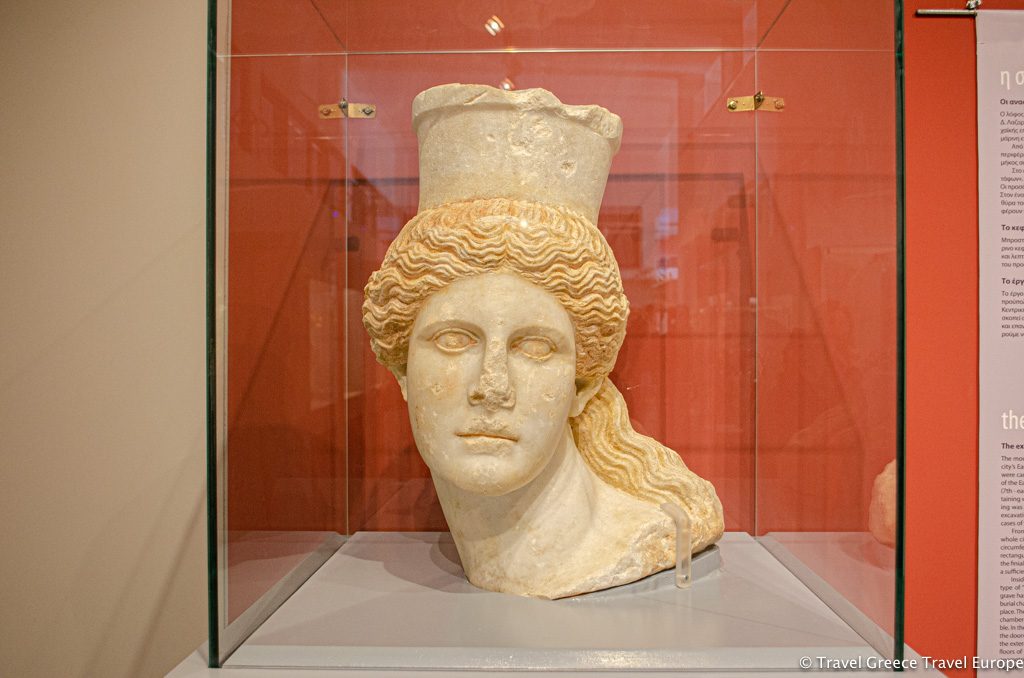 Such wonderful discoveries have meant the authorities requesting police guard at the dig site. The site is also going to be declared a World Heritage Site. 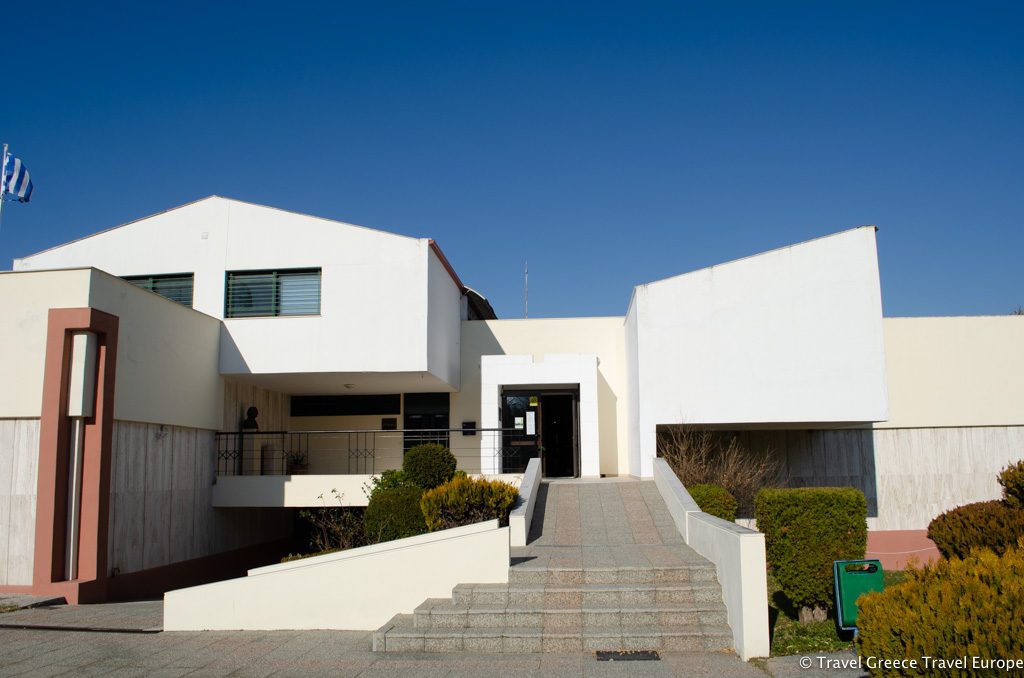 It was during 2017 that Lydia Koniordou, Minister of Culture, announced that the tomb only be made accessible to the public in about 3 years’ time, and that possibly means 2020 although there have been delays and it no opening date has been announced yet.

1. Kavala is a popular place to visit in the summer. Temperatures can reach 30-35 °C. The beaches and their fantastic opportunities for water sports is a major attraction. 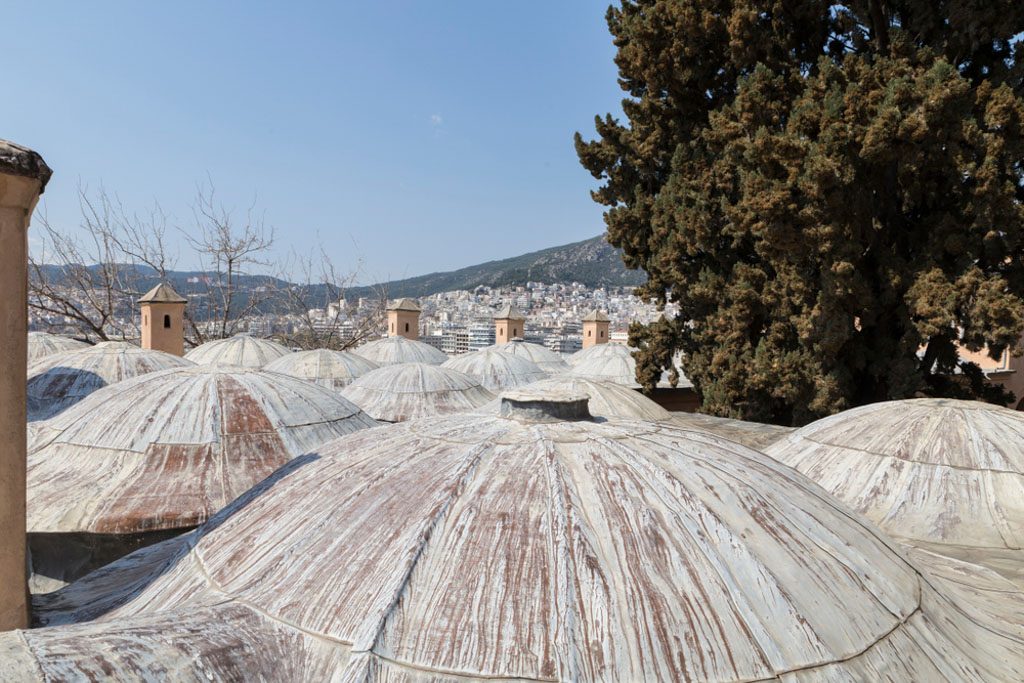 2. Getting around in Kavala is made easy for locals and tourists as there are rental cars, buses, boats, scooters and bicycles. It is popular to make use of buses for long-distance travel between the different cities. Hiring a rental car will require you having an international driving license.

3. English is well understood in the city – on the beaches and at your hotel.

4. Many shops and businesses close for siesta time between the hours of 13:00 to 17:00, but this is essentially during summer time when it becomes very hot.

5. The Euro is Kavala’s currency. Debit and credit cards are accepted and the towns have ATMs. Because the ATMs are often out of order it is best to always have cash on you.

6. If you’re looking to take home some cool souvenirs for family and friends, Yiassou Greece Store has a great selection of locally produced handmade creations. These include the likes of clothes, leather goods, jewelry, sandals, and even tiny bottles of olive oil, spices, wines and Greek cookies.

7. Kavala Greece has excellent accommodation – 2, 3, 4 and 5-star hotels which start at basically €50 a night and can be about €160 a night for a luxury 5-star hotel such as the Lucy- or Imaret Hotel. These hotels offer breathtaking views and exceptional hospitality. 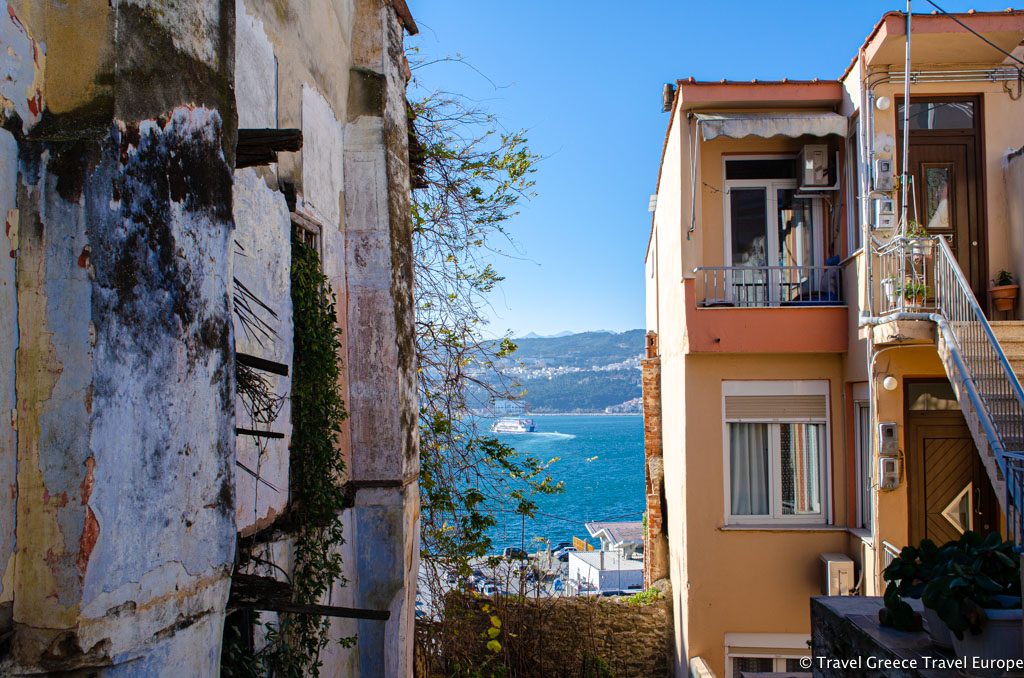 If you want something more homely and more affordable, Kavala Greece offers lots of great guest houses such as Guest House Kavala, beautifully positioned near Rapsani Beach. Beachfront accommodation like this offers all the amenities a traveler wants to ensure a comfortable stay.

8. As a visitor to Kavala, emergency medical support is available by means of the universal emergency phone number ‘112’ as well as the toll-free ‘166’. If you’re an EU citizen, your European Health Insurance card will cover you for most medical care. There is also worldwide travel insurance to look at and which can be bought online.

9. Once the day gives way for the night, Kavala comes alive with another kind of beat. Wine, beer and cocktails can be enjoyed at any one of the bars and clubs in Kavala. Whether it’s Havana Club or the Central Cafe Bar, you can be carried away with music and dance and the vibey party mood that will entertain you till the wee hours of the morning.

10. If you’re an outdoor enthusiast or adrenaline junkie, there are so many exciting activities to get your heart racing. You may want to go river rafting, paragliding, scuba diving, hiking or something else, and Kavala Greece has got magnificent countryside.

April to May is the best time for hiking when everything is green and fresh. The ‘Water Road’ path hike splits into two sections with the 2nd section being more demanding. It takes you to the village of Old Kavala and there is a part where you can look over Thassos and the Philippi valley. If you organize a hike with a hiking tour, most time you get a Greek traditional picnic lunch included.

An absolute favorite for every holiday season, Kavala is about pure relaxation and doing all those activities that are completely different from your usual day-to-day routine.

It’s a place where you’re going to have time for lots of spontaneous activities. Kaval Greece never disappoints, and whatever it is that tickles your fancy there is something for everyone to see, do and taste. When you leave, you’ll leave a piece of your heart behind.