Here’s a small collection of some Hydra island photos I have taken during my last visits.  The small Saronic isle, just a stone’s throw away from Athens, is one of the loveliest getaways in Greece.

The island is built in the shape of an amphitheater right on a slope that looks over the sparkling blue expanse of the Argosaronic gulf. It’s only an hour away by ferry from Athens and a simple getaway that is romantic and calming. 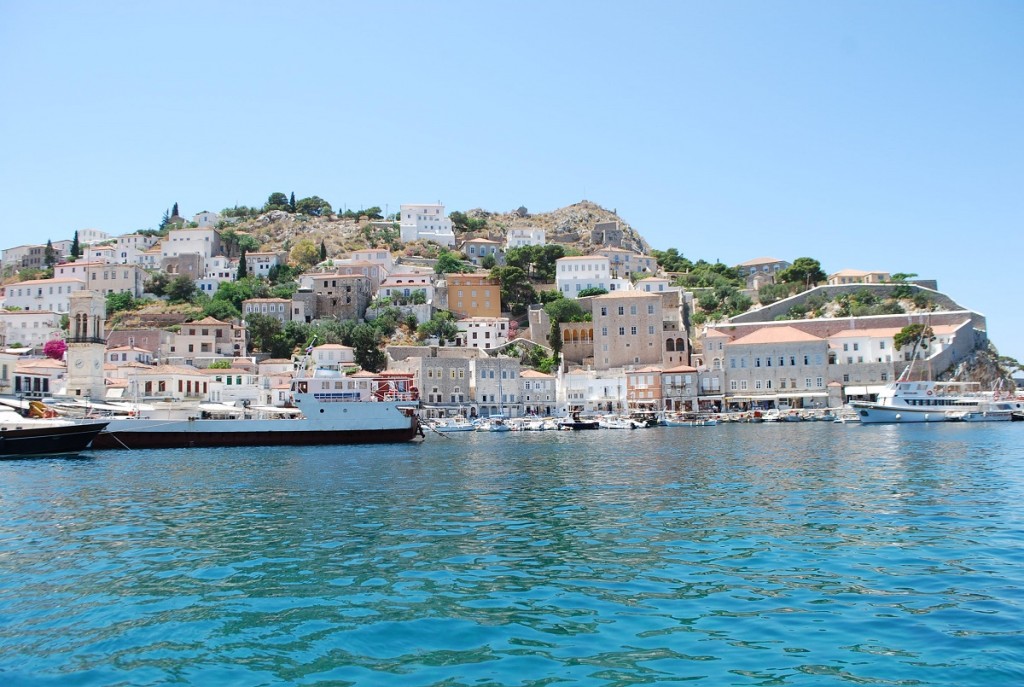 Hydra is captivating and near Athens. 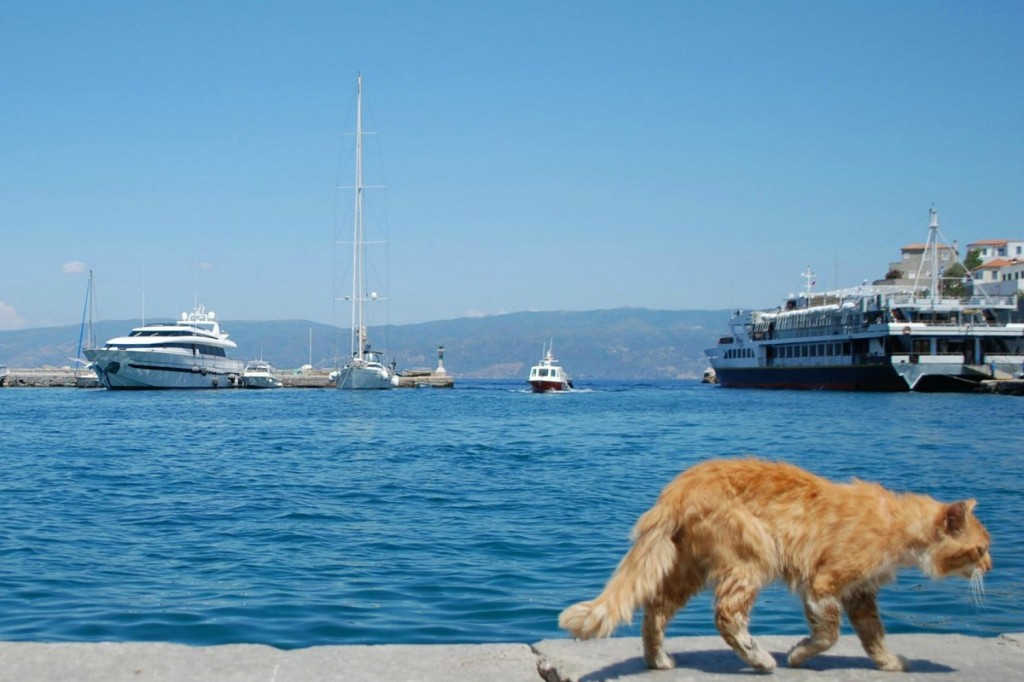 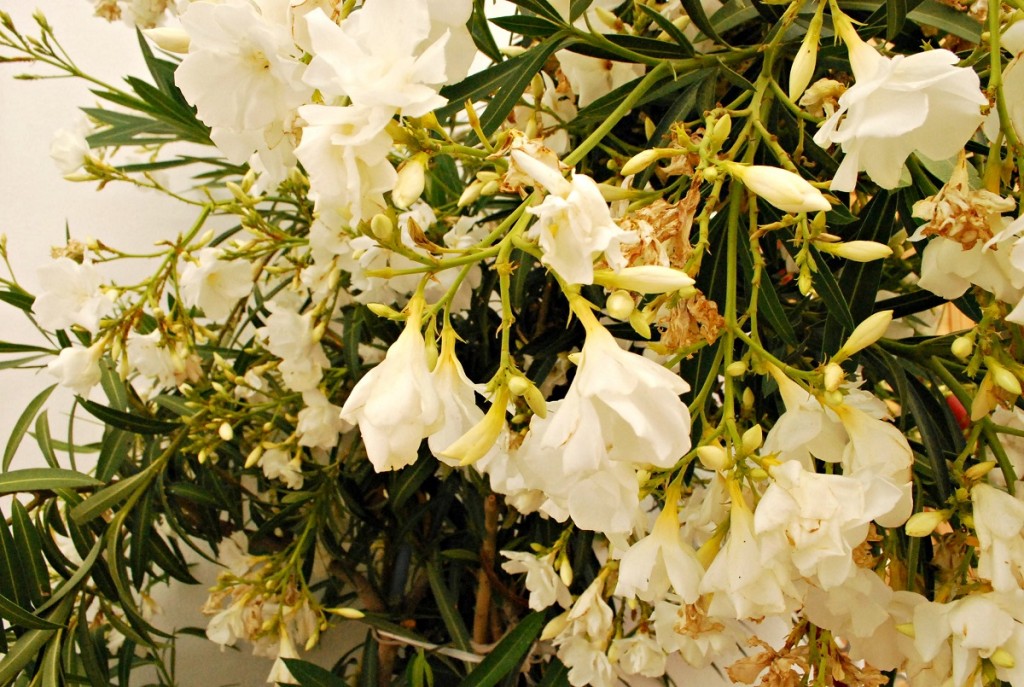 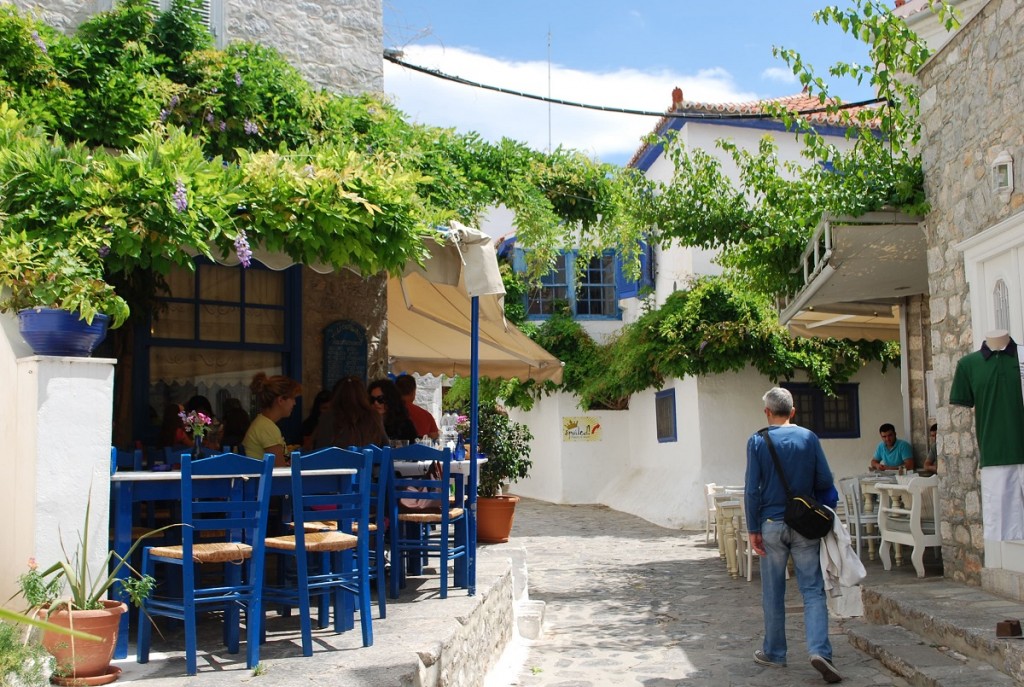 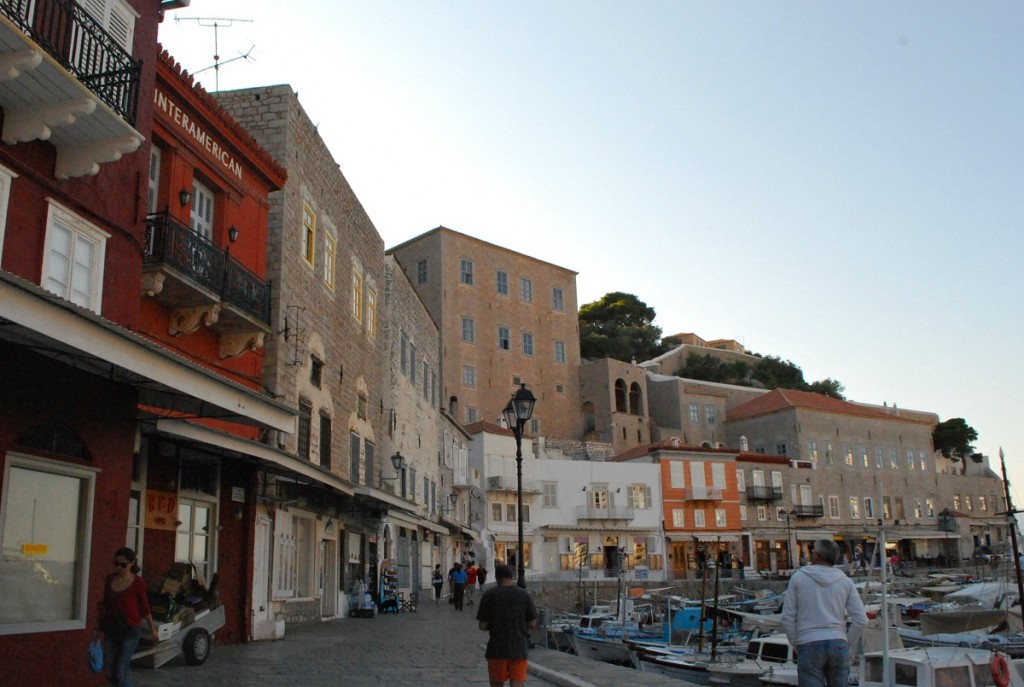 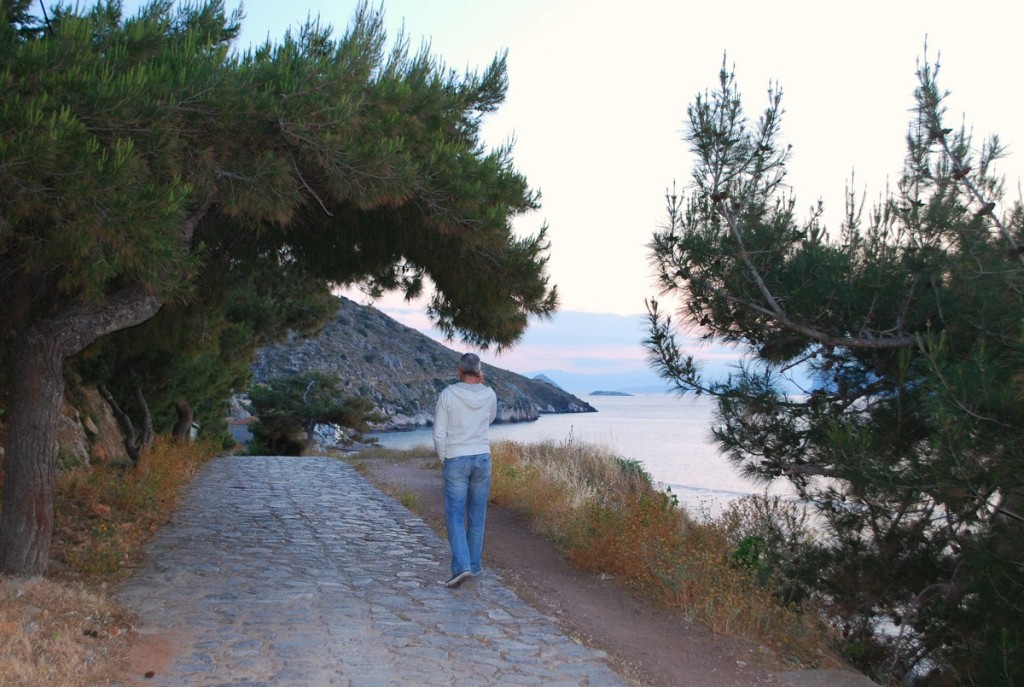 So, what can you find in Hydra’s main town? There’s a picturesque harbor, lovely cafes along the water’s perimeter and places to drop off and swim right into the sea.

Walk in its stone path and cobbled lanes you’ll discover  traditional stone mansions dating back an era of maritime wealth and secluded squares surrounded by colorful gates or small taverns. 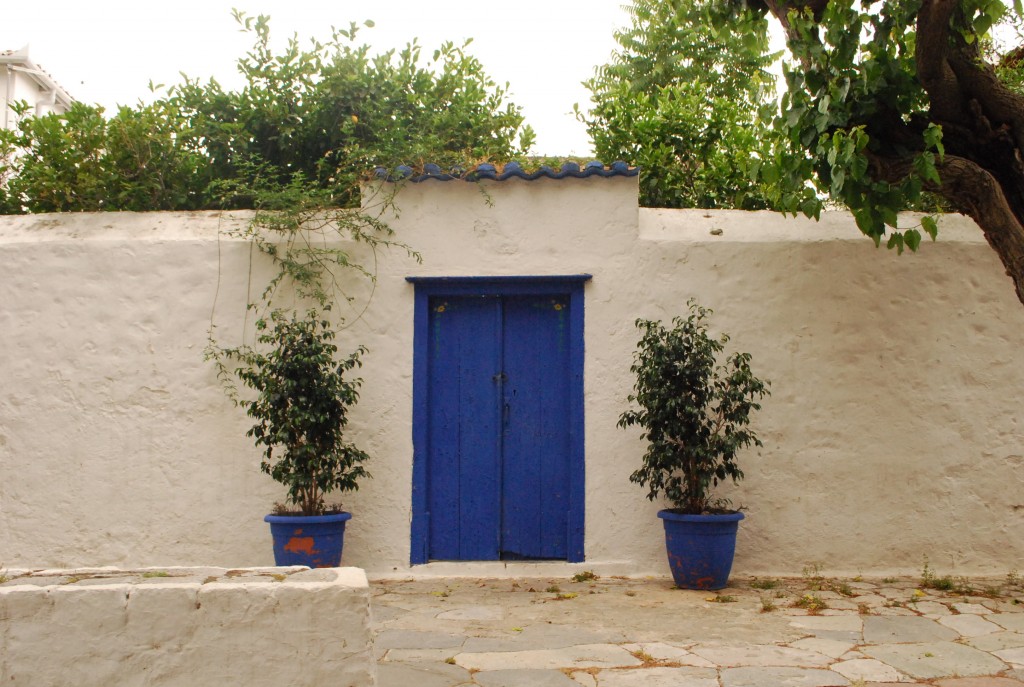 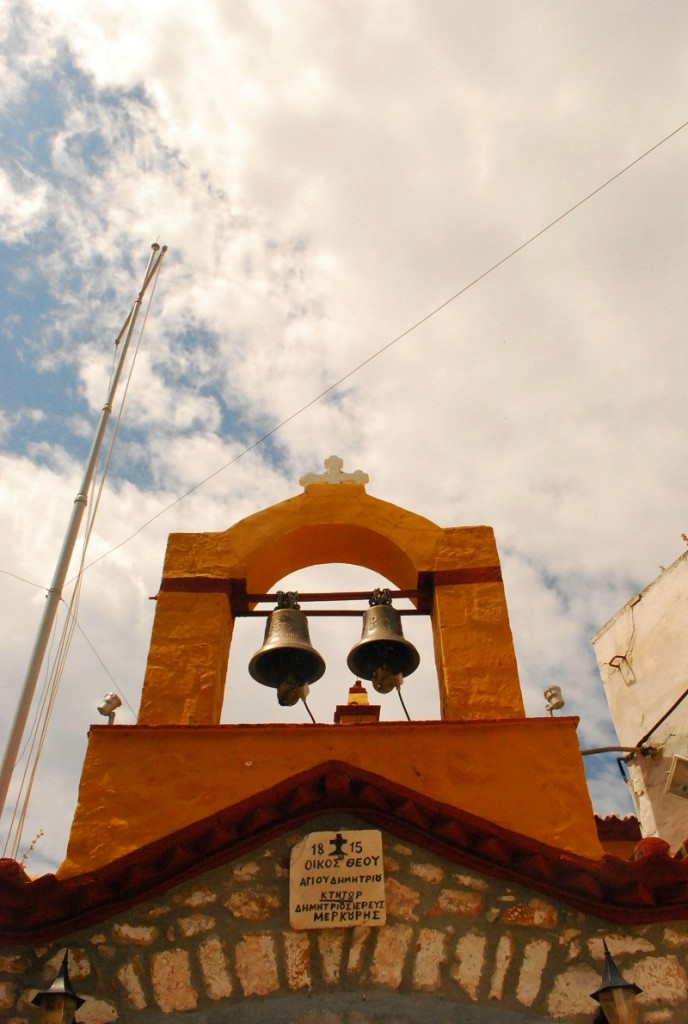 No Cars on Hydra

I think one of my favorite features of Hydra is that no cars are allowed.

The 500 donkeys living on the island are the public transport and the hardest workers. They transport luggage, packages and all the rest around the island.  I think that’s a huge reason this island has kept a very unique and serene atmosphere as time passes on. 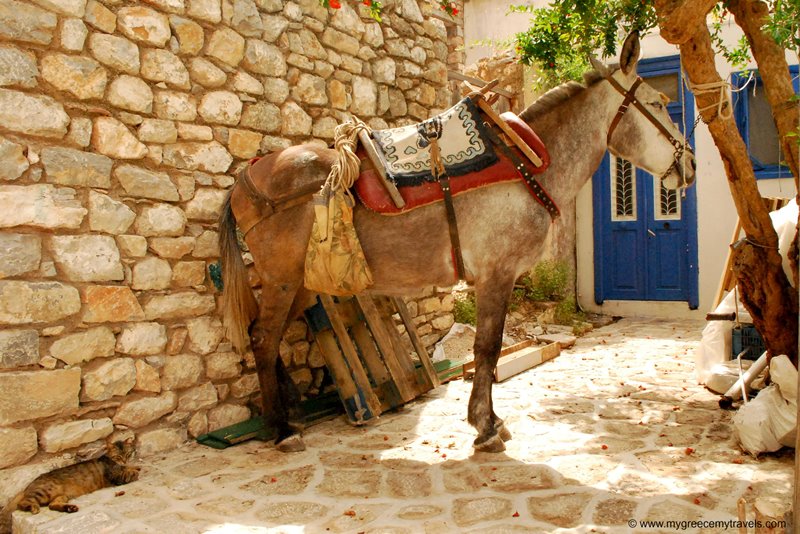 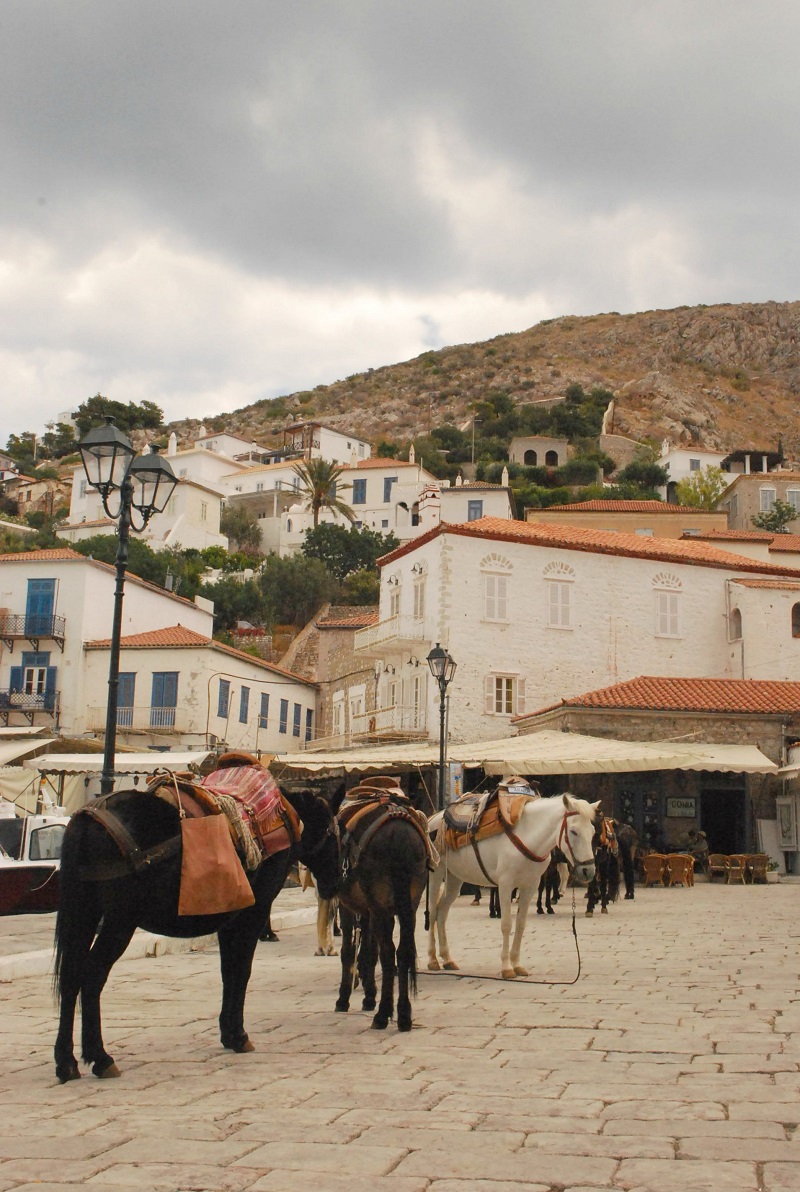 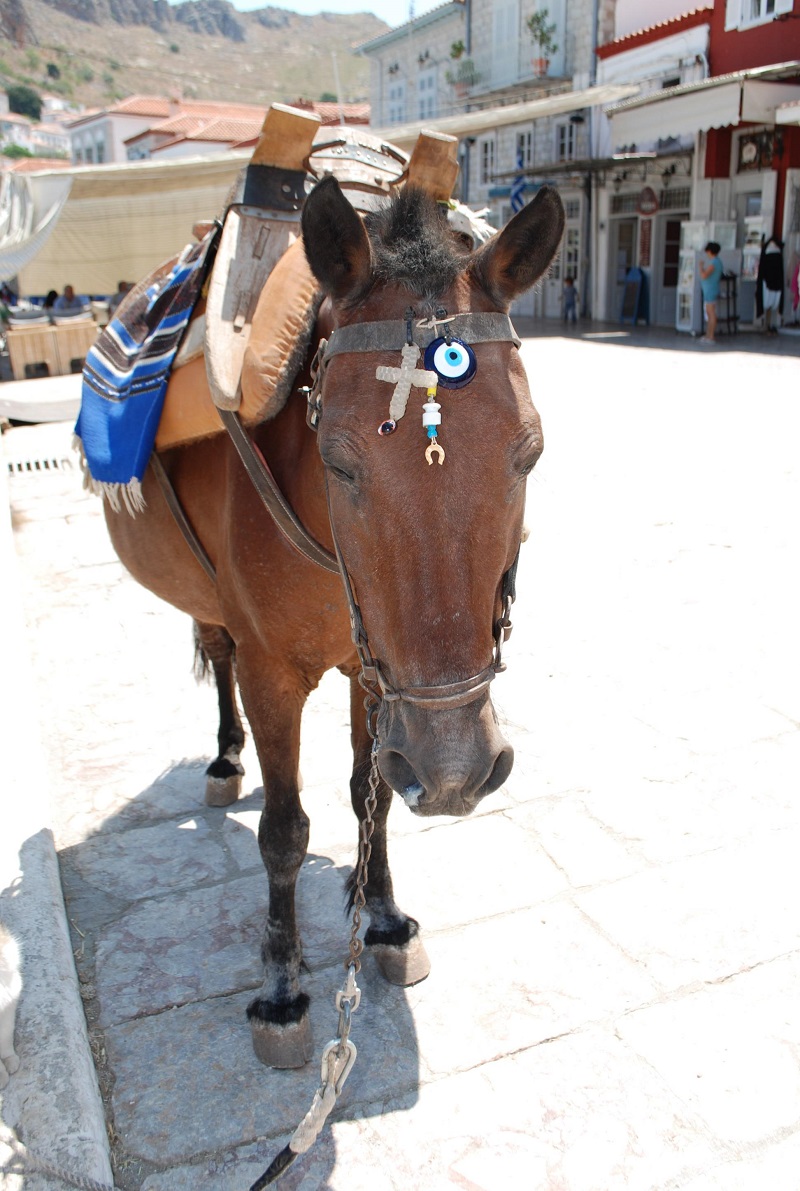 I’ve visited Hydra several times and would love to stay there for an extended period. The island has inspired me enough for me to write in a few scenes from the island in my romantic comedy novel Chasing Athens.   I simply love that burst of color you’ll find throughout the architecture. 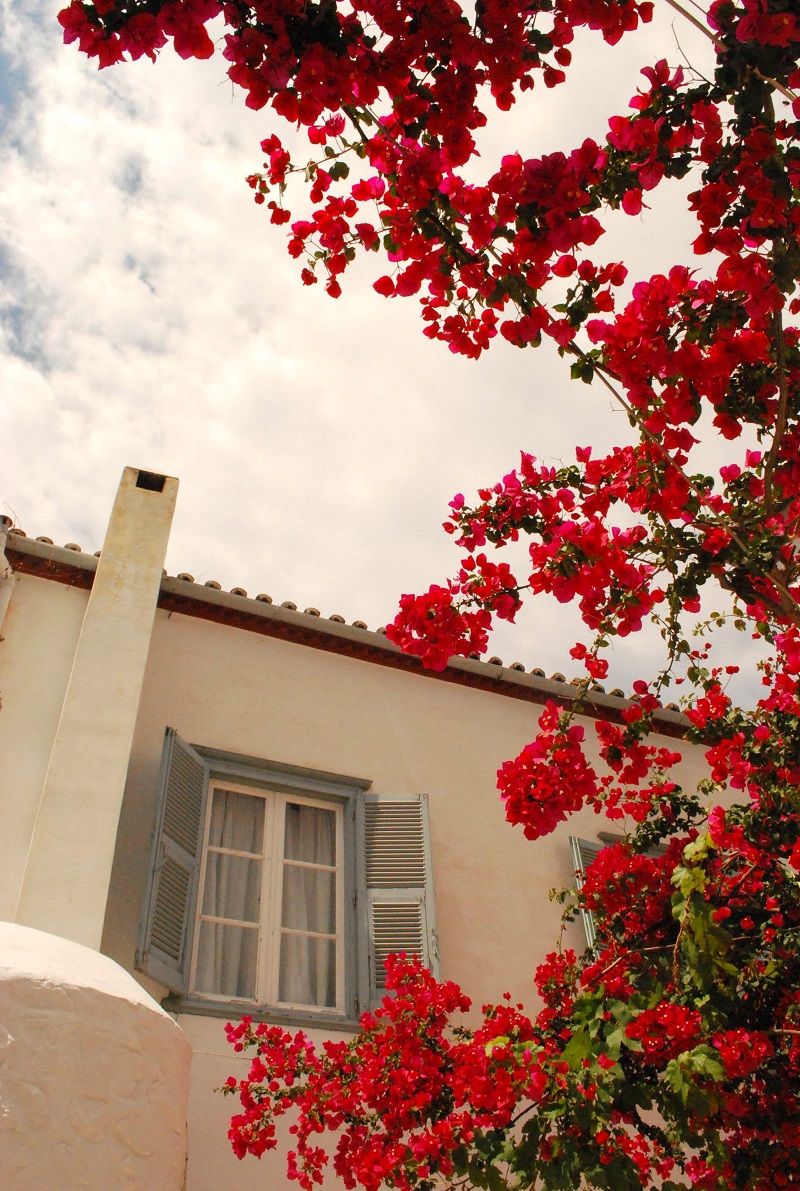 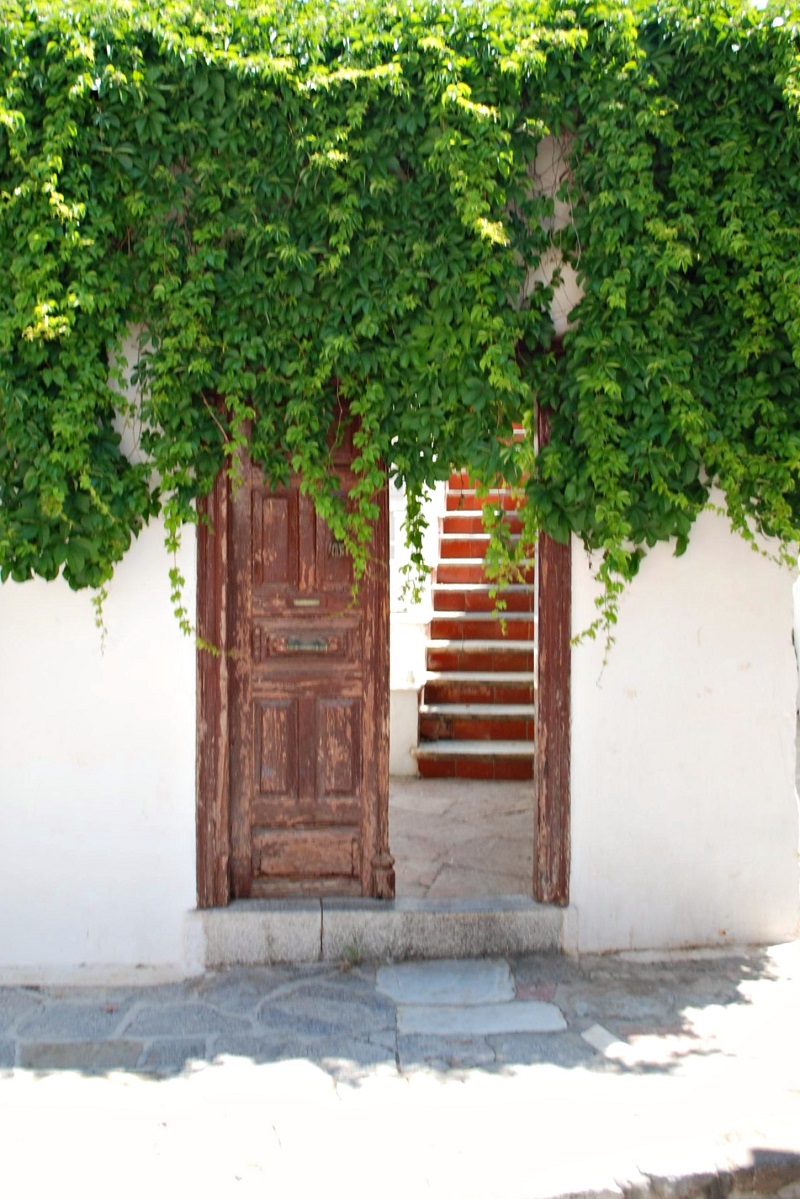 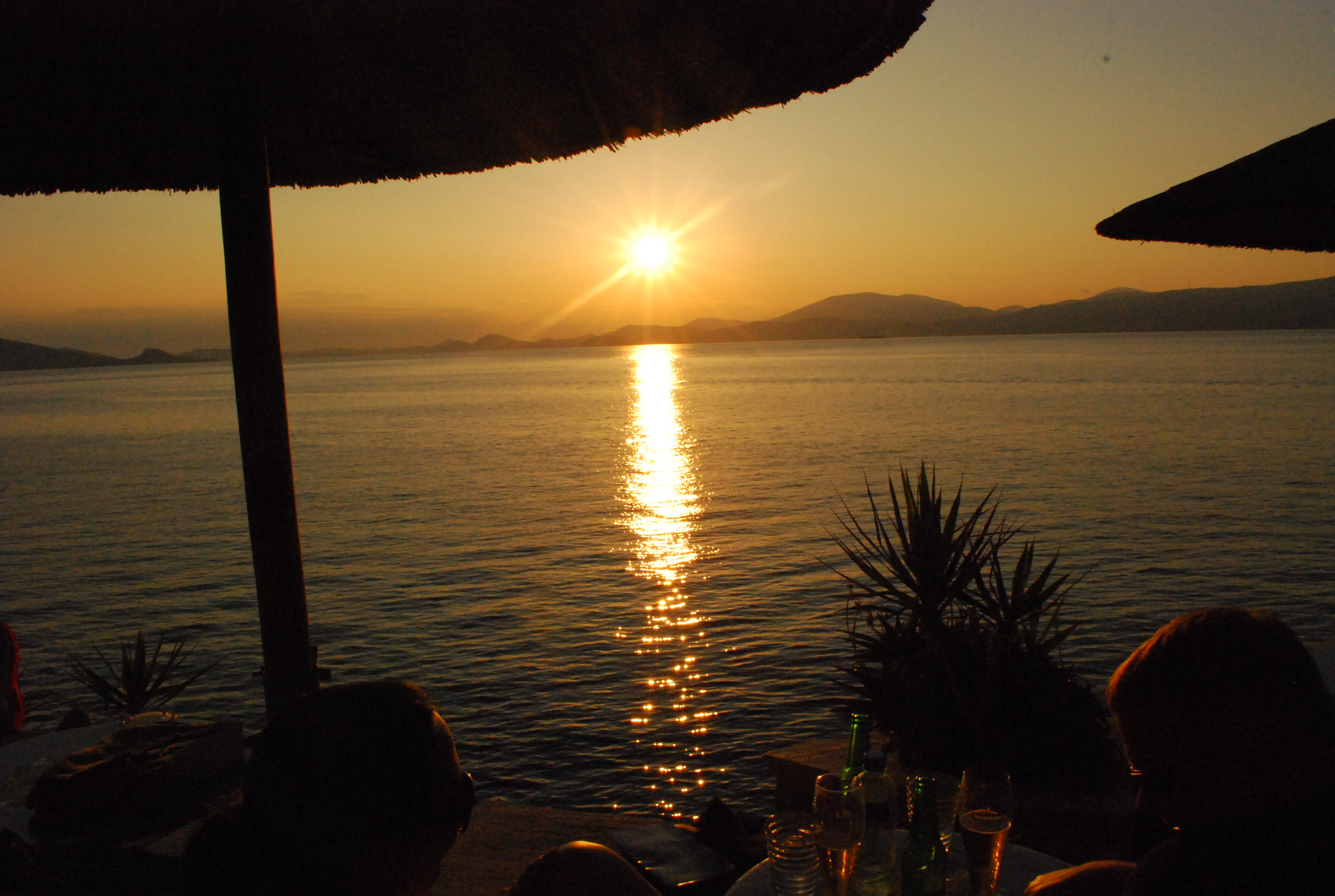 Cars are not allowed on the island. You can get around the way locals do: by foot, by donkey and by water taxi.

Beaches are best accessed by water taxi. You can find water taxis that stop at nearby beaches at the docks.

For more on where to eat and drink on the island check out my earlier post: Where to Eat in Hydra.

How to Get to Hydra

You can hire a private boat or helicopter.

However, the easiest and most economical way to reach Hydra is by ferry from the port of Piraeus. The trip is 1.5 hours long.
The companies called Flying Dolphins and SpeedCat have many ferries departing each day from the port.  You can check www.openseas.gr for updated timetables.  The tickets cost around 10 Euro/one way.

Have you been to Hydra?  What were your impressions?